Well, listen to this.  My city has once again decided to celebrate America’s birthday on a Saturday no matter what, regardless of the date.  I’m pretty sure that next year, we’ll be celebrating it on a Saturday in June, for crying out loud.

All of the 4th of July festivities are today.  Not Tuesday.

And I would be on board with it EXCEPT THAT THEY WON’T CHANGE HALLOWEEN TO A SATURDAY.

And by picketing, I mean sitting in my air conditioned house waiting for fireworks.

This post has nothing whatsoever about school, but it’s okay because I’ll be back on Monday with Monday Motivation!  It’s all about the Writing Center and since I just recently updated mine, I’m excited to talk about it.

You’re not going to believe this.

But I started Yoga.

Let me back up.

YEARS AGO, Steve and I did a work-out routine called Insanity which, in fact, is the perfect name for it because it is literally an INSANE work-out.  It’s one of the reasons I finally went to the doctor to then later find out I have a serious heart condition and should never have been doing it in the first place.  Well, once a week, there was a Yoga routine.  Most of the days were lunges and burpees and running in place and sweating and lots of This is so hard (Steve) and lots of I think I’m going to have a heart attack (me) but on the Yoga day, I ABSOLUTELY LOVED IT.  I didn’t feel like I was going to die or not be able to finish or what-not.

But I LOVED IT.

Well.  Then I found out about my heart condition, and then my life kind of stopped while I adjusted to medicine and things, and I wasn’t even allowed to work out for a long period of time, and I had to wear a heart rate monitor just to make sure I wasn’t getting my heart rate up past a certain rate, and then when I was finally given the go-ahead, I was only allowed to walk.

Although I tried several times to do other work-out things (because I felt like I wasn’t really working out just from walking) and was emphatically told no, either by my body or my cardiologist or the people around me.

So I just walk.  Womp womp.

Recently, I was scrolling through Facebook or Instagram or who-knows, and I saw this Yoga Burn ad and I thought . . . this won’t get my heart rate up.  And I’m a woman.  And I want to get lighter.  And healthier.  And hey, happier is always nice especially since I’m already happy.

So I bought it.  It was under $40 and you could download it right then and there.  So I did.

And I’m so proud to tell you that I did Yoga THREE WHOLE TIMES WHILE WE WERE IN MEXICO.

THREE WHOLE TIMES IN OUR HOTEL ROOM!  WHILE ON VACATION FOR TWO WEEKS.

I mean.  I deserve a medal of some sort, don’t ya think?

I’m in Phase One, if you couldn’t tell.

And I’m here to tell you this.

I do not get my heart rate up.

I have NO BALANCE WHATSOEVER.

And I am SORE.

I think I’m sore because I keep falling over.

Each workout routine is 15 minutes and then repeats for a total of 3 times (45 minutes).  I like this because for the first round, I’m a wreck.  I’m like whaaaaat is she doing? And then the second time I’m more like I think I can do this, nope, oops, I fell over again, maybe I can’t and by the third time, I’m falling down less and getting the hang of it a bit more.

What I do not understand at all is how my butt, legs, abs, arms, and everything else is so sore when I haven’t lifted one weight and really and truly haven’t done lunges or sit ups.  I mean, they’re in the routine but not in an awful I HATE THIS – I WANT TO STOP – THIS IS THE WORST – HOW DOES ANYONE EVER GET ADDICTED TO THIS AND BECOME A BODYBUILDER type of way.

I have high unrealistic expectations that I’m going to become long and lean and fit and taller somehow, from all of the lean-ness going on and all the core work and all the good posture stuff.

I think you only have to do it 3x a week but I’m doubling it and going for 6 days a week.

Hey.  I’m serious about this.

You might not be able to recognize the Zen me in about three months. 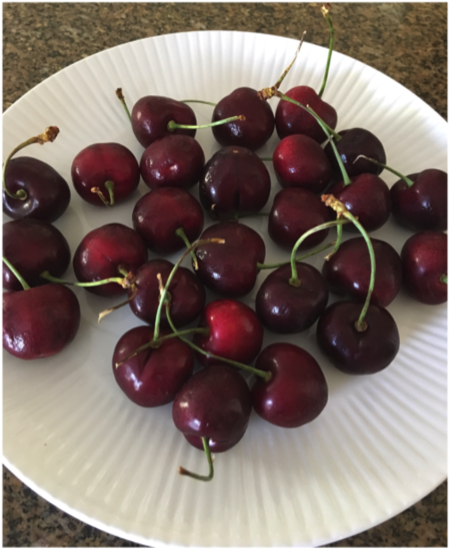 They are my absolute favorite.

I must eat all the cherries while they are in season.

Give them all to me.

I do not care that I have to eat around the seeds, and spit the seeds out into a cup like a good ole boy from the country sitting on my front porch watching the car(s) drive by.

I have eaten more than my fair share this week and thought I wonder how many cherries equal a serving?

And you will not believe what I found out.

Are you ready for this?

Are you sitting down?

Are ya kidding me?

Who makes this stuff up is what I want to know.

Once you get around the seed, you’re not really left with any cherry “meat” at all.  I seriously do not see how ten cherries add up to anything bigger than a peanut.

My serving size typically is throw cherries into a red Solo cup until full, eat, re-fill as necessary.

It’s not like we get to eat them every day.

It’s not like they’re bananas, for crying out loud. 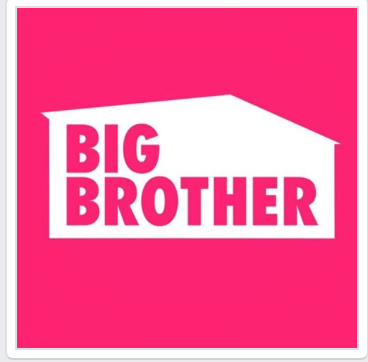 Is anyone else excited for this?!!!

I was so excited all day on Wednesday and then Steve got home super late so we didn’t even watch it until Thursday!  I was not a happy camper, let me tell you.  Steve does not like Reality TV at all, but for some reason, I have him addicted to this show.

Aren’t I a good influence?

I hate getting to know a new cast, though, because they’re all strangers to me and I can’t figure out who is going to bug me and who might be my favorite.  Last summer, I really disliked this Paul character.  He was literally a character — so so so weird and he kept referring to himself as “your boy” as in Looks like your boy is in trouble this week and I would reply (to my TV or to Steve or to the air, in general) you are not my boy, stop saying that, use the word I every once in awhile, it won’t hurt or make you look un-cool either, if that’s what you’re afraid of!

Paul grew on me.  And he grew on Steve.

And then we were rooting for him.  He actually made it into the final two.

Well . . . spoiler alert if you’re going to watch this season and haven’t watched the first episode yet . . .

And it comes on three times a week!  WHICH IS THE BEST!

And yes, I know I have issues, we’ve already covered this.

Christina of Mrs. Winter’s Bliss came to visit me for the day!  We used to teach together a long long long time ago and then she moved to North Carolina.  But we have remained close friends and she is one of my girls!  🙂

Before she left, she said she wanted to take a selfie.  Murphie acted like she wanted to be in it, but looking at this picture now just cracks me up.

Look at her with the side eye to Christina.

MAKES ME LAUGH SO HARD!

And her ears are back so she was definitely not at all relaxed, but she was a good sport.

I loved my day with Christina and love summer for the luxury of having the time!!!! 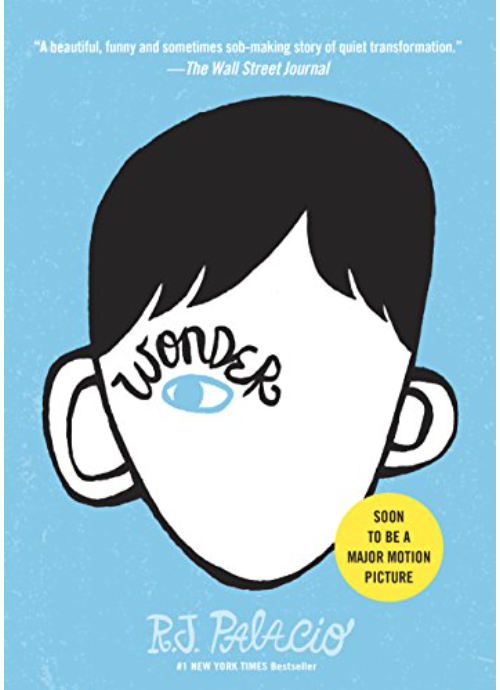 I thought I had already read it, but I hadn’t.

I seriously thought I had.

I read a lot so I was surprised that I hadn’t and I argued with myself about it.

Now I can’t put it down.

I bought the picture book for my class at the end of the year and can’t wait to read it to my class AT THE BEGINNING of the year to set the tone.

If you are one of the few remaining people who have not read this book, I highly recommend it.

Well, that wraps up this week!

See ya back here on Monday!