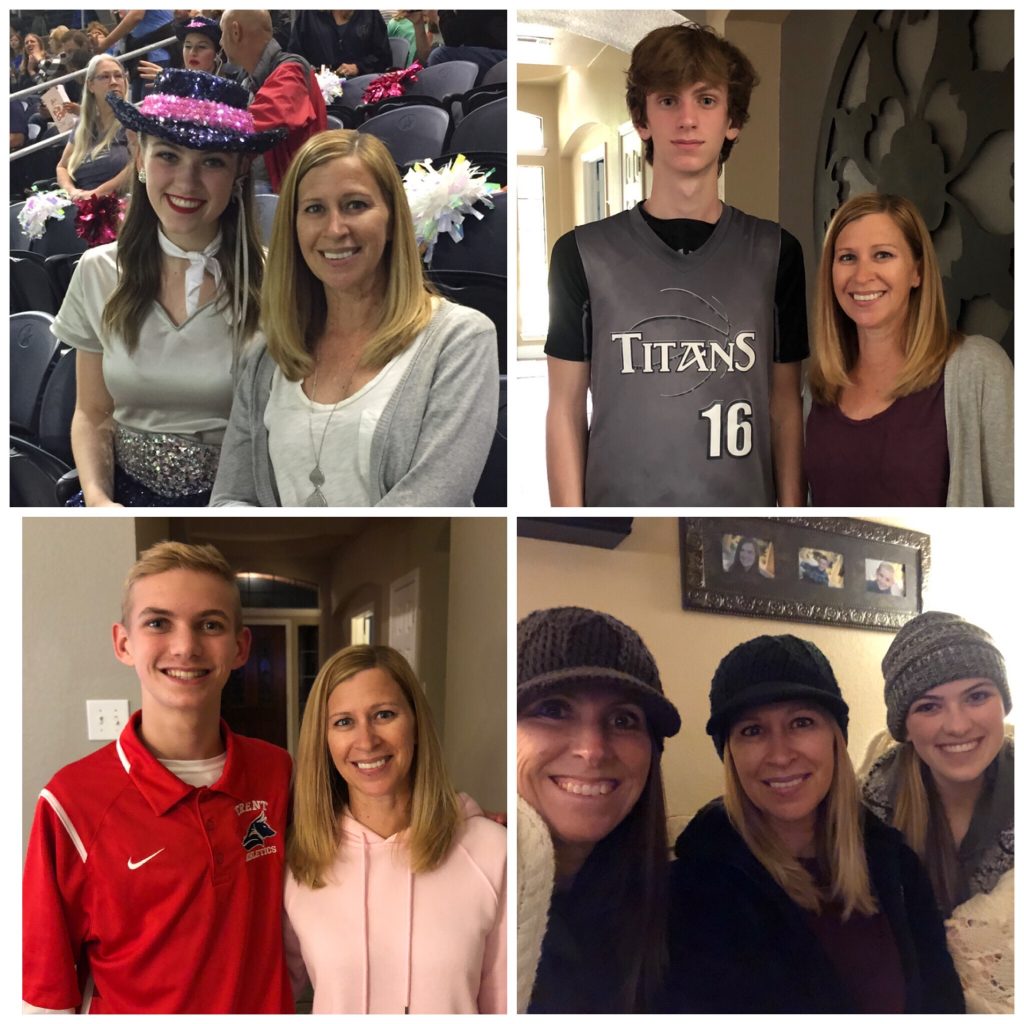 I snuck off to Texas for a longish (but not nearly long enough AT ALL) weekend!

I had the BEST time!!  Seriously.  THE BEST.

Kerry is the one who convinced me not to blog.  We can all blame her.  😉  When I mentioned that I didn’t even know what to blog about, and how I asked people on Instagram to ask me questions so that I could possibly, maybe, sort of do a Frequently Asked Questions type post or something — I mean, I’ve seen other Instagrammers doing this and it seemed like lots of fun — and how, after asking for questions, I only got COMMENTS from a couple of well meaning people and THAT’S ALL – well, Kerry said SKIP YOUR BLOG THIS WEEK.

So I shrugged my shoulders and said okay, sounds good, whatever!

Any, anyway, we were SUPER busy.  Holy activities, Kerry and her husband, and their three kids are CRAZY BUSY.

I practically got whiplash watching them all keep up with one another and get from here to there, and back around, and when it’s 9pm there, they’re all still wide awake and running out to get ice cream, or dashing to Target, and I’m just sitting there like . . . um, hello?  9:00 means go upstairs, brush your teeth, and GET IN BED to read a chapter in the novel you’re reading which you don’t actually remember reading at all the next day because you were so exhausted in the first place.

Here’s what you need to know about my weekend:

** Madison, my 16 year old niece, is on the dance team for her high school.  They just so happened to have their football game at the Star, which is the Dallas Cowboys Headquarters.  The game was indoors, the stadium is state of the art, shiny, and beautiful.  I absolutely loved watching her dance at halftime.  She is seriously living the life I wished and daydreamed about when I was in high school.  The best thing about Madison is that she is as beautiful on the inside as she is on the outside!  I don’t know if you can tell from the picture, but she is a Rangerette.  Which is why she looks like a dancing cowgirl in a super sparkly glittery hat.  Plus, they dance in white cowboy boots.

** Collin, my 14 year old nephew, played in a basketball game and, I swear, it was CRAZY because of the coach on the other team.  HOLY EXTRA.  I mean, this guy was a BARKER.  He was absolutely NEVER quiet, he was actually quite rude and, at one point, was using foul language in front of all the players, and, at another point, told Collin’s coach that he was from Chicago and was prepared to fight.  I was pretty darn sure we were going to be on the news!!!  The amazing thing was how calm and cool and collected Collin’s coach was.  SUPER IMPRESSIVE.  I, on the other hand, was OUT OF CONTROL.  Kerry had to hold me back.  Apparently, I embarrassed her.

** It rained every single day.  EVERY SINGLE DAY.  The temps also got down into the 40s, and with the WIND CHILL, it felt like it was in the 30s.  OH MY MY.  We even had a fire in the fireplace!!  Texans everywhere near Dallas are sick and tired of it, SICK TO DEATH OF IT, they have had rain for SIX weekends IN A ROW, but let me tell you . . . this Southern California girl was LOVING EVERY SECOND OF IT.

** Caden, my 12 year old nephew, played in a football game in the FREEZING COLD RAIN and we stayed for the ENTIRE GAME.  The weather was so bad that they shortened the quarters to six minutes each.

I’m more of a baseball girl (GO DODGERS! We are in game 7 tonight against the Brewers and whoever wins goes on to the World Series to play the Red Sox), than a football girl, so call me crazy and stupid, but 6 minutes x 4 quarters = 24 minutes.  And we were out there for AT LEAST AN HOUR.

What’s with all the time-outs?  Do you not know that it’s RAINING?  And that I’m shivering?  And that even though we had a big ole golf umbrella, and I was wearing Kerry’s snow boots, and Madison’s North Face jacket, and Madison’s winter coat on top of the North Face jacket, and Caden’s snow gloves, and Kerry’s winter beanie on my head, the rain was coming in SIDEWAYS?

HELLO?  ANYONE?  Do you not know that recess gets cancelled in Southern California for a light mist?  For a mist that we can’t even feel?  That when it’s sprinkling in Southern California, our parents send their kids to school with umbrellas and boots and hats and winter coats and call the office to make sure recess will be cancelled?

It was a tad bit hard to handle on my part, but hey!  Caden’s team won!!!  And then we went out for ice-cream because THAT MAKES TOTAL SENSE.

** Kerry, Madison, and I went to the movies and saw Crazy Rich Asians, which we ALL loved.  It was super good!  I tried to read the book, but I couldn’t get into it.  I know, I know.  I’m sorry.  I just couldn’t.  But I really loved the movie!!

** The whole family (Kerry, Robert, all three kids, and me) went to Del Pietro’s which is a small family Italian restaurant in their town.  It was such a fun dinner with lots of conversation.  I had the Rigatoni with Vodka Sauce (I added chicken to be healthy because you know me – I’m so health conscious and all) and it was TO DIE FOR.  Their portions are HUGE so we had left overs the next day.

** I walked on Kerry’s treadmill where I am currently binge watching old episodes of 90210 on Amazon Prime.  It is so bad, it’s good!!

I think that’s it.

I think I covered the whole long-ish weekend.

It was fast, it was a whirlwind, it was absolutely necessary.  I can’t believe how OLD my niece and nephews are getting, and how I feel like I’m running out of time to see them do all their fun sports stuff.

Once, Kerry said, okay, we’ve lived apart for long enough, which one of us is going to do something about it?

And I just really wanted to cry.

I can’t do anything about it right now because I’m teaching here, and I guess I need to teach longer for retirement purposes or something all grown up and adult sounding like that . . . and you know, Steve and Murphie are here, too, so there’s that . . .

But Kerry has kids!  And Caden is only 12.  Or already 12.  It depends on how you look at it.  And Madison wants to go to college somewhere nearby in Texas or Oklahoma so Kerry doesn’t want to be here in California . . .

I literally have my heart in two places.

Which means I have a broken heart because half my heart is here in California and the other half is in Texas.

Do you NOT have questions for me?  Like, really?  Is there anything you want to know about me or school or Steve or Murphie or Texas or how I’m addicted to Blistek?