In lieu of this week’s Five for Fraturday installment, I am bringing you a Public Service Announcement.

That’s me.  I’m all about being a public servant.

You need to create a Bitmoji.
Now.
Go.
Okay, well, first, finish reading my post, and then go create one.
Here is mine: 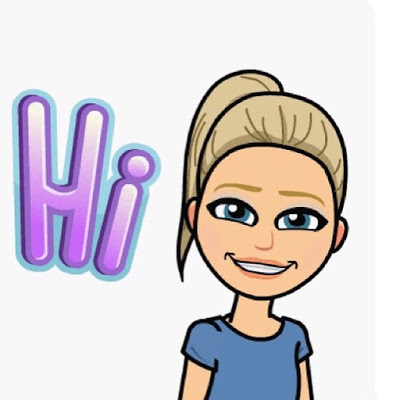 I know.  Isn’t it amazing how the resemblance is uncanny?  It’s like me IN REAL LIFE.  I can’t get over it.
I know you want one now.
Here’s how I became absolutely obsessed.
Kerry, my twin, sent me a text with her Bitmoji.  But she didn’t tell me anything about having a Bigmitji beforehand.  She just sent it as a reply when I told her something. 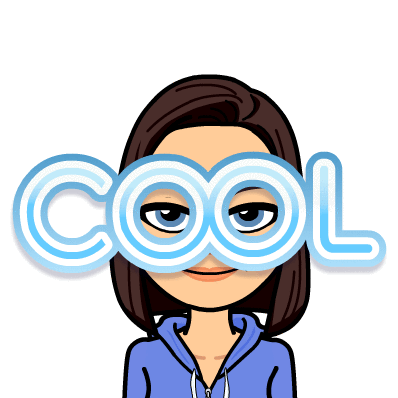 If you know Kerry in real life, then you know that this looks EXACTLY like her!
So I said, hey, how in the world did you do that, I want that, I want that right now!
And she replied that her friend did it for her.
I decided I could do it myself, and that I didn’t need Kerry’s friend because apparently, sometimes, I am a technology genius (in fact, I often help others with technology) so maybe I could be the friend that creates all of the Bitmojis and it will be like my special calling and the way that I am a blessing to others and then we will have peace and harmony in the world.
To that end, here’s how to create your own Bitmoji!
1.  Download the app on your phone.  It’s called Bitmoji.  And it’s free.
2.  Follow the directions.
3.  You will get to pick the shape of your face, your eyeballs, your eye color, your hair color, your nose, your hair style, and EVEN THE SIZE OF YOUR CHEST.
That was a toughie for me because, at first, I chose large just for fun, and just to see what I would look like.  And then I liked it.  😉
But I decided to keep it real and chose the chest size called non-existent.
4.  Choose your clothing.
5.  Start texting!
Now.
I do have to warn you.
You can put this on your phone’s keyboard.  The app explains how to do it.
I did it.
And then I started texting everyone I knew with my new Bitmoji because I am telling you — it was the perfect way to procrastinate on my report cards.
One of the people I started texting was Steve.  Because there are some really fun lovey-dovey ones.
And Steve cracked up.  He said they were making him laugh and that he liked it.  He liked it so much THAT HE MADE HIS OWN.
Like I said — peace and harmony in the world through Bitmojis.
Here’s my hubby: 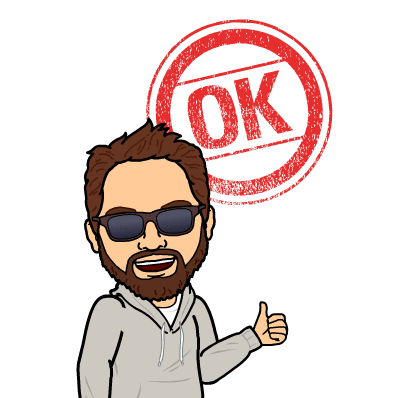 Ha!!
He did ask if I was ever going to type actual words in my texts anymore and I said why would I do that when you can have an exact replica of me saying what I want to say?
Later, as Steve almost always does, he read the fine print when the app tells you to “allow” Bitmoji on your keyboard.
It says, supposedly, (I don’t really know because I didn’t read it and just clicked allow) that Bitmoji can have access to your entire personal life through the keyboard.
This led Steve to tell me that if I were to purchase something on my phone or enter any credit card information on my phone (maybe, let’s say, for Panera at lunch time, as I often do) then Bitmoji would have it.
And I said there’s no way, that’s not possible, you’re crazy. 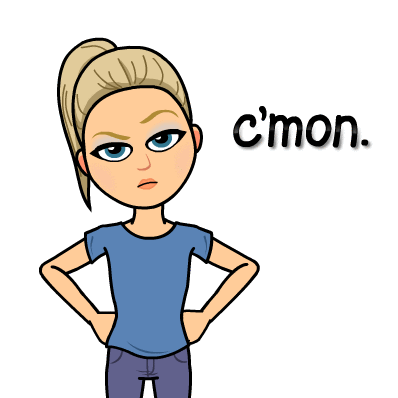 By the way, we can all rest assured that I will not be going to jail like Teresa Guidice of the Real Housewives because Steve reads the fine print on everything.
He continued to burst my bubble, and rain on my parade, and take away all that was right in my world, and he told me to turn it off. 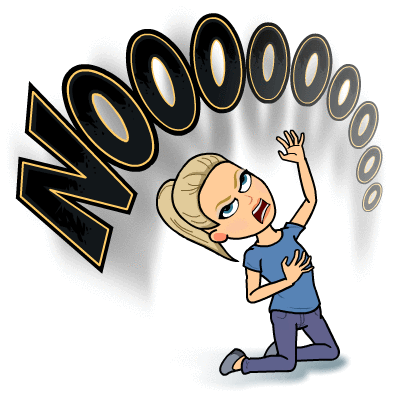 Seeing as how it was kind of stupid to argue over an app, I finally gave in.  And I cried. 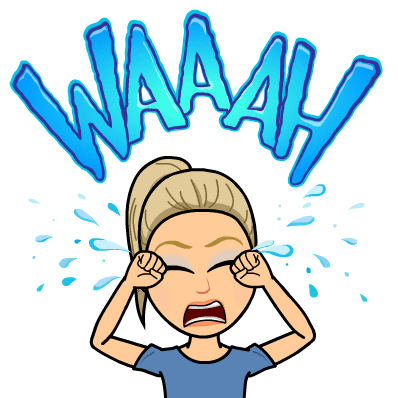 Steve felt bad.  I mean, just look at me.
I could cry all over again.
He did a little more research and he found that if you don’t want to allow Bitmoji access to your keyboard, then you can still text people from the app itself.  But the app won’t have access to all of your information, including that you like to purchase the Mac and Cheese Kids Meal from Panera.
To which I said: 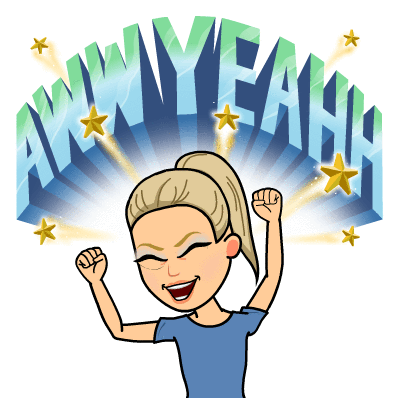 So now I just use my Bitmoji in the app itself which is a perfect compromise and means that I can also buy stuff off of TpT and Amazon on my phone with no apprehension whatsoever at all.
That’s what Steve said anyway.
Now I’m trying to decide if I should use this for my Talk About It Tuesday posts: 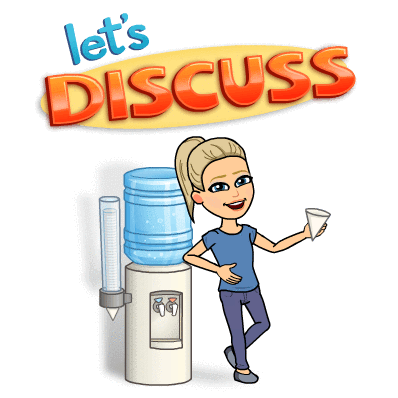 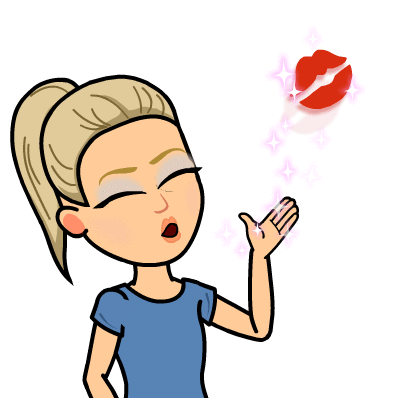