Did I forget to tell you that I have a four day weekend and it is pretty much starting right this very second?  I am already in my pjs, my feet are up, and I am not worrying about a darn thing.

We get tomorrow AND Monday off for Veteran’s Day.  That’s all I’ll say.

I’m not going to tell you about our Furlough Days That Are No Longer, and getting money back which is a good thing, but resulted in having to pay back the Furlough Days, and how the school calendar is all a big fat mess, and how I paid one day back in August even though I was super stressed with school starting, and how some people didn’t so now they have to go to work tomorrow to pay it back . . .

I will also say that we are studying Native Americans in Social Studies right now and it is fabulous.  I love Social Studies.  I’ve said this before.

Social Studies and me — well, we’re like french fries and ranch.

We are studying Native Americans “in general” and learning that there are all kinds of tribes in all kinds of regions.  But we’re not focusing on one particular tribe – our third graders do that.

With that being said, we learned that some tribes used teepees long ago because they were easy to move from place to place.

So we made teepees.

Which were way easier to make than a pueblo dwelling or a wigwam, let me tell you. 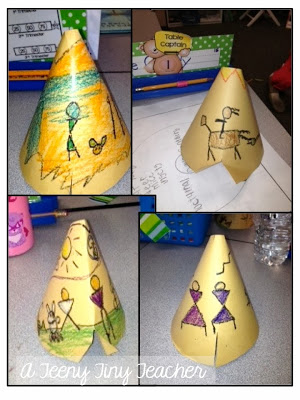 I found some Native American symbols in an old book I had so we some decorating ideas . . . otherwise I’d share them with you.  But the kids loved loved loved making these teepees.
Some were so excited that they actually wore them as a party hat.  But that’s neither here nor there.
I tried to make a fancy pictorial tutorial blah blah blah . . . and the following was as good as I could get it.
I am trying to use the Fancy Camera more often and I should probably take a photography class, but really?  When would I do that?
Before or after the Housewives?  Before or after dinner?  Before or after blogging?
Before or after chips and salsa?
Before or after wine?
See?
There is just no time.
So this is as good as it gets. 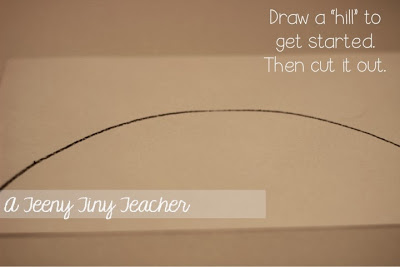 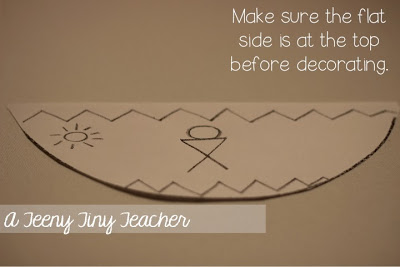 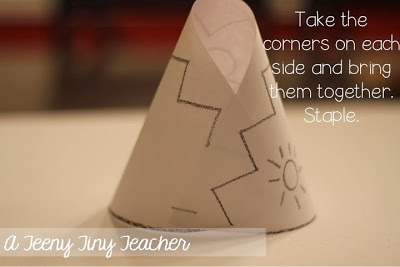 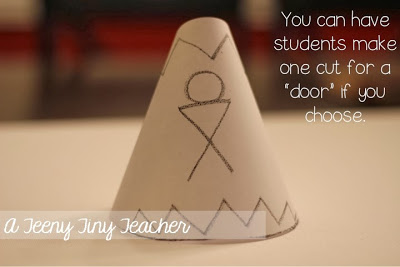 Well, not to brag or anything, but those last two pictures are pretty artistic if you ask me.  I have no idea what I did in order that I may repeat it, but if you know of any photography contests or want to submit this into the Parade magazine that comes in the Sunday paper . . . well then, by all means.
Obviously you could make the teepees bigger if you gave your students bigger paper.  And I’ve heard of teachers making these with tortillas and toothpicks.
I am not ashamed of my teeny construction paper teepee.
I’m not.
Next week (four long glorious days from now on), we are going to be working on a little project that I blogged about {HERE}.
And that’s all I’ve got for you tonight, people.
It’s time to find a reality TV show, pop some corn, and open some bubbly.  In other words, eat some cereal, watch reality TV, and most likely make some coffee in the Keurig.
May you have Monday off.
And may the odds be ever in your favor.
I am dying and cannot wait for November 22nd, by the way.
PS  Do you think it would be weird if I went to the movies by myself tomorrow to see Thor?
Because I love him.  And in my head he is my boyfriend.
OH. MY. THOR.
« My Truth Monday – On a Tuesday
Five for Friday »