I just love Sundays when I know I have the next day off.  Don’t you?

So this week, we learned how to put words into ABC order.  It has come up casually over the year, such as Hey! All the names that begin with A are on the top row of the cubbies!  or I think I know why Zoe is the last one in line, but I haven’t formally introduced it. Not to mention, I have had a kind of revolving door and so my perfectly perfect “Kids Are In Alphabetical Order By First Name” is no longer perfect, and actually makes me look like I don’t know how to alphabetize when Abigail’s cubby comes between Jack’s and Kate’s.

(All names have been changed to protect whatever.)

I started out our lesson by using the Houghton Mifflin Sound/Spelling Cards that are a part of my curriculum.

I put out three cards and had the kids help me get them “in order”.  We even sang the ABC song which made all of us nostalgic for preschool.

I know that song!  I sang that song in preschool!


I love this song!


Why don’t we ever sing this song?


Because it’s a baby song!

We started off easy, with only three cards and the first three letters of the alphabet mixed up.  The kids helped me get the cards back in ABC order.
Then I made it a little harder and added the letters D and E in the mixup.
And then, finally, I grabbed random letters to see if they could put them in ABC order even though several letters “in between” were missing. 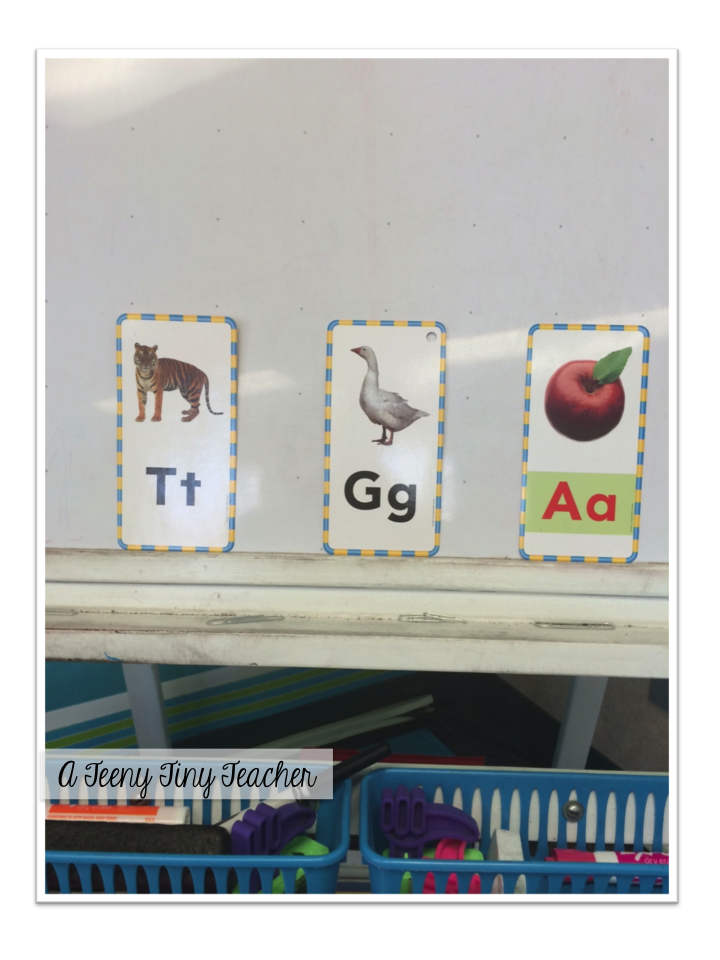 We started with 3 letters. 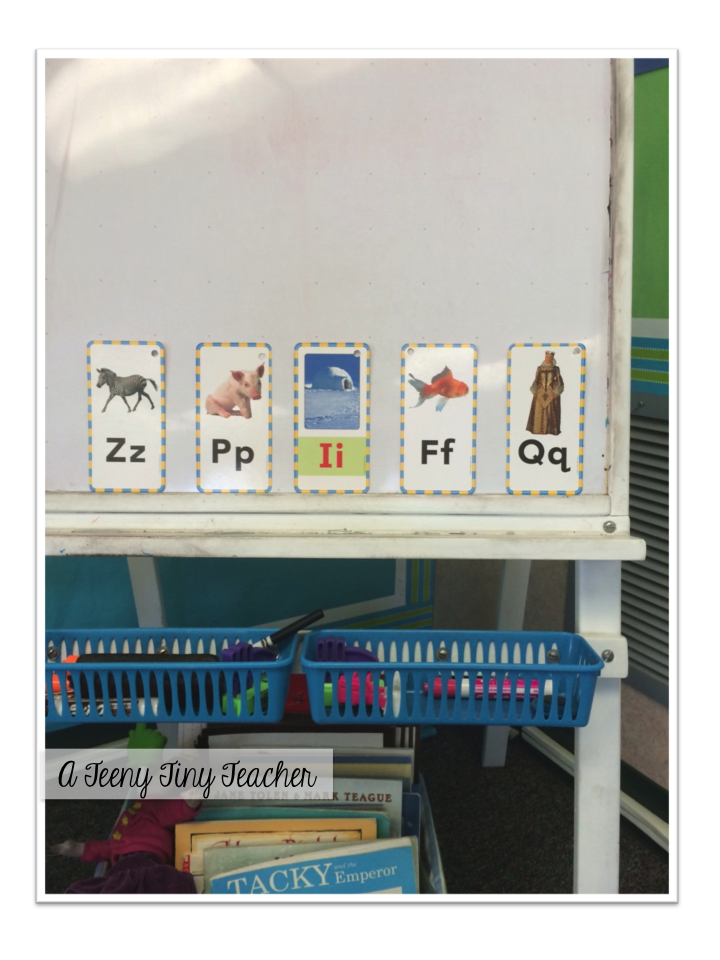 Then I made it harder with 5 letters.
The kids got this concept right away.  It was fun, engaging, and a little bit of a challenge so they referenced our word wall and ABC letter cards on our Focus Wall to help them.
Finally, we put words into ABC order. 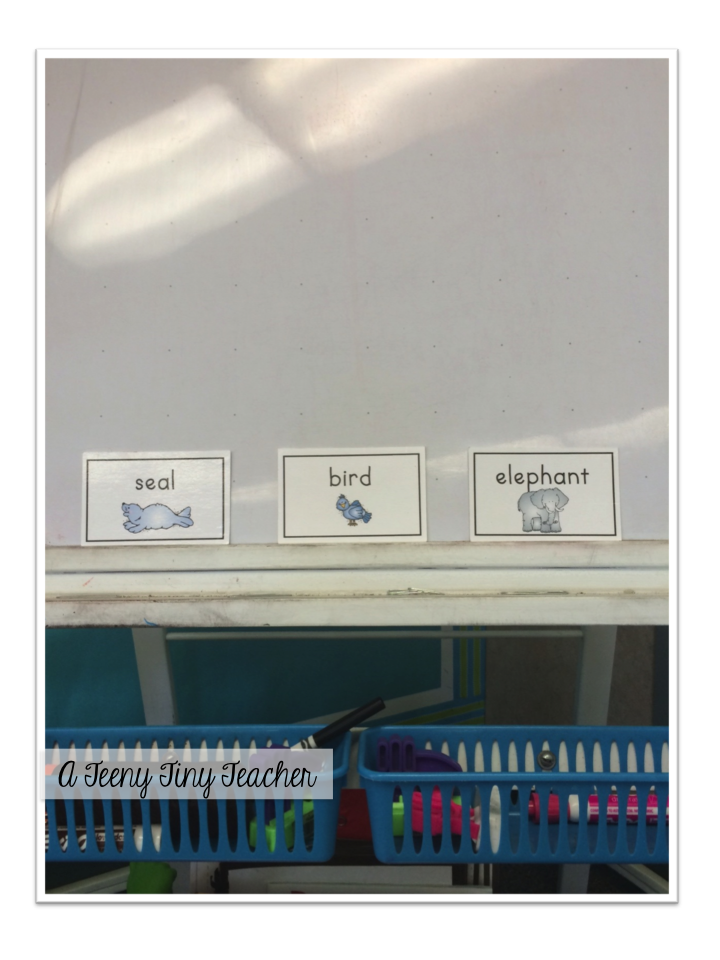 I have several sets of these picture/word cards and I handed each table group seven or eight cards to put into ABC order together as a group.
The kids LOVED IT!  One group cracked me up because they sent a scout over to the side of the room where the big Houghton Mifflin sound/letter cards are and he would determine which card came next.
As I checked each group’s ABC order, I would have them collect the cards for me, give them a new stack to try, and then check a new group.  We probably did this five or six times, and each time I would add cards to make it more challenging. 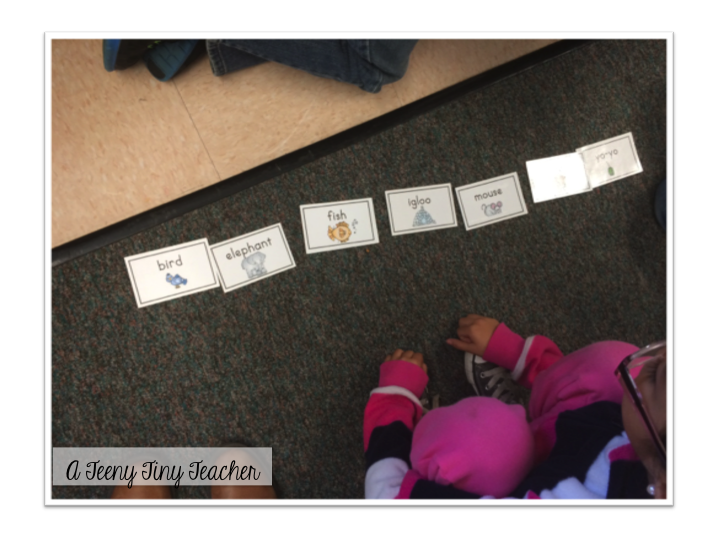 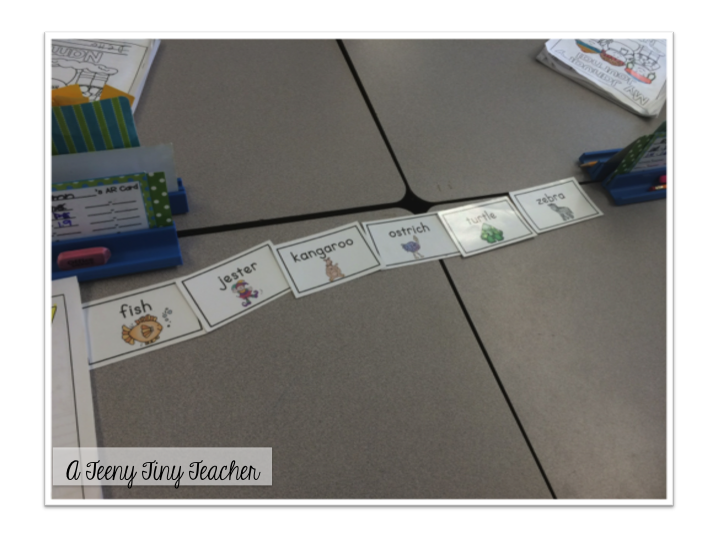 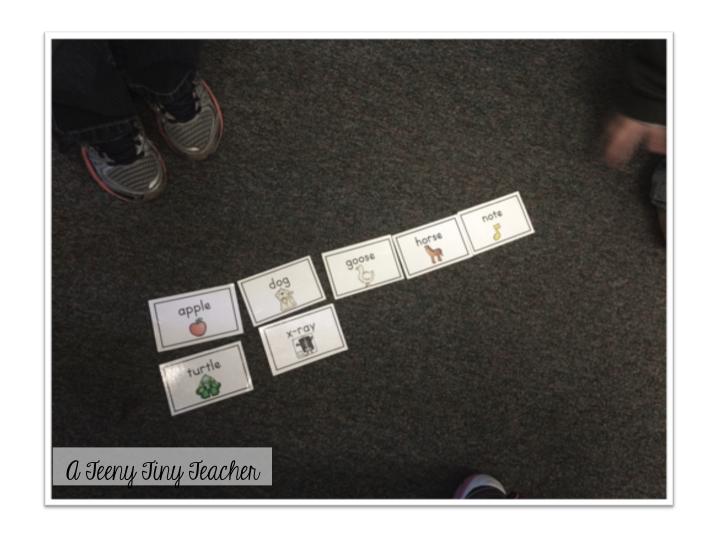 I loved hearing them yell, “We got it!  We got it!  Come check ours!”
Anyways, as I took pictures of this, I realized you might want the word cards and then I felt bad that they weren’t “cute” enough.  These cards are old.  OLD.  But they do the trick so that’s all that matters.  I made sure to include a picture along with the word so that my struggling readers would feel successful.  That’s also all that matters.
But . . . I decided to spruce them up for you (you’re welcome) and offer a black-and-white version if you want to save on ink.  I highly suggest making a few sets.  I have five sets (one per table group). 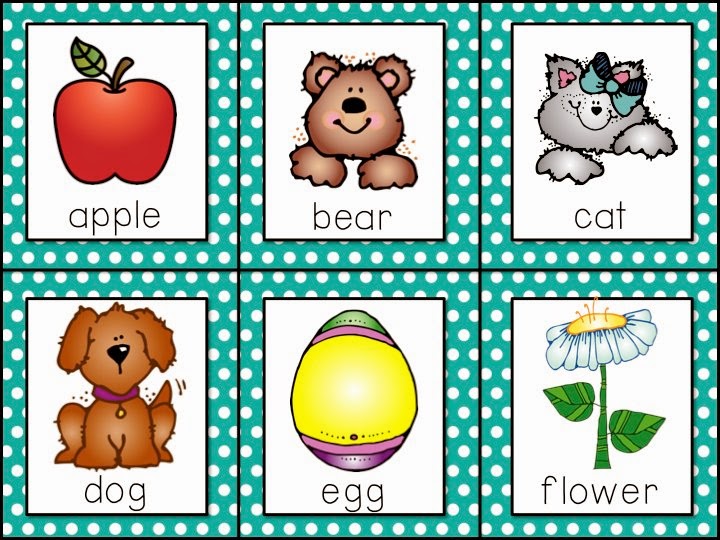 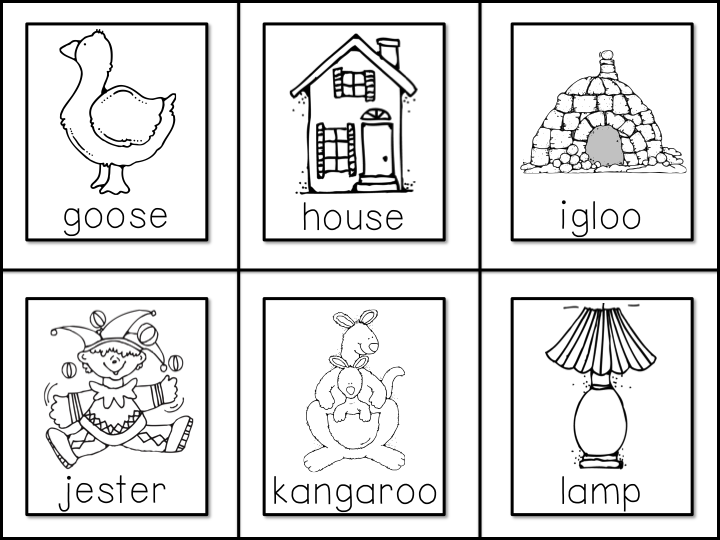 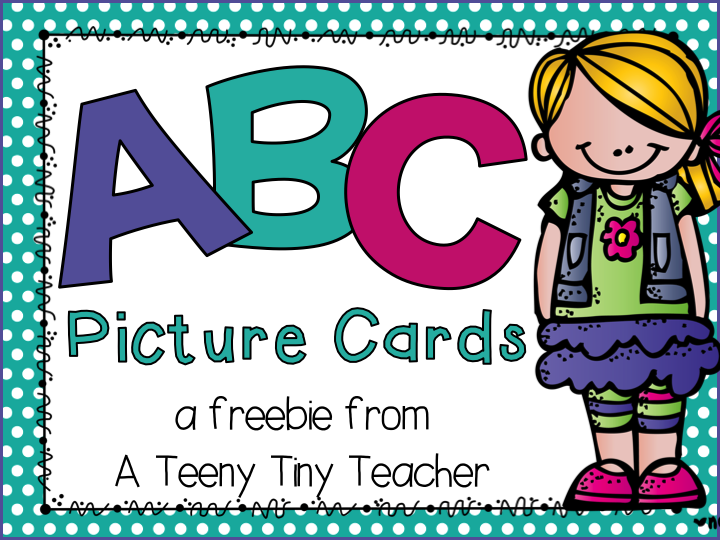 Click on any of the pictures or click {HERE} to download yours.
Obviously, you could use these cards for any number of things (and I do).  But I hope you can use them!
Have a great day!  You know I’ll be printing and laminating my own updated version since they are so much cuter.  Even though the old ones work.
Cute is cute.
Am I right?
« Five for Fraturday
Talk About It Tuesday »