Okay so this week, I spent A LOT of time with my family because Kerry and Madison were here.  I’m looking back, and I can’t really remember anything specific we did except for a special day which is the only day I have pictures of . . . but I know we ate a lot of my Mom’s chicken salad, we went to my older sister’s house to swim/lay out/eat snacks, we went to the mall, we watched a lot of HGTV . . .

But Wednesday was definitely the highlight of this week!  My sisters, mom, niece, and I had a Girls Day.  TAKE A LOOK!  (Once again, this post does not have one thing teaching related AT ALL, but come back on Monday when I’ll be linking up with Teacher by the Beach for Monday Motivation) 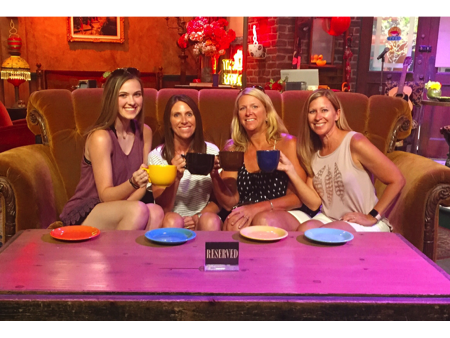 If you don’t, I feel sorry for you, and now you have a homework assignment.

Start binge watching Friends on Netflix RIGHT NOW.  Actually, finish reading this post AND THEN GET STARTED.  You won’t regret it.

We went to Burbank on Wednesday and took a tour of the Warner Brothers studios.  It’s an amazing tour and I highly recommend it.  It’s about 3 hours long, and at the end, you go to Studio 48 where they have all this fun, interactive stuff, and it’s self guided, AND YOU CAN STAY AS LONG AS YOU LIKE.  And they have the Central Perk coffee house SERVING REAL COFFEE AND OTHER BEVERAGES ALONG WITH CUPCAKES.  (I am sad to tell you that the cupcakes were a disappointment, but we ate them anyway, because hello?  Cupcakes.)

Studio 48 is where the Friends couch is.  And you just stand in a little line (I think we stood there for two minutes) and then these worker people (most likely interns working for free, and hoping to be discovered, as was I all the livelong day) use your own cell phone to take the pictures and they don’t charge you a dime.  NOT A DIME, I said.

My mom was there, too, but she was in another room designing a costume on the computer.  Ha!  When we said let’s get back in line and do it again, she said no.  GOSHDARNIT.  I would have sat on that couch over and over again.

We saw all sorts of fun stuff, like tons of Gilmore Girls stuff (THE GAZEBO!!!) and the sets of the Big Bang Theory, and Harry Potter stuff, and super hero stuff . . . it was FABULOUS. 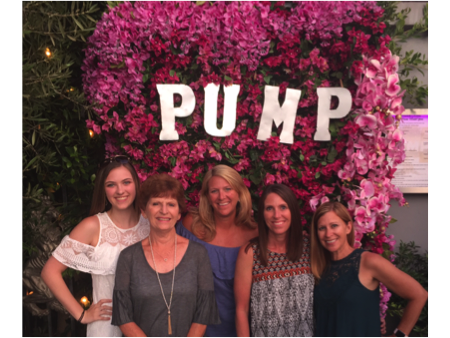 We brought clothes and make up and hair straighteners and perfume and all sorts of stuff to change into and look pretty and what-not and we had NOWHERE TO CHANGE.

I had this grand plan of changing at Warner Brothers studios, but once you’re out, you’re out.  To get back in requires a bag search and going through a metal detector and having tickets.

So we did what anyone would do while in Burbank and driving to Hollywood to have dinner.

We found a parking garage, located a spot in a dark corner, and CHANGED IN THE CAR.

And some of us put on Spanx and then took them off because while wearing them for the two minutes that we did, we could no longer breathe and how can one actually eat anything which was the entire plan and goal of the evening?  (I think I bought the wrong size.)

It was definitely an adventure.

Did it cost $4 even after Kerry and I went into a CVS to use the restroom and get the parking ticket validated?

Memories are priceless, are they not?  And meanwhile, my niece, Madison, just kept repeating that our family needed its own Reality TV show. 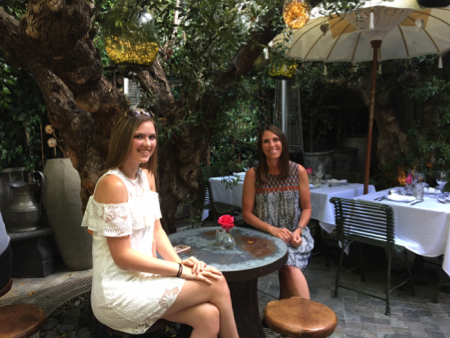 It is ABSOLUTELY BEAUTIFUL inside Pump!!!!  Which is outside, but I mean once you get past the entrance.  As we were driving up to it, Madison said (several times) this is not what I expected because on the outside, it’s just a concrete building.  There are some flowers and the sign and that’s about it.  It’s nothing spectacular.

But once you walk through this little passageway, it’s something else altogether.  My mom described it as unique and like a fairy tale.  I loved all of the fresh flowers and tiny little details.  The servers and hostesses were all super good looking and so so so nice.  Kerry and Madison are in the bar area in the picture above, and it is so cozy and pretty, and I WANT MY BACKYARD TO LOOK LIKE THIS.

By the way, have I mentioned that Madison is super tall compared to everyone else in my family and that she makes me want to be young again?!  GEESH.  Thankfully, she’s even more beautiful on the inside.  🙂 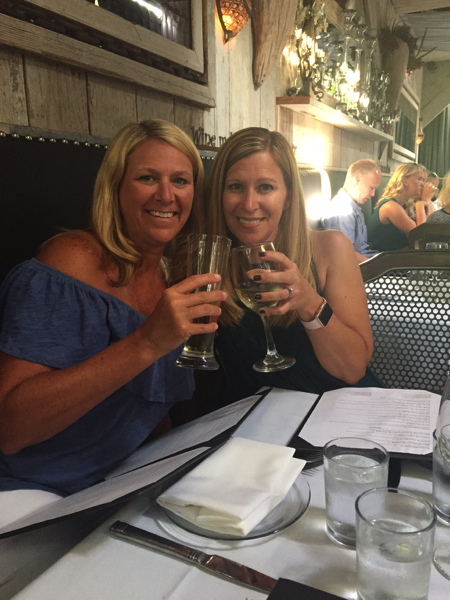 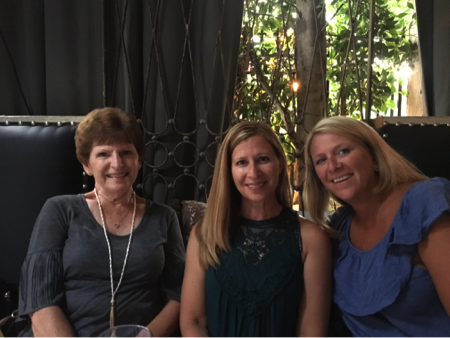 Our table was in this little alcove behind some really heavy drapes . . . it was like a half a booth, but it was made with a little sectional couch and TONS of pillows . . . again, I’d like to have it in my backyard.

My mom had the salmon and vegetables which she loved (we were kind of celebrating her birthday early), and Lisa and I split the caesar salad and a pasta dish that had pasta in it (duh) in some sort of white wine cream sauce and it was DELICIOUS.  Kerry and Madison had a different pasta dish and just thought it was okay.  Not rip roaring.

All things considered, the price seemed just about right because of the entire experience.

It was an experience. 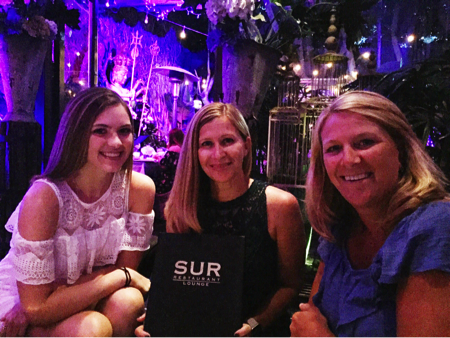 Because we don’t like to leave a job unfinished . . . we finished the night with dinner at SUR, Lisa Vanderpump’s other restaurant.  We were able to walk there (it’s literally around the corner).  SUR was jumping!!  It was later so maybe that’s why, but it was CROWDED.

We had reservations, but we got there early.  The hostess said she could seat us right away or we could wait.  Well, we opted for right away (DESSERT doesn’t wait) so she let us know it wasn’t a “true” table.

But it was okay.  Because once again, DESSERT.

I do know that a true table is off the ground.

This table was FLEXIBLE SEATING at its finest.

It was super low to the ground, we sat on these teeny tiny little stools (I thought of them as mushrooms, I don’t know) and we sat RIGHT BY THE BATHROOMS.

Our table was LITERALLY in between the two doors for the restrooms.

But that’s okay, we were fine, we didn’t care.  Cheesecake, chocolate cake, and a blueberry cobbler makes you NOT care.

We also roamed the restaurant a little AND THEY WERE FILMING! We couldn’t get past the security guard to see who/what/where/when/why, though.

And yes, we tried.

Of course we tried.

Then we went home!!

It was THE BEST DAY!

And that’s about it for my week!!