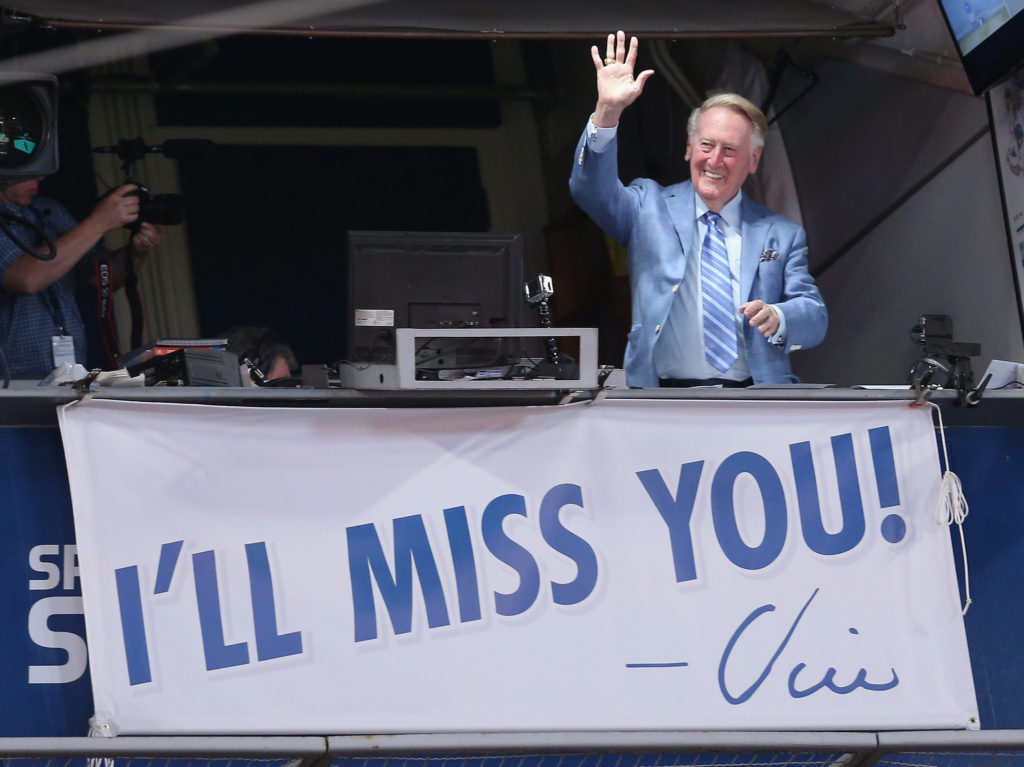 Oh, Vin Scully, how I’ll miss you!  If you’re not a baseball fan, then this will mean nothing to you.   But if you’re a baseball fan of any team, not just the Dodgers, it will probably mean something to you.  Because Vin Scully retired after 67 years.  SIXTY SEVEN YEARS!  He was the Dodgers sportscaster and he was LOVED.  He’s 89 years old now so I suppose we should let him retire.  His big plan now is to stay alive (his words, not mine).  Ha!

Last Friday night, the Dodgers had a whole big tribute for him and it was just so sweet.  He is such a good man!  If you feel like it, and you want to, and you have time, and you’re a nerd like me, this article is a really good read!

There’s a really dumb cable/network/war type thing that’s been going on for a few years now and so we don’t get to watch Dodger games on TV anymore.  Don’t get me started.  First, it makes me angry.  Second, I don’t get it.  So anyway, the game happened to be on TV that night so it was really fun to eat Steve’s famous tacos, chips and guacamole, and watch the Dodgers WIN FOR VIN. 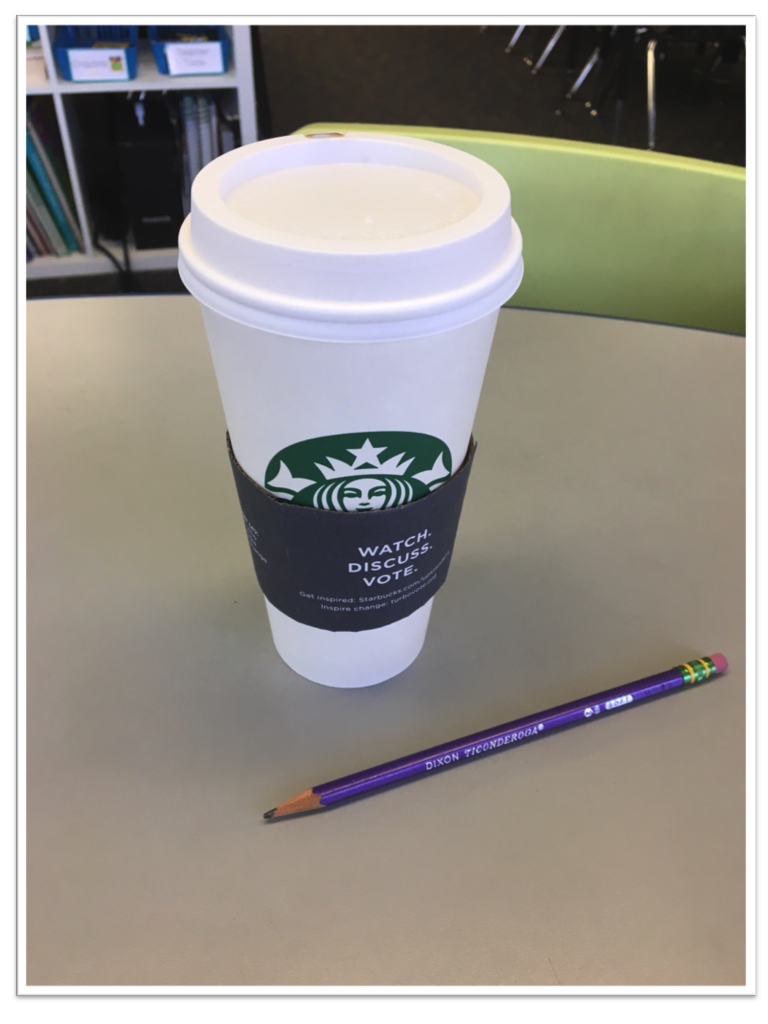 One of my Tuesday parent volunteers brings me a Starbucks coffee EVERY. SINGLE. WEEK.  And she knows what kind I like because of the Welcome Letter I sent out to my kids before school started.  I do NOT need a venti non-fat white mocha every Tuesday.  In fact, I don’t even drink Starbucks unless it’s the weekend and, even then, I only allow myself a grande.  Sometimes, I only allow myself a tall.  This is because I’d rather eat my calories than drink them (and yes, I consider wine a fruit so I “eat” wine).

But I have to drink this venti non-fat white mocha every Tuesday because it’s a gift.

I tell myself to only sip it while she’s volunteering, but the next thing I know, I have sipped the entire thing and I have to go to the bathroom like nobody’s business.

The struggle is real, people.

Not to mention, now one of my Thursday moms is bringing me a Starbucks . . . 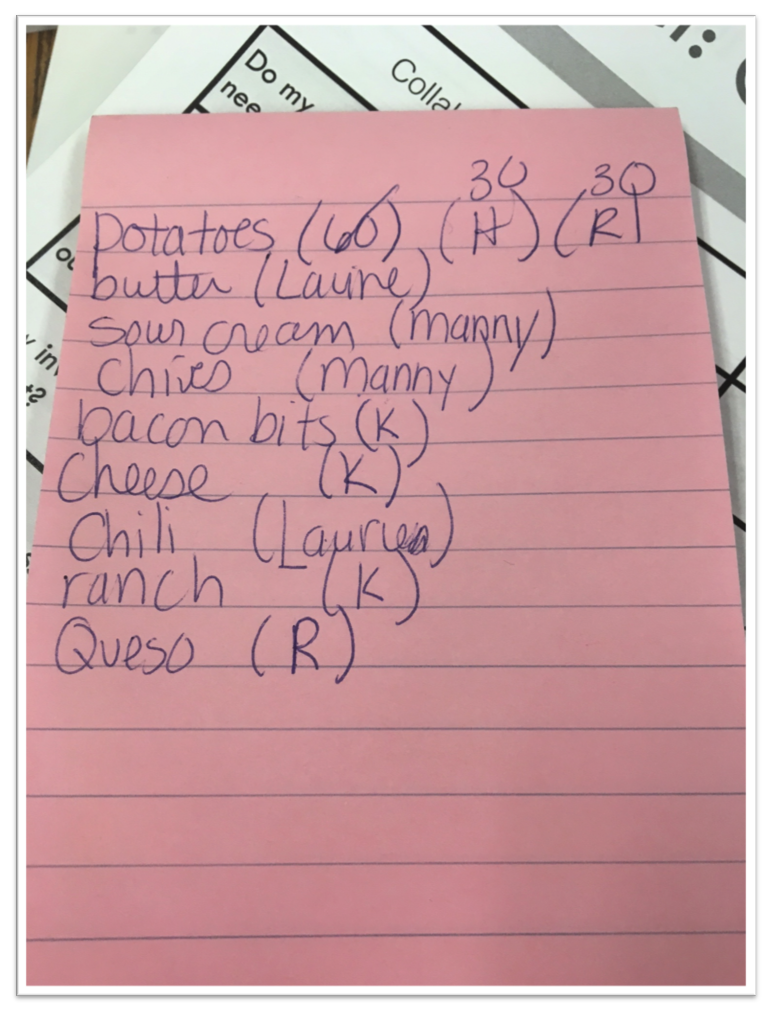 First Grade was in charge of snack day this week and it’s the first snack day we’ve had all year.  So we wanted to kick it off right and not just have a bunch of random snacks.  Although, to be honest, random snacks are delicious because I love chips and dip, brownies, and cheese and crackers all in one sitting.  Remember, I eat my calories.

My teammate, Heather, decided we should have a baked potato bar.  So we did.

It was a HIT!  We even had leftovers for the next day.

I ate a lot of chili with cheese that day because I prefer my potatoes mashed or fried. 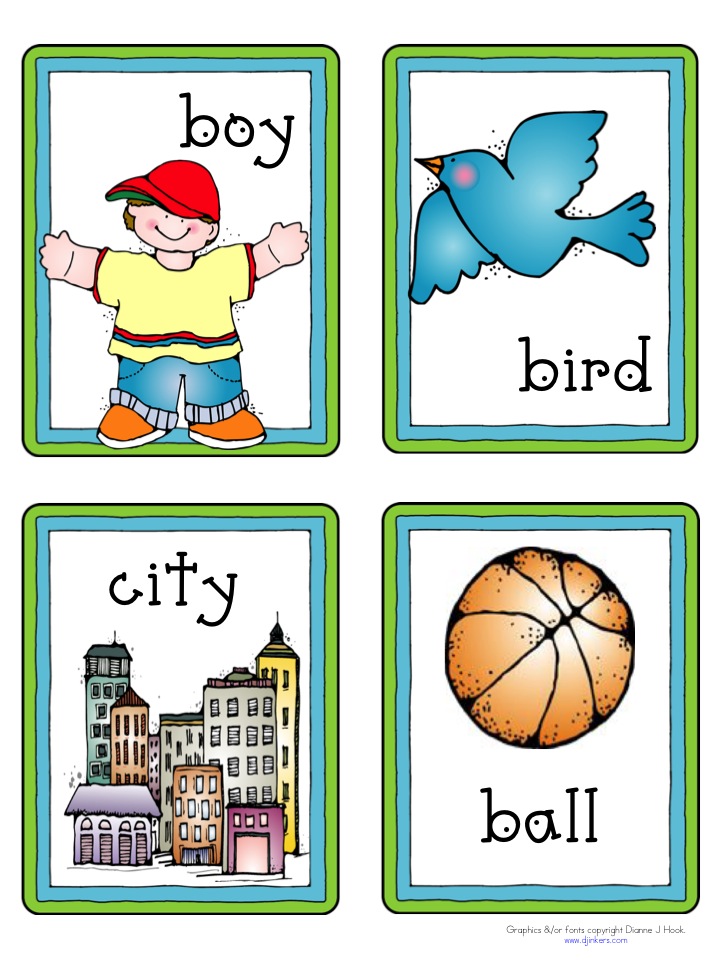 This week, we started learning about nouns!  I used the noun cards from my Parts of My Speech pack to get the kids going.  I passed out one card to each student and told them that they had to find some way to get into groups.  But I didn’t tell them how or give them any guidelines.  I just wanted to see what they would do.

I was super impressed with what they came up with.

Then I told them they would have to get into four groups according to my directions.  And we made four groups — person, place, thing, or animal . . . They loved it!  I use these cards all the time for all different types of things.  We played a couple of times and they couldn’t get enough.

My niece, Kerry’s daughter, is now a freshman in high school.  She was nominated AND WON homecoming princess for the freshman class.

Her boyfriend (meaning they text each other but are extremely awkward around one another in real life) was also nominated and WON for homecoming prince for the freshman class.

HOW CUTE IS THAT?! 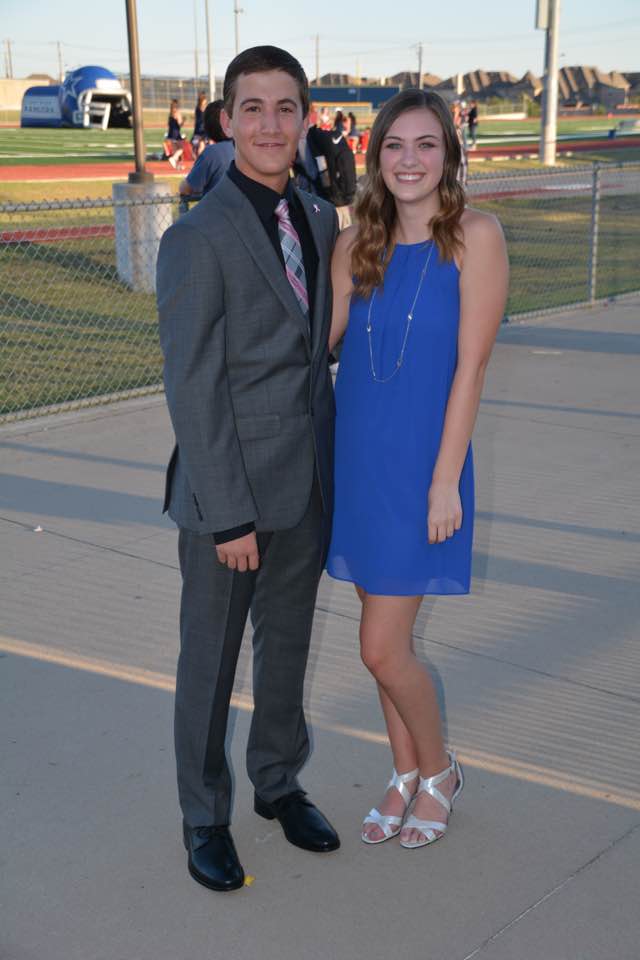 LOOK AT THE TWO OF THEM! 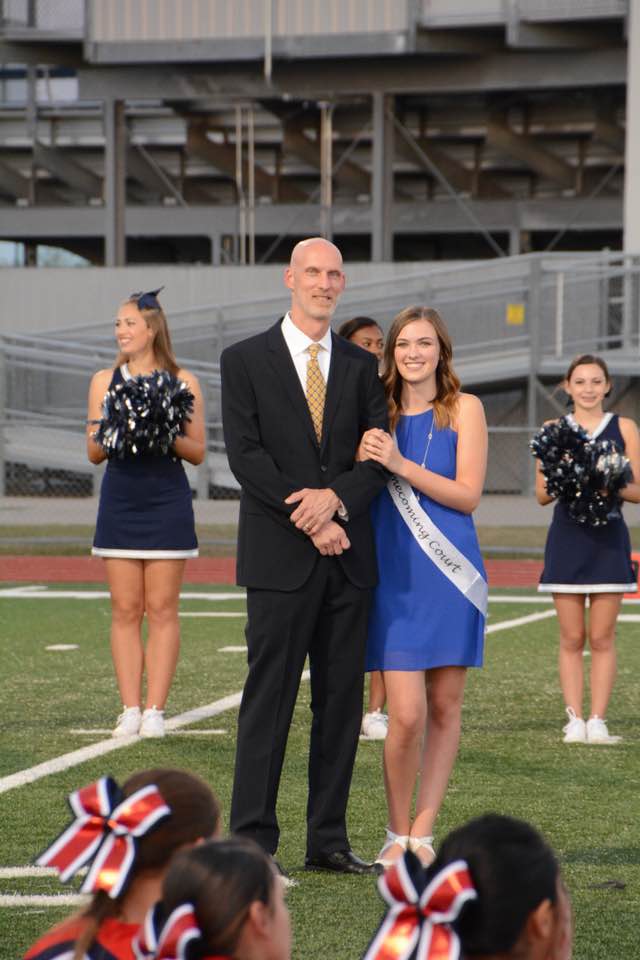 There was a big ole community pep rally and she was announced as the homecoming princess.  My brother in law escorted her onto the field.  Don’t they look so nice?

Madison is also a cheerleader.

So when you add up her freshman year so far (all six weeks of it), she is a cheerleader, homecoming princess, and has a very cute boyfriend.

She is basically living the life I used to dream about when I was a nerdy little freshman stuck with her nose in a book.

And that wraps up my week!

I cannot believe it’s the first day of October!

« My Principal
Listen and Learn Activities »