I was formally observed yesterday.

I can’t even properly explain what the wind does to kids’ behavior here.

In my district, once you have tenure, and once you have a really good evaluation, you’re free from being observed for five years.

I know some of you are being observed all the time, and dealing with When Someone Walks In situations around the clock, and even being evaluated based on student test scores.  I know.  I feel horrible for you.

So don’t hate me when I say that I haven’t been formally observed in five years.

Because that’s what I’m saying.  It’s been five years since I was observed.

And when I saw a certain lesson on a certain blog last year, I said to myself, SELF, that’s the lesson you’re going to do for your formal observation next year.  I even told my team and they said I was crazy for thinking so far ahead but, people, the lesson is amazing.

Thanks to Christina of Miss DeCarbo’s Sugar and Spice, my observation was fantastic!  SERIOUSLY.

We worked on Determining Importance so that we could retell key ideas within a text, and the kids ATE IT UP and, not only that, they GOT IT.  Like, REALLY got it.

I didn’t do as much as Christina did because, let’s face it, I’m not Christina, I’m me, and I didn’t cook a pizza because Steve didn’t come to school with me and he’s the one who does all the cooking, and besides, we don’t have an oven at my school so it just wasn’t going to happen.

But I used the pizza making picture cards from Christina’s pack and that was just as good!!

Basically, the kids had to determine the three most important ingredients to make a pizza. 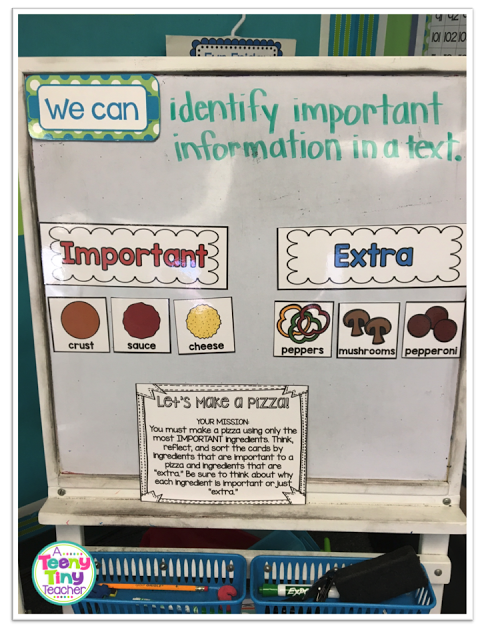 We did some “turn and talk” or “talk to your buddy” or just plain ole “whatever makes my principal think that all this shouting out has a purpose” and then I pulled sticks to have kids explain their thinking.
It was FUN!
Christina’s pack comes with 6 other missions just like this, such as Deserted Island or Camping Trip or Going to the Beach, etc.  So I had each table group work together to determine the three most important items for their mission.   This is all on Christina’s blog post which is what made me want to do it when I saw it last year. 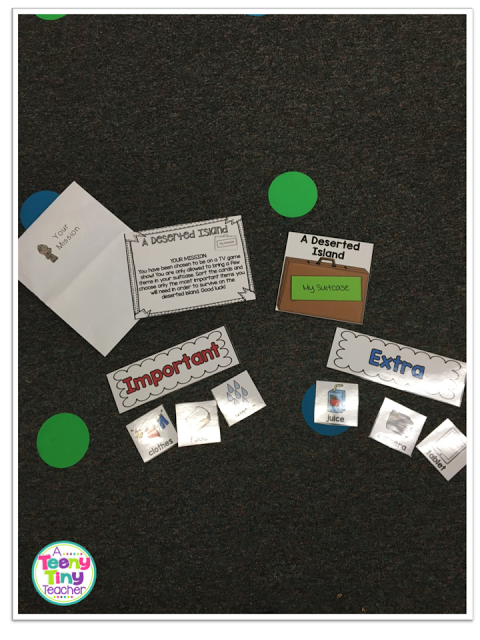 There are no kids in this picture because my principal was watching and I thought she might find it odd that I was taking pictures in the middle of my formal observation.
So this was after the fact.
Just keeping it real, people. 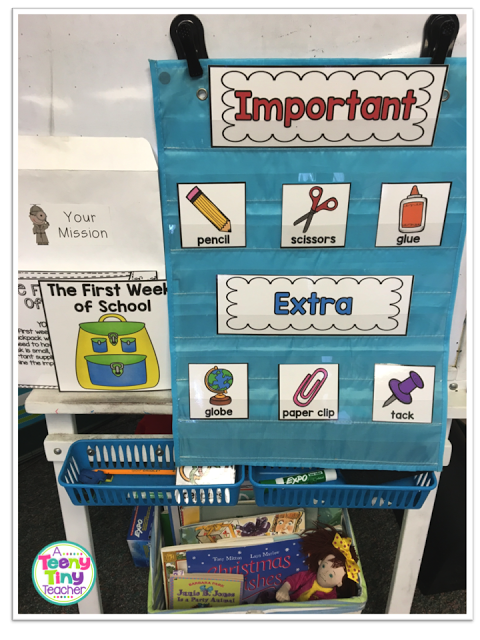 At the end, I had each table group come up and “present” their mission to the class, placing great emphasis on can you explain your thinking because, as we all know, that’s Common Core and Rigor and Whatever Else Makes Me Look Like I Know What I Am Doing So That I Am Not Observed Again For Five More Years Thank You Very Much.
After all of the groups presented, my principal left.
Well, first, she told me that it was awesome and she loved it.
And, second, well . . . she missed the actual “let’s determine importance within a text” portion of the lesson.
DOESN’T THAT ALWAYS HAPPEN?
We have been studying the continents and oceans in Social Studies so I used our book about Asia to see if my kids could weed out the important information from the extra information.
AND THEY NAILED IT.
But I was the only one there to see it. 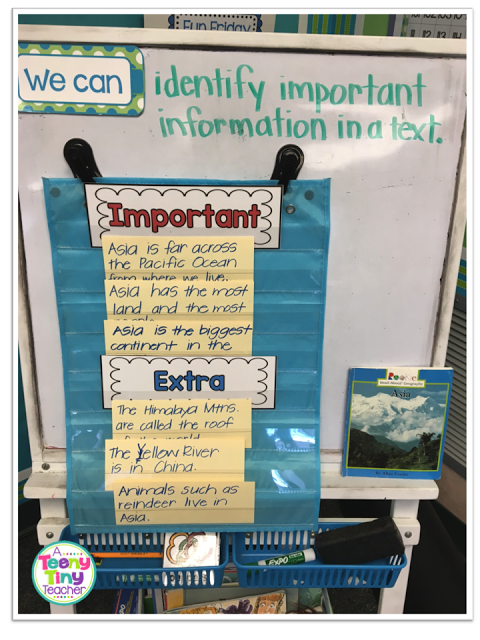 The only thing I see in this picture is my mistake
in almost forgetting to capitalize the word “Yellow”
in Yellow River.
So anyways, I’m going to show my principal this picture when I meet with her to discuss my observation.  I’m hoping she’ll feel like she was right there.
I would love to say that we are going to continue working on this skill throughout the rest of this week but . . . that’s not going to happen what with all of the performances and PJ days and Hot Chocolate Parties and Holidays Around the World and Class Parties . . . so we’re going to hit it hard in January.  Christina’s pack comes with printables for extra practice!!!!
But let me just say that I am so happy it’s over.
Thank you, Christina!!!!
🙂
« Five for Fraturday
Five for Fraturday »