Miss Kindergarten and I are throwing our
second annual linky party!

We hope you’ll join us!

12.  Favorite movie you watched
The Hunger Games.  Duh.  I loved the books, loved the movie, loved the shoes, love, love, love.  (I don’t know where the shoes came from, but I think I’m channeling Rupert Everett in My Best’s Friend’s Wedding.) 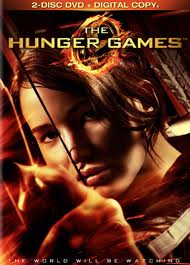 I saw it two days in a row at the theater and then once again a week later.  Yep.  That’d be me.  Crazy.  Of course I own it now.  Along with a bow and arrow.
11.  Favorite TV Series
Last year, I said Parenthood.  I still love Parenthood.  But I’m two episodes behind.  So I think it’s slipped a little in my own ratings.  Meanwhile, I stop whatever I’m doing to make time for the Beverly Hills Housewives. 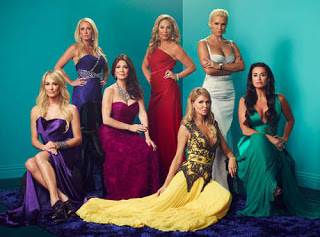 No.  I don’t know what wrong’s with me.  Hubby asks this almost every week when I watch it.
10.  Favorite Restaurant
Well, as you know, I don’t get out much.  But my new favorite place (I’ve only been there once, but I’m dying to go back) is Bru. 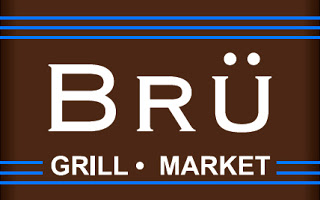 My parents told me about this place.  And then told me what to order.  Let me tell you, they have a pretzel appetizer that comes with fondue dipping sauce.
Fondue dipping sauce, I said.
And then the hubby’s uncle ordered mussels.  I was brave and tried one.
Then I couldn’t stop eating them because the sauce those guys were in was TO DIE FOR.
I ate it like it was soup.
My mouth is watering.  Pardon me while I go look for something in the pantry.
9.  Favorite new thing you tried
Well, gee.  I’m such a daredevil that I can’t think of which new stunt I tried to tell you about.
Skydiving?  Bungee jumping?
Riding a roller coaster?
Hiking in the forest with bugs and snakes and spiders?
Hmmmm.
Well, I’ll go with TpT.  That was definitely the scariest one.   I finally tried to sell something on TpT back in July.

It was a nail biter, I tell you.  But I sold something!  And then I made another product and people bought that, too.  I’m still in awe with every sale I make.  I took a picture of my first paycheck because I was so proud of it.  (And then I promptly set aside money for taxes because hubby is sort of freaking out about that, as if I spend money willy nilly or something, and I also tithed it, too.)
If you have ever purchased anything from me, I can’t thank you enough.  Seriously.  It’s amazing that you like what I’ve created and then you spend money on it.
8.  Favorite gift you received
Last year, I said my Kindle.  But I also mentioned that if I ever got an Ipad that I would drop that Kindle faster than you can say Mac.
Well, bye bye Kindle.  Hello, new best friend. 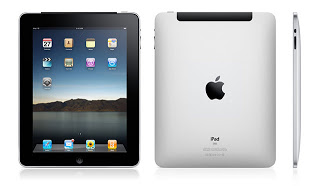 This was a gift from my class at the end of the year.  I know.  You can read about that {HERE}.
I pretty much gave my Kindle to my twin.  I say pretty much because last summer when she was visiting, she somehow put it in her suitcase when I wasn’t looking . . .
7.  Favorite thing you pinned
I am becoming a better pinner.  I am.  I’m still not obsessed and it’s not the first thing I do.  It’s usually the last thing I do.  After I feel like I’ve read every blog, every facebook post, circled around and re-read them, and then read some Yahoo articles, I’ll wander over to Pinterest.
Sadly, I don’t have a favorite pin, though.  I just went to look, and it’s pretty piddly.
I still don’t know why people are following me.
6.  Favorite blog post
The first one that comes to mind is I Don’t Use a Clipchart.  Please Don’t Throw Rotten Tomatoes.  I was afraid teachers everywhere were going to lynch me.  But you didn’t.  In fact, I think a lot of people are trying the behavior system I use (that is not mine and I do not take credit for it).
There are 114 comments.  Holy cow!
I have to mention the next post that came to mind because it cracked me up.  The Mole is the title of that one.
There are 68 comments.  WHAT?
5.  Favorite accomplishment
I’ve thought and thought and thought about this.  And all I’m coming up with is actually selling my first item on TpT.  It was so exciting, even though Rachelle at What the Teacher Wants was my first customer and I think she just did it to be nice, but still . . . it was a MAJOR BIG DEAL in this household.  And I might have told every person I knew about it including the mailman and the bank teller and our school custodian.
4.  Favorite picture
I have no clue how to blur out faces so I apologize for all the peach  balloons behind me, especially if you’re allergic to latex. (And I was wearing a school sweatshirt and I decided to err on the side of caution in case you’re an actual stalker who is out to get me for my too-long blog posts.) 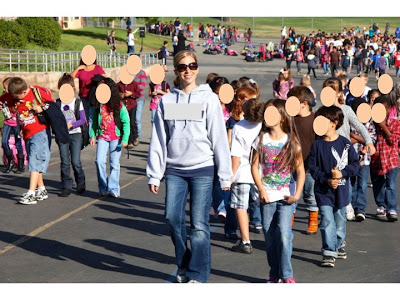 Anyways, this pic was taken at school during a walk-a-thon for the Juvenile Diabetes Research Foundation.  I had no idea anyone was taking my picture until it showed up on Facebook.  And I got an email that said my twin had commented on the picture that I was tagged in.  I instantly thought:  I’m sure I look dumb, what picture is this, and I hate Facebook.
But this is why I like it:  Number one, I’m not making a face.  Number two, I think it clearly shows how happy I am to be with kids at school outside of the classroom  in the fresh air.  I love what I do and I think this picture candidly shows that.  I wish you could see all the kids’ faces, too.  They’re all smiling and we all just look really happy.
Anyways, I call this picture Happy Teacher.
3.  Favorite memory
Well, that has to be my big ole birthday in June.  It just so happened to be the 19th anniversary of my 21st birthday so it was cause for a celebration.  I got to spend it with my twin, Kerry, in Texas and Oklahoma.  And we had a fun girl’s night with our childhood-now-into-adulthood best friend, Caryn.  We went out to eat, had a drink, laughed a lot, talked a lot, stayed up late, spent the night in a hotel, slept in, and then had breakfast/lunch the next day.  It was exactly how I wanted to spend my birthday.
My hubby also designed this necklace for me and surprised me with it. 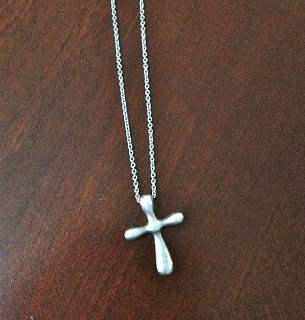 LOVE LOVE LOVE LOVE LOVE LOVE LOVE LOVE LOVE
2.  Goal for 2013
I’m embarassed to say that I did not accomplish either goal that I set last year.
What a loser.
Anywho, going to Mexico once a month never happened because our church never got back to me about it, even after I emailed them 3 times.
And the soup kitchen thing?  Guess what?  I was turned away.  Turned away, I tell you.  They had too many volunteers.  I didn’t know there was such a thing.
So . . . instead, the hubs and I volunteer our time once a month at our church for baptisms.  He helps set up and tear down (we meet at a temporary location) while I take care of paperwork, pictures, and laundry.
At least we’re needed, right?
I’d say this year’s goal is to add something else to my calendar where I can be of use.  I don’t know what that is.  I emailed my church and said that I’m a really fast typist and that I love to write — could I help with any clerical or weekly bulletin things?
Guess what?
Nope.  They’re fine.
I checked my deodorant and everything.  I honestly don’t think it’s me, but I think I’m switching to the clinical deodorant . . .
I’ll be praying about what I should be doing in the meantime . . .
1.  One little word (ala Farley)
My one little word for 2013 is going to be Thankful.  It was easy to come up with.
Simple enough, right?
Not really.
I think I tend to focus on more of the “I can’t believe this parent said that!”  Or “We have another staff meeting?  Didn’t we just have one?”  Or “This kid is on my last nerve!”
My goal is to be thankful instead.  To think, “I am so thankful to have a classroom full of involved parents.”  “I am so thankful I have a principal that wants to make sure we all know what’s going on.”  “I am so thankful I can make a difference in this kid’s life.”
It’s going to be hard.
Especially that last one because, man, this kid never stops!!!!  Seriously.  He really is on my last nerve.
But I’m thankful that I have a class in which to have a kid who gets on my last nerve.
See how that works?  Positive Polly.  Thankful Thelma.  Optimistic Ollie.
And that’s my 12 in 12.
Now it’s your turn to tell me about your top 12 of 2012.

How to link up:
Create a blog post sharing your favorite 12 things in 2012. Add the button to your post and link it to this blog post. Then link up below, making sure to link directly to your post, not just your blog.
« Mission Impossible
Call me Grandma »