Well, what do you know?  It’s almost the weekend!  You’ve just got to love these short weeks, right?

Not that I don’t love what I do.
You know I love what I do.
Especially when class pets are involved.  This is not to be confused with Teacher’s Pet.  You just have to keep up with me around here.  Stay focused.
We have a Houghton Mifflin Big Book that we read every year called “I Am Six” and there is a page all about class pets.  And one of the class pets is a SNAKE.
No thank you.
Not happening.
And I don’t think I’m taking care of fish, either.  Or looking after gerbils and trying to find a place for them to spend the night over the weekend.
No to turtles, (the real kind and the kind that present themselves as children who do not finish anything quickly at all) and no to hamsters, and let’s just go ahead and say no to hermit crabs, too.
I am an animal lover.  This is a fact.
However, I prefer my animals to be at home.  And I like it when they are of the canine species.
So.
My class pet happens to be a stuffed animal.  And that’s okay because my kids love love love him.
He is new this year.  So he’s learning the ropes along with the rest of us.
Meet Oakley.  The Class Dog.  The Class Pet. 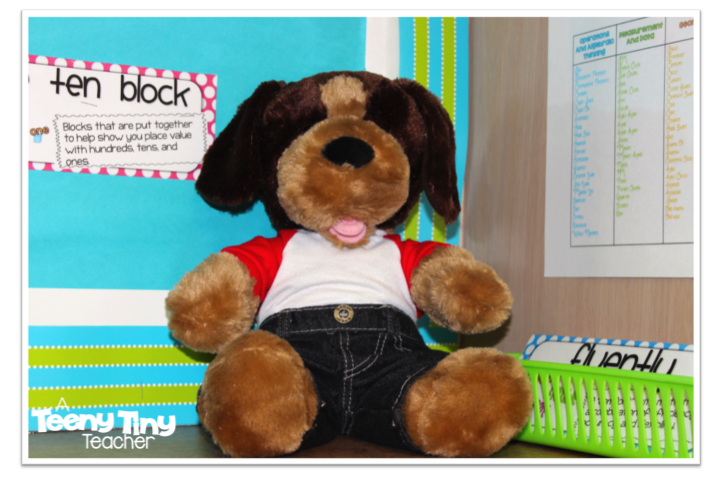 My mom took me to Build a Bear this summer, and my nieces helped me build him.  It’s sort of a tradition.
About a million years ago, we did the same thing with another class pet.
Wilson.  The Bear.  Because a bear makes a wonderful class pet, don’t you think? 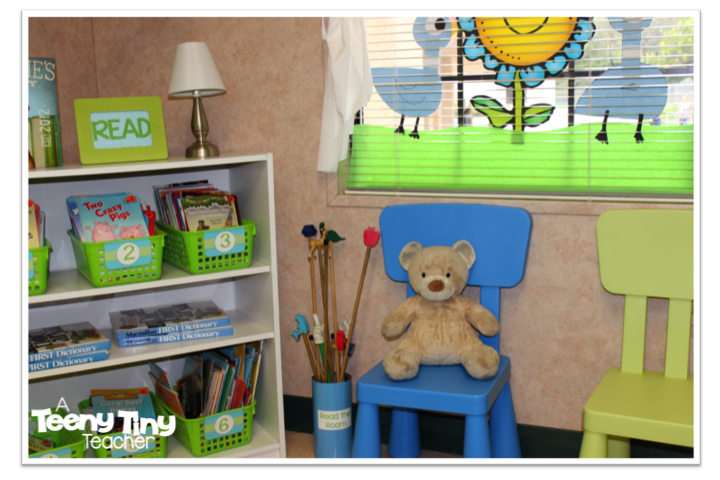 Wilson was our class bear for about fourteen years.  Or so.  Give or take.  I can’t actually remember because I am old.  But my mom took me to Build a Bear and my nieces (and I think even a nephew) helped me build him.  See?  That’s called a tradition.  Even if it only happens twice in a big-ole-long time period.
Wilson was a trooper, let me tell you.
If a kid was sad, I’d say, “Do you want to hold Wilson?”  And, sure enough, Wilson just dried up their tears.
Literally.
Countless tears were wiped on Wilson.
If a student said he felt sick, I’d say, “Do you want to hold Wilson?”  And, sure enough, that would cure him.  Well, unless he was throwing up, and then I let him hold the trash can, of course.
Countless germs were deposited all over Wilson.
Which meant I took Wilson home a lot and washed him.  A LOT.  If Wilson wasn’t being clutched upside down and dragged around the classroom by one paw, then he was inside my washing machine.
Some kids made up diseases in order to hold Wilson.  And others made up sad, sad stories just to hold Wilson.
Wilson was a hero.
And then . . . well . . . Mother Bear happened.  And I kind of lost my love for bears.  Sort of.  I still think they’re cute.  I just don’t need them all around my classroom.
So I just decided it was time for poor Wilson to retire.  It was time.  He was more than ready.
He is now a cuddly bear in the library and loves it when kids read to him.  He used to wear clothes, but now that he’s retired, he’s more carefree.
It is now Oakley’s turn to be slobbered on, cried on, coughed on, and used as a tissue.
Today, we had a birthday, so I put his special shirt on him. 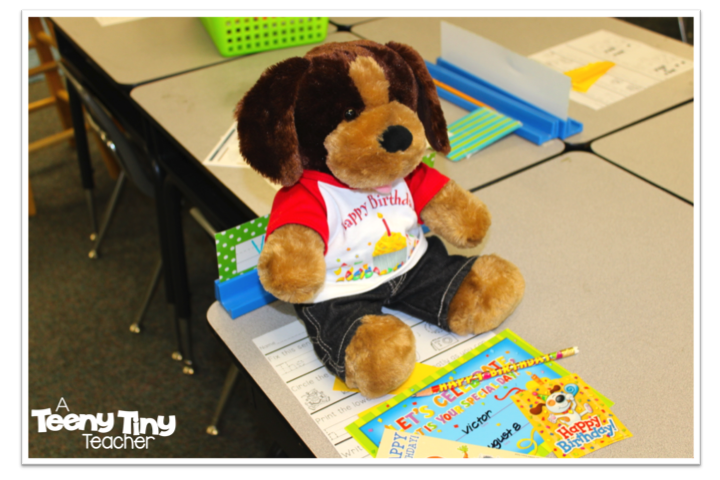 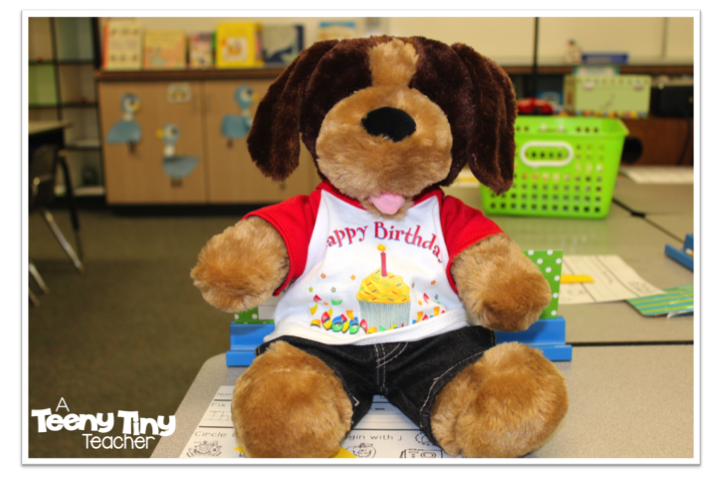 Oakley got to hang out with the birthday boy all day long.  But he doesn’t go home with the birthday kid.
Instead, we have something different for that.  It keeps me on my toes having all kinds of various classroom stuff that has nothing to do with curriculum unless I think really hard about it and make it fit somewhere among the Common Core.  Believe me, I can make almost anything fit among the Common Core.
You can check out how I used to do birthdays {HERE}, but it’s completely changed and I’ll have to blog about all the new stuff soon.
In the meantime, I need to go put Oakley in the washing machine.
🙂
« Foul Ball
Five for Fraturday »