Oh, you faithful and fabulous blog readers of mine . . . I just love you!!

When I asked Instagram, as in the people who follow me on Instagram, and not all of Instagram which is virtually unending if my feed is any indication, if they had any questions for me, I didn’t get any.  Not one.  I got some comments from some very well meaning people and that is all.

But when I asked YOU, my faithful and fabulous blog readers, if you had any questions for me, well, be still my heart because yes, you did, you really did, and I’m ready to answer them.  Some are school related, some are not, they’re really all across the board and that makes me super happy because that means you all are my people.

I’m calling this post FAQ Part 1 because I’ll need to write multiple posts to answer all of the questions I’ve been asked.

To get started, I’m answering a BIG one.  Possibly even THE question.  It kind of makes me who I am.

Do you struggle with not being able to have kids- can you share your heart on this?

I feel like I’ve talked about this before, but it’s possible it was way way way back when I first started blogging in 2011.  So I’m going to pretend we’ve never talked about it and just start from the beginning. 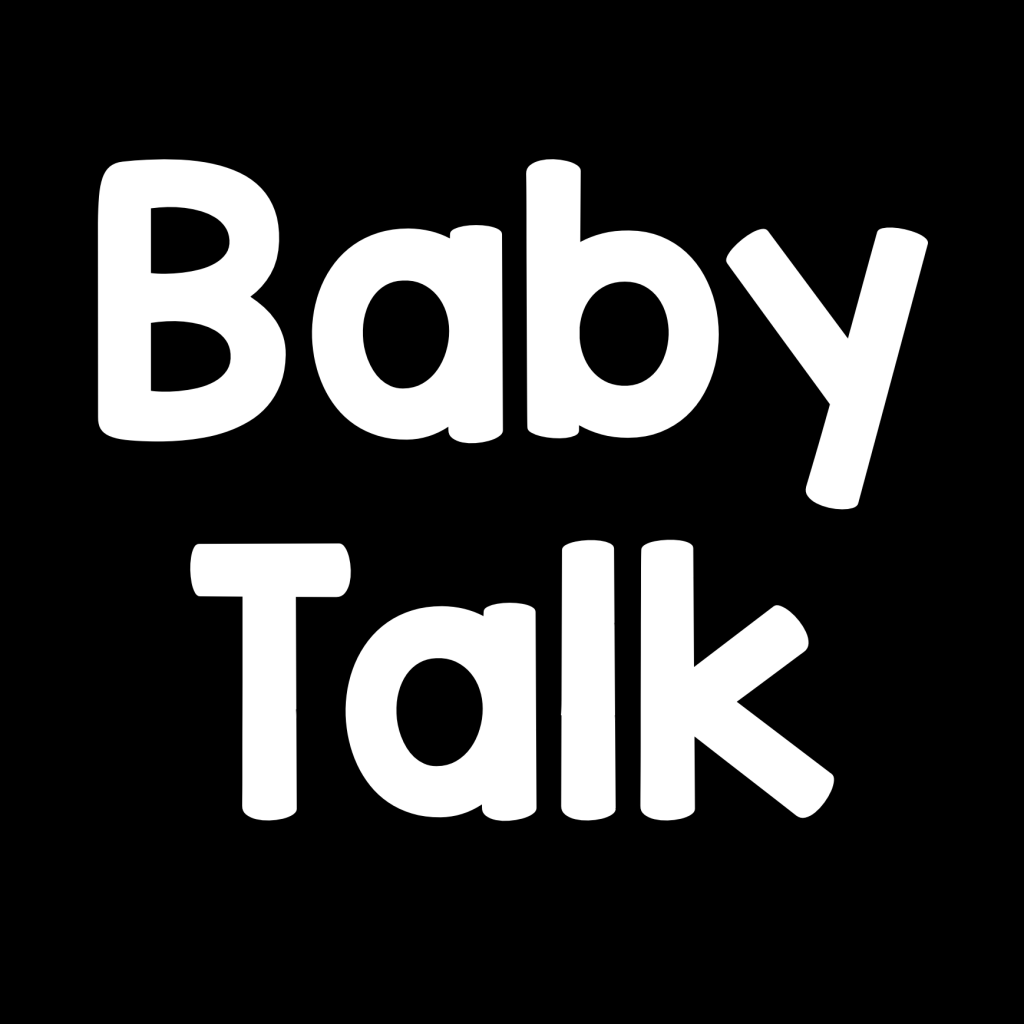 Right after Steve and I got married, the entire world kept asking when are you going to have kids (I mean, is it just me or is this question asked right after the whole you may kiss the bride part?) and we kept saying in a couple of years.  But when you say that every couple of years for many years in a row, the next thing you know, you’ve been married for ten years, you’re no longer a spring chicken, and you have no children.

To be clear, I was happy to be childless.  Everyone around me was having babies and I wanted no part in it.  NONE.

Don’t get me wrong.  I felt weird.  Abnormal.  What the heck was wrong with me?  Did I need counseling?  Why didn’t I want a baby?  Where was my desire to have one?

I’m telling you, the thought of having a baby freaked me out.  It made me feel like throwing up.  I just couldn’t even picture a life with a baby.  I would try.  I would be upstairs in my bedroom and picture a bassinet next to me, and then I couldn’t get any further than that.

I seriously thought I was missing a very important gene of some sort.  When you’re surrounded by people who want babies, are having babies, who meet you for lunch with their babies, when SOCIETY says three years is probably too long to be married without children, and you want no part in it, you start to doubt yourself.

Steve was right there with me.  Happy to be childless.  But still feeling like . . . people were looking at us funny.

Once, when I used to work out at the local gym at 5am in the morning (as opposed to walking down my hallway and getting on the treadmill right here in my very own house), I was walking past the treadmills, and one of the guys running on one STOPPED ME. Turns out, he was a father of a student at my school, and he and his wife were debating on whether or not to switch tracks.  This was back when our school was year-round with four different tracks.  They wanted to switch to my track for whatever reason and because there were only two first grade teachers on my track, the likelihood that their child could end up in my class was high.  Or rather, 50/50.  But any who, as I stood next to his treadmill in all of my sweaty glory and no make-up, and mismatched work-out clothes, he said . . . and I quote . . .

We just want to make sure you won’t be getting pregnant any time soon and going out on maternity leave.

So basically you’re asking if my husband and I are having unprotected sex.  Hi.  Nice to meet you.  Let’s discuss.

Can you even believe that?  But it was because I was at that age.  Married and childless, and where in the heck are all my babies?

Sounds like the title of a Lifetime movie but it was my life.

You won’t believe this one.  I really don’t think you’ll even believe it.

But one day, after school, I was alone in my room, prepping or planning or who-knows-what, I’m sure it was brilliant, and a mom of a student of mine popped in.  And I can’t quote her because I’m still a tiny bit in shock (years later) that this even happened, but she said something along the lines of . . .

I heard you’ve been married for ten years so I want to give you this contact of mine.  It’s my fertility doctor.  He is amazing.  It’s how I got my twins!

I know she meant well.  I know that.  BUT TO COME TO MY ROOM AFTER SCHOOL?  WHEN WE’D NEVER EVEN DISCUSSED MY FERTILITY (OR LACK THEREOF) EVER?  EVER?!

I can’t make this stuff up.

One of my former teammates had two babies back to back, and she told me to have a baby so that we could be in the same boat.  I was like . . . um, you stay in your boat, and meanwhile I’m going to see about getting on a plane to somewhere far away, but hey, thanks for the invite.

So yes.  I felt like I needed counseling because obviously, something was EXTREMELY WRONG WITH ME.

When I was 38, I finally went to the doctor after ignoring every physical symptom EVER for at least ten years, symptoms such as feeling dizzy and wanting to pass out while blow drying my hair (I would take breaks and feel annoyed that I was running late, rather than scared or nervous something was wrong with me), feeling dizzy and wanting to pass out while showering (so I would sit down on the shower stall floor – doesn’t everyone?), having heart palpitations while exercising, then while resting, then starting to call them “my episodes” like I was on a TV show (hey, Steve, today my episode lasted for an hour), looking at my heart rate watch while on the Elliptical at the gym and seeing it flash 200 and then telling Steve this dumb heart watch thing is broken, it said my heart rate was 200 beats per minute, how dumb!, and feeling so tired at the end of the day that the stairs up to bed looked like Mount Everest and I didn’t know how I would be able to do it, and on and on it goes.  After a four hour episode (palpitations, dizziness, sweating, shortness of breath) in which I was doing NOTHING but sitting on the couch, I finally decided I should see the doctor.

People.  Listen to your body.  Don’t do what I did because I was literally an idiot.

I was falling apart and an ACTUAL walking heart attack waiting to happen when I was diagnosed with a serious heart condition.  It’s called Dilated Cardiomyopathy.  The cardiologist sat my husband and I down to go over the diagnosis and one of the first things he asked was did we have children.

When we said no, he very quietly, but very firmly, said you cannot get pregnant now or ever.  It will kill you.

And I was fine.

I’m telling you, it all just clicked into place.  IT ALL MADE SENSE.  Not only did God protect me from getting pregnant in the past when I had this heart condition and didn’t even know it, He protected me EMOTIONALLY.  Because I know so many women who would have been devastated to get this news.  And I was fine.

Did I shed a tear when he said I needed to limit my alcohol use?

JUST KIDDING!  Two glasses of wine is my limit, anyway, and that’s usually only on Saturday night.

There was never ANYTHING wrong with me.

I was NOT meant to have children and God protected my heart so that I could accept it.

It still blows my mind!

And every once in a blue moon, when I’m freaking out about who will take care of me when I’m old, or who will visit me in the nursing home, I remember that I have my nieces and nephews who I love, and who I’ve built relationships with, and who are important to me, and I think I’ll be okay.  And anyways, Kerry and I have a big ole plan to be two old ladies rooming together in a nursing home so it’s all good.

Plus, I have my fur baby.  And I have my first graders year after year.

And my life is full.

So to answer the original question in a nutshell:

I do not struggle with not being able to have kids.

I know I’m not meant to have them.

God is good all the time.

And all the time, God is good.

And now I have a new platform for anyone who is struggling with fertility – I am a safe person to confide in because I’m not going to turn around and have to gently break the news that I am pregnant.  I have been able to be that safe person for a few people!!

So that’s my story.

I’ll answer more questions next week . . . but don’t forget to check back on Halloween for my throw back post!!!  You know the one!!!

« Let’s Catch Up!
My Daily Schedule »