I was off yesterday for Veteran’s Day and I can’t even tell you how thankful I was for that!  Besides having the day off (which was GLORIOUS), I am also so thankful for all of our veterans!!! 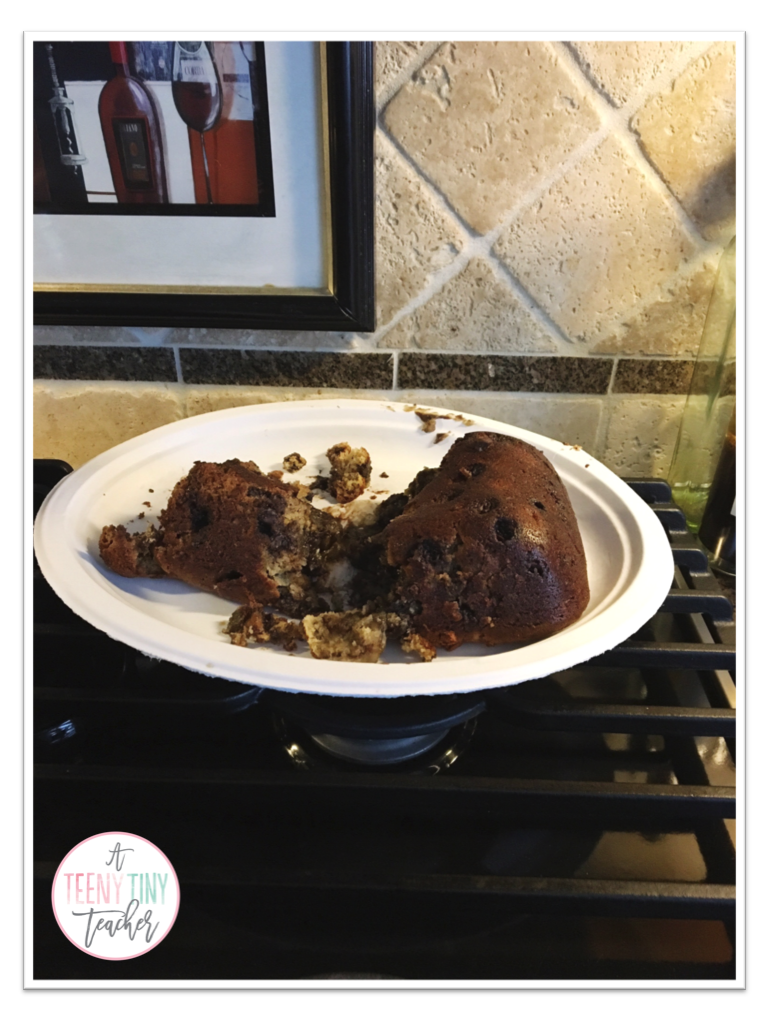 This is banana bread, in case you can’t tell.

I make good banana bread.  I can say that because it’s true.  But this banana bread?  Not so much.

I went on a walk with Murphie last Saturday while Steve was still sleeping.  And whilst on my walk, I thought hey, I should make banana bread as a surprise breakfast treat for Steve!  He had stayed up all night the night before for his work BBQ competition (he came in third – AGAIN!  :)) and I figured I could go to the store, get ingredients, pick up Starbucks, and be home before he even woke up.

Turns out, I was able to make the banana bread and get it in the oven before he woke up, too.

And then, for some unknown bizarre reason, the banana bread was TERRIBLE.

EVEN WITH CHOCOLATE CHIPS IN IT.

I have no idea what happened to it.  Steve put his slice (which wasn’t a slice, it was more a crumble-y mess) into a bowl and just ate it up.

But I couldn’t even eat mine.

So there you go for best-laid plans while on a walk with Murphie.

Later that day, we got a text from Steve’s cousin (it’s actually his Mom’s cousin so whatever or however that works out) that she was in town (she lives in San Luis Obispo) and could we meet for dinner?  And then Steve’s Aunt Karen and Uncle Bob (Murphie’s other parents) were able to make it, too, and so the next thing I knew, I was showered and dressed (and I had plans to do neither so that was also a surprise) and heading to the Mission Inn in Riverside.

We ate at a Mexican restaurant, and the food was just okay, but the ambience was beautiful!

We laughed a lot, too, which is always necessary.

It was a fun night! 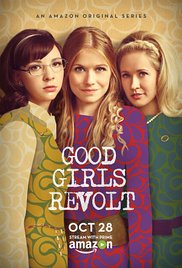 Steve and I binge watched this over the course of a few days.  It is GREAT!  I love it!  I’m sad the season is over.  It’s based on the true story of women staffers at Newsweek suing the magazine for gender discrimination because none of the women were allowed to be reporters.  They were only allowed to be secretaries and fact checkers.

I highly recommend it if you’re looking for something to watch. 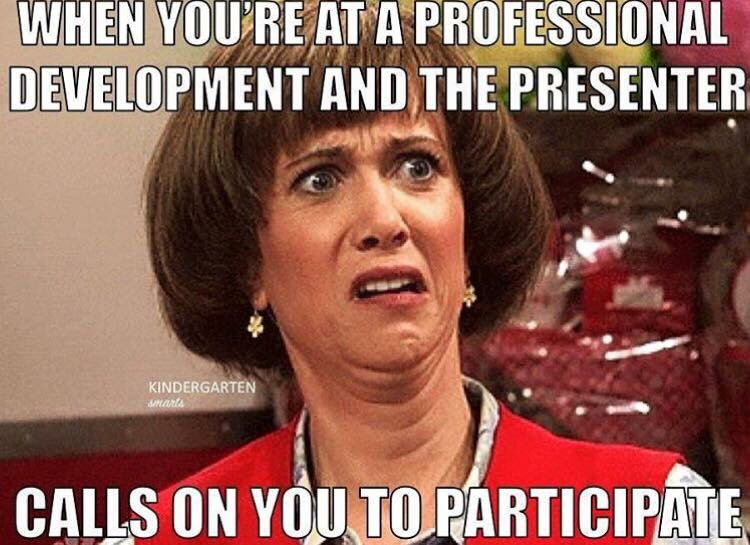 I found this on Pinterest, but it was a dead link.  So I tried to find it on Kindergarten Smarts (the watermark on the picture) and couldn’t seem to locate it.  This is just to let everyone know I tried to find the source.  🙂

On Wednesday, my first grade team and I had to go to a training with a bunch of other first grade teachers in our district.  And we all had to participate.

Later, I was dying laughing when I realized how much the presenters wanted us to participate.

They divided us into four groups and, of course, we weren’t supposed to stay with our teammates – we were supposed to split up, but my teammates and I decided once and for all, NO!  WE ARE A TEAM.  THAT’S THE IDEA BEHIND THE WORD TEAM, STOP TRYING TO SPLIT US UP ALL THE TIME, WE SIT NEXT TO EACH OTHER FOR A REASON (is this how my kids feel, I wonder?  HAHAHA)  and so in a very subtle, incognito, flying below the radar type of way, I headed out into the hall with one group BUT I WENT TO THE BATHROOM INSTEAD.  And then I went back inside the room where my team was.

And we are rebels.

So in the room I was in, they divided us in half.

The presenters had us switch so we could talk about the other topic.

THEY MADE US SWITCH SIDES OF THE ROOM.

I thought nothing of it at the time.

But later, I thought about it, and I DIED LAUGHING.

Because, in essence, what happened was this:

The group I was in (talking about what our other kids were doing) all got up and walked to the other side of the room to sit down and discuss another topic.

BUT WE WERE STILL THE SAME GROUP OF PEOPLE.

We literally PASSED BY and said EXCUSE ME to the other group of people JUST TO GET TO THEIR SIDE OF THE ROOM AND SIT IN THEIR CHAIRS to discuss a different topic.

We could have stayed put and JUST CHANGED THE TOPIC.

But I think the whole this will be interactive and we’ll be in groups, and we’ll learn from one another  is why we all just switched sides.

I don’t think that’s what they wanted to have happen, but it did, because it was weird. 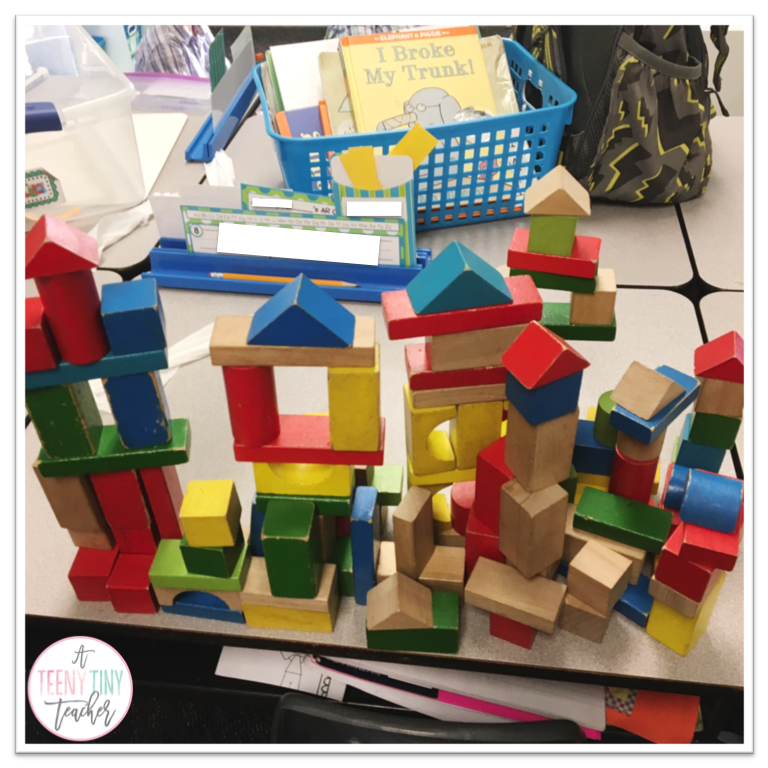 We are studying Geometry in math so to hear this group of boys and girls discussing how many rectangular prisms, cubes, etc they used to build their creation WAS AWESOME!

They asked me to take a picture of it so I did.

I think it looks pretty cool!

And that about sums up my week.

PS  I know we elected a new President, but I am choosing NOT to discuss politics on my blog or anywhere else.

I discuss it in the privacy of my own home, but that is all.

And that’s all you’re getting from me.

So thank you and goodnight.