I have blogged about my Post Office center in the past, and you can read those posts {HERE} and {HERE}, but please don’t try to download anything from those posts because they don’t exist.  Or they used to, but they don’t now.   Back in the olden days, I used to use something called Scribd and I don’t know why, and it’s not that friendly, and I can’t even remember my log-in to get the stuff that I used to put on there.

Who has time for log-ins?

So anyways, I’m here to discuss Post Office 2016 with you anyway.  Forget the other years.

I introduced this center about two weeks ago, and my kids are ALL. ABOUT. IT.  But they don’t call it the Post Office Center.  They call it the Writing a Letter to Someone Thing and/or The Mailbox Center and/or Are You Going to Deliver the Mail Today? 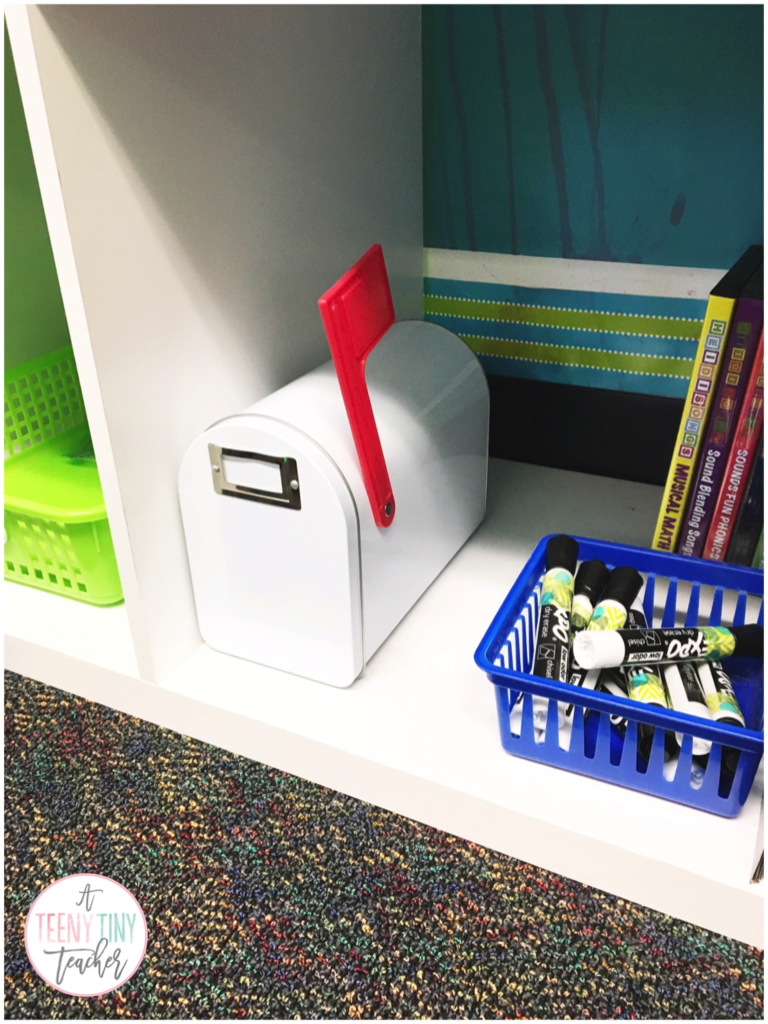 This is our new class mailbox!

My other class mailbox was an ACTUAL mailbox.  The kind that you could nail onto a post and put real, live letters in, with stamps, and an actual mail  person would take them, and leave mail in it, too.

But I just used that real mailbox in my classroom.  An actual mail person never saw it.

So, being that it was a REAL mailbox, it was GIGANTIC.

And, apparently, I threw it away this summer because when I went to get it out of the cupboard where I always keep it, it was not there.

And then I had this vague, nagging feeling that I threw it away, but I wasn’t too sure.

But I’m pretty sure I did.

So I ordered this little white one on Amazon and IT IS SO MUCH CUTER AND I LOVE THAT IT IS LITTLE AND WHITE and it only cost $10. 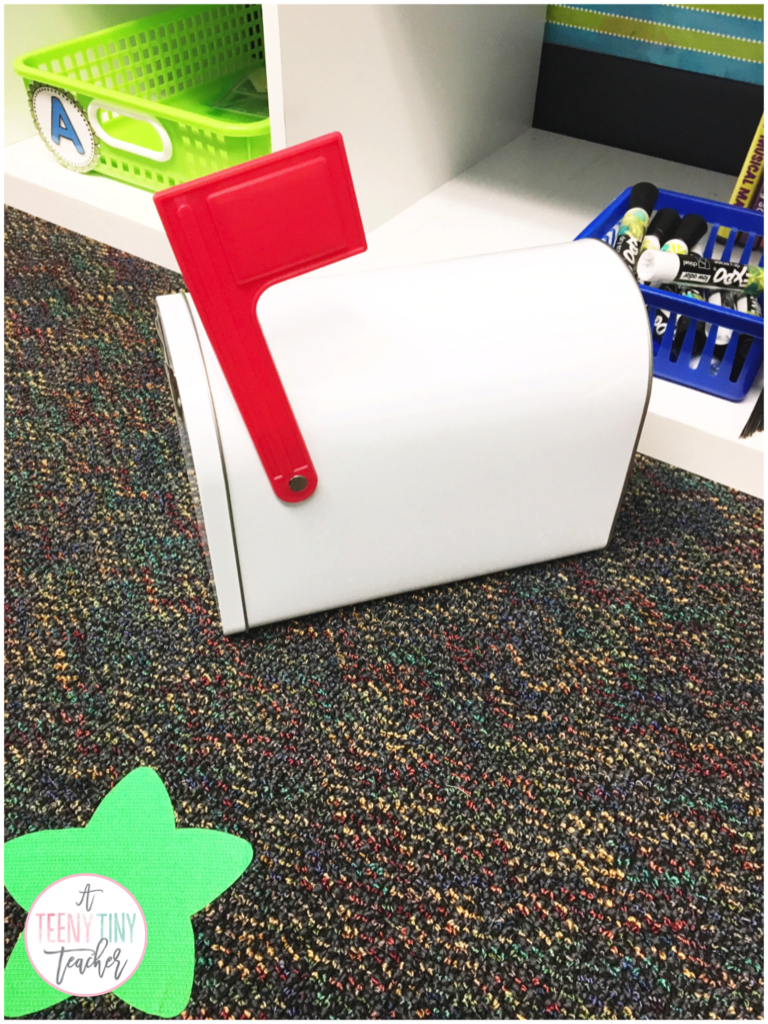 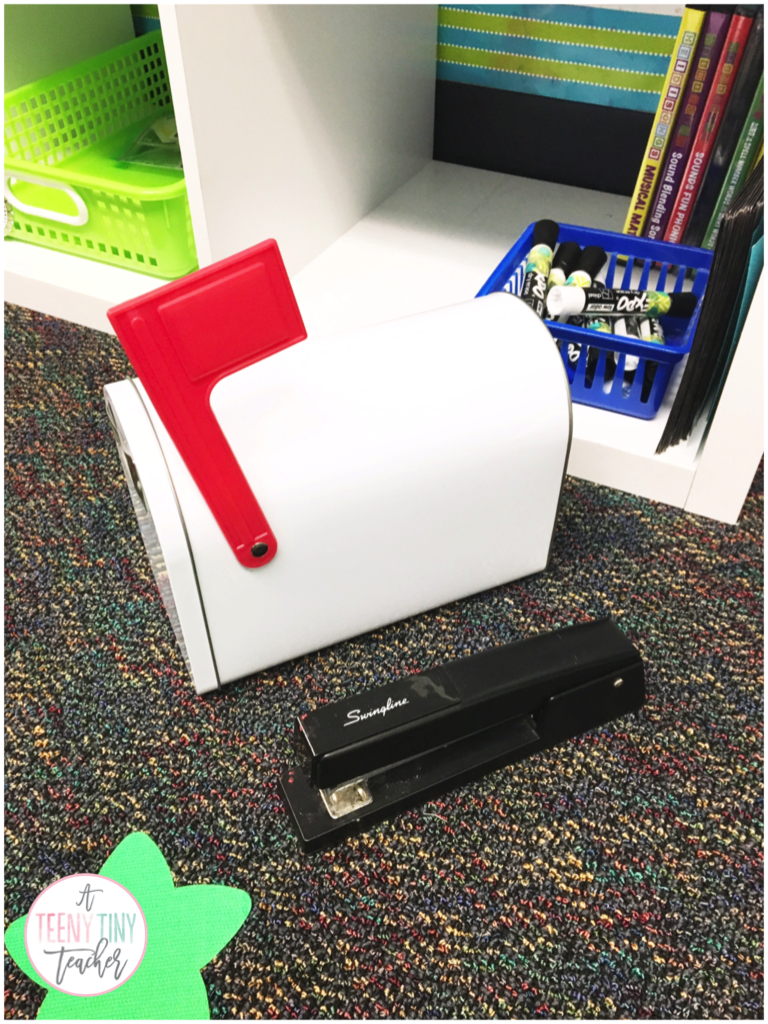 I took a picture of my stapler (which has who-knows-what on it, but let’s all just say it’s something from a science experiment in the hopes that you think I’m cool) next to it so you could see how little it is.

Anywho . . . I offer my kids four different kinds of writing stationery and lots of markers and pens, and I let them write to one another.  I don’t have envelopes or stamps available because I just want them to write.  And, in the interest of being open and honest, I don’t want to offer envelopes because that’s seriously overkill, and then they’ll either lick them closed and complain that it tastes disgusting (or that it tastes delicious), or they’ll pull off the tab of the peel and stick kind, and I’ll have the sticker trash everywhere.

Then they stick their letters in the mailbox and I deliver them whenever I remember. 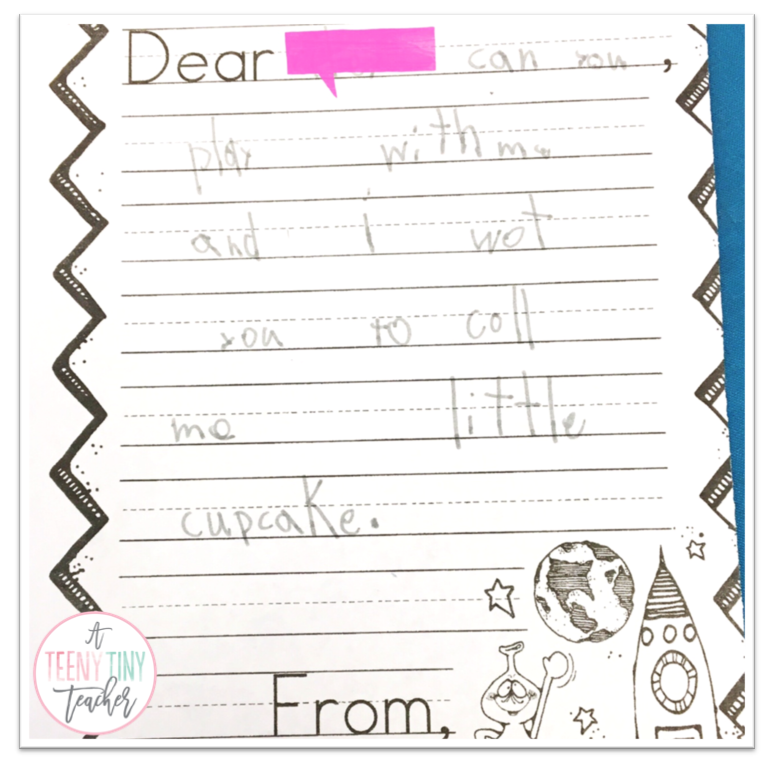 We did have a little boyfriend/girlfriend/I love you thing going on so I had to put a crack-down on that right away.

And by crack-down, I mean I said you are all JUST FRIENDS, that is all, NO MORE THAN FRIENDS, and if you write a love letter to anyone besides someone in your family (or me), I will take a picture of it and email it to everyone I know.

I’m also hoping they’ll think of me when they are older and they have a cell phone (or whatever newfangled thing hasn’t been invented yet) and they’ll think twice before texting a love letter (or a not-so-nice letter) to someone.

My stationery is old.

But it does the job and like I’ve stated 14,231 times, I don’t have time right now to make new stuff.

Later on, we will write to Scruffy.

And that is all I know for now.