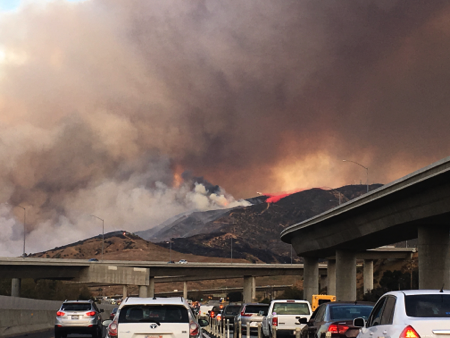 We had a super big fire in our area this week!  It was crazy!  Lots of people had to evacuate their homes, including a couple of teachers at my school, and friends of mine.  So sad and scary!  And then our district closed SEVEN schools because of it.

I’ve worked in this district for 17 years and I can tell you right now that we have never ever ever ever ever closed a school, at least to my knowledge, and I think I’m pretty knowledgeable, but feel free to correct me if you know where I teach, but please don’t ask to come observe me because NO.  I’m not available and no day is good.  Just saying.  However, if you’d like to bring me lunch, feel free.  😉

The schools were closed for TWO DAYS, mainly due to all of the families having to evacuate and the road closures, etc.

Thankfully, God is so so so good because everyone was allowed to back into their homes yesterday, and according to the updates on my city’s website, only 6 houses had fire damage, but they were NOT destroyed.  The damage was in the attics!  Apparently, the fires went AROUND the rest of the houses!!  Isn’t that AMAZING?  Our firefighters were INCREDIBLE.

And since everything worked out, and this is a happy ending story, and I could end it right now, I would like to make a confession.

You know.  In the interest of keeping it real.

I had to apologize to God because we were stuck inside ALL THE LIVELONG DAY for TWO DAYS IN A ROW because of AIR QUALITY.  And when I say stuck inside, I mean WE EVEN HAD A SHORTENED LUNCH because the kids couldn’t even sit outside under the shelter where they usually sit.  And I was a little bit grumpy about it and so I had to tell God I was sorry because it’s not about me.

But we were stuck inside ALL THE LIVELONG DAY.  FOR TWO DAYS.

And I get it.  I GET IT.  Our lungs are important seeing as how we use them to BREATHE AND ALL, but both days, as I left school and drove home, I passed HUNDREDS OF CHILDREN PLAYING OUTSIDE IN THEIR FRONT YARDS.

Running, and gallivanting, and skipping, and I DON’T KNOW WHAT ALL, but the point is THEY WERE OUTSIDE.  IN THE QUALITY OF AIR THAT WAS DEEMED BAD.

Um, excuse me?  JUST WHAT IS THE MEANING OF THIS?

Well, I can guess.

I can guess that we (the teachers) sent home these kids who had been inside ALL THE LIVELONG DAY and I can guess that these kids DROVE THEIR PARENTS CRAZY and so the parents said GO OUTSIDE AND PLAY AND JUST HOLD YOUR BREATH WHILE YOU DO IT.

Thursday was absolutely glorious knowing that all of the families were back in their homes, we had good air quality again, and we WENT OUTSIDE TO PLAY AND BREATHE DEEPLY. 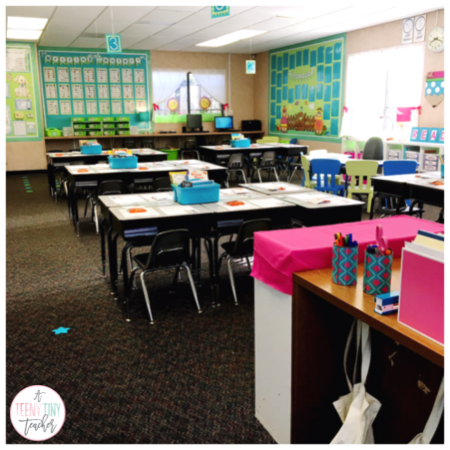 Do you see those turquoise desk caddies on the tables?

One of them caused a major upheaval this week.

I think it was primarily due to all of the inside-cabin fever-close-knit-let’s argue like family situation going on, but either way, one of those desk caddies sent a few of my kids into a frenzy.

One of my girls went to the bathroom (because we ALL go to the bathroom ALL the time) and when she came back, the desk caddie at her table group WAS IN THE MIDDLE OF HER DESK.

Can you imagine?  A DESK CADDIE was on someone’s DESK?!

She was NOT happy.  It was like that desk caddie was the worst thing in the world, like it was mocking her, like it was basically DOG POOP ON HER SHOE.

So she started questioning the witnesses.

To which everyone replied I don’t know or It wasn’t me or I didn’t do it or nothing at all because they were in the bathroom, too, and not even present to answer her questions.

Well, she didn’t believe ANY of them and then I heard the beginnings of I’m going to tell Mrs. Oldham, which basically made me the judge and jury AND HELLO – I WANTED NO PART OF THIS.

I mean, I was helping a student at the teacher table where I had all kinds of paraphernalia all over the place and I just kept moving it or working around it BECAUSE WHO CARES?!  WHO CARES WHAT’S ON MY TABLE OR MY DESK?

She cared a lot.

And right at the moment when she turned her little head to tell me about the horror on her desk. . . I did what any teacher (I think) overhearing this trial taking place would do . . . I overreacted to the music box on my teacher table.

Half the class started dying laughing because I am a riot, if you didn’t know, and a few kids looked scared because I’m crazy and you never know what to expect, and some said something along the lines of move it over or put it somewhere else, and then one kid got up and came over and moved it for me!

And then she got it.

And she moved the desk caddy back to the middle of the table group with a sheepish little look on her face.

I thought that was a really good lesson and I patted myself on the back for a job well done.  And I checked it off my Benchmark Advance To Do List which is really long, and even though there was nothing I could actually check off, I pretended I did.

And then I called it a day. 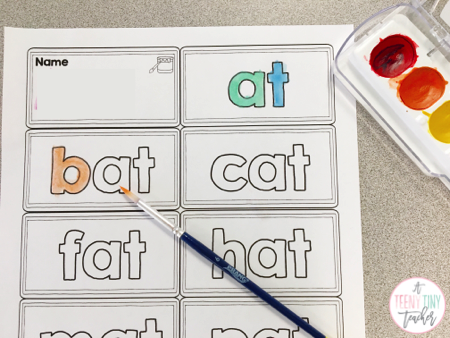 I put a picture on Instagram this week of my kids using watercolors to work on their spelling/phonics pattern this week and THE CROWDS WENT WILD!

A few people said they love to use watercolors, too, but a few others wanted to know if I sold this in my store.

Because I didn’t know.

I do know and now it’s in my store!

I’m a people pleaser — what can I say.

We’re using these lists and watercolors during centers.  My kids are LOVING it!

I would love to do this whole class, but I only have 6 watercolor palettes so I solved my own problem (I try to be an example for my kids – the above desk caddy example notwithstanding) and just made this activity a center. 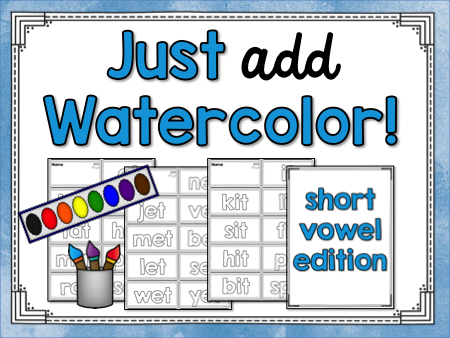 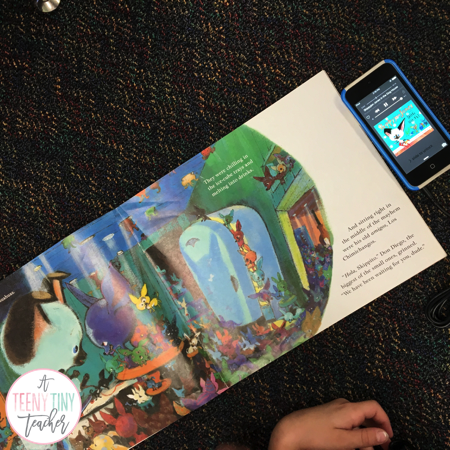 Molly at Lucky to Be in First inspired me with THIS BLOG POST.

I have GOBS of listening center books with cassette tapes.  GOBS.  I purchased them over the years and always made sure to get 4 copies of each book so each student at the center could have their own book.

And then I got rid of the boom box because hello, it’s the 21st century, and I wanted to get with the times.  And I got iPods.

I used QR codes for awhile (using my personal Hotspot) but I really wanted the kids to have the books in their hands.

Molly blogged about the tape cassette converter and so I started the process of getting the tapes onto my computer in iTunes.  It’s not hard, just a bit time consuming.

In iTunes, if you click on Get Info for the story that was imported, there is a tab that says “Add Artwork”.  If you don’t, it just looks like a music symbol.   So I went to Amazon, typed in each title, and right-clicked on the cover of the story to save as a picture to my desktop.  And then when I clicked “Add Artwork” I grabbed the picture from my desktop. 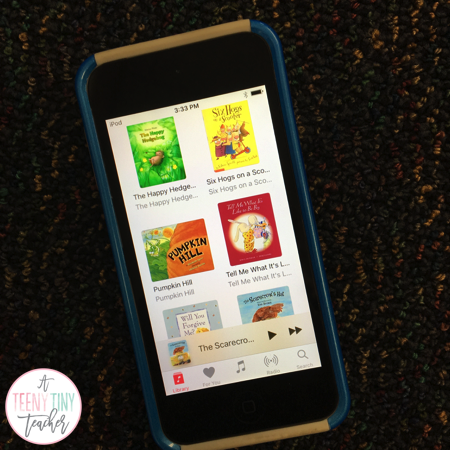 IT’S AN ACTUAL LIBRARY ON THEIR IPOD.  And it’s EASY because the books match the artwork on the iPod so the kids can find the title EASILY.

This center go-round, I picked two titles.  I put all eight books (4 books for each title) in the center basket with the iPods (and headphones) and BAM!  The kids pick the book, choose the matching one on the iPod, and press play!  We only have time for two books so that’s why I did that.  I’m not even requiring any kind of follow up page (recording sheet).  I just want them to have a book in their hands and I want them to listen to reading!  CALL ME CRAZY BECAUSE I AM!

Obviously, if they choose to listen to a story that I didn’t put out books for, that’s okay.  Who cares?  Not me!

My kids chose this for Fun Friday (this week we had Fun Thursday because we had a non-student day on Friday).

Anyways, I am so super excited about this center!  Right now, I only have 9 titles on the iPods, but my goal is to keep importing cassettes throughout the year. 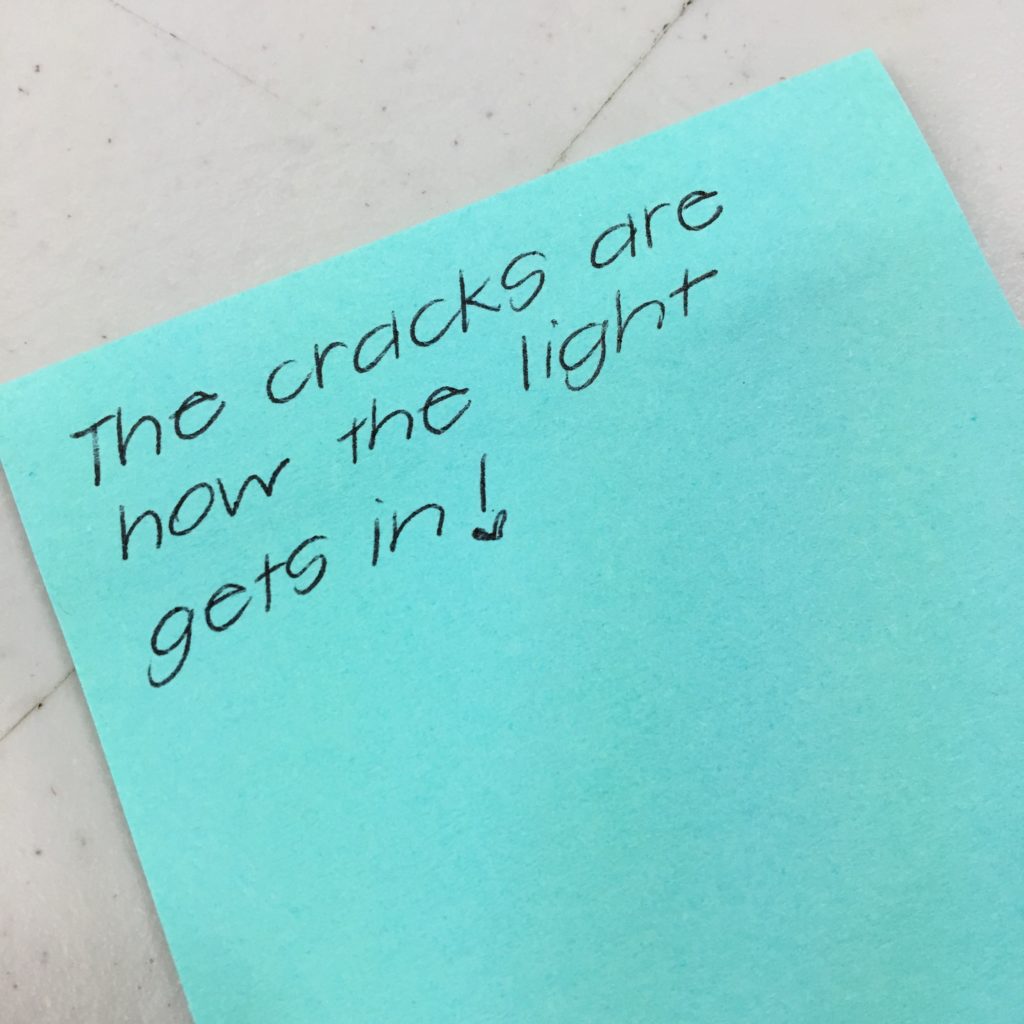 Yesterday, we had a Professional Development Day instead of students.

I had to go to high school.

The best part of the day was seeing all my friends from other schools.  It was LITERALLY like a high school reunion because we were in a high school gym and there was lots of screaming and hugging and being happy to see one another.

It was SO MUCH FUN!

And that is not an exaggeration.

It was basically an Intro To Teaching Course at a Junior College and I’m pretty sure I already took this class.  You know that class on the college course catalog that says something along the lines of do you think you want to teach?  Do you want to see if this is for you?  Check this out!  Enroll now!

There were six hundred of us in the gym plus this poor presenter who wasn’t really a presenter, more of a college professor, who spoke in a sort of monotone voice, and I almost felt sorry for her except I MOSTLY FELT SORRY FOR MYSELF.

It was not practical or helpful or inspiring or anything.  I mean, I almost felt like I wanted to be at school, stuck inside all day with my kids, with a shortened lunch, having desk caddy problems!

Meanwhile, I was in a group text with some of the upper grade teachers who were sitting in the other high school gym, dying as well.

The group text was HYSTERICAL and filled with emojis and GIFs and the bottom line is, I have a super funny friends!

Well, after surviving the morning presenter, we went to lunch which was fantastic because it was an hour and a half (CAN YOU IMAGINE?) and I had pizza and salad so yum, but then we had to GO BACK.

And the afternoon presenter was actually funny and a little bit inspiring and we were all on board with her.  She must have said 1000 times that we were professionals, Benchmark is JUST A TOOL, and really and truly, our kids just need to be READING AND HOLDING BOOKS and everything else is going to fall into place AND THAT YOU SHOULD READ A BOOK TO YOUR CLASS EVERY DAY JUST FOR ENJOYMENT.

I was like THIS GIRL IS SPEAKING MY LANGUAGE, LET’S BE BFFs.

She said the “cracks” that are in our new curriculum (believe it or not, there are cracks even though you could teach it all day, every day, at night, and on the weekends and never get to everything) is how the light gets in.

AND WE ARE THE LIGHT!  And what we know and do and love IS THE LIGHT.

So the day ended on a good note.

Meanwhile, my upper grade friends were now with the morning presenter lady AND THEY WERE DYING.