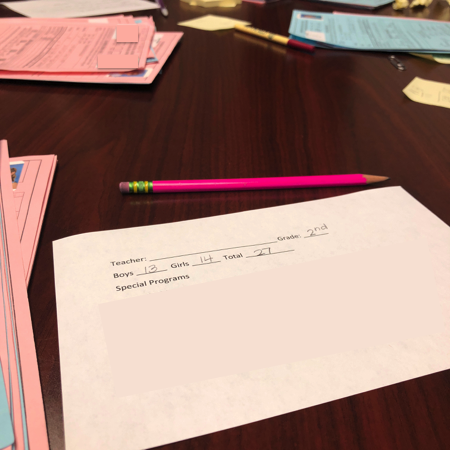 I started the week with a half day sub so that I could get together with my teammates and create classes for next year.

My first principal at this school couldn’t really create classes one way or another because we were year round with four tracks, and there were only two classes moving up to each grade level per track.  So we just kind of switched the kids from one class to another, but really and truly, they were “tracked”.  There wasn’t much we could do.

My next principal created the classes herself.  And she took parent requests.  We had nothing to do with any of it whatsoever at all.   That lasted for ten years.

The next principal allowed us to create the classes.  US!  We couldn’t believe it!  In fact, she threw a “pink and blue party” with junk food and soda, and we all sat in the cafeteria during our PLC time and did it then.  It was loud, and it was chaotic, but we got it done.  BUT.  We would come back to school at the end of summer to find out everything we had created had been changed.  For this reason or that or the other, but the classes WE had created were not the same.

This year, my new principal got us half-day subs and said GO TO TOWN.  I’LL SIT WITH YOU.  I WILL NOT CHANGE THESE LISTS.

We had high hopes of creating these classes quickly and then using the “spare” time to lesson plan, or work on report cards, or maybe even squeeze in a longer lunch.

It always takes forever.  We take into account everything you can think of to create four balanced classes for the second grade teachers.  I’m talking . . . parent volunteers, language learners, name repeats (if there are two Katie’s, we separate them), advanced, at grade level, below grade level, any behavior issues, speech, boys, girls, etc etc etc.

And we all have trouble because we don’t want to put any of our pinks and blues on any pile.  These are OUR kids.  MY kids.  I may be ready for summer, more than ready, but I’m not ready to let my kids go.

All of that is to say that we did NOT finish.  I mean, we do have four piles.  But we need to look them over again.  And check again.  And hem and haw again.  Our principal said it’s fine. 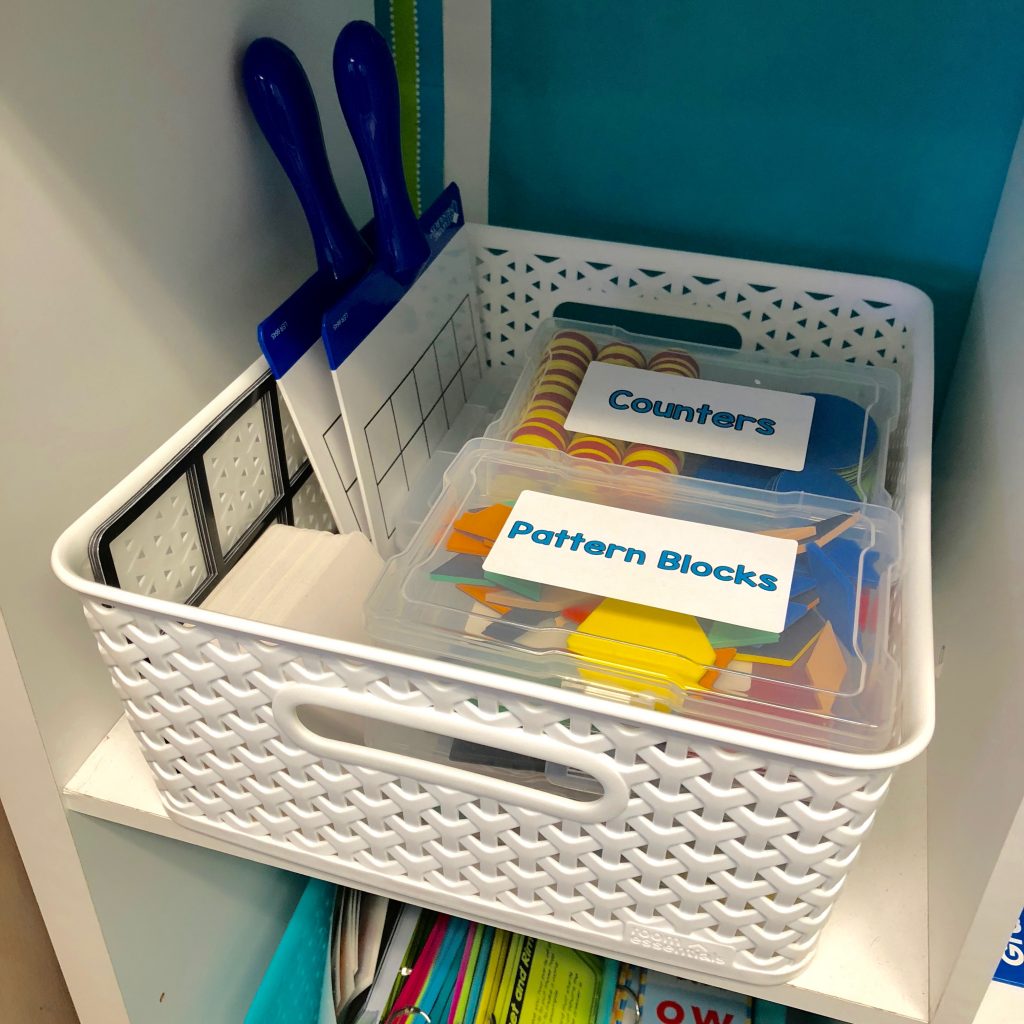 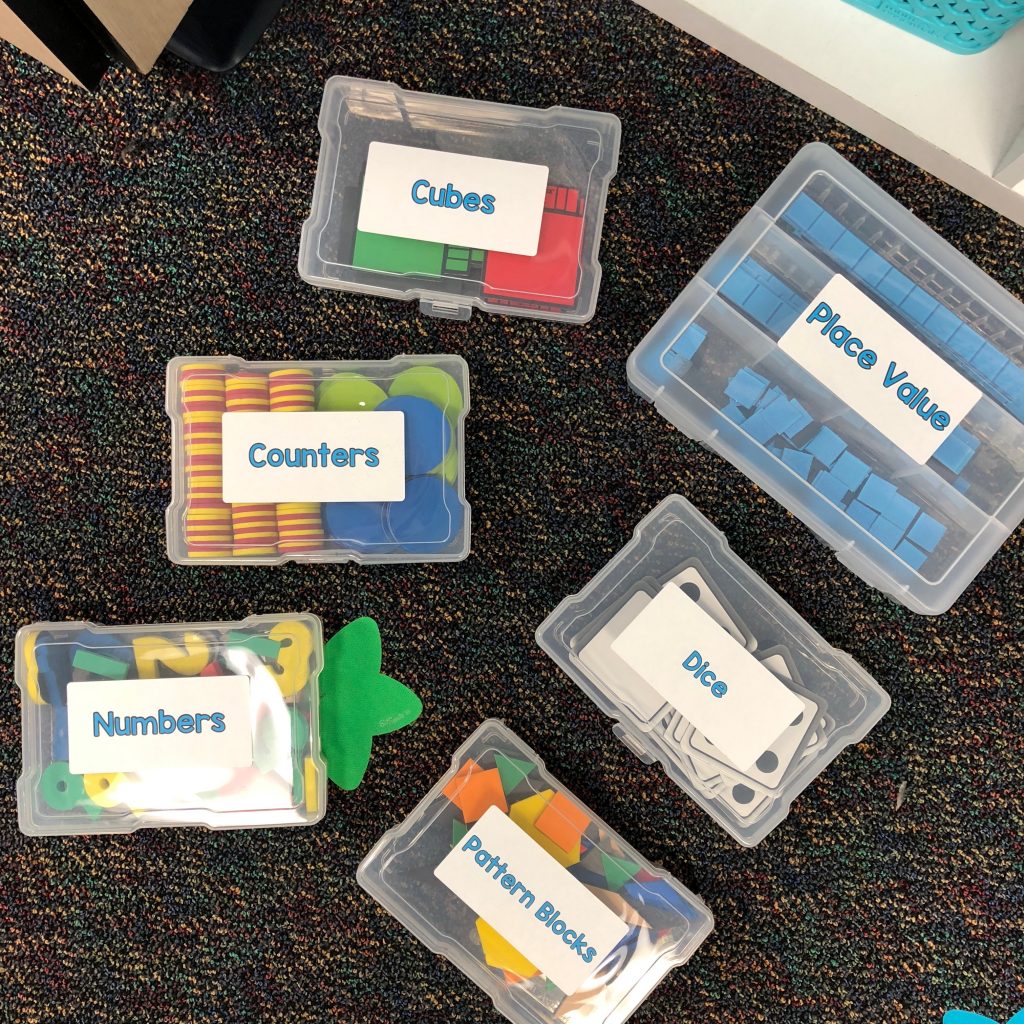 My before picture would have been various sized ziplock bags filled with magnetic math manipulatives.  And they were a HOT MESS.  And they drove me CRAZY.

I finally got the photo container thingamajigs from Michael’s that everyone has all over their Instagram accounts, AND NOW I AM IN HEAVEN.

I am organized.  I have what I need.  I can put the container on my lap, open the lid and find exactly what I need to put on my little easel, which happens to be magnetic in case you were wondering.  When the manipulatives were in the baggies, I couldn’t find anything I wanted.  Or the color I wanted.  Or whatever.

This has already changed my life and I’ve only had it since March!

It makes me SO happy! 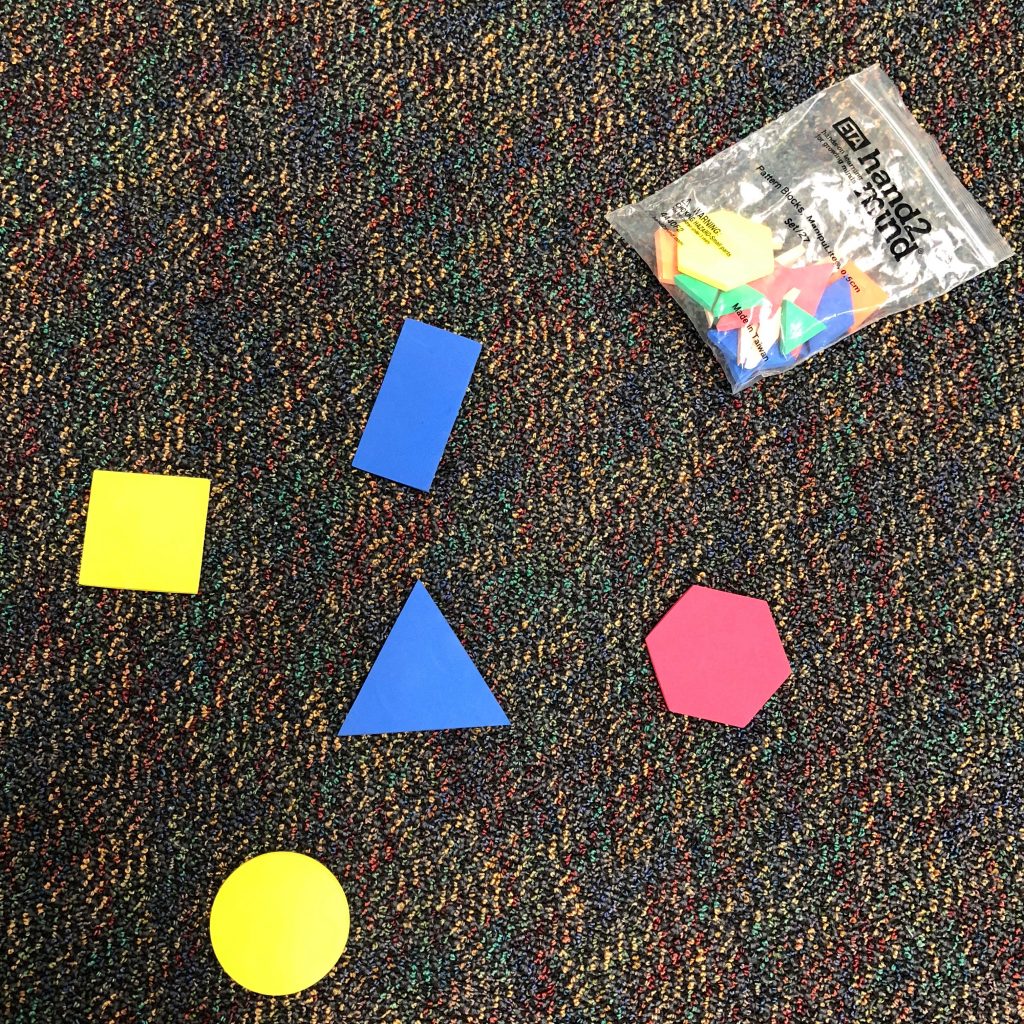 We started geometry this week (I mean, we only have eight and a half school days left so no time like the present) and one day, we played hot potato!

I put my kids in a big circle, handed one of them a circle (for example), and started some music.  I happen to have a Disco playlist on my iPod so we were listening to a lot of The Village People, but you could use whatever music you want.  Go crazy.  😉

When I stopped the music, the student holding the circle had to tell me all about it.  I prompted those who needed it, but most didn’t need any prompting at all.  They would say things like it’s a circle, it has no sides, and there are no corners!  Then I added another shape to the circle so we would have TWO hot potatoes going around.  When the music stopped, BOTH kids had to tell me about their shapes.  Then I added ANOTHER shape and so on.  At the end, we had five or six potatoes going around.  My kids were passing as fast as they could, laughing, singing, etc.

The best part is that they kept hearing the names and attributes of each shape OVER AND OVER again, but they weren’t tired of it, and they actually WANTED to be holding the hot potato when the music stopped.

We played the same game on another day, but with the solid shapes!  🙂

We play hot potato a lot in my room. 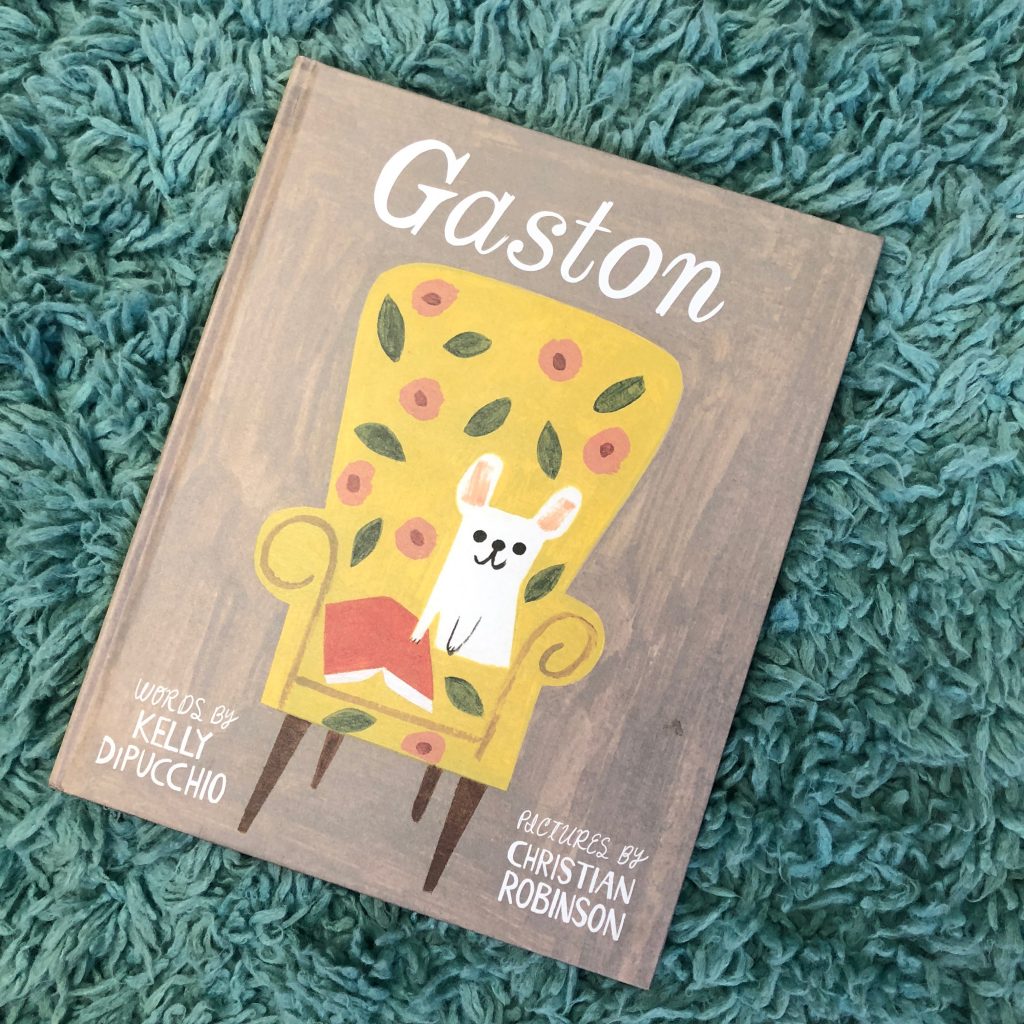 My teammate, Laurie, bought this book for me.  She said she knew I would love it.

She knows me well. 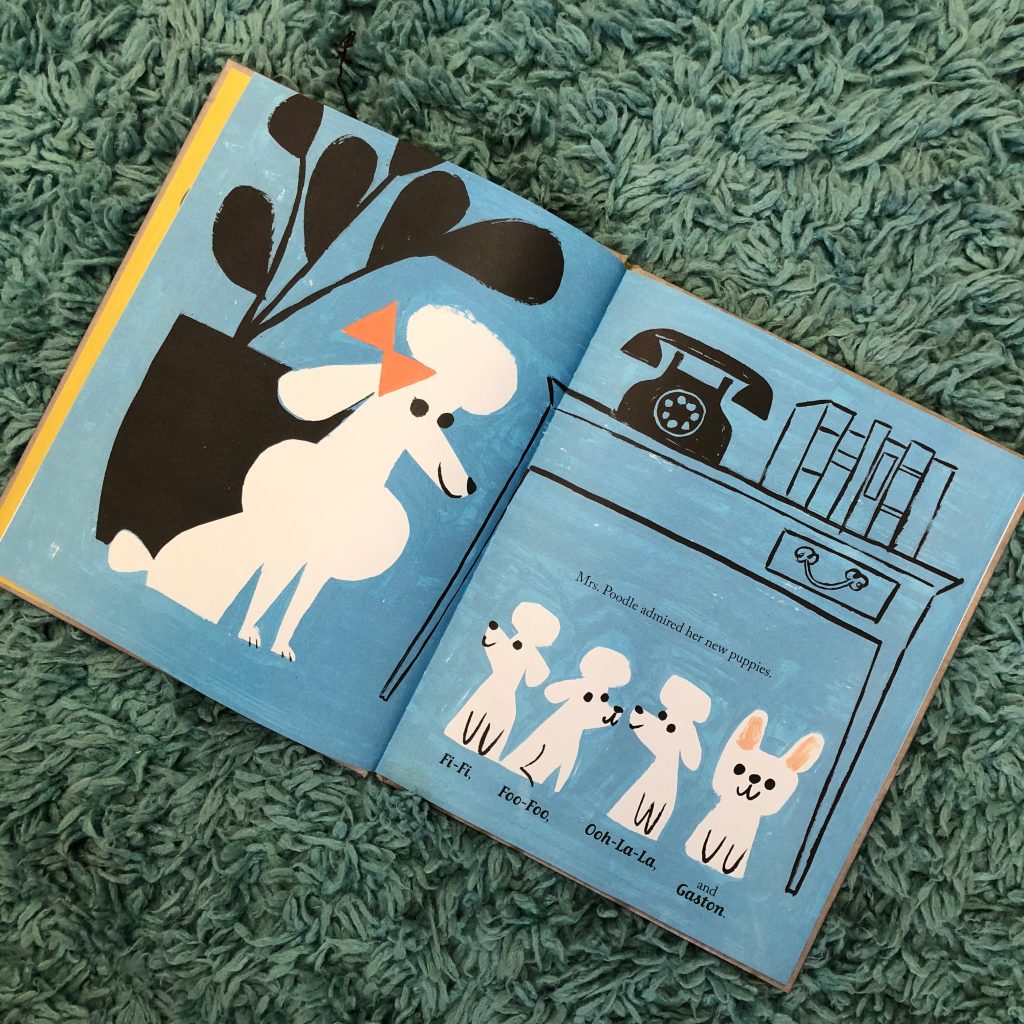 I just can’t with the illustrations.

And the dog names. 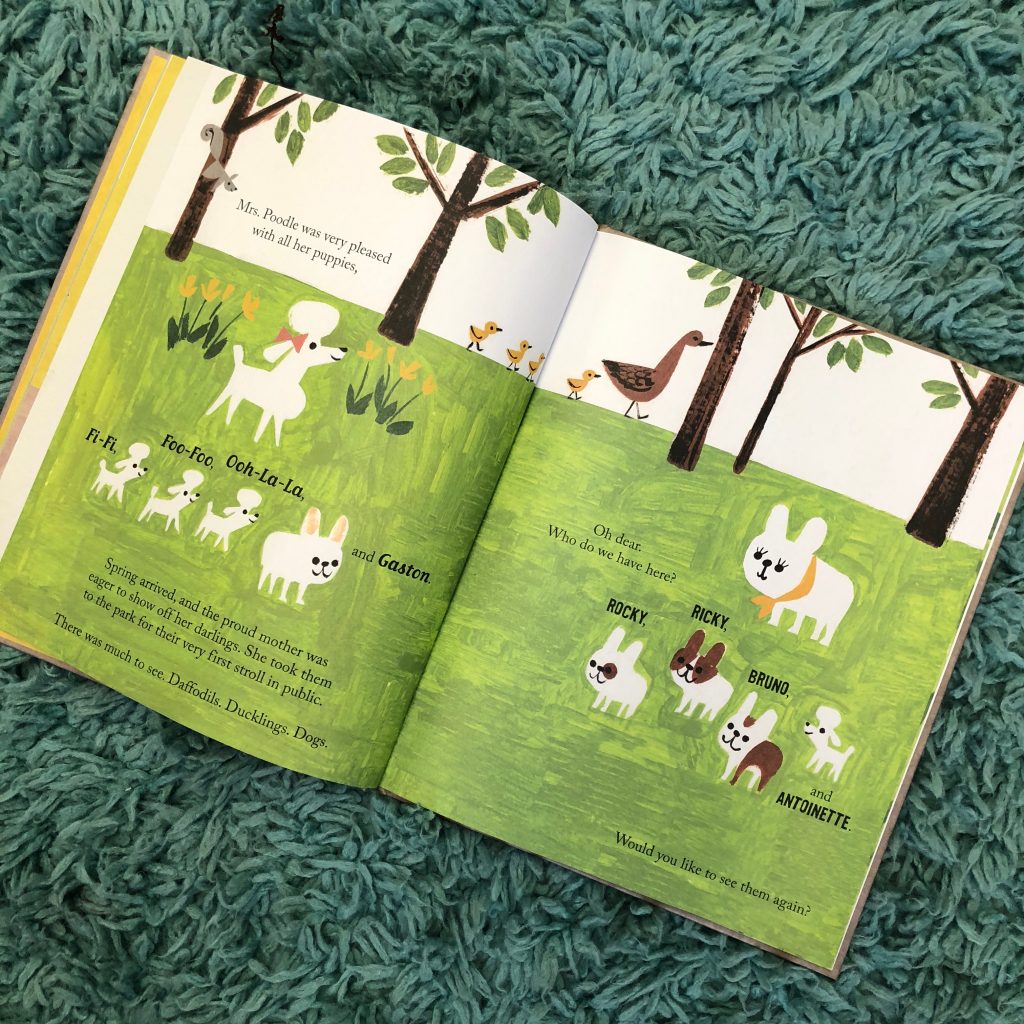 I mean.  LOOK.  My kids started freaking out and saying the dogs are mixed up, the dogs are in the wrong families, look, Mrs. Oldham!

I don’t want to give anything else away, but the ending is ABSOLUTELY PERFECT.  It led to some amazing conversations and I highly recommend it!! 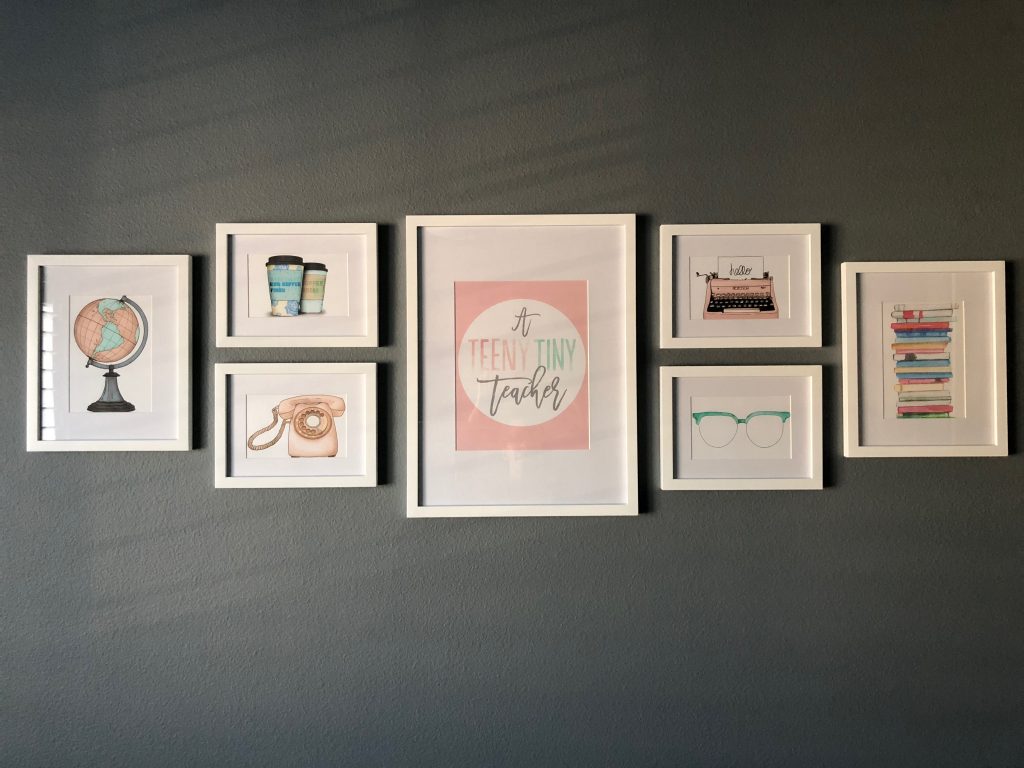 So it might have taken me four-ish years to finally hang something on the walls of my office, but I did it.  That’s all that matters if you ask me.

I’m seriously obsessed with this ready-to-go Gallery Wall Kit on Amazon, thanks to Lauren at A Teachable Teacher.  That girl inspires me on the daily.  The kit comes with the frames AND A TEMPLATE.  You hang the template on the wall so you know where the nails go.  I mean, it is GENIUS.

I knew I wanted the big picture in the middle to be my logo, but I had no clue what to do for the other pictures.  So I just started searching watercolor clip art on Etsy and I found images that I thought best represented ME!  I love love love how it turned out. 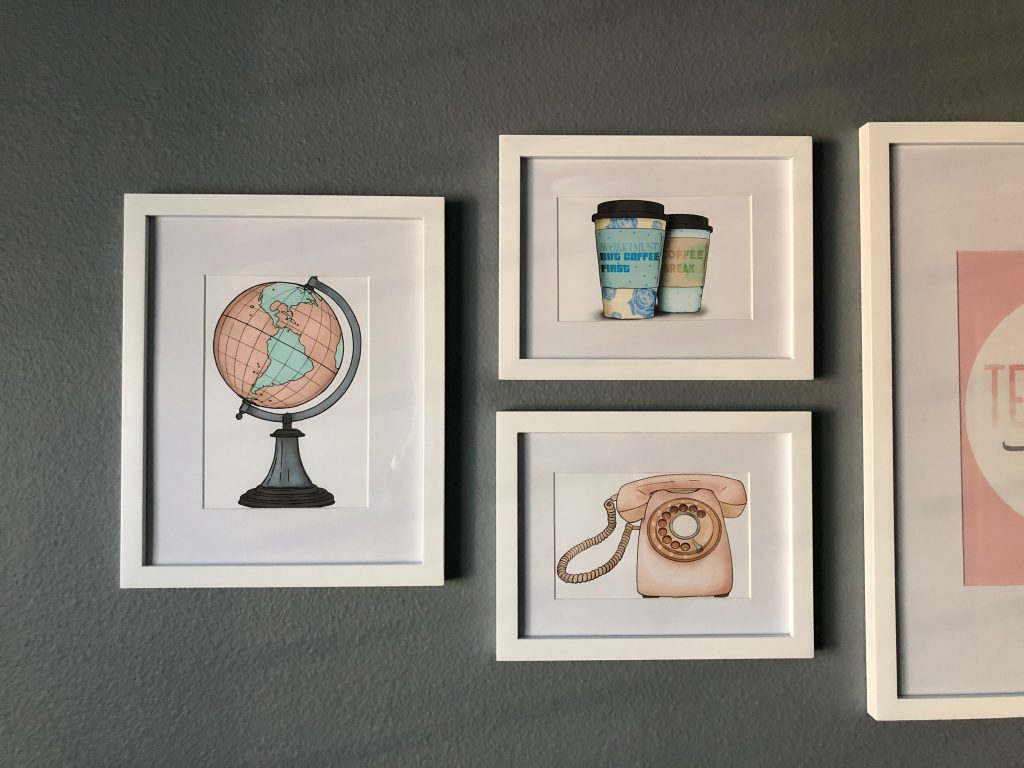 Telephone – I love to talk! 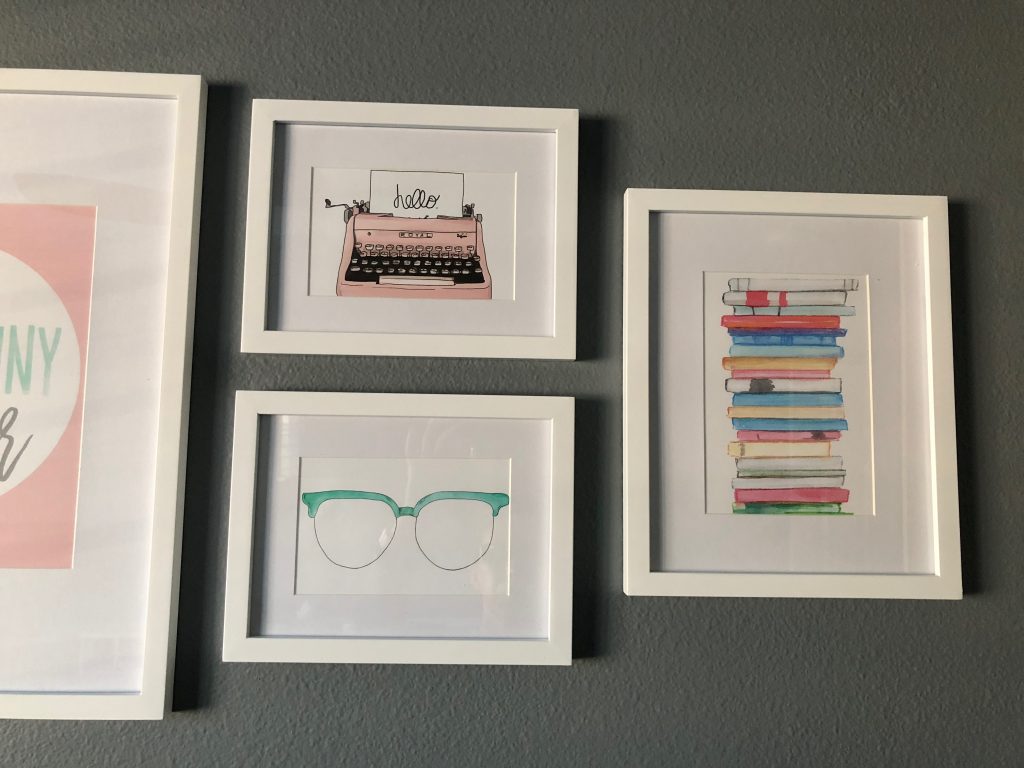 Glasses – um, I am blind without them 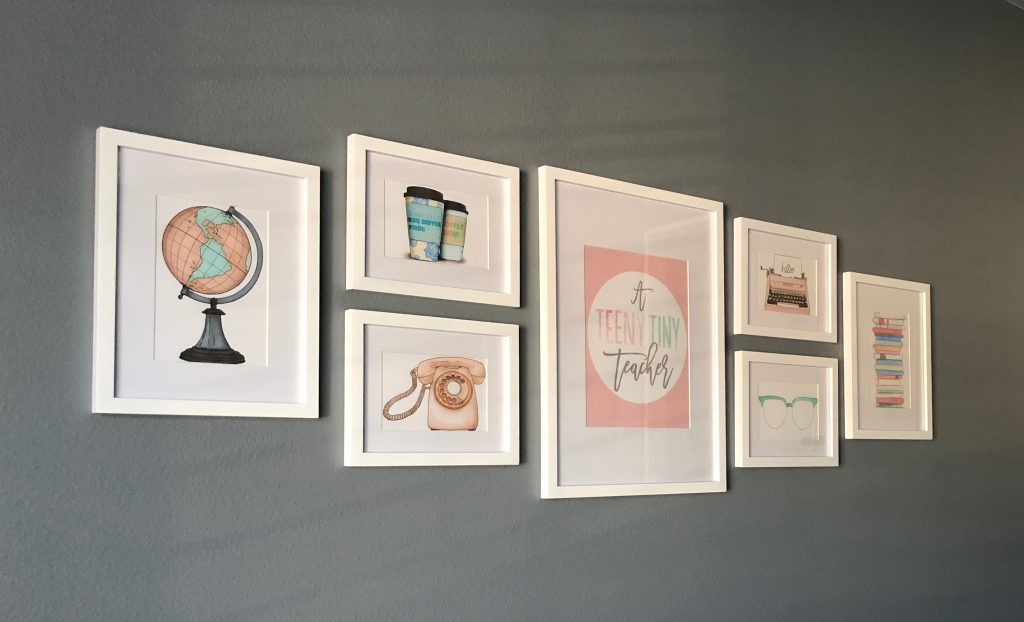 Even though this was supposed to be a PIECE OF CAKE to put together, I knew I still needed Steve.  Because even though it seemed EASY, I pretty much knew that if I got the hammer out, I would accidentally end up with a bathtub in the kitchen even though my office doesn’t have a bathtub in it.  Shoulder shrug.

So Steve came home late one night this week and said hey, let’s hang up your gallery wall and I said but it’s late and he said but it looks so easy, it will just take a moment.

Maybe it was the wall.  Or our house.  Or the paint on the wall.

I’m sure it had nothing to do with Steve at all.

But it wasn’t quite the piece of cake it promised to be.  It was more like . . . hmmm . . . well . . . it was more like a melted sundae that is dripping down the sides of the bowl and spoon, and getting your hands all sticky, and now the table is messy, and the delicious sundae you were looking forward to is now a giant soup-y mess that you have to CLEAN UP.

And it wasn’t me.

And I did have to clean a bit.

There.  You’ve been warned.