Happy First Weekend of Summer Vacation (for me, anyways)!!  Woohoo! 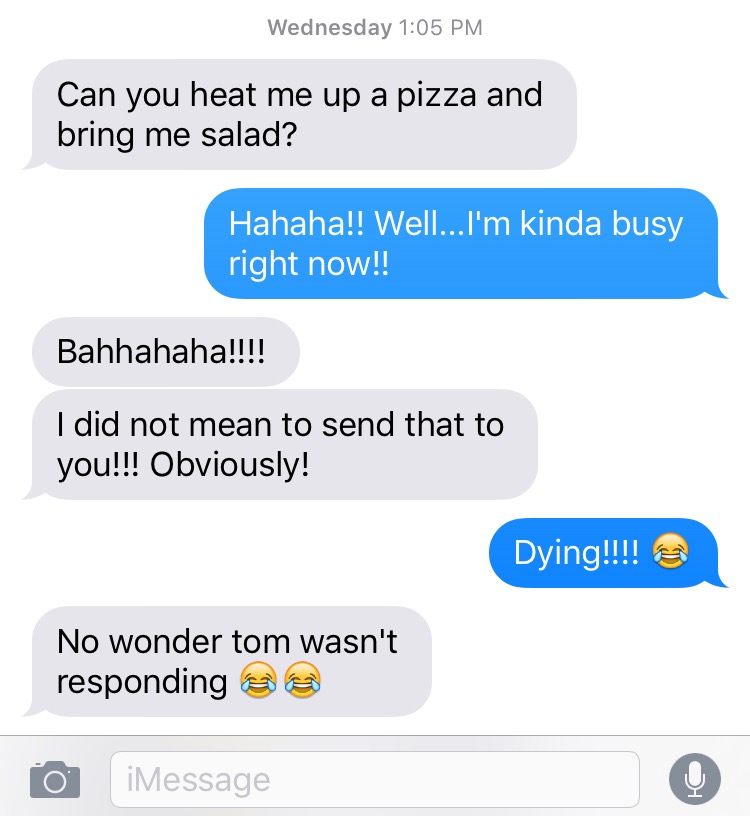 This is a conversation between Hadar (Miss Kindergarten) and me.  She’s the white text and I’m the blue text.

I was in the middle of my Class End of the Year Party when this text came through.  I just happened to be walking past my desk when my phone lit up so I saw it right away.

I cracked up!  I knew she didn’t mean to send it to me and that I must have been the last person she texted . . . because I do this sort of thing ALL THE TIME!  I recently texted one of our PTA moms (I had her son when he was in first grade) — it was a question about our 100 Mile Club.  Then I texted Steve to tell him I had no clue about what to have for dinner.  The PTA mom replied she didn’t know what to have for dinner, either.  HAHAHA!  🙂

Hadar did get her pizza and salad, but her hubby brought it to her. 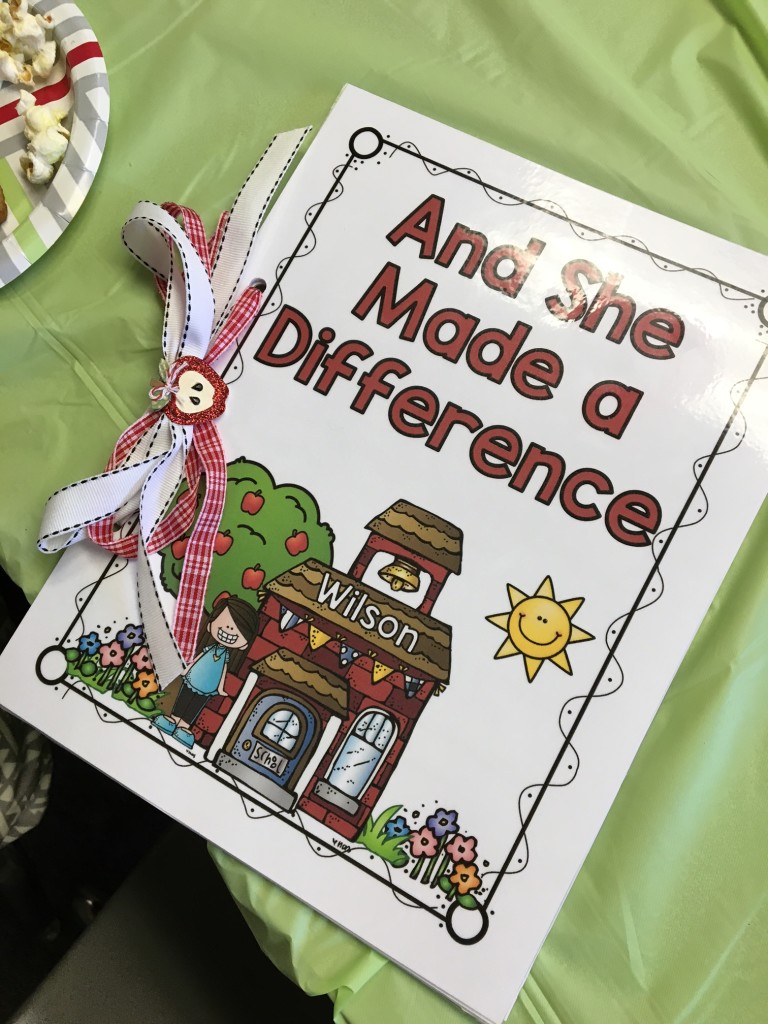 We are losing three teachers this year.  🙁

One is moving to San Diego and two of our teachers are being displaced.  One has only been with us this year so she knew she would have to leave . . . we have low enrollment if you can count 1100 students low enrollment.

The last one has been at our school for ten years.  TEN YEARS.  And because of the low enrollment, she is also being displaced because she is “low man on the totem pole”.  AFTER TEN YEARS.  I can’t get over it.

We had a Going Away party (we call it Leaves) for these three earlier in the week.  We sang a song for our friend moving to San Diego, fifth grade serenaded the new teacher (IT WAS HILARIOUS!), and I wrote a children’s book for my friend.  Several parts repeated so I made copies and highlighted those parts so that we could all read the book to her.  It was super special and she really loved it.

It was hard to read because we all knew the ending.

Honestly, I still can’t get over that she is leaving.  And I’m not the one leaving.  So I just keep praying for her.  I know her new school will love her, but we are going to miss her terribly. 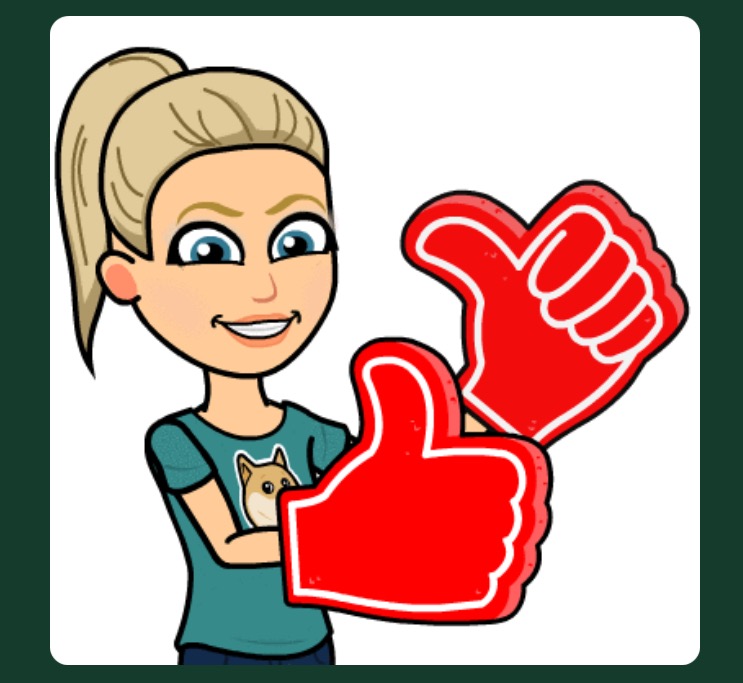 It was a super sweet and sad and fun last day.  My kids are so adorable.  They kept saying things like this is the last time we will sit on the carpet, this is the last time we will line up, this is the last time we’ll read Junie B. . . .   Frankly, they were making me a little sad.  I had one little girl crying off and on all day and few others who cried when they said goodbye to me.  I just love these kids.  I told them I would be the saddest on the first day of the 2016-2017 school year when they’re all big second graders, and I have a new class of stranger babies who I don’t know at all, and I will have to struggle not to cry because it’s hard, and they’re new, and they don’t know how to stay the whole day, and I’ll be tired.

Anyways, I just can’t believe I won’t have these kids next year.

Don’t get me wrong — I’m super excited for summer vacation.  It just doesn’t feel real yet! 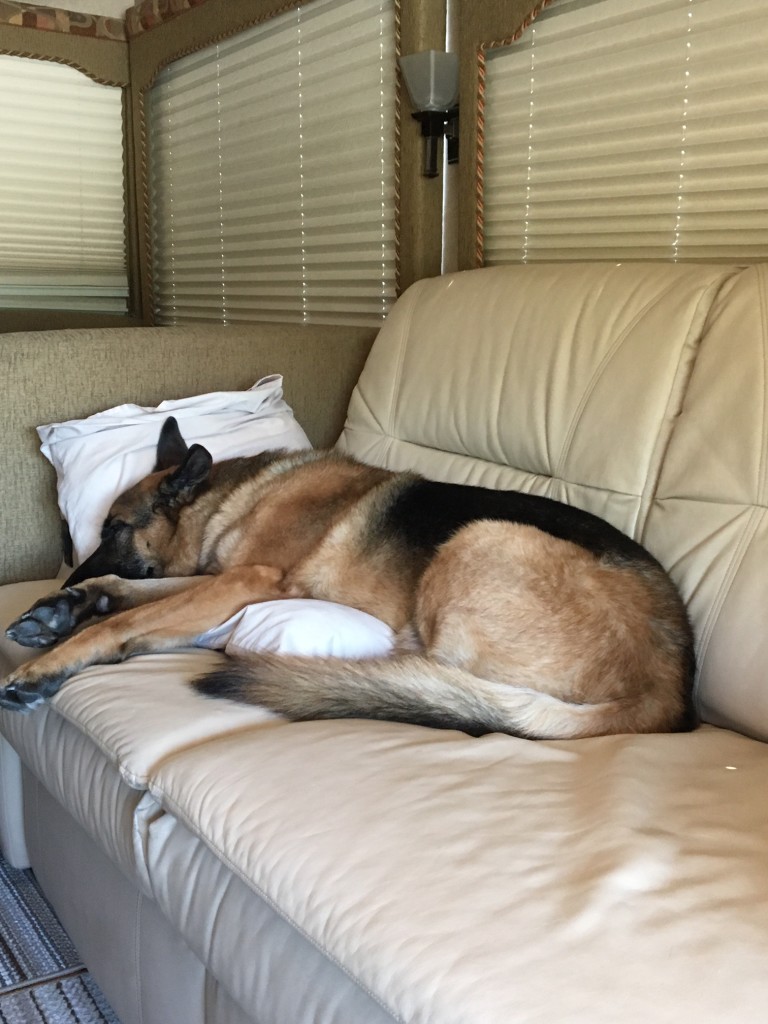 Steve and I both had birthdays this week.

Steve rented a GIGANTIC RV (for his birthday).  Like, this RV makes me feel like I’m going on tour and I need to list the dates I’ll be in concert at a city near you.  Steve is NUTS.  He loves loves loves to drive any and everything, and the bigger, the better.  His grandpa was a truck driver so I think it’s in his blood.

Anyways, we are heading up to Napa (my birthday present) and Murphie came with us and I’m actually blogging this in the front seat of the RV.  Which, by the way, is super comfy and reclines like a Lazy Boy.  No joke.  And the front windshield is the biggest thing ever – I feel like I’m watching an IMAX movie.  Murphie has taken to sitting in front of me and looking out the window as if she were watching a movie, too.

She is the best little traveler!  Just going with the flow wherever we go.

We stopped in Paso Robles to visit Steve’s great aunt and uncle and cousin.  They made lunch for us!  And then . . . 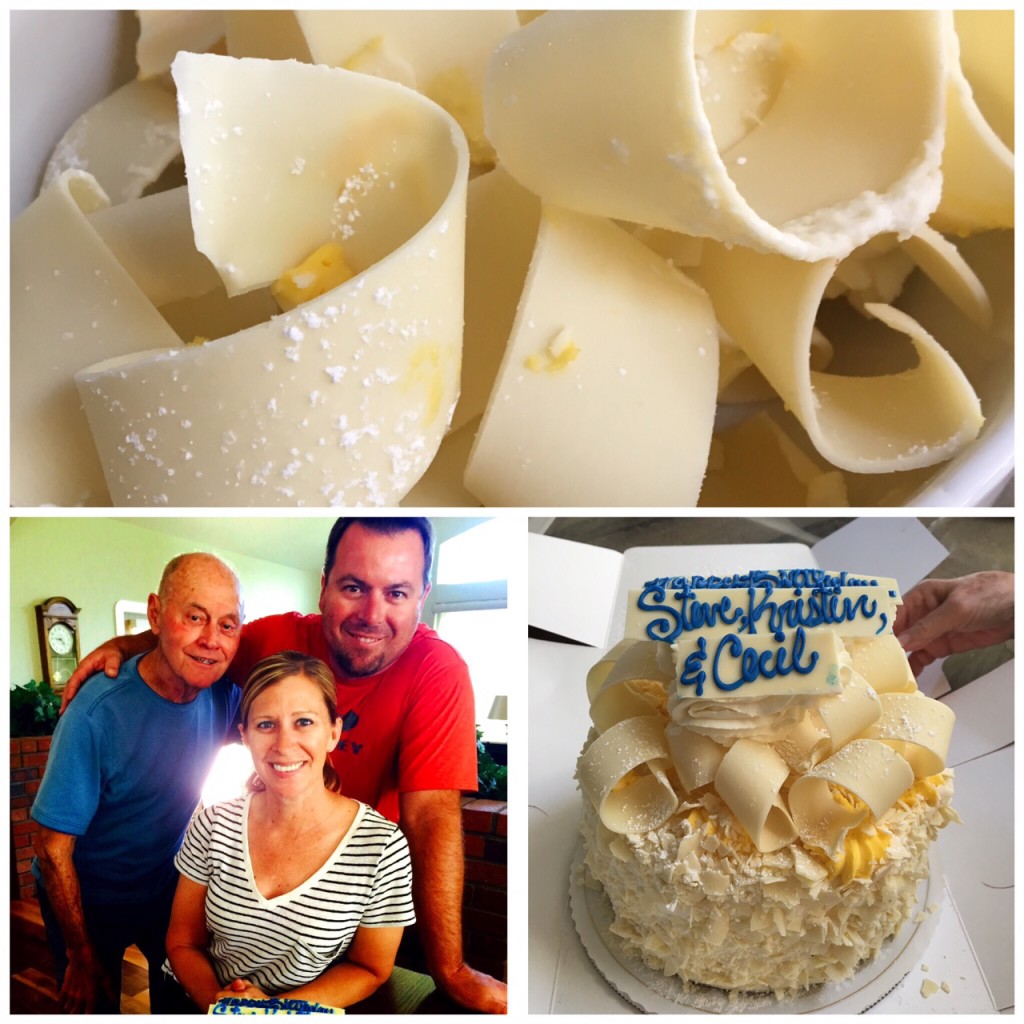 . . . . because Steve’s uncle Cecil has a birthday this week, too, Aunt Sandra ordered a cake from the famous Madonna Inn.  It’s a champagne cake.  And all that stuff on top of the cake (which we had to take off and put in a bowl and it didn’t even all fit in the bowl) is WHITE CHOCOLATE.

I can’t even explain how delicious it is.

We got to take some home, too.

The funniest part of the afternoon was when Uncle Cecil’s cell phone started ringing.  And when he pulled the cell phone out of his pocket, it was a FLIP phone.

I said A FLIP PHONE.

Steve’s cousin said I didn’t even know they still made flip phones.  She said it all serious-like.  Matter of factly.

And Steve said I didn’t, either.

To which Cecil replied Well, I just got it yesterday.

That just killed me.  I died.  I mean, I lost it.  I’m laughing pretty dang hard right now as I write this.  No one else was laughing and I was dying.  My shoulders were shaking, tears were coming out of my eyes, and I couldn’t stop.  It struck my funny bone like nobody’s business.  But I didn’t want to hurt Cecil’s feelings so I was trying to pretend I wasn’t laughing and I was covering my face as best as I could . . . and when I’m trying not to laugh is when I tend to laugh the hardest.  People.  Am I the only one who thinks this is funny?

Then Steve’s cousin said iPhones don’t work for my dad.  He doesn’t know how to hang up.  Once, he called me when he was in the car with my mom and he wasn’t happy with me.  We got into an argument.  He thought he hung up, but he didn’t, and then he talked so much trash on me, only to say to my mom GET HER BACK ON THE PHONE! and I yelled I am still on the phone and I heard everything you said!

Which just made me laugh all the harder.

I felt like the whole thing could have been on a sitcom.

We are almost to Calistoga now and we are meeting up with my niece who goes to Sonoma State.  It’s going to be a fun fun fun weekend!

Have a great one!