I actually know what day it is.  Because my summer is over.

Yesterday was our first staff meeting. 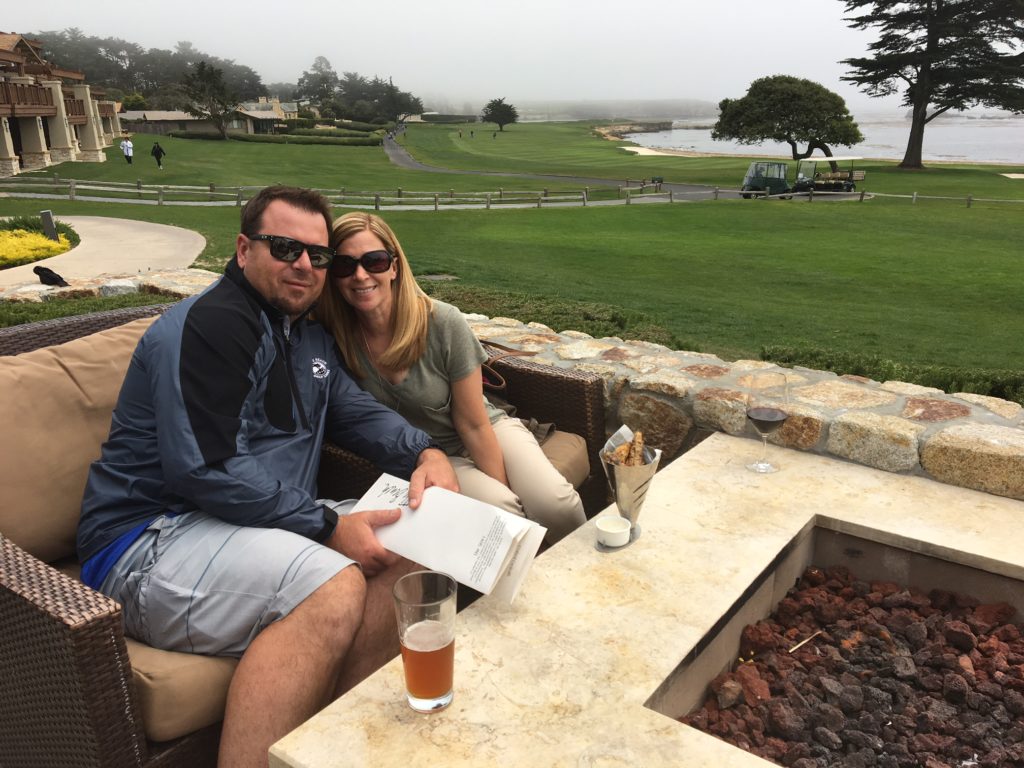 On Tuesday, Steve and I celebrated our 19th wedding anniversary.  This picture was actually taken on Sunday, though.  We left Napa and stopped in Pebble Beach to have lunch on the golf course.  It was in the 60s and it was COLD!  Steve had to buy a jacket (which was ridiculously expensive), but the fire pit warmed me up enough that I took mine off.   See that appetizer sitting there?  That was some kind of fried mushroom situation and I’m here to tell you that I’m not a huge mushroom fan, but I am now if you cook them like this.  Who wants to cook them like this for me?  😉

On our ACTUAL anniversary, we both worked all day and then had cereal for dinner. 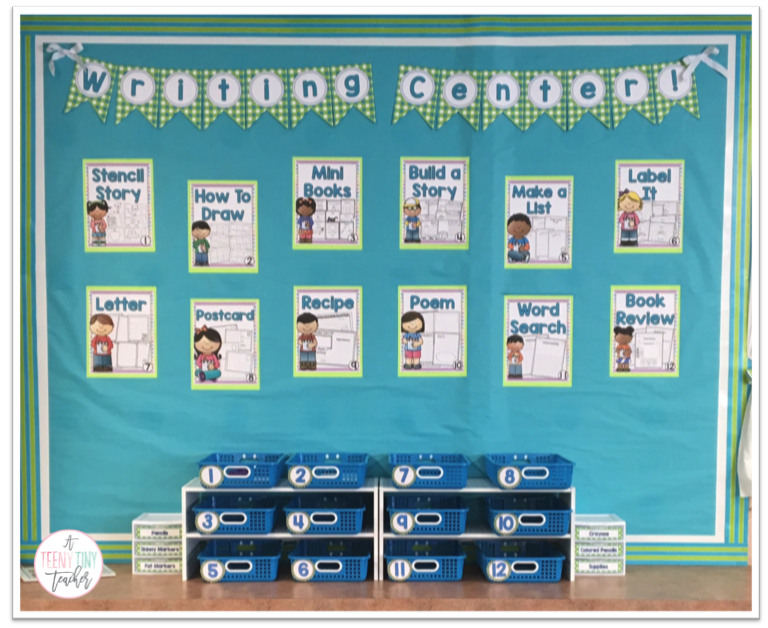 This used to be my Word Wall.

But I’m going out on a limb here and telling you that I didn’t use my word wall appropriately.  I had big plans to use it appropriately.  Obviously.  But when Open House rolled around in May, I figured I’d better add some words to it.  #justtellingthetruth

I know some of you are going to ask where I got the little posters that are hanging up so I’ll tell you.  I made them.  But I’m not sure I can share them because I took screenshot images of items I’ve purchased (that I’ll put in the baskets as I introduce them to my kids) . . . and I don’t want to get in trouble because they’re not my images!  I’ll keep you posted when I find out if it’s okay.

There are four turquoise stools at this counter for the kids to sit on while they’re here.  This counter used to be our listening center.  Which I know is weird considering this used to be our word wall . . . which is why I changed it all up!!  NOW YOU KNOW.

Some things take me awhile.  What can I say?

Because I completely took over the counter and made it our writing center, I needed a new place for our listening center (which is four iPad minis – I am SO 2016, but I am also rigid and inflexible because I don’t want my kids walking around with iPads).  The big rectangular table I had was way too big a place for it so I got this little table from Ikea (but actually Amazon) to go with the four Ikea chairs I already had!

LOOK HOW CUTE THIS IS!  It makes me so happy!

Oh, and please ignore the waffly border . . . I have already fixed that but I didn’t take a new picture.  Those borders were waffly and wobbly all last year AND DROVE ME CRAZY.  Turns out I didn’t use enough staples.

Those borders aren’t going to waffle this year, let me tell you that.

How many times can I say waffle before I need to go eat some syrup? 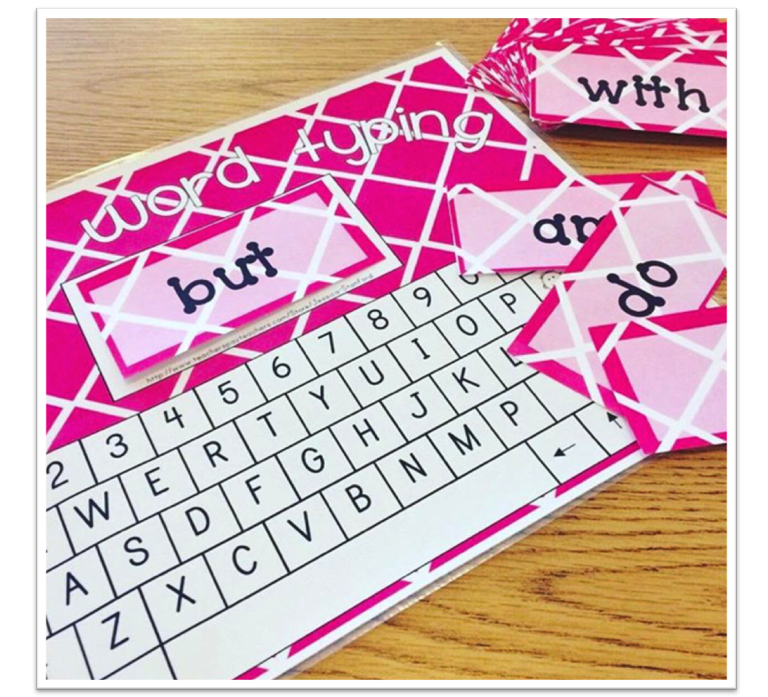 Isn’t this the best idea for sight word practice?  Kids “type” the sight word!  This is in Jessica Stanford’s store and she said (on Instagram) that she uses these for early finishers.

I LOVE LOVE LOVE this idea!  I know my new kids will love it, too!  It’s so fun!  Jessica also said she put hers in file folders to make it seem like a laptop!

Wondering if any of my kids will end up doing what I did when I took typing in high school . . . I’ve said before that I typed everything on my legs for years after I took typing.  It was a weird compulsive habit and I don’t know how I broke it, but it’s made me an extremely fast typist so there’s that. 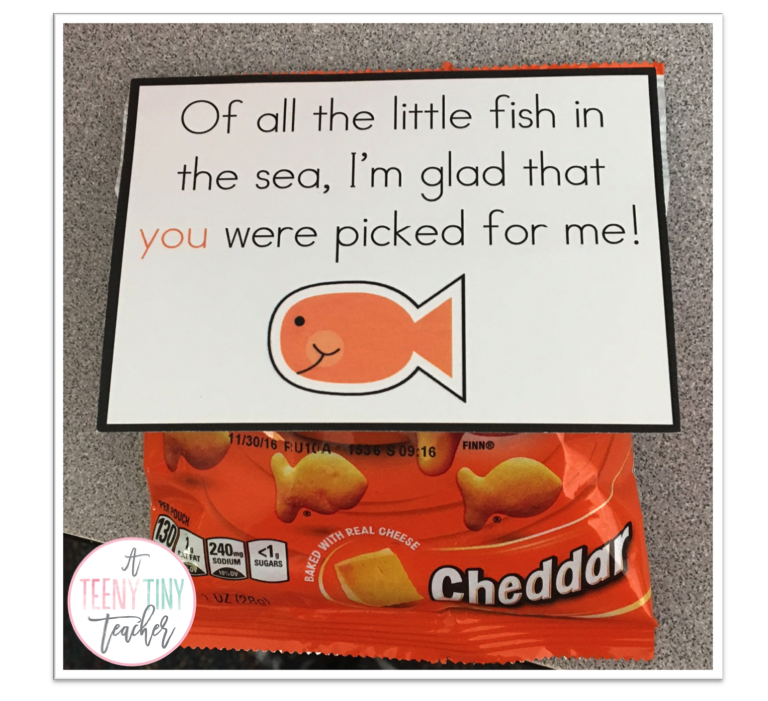 Every year, our team always puts out gold fish crackers for each student on the first day.  This helps TREMENDOUSLY with our first recess I don’t have a snack situation because yes, you do, please calm down, it’s only 10am and we have to be here ALL THE LIVELONG DAY, let me open this bag for you, here you go, there you go, that’s a girl, there’s your smile, please chew with your mouth closed.

I won’t go into how this creates a different problem on the second day of school when students want to know where their snack is and I’m pretty much like Kid, you’re on your own, this is first grade, we’re big kids now.

Anywho, we usually have a tag that says something like Congratulations, you’re o-fish-ally a first grader, but my teammate, Heather, found this little saying on Pinterest or somewhere (I don’t know who the owner of the saying is because Heather found it, and then typed it up so if you’re the owner, let me know!) and we’re using these tags now.

I absolutely love them!  I think it’s so true!  I pray for my kids before I get them so I know they’re meant to be in my class.  🙂

That’s it for now.

I’m actually off to school (it’s open half day today) because I moved my computers, and made a gigantic mess of the wires, and now they don’t turn on so Steve is rescuing me.  Once again.  I love that guy.