Hello one and all.

I’m in Houston, TX, on my way home from New York City where I spent the weekend with Steve, Kerry, and her husband, Robert.

It was a fantastic weekend and so much fun and it went by way too quickly, as events deemed fantastic and fun tend to do.

We took a tour of Yankee Stadium, stopped by the TpT offices, saw Aladdin, went on a Hell’s Kitchen eating tour, a Central Park tour, we saw Chicago and then . . . in the middle of the night, around 3am, I was woken up out of the blue in pain.

And because it was the middle of the night, and because I was in a strange room, I really wasn’t sure what was happening.  So I tried to talk myself out of it.

I said you must have slept wrong and that’s why your side and back hurts, just readjust.

And then I realized the pain was worsening and it hurt.  I think that’s why they call it pain.

I thought holy crap, my appendix burst.  Holy crap, no, no, no!  And I googled it and I thought the first staff meeting of the year starts this Thursday, I cannot be stuck in New York for an emergency appendectomy!


Welcome to my mind.  This is how I think.

Now, we all know that I’m no stranger to pain.  You can read about urinary and bladder infections {HERE} and {HERE} and bone graft surgery {HERE}.

I can take pain.

But after an hour of pacing the hotel room and breathing as if I was in child labor (which I have no clue about except for that which I’ve seen on TV) and praying to God to make it stop, I had to wake up Steve.

STEVE, I said.  STEVE!  He was in a dead stupor seeing as how it was 4am and he said Kjcbbijicvdsjicjliocijj?


To which I replied, SOMETHING IS WRONG.


And this next bit explains to you all how much I can take pain.  I have been married to Steve for 18 years (our anniversary was yesterday, yes, happy anniversary to us, let’s spend it in the ER, nothing like in sickness and in health to solidify the deal) and we’ve been together for almost 24 years and because I said I had to go to the ER, he was up and hailing a taxi within five minutes.

Although, to be clear, the bellman or the hotel guy said if I could take the pain, I was better off not going to the hospital.

Better off.  Not going to the hospital.

To which Steve said, I know my wife and she can take pain, this is not right, she is dying, we have to go to the hospital.

But the ER, which stands for Emergency Room, by the way, was the Place Where Time Stands Sill.

Luckily, I threw up in front of a bunch of people before we checked in, so I was in a bed in no time.  In a hallway with a curtain of sorts. 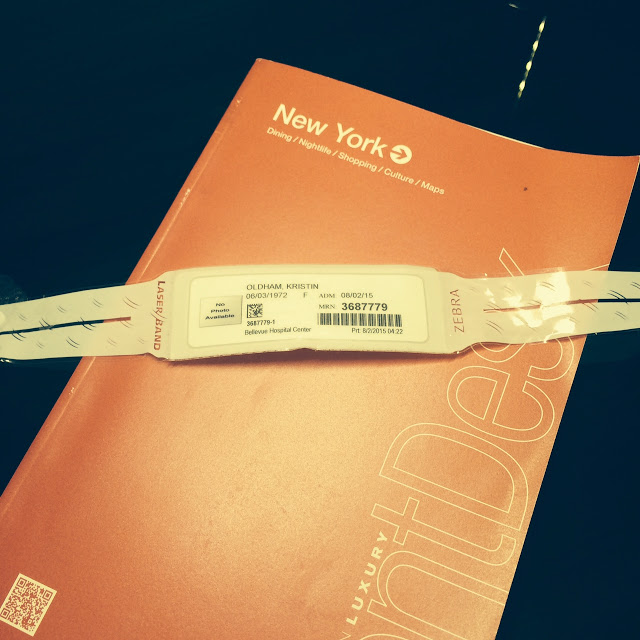 And I was surrounded by other people in bed.  Who only wanted a bed for the night and were not actually in pain.

I was also hanging out with two prisoners.

In orange jump suits.  Handcuffed to their beds.

And next to me, although he was not a prisoner, a guy kept yelling I am a bleeping felon, this is my bleeping hospital, get the bleep away from me!


He proceeded to ask for a urinal, was given a bottle of sorts, did his business, and then threw the bottle on the floor.  And his urine went everywhere.

And, miraculously, my pain started to lessen.  So I was able to lie in the bed instead of pace around the room, which was really good considering someone else’s urine was on the floor and no one was in a hurry to clean it up.

After an hour or two or three, who knows, it was forever, I was seen by a doctor.  And after taking my medical history, and hearing my story of how I was awakened out of a dead sleep by a searing pain, she determined that I probably had a kidney stone and needed to give a urine sample.

Turns out that my urine sample was not the color that urine should be.  I was shocked and so was Steve.

I had an ultrasound and they didn’t like what they saw in my right kidney.  They said they would have to look at the lab work to decide what next steps to take.

At this point, Steve and I were deciding that our next steps would be our 11am tour on Ellis Island.

We were thinking of leaving.

Steve was going crazy with the turtle-like speed of the emergency room . . . and the prisoners . . . and the guy next to us . . . and the girl laughing about how great the bachelorette party was and then breaking down in tears because she had lost her shoe, where was her shoe, someone better find her bleep bleeping shoe . . .  and the urine on the floor that had not been cleaned up over two hours later . . . and the fact that I had to walk between the two prisoners to go to the bathroom (and I had to go to the bathroom a lot because they were making me drink a lot of water) . . . and because my pain had lessened . . .

We told the doctor we were leaving.

She said that was not a good idea and not recommended, and we shouldn’t.

And I said I would be fine, I would just take my twin’s medicine.

Yes.  That’s right.  Kerry came to New York with a kidney stone.  Although, she thinks she passed it the day before.

And I’ll tell you who she passed it to. 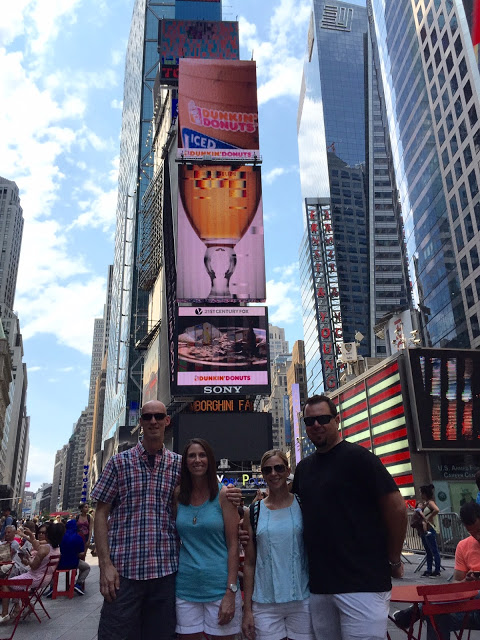 Matching outfits.
Teal shirts.
White shorts.
On accident, of course.
Matching Kidney Stones.
Why not?
PS It is by the grace of God that I am in no pain today as I travel home.  I have never been closer to Him as I have been yesterday and today as I thank Him for taking the pain away and pray that He will allow me to get home without any further pain.
PPS I have a follow up appointment on Wednesday.  Just saying.  In case you were being a Mother Hen.
PPPS  Yes.  This is true.  Kerry and I have matching Kidney Stones.
🙂
« I Have/Who Has with Freebielicious
The Kidney Stone »