Someone pinch me because it doesn’t seem real!!!!

Woohoo!  I’ve got three weeks off and lots of fun stuff planned, plus a lot of PJ Stay at Home Days.  I can’t wait!

So my post a couple of weeks ago about how I feel the need to use a timer to make my class parties run smoothly turned out to be a hot topic.

I would say the majority of everyone (on my blog and on my Facebook page) who commented told me NOT to use a timer, and/or WHAT THE HECK IS A TIMER, and/or DO I NOT KNOW HOW TO PARTY AT ALL?  WHO SETS A TIMER?

Which, if I’m being honest, made me feel a tad bit embarrassed because, apparently, I do NOT know how to party because I AM THE ONE SETTING THE TIMER.  Hello?  Did you not read my post?

Our class party was on Wednesday and GUESS WHAT?

I did NOT use a timer for the first time ever.  Well, wait, that’s not entirely true.  My very first year, I wasn’t sure how a class party was supposed to go, and I didn’t really have room parents, I just had well-meaning parents who sent in all sorts of things for us to eat and drink . . . so my 20 little first graders and I just sat around drinking soda and eating chips, cake, cupcakes, candy, and whatever else was donated for an hour or so until someone threw up and the rest of them got too hyper to sit around anymore.

True story.  I know you think I’m exaggerating, but I am NOT.

You don’t need a timer when someone vomits.  That’s when you know the party is over.

My room parent this year is UH-MAZING and a super hard worker, and also a little bit like me in that we want things to be organized and prepped, and we like to be in control.  We are controlling people, but not of each other, and somehow we decided to have a timer-less party.

Between the two of us, we came up with the following centers.

Before the party started and before any parents were in the room, I told my kids that they would be free to go wherever they wanted.  HOWEVER.

If the center was located at a table group or the teacher table, there had to be an EMPTY chair available.  They also could NOT drag a chair over to that center and SQUEEZE in.

I’m talking to YOU, Mr. Always In Everyone’s Space Who Doesn’t Understand Me When I Say Hula Hoop, Put Your Hula Hoop On, Where’s Your Hula Hoop?!  I often talk about our hula hoops, but have yet to show them a REAL LIFE HULA HOOP which means most of my kids think I’ve made up a couple of words and they continue to touch one another, which then makes me say HULA HOOP! again.  It’s a vicious cycle.

My aide and I also starred in the following drama:

“I Won’t Be Your Friend Anymore”

I played Meanie and she was Sweetie and it went something like this:

Meanie:  I want to sit here.

Meanie:  You’ve been at this center forever.  Move.

Sweetie:  But I’m not finished yet.

Meanie:  Move or I won’t be your best friend anymore!

Oh, how the kids roared with laughter.  I’m pretty sure we’ll win something at the Kids Choice Awards.

We also discussed how a couple of the centers were ONE TIME ONLY centers, meaning they could decorate a cookie and eat it, but the volunteer had a class roster and checked everyone off.  Same with the frames, but a class roster wasn’t necessary because their photos were inside.

Meanwhile, all of the other activities were more of a free-for-all situation and students could come and go, or stay, or come back later, or skip it altogether.

I pulled sticks to start us off just to be careful.  I felt nervous that all twenty-five kids would storm the cookie center at once.  And then it was sort of weird because the Bingo Center (played with green and red M&Ms) and the Skittle Center (played with Skittles) were empty in the beginning.  And my room parent and I were kind of looking at each other like . . . uh oh . . . how are they NOT wanting to play the games with CANDY?  By the way, my room parents had baggies prepared ahead of time with the M&Ms and Skittles . . . and my students’ names were on each baggie.  She also had little individual containers of frosting for each child.  BRILLIANT.

The empty centers at the beginning makes sense to us now because there were EIGHT centers to choose from, and I only have twenty-five kids (so far) this year so it stands to reason there would be empty centers here and there because the kids were traveling around with their BFFs and such.

Then it all just kind of happened naturally, the centers started filling up, and music was playing, and kids were laughing, and it was loud, and then it would get a little quiet, and then it was noisy again – you know how it goes.

Every once in awhile, the volunteer at the cookie center would let me know if someone hadn’t come yet (CLASS ROSTERS, people!!  Super handy) and I’d go give the kid a little nudge like hey, we only have about fifteen minutes left if you want to decorate your cookie . . .

I gave a ten minute warning just so the kids had time to hit any center they hadn’t, or they could return to one they loved.

Right around the one hour mark, the Reindeer Antler game got a little wild and someone was running around the room with someone else chasing them and that’s when I knew it was time to call it.

I ABSOLUTELY LOVED IT.

We didn’t have any incidents of kids wanting to squeeze in or kids being mean or any behavior issues AT ALL.  They were too busy!  🙂

I walked around and took pictures, I never had to look at the clock, I didn’t have to hurry kids up, or slow other kids down . . . I was so so so pleasantly surprised and happy!

Unfortunately, I didn’t take pictures of the ACTUAL centers that we had the share with you.  All of my pictures have a million kids in them so I can’t share those, and I’m being super duper lazy this morning and not wanting to take the time to blur out their faces.

But I think I know how to party now!!! 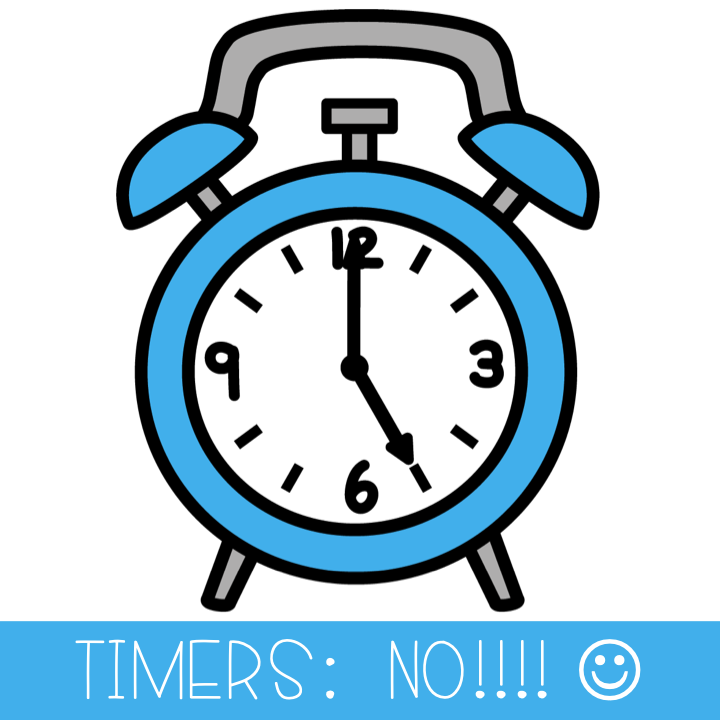 We will definitely be having a FREE FOR ALL timer-LESS Valentine’s Day Party and I’ll try to be on my game, and share the centers we have planned AHEAD OF TIME for you.  I’m sure most will be a variation of the Winter Centers, but with more of a Valentine theme.

In the meantime, it’s my first day of break, and I’m going to have a long slow morning filled with coffee!  And one of my teammates made her delicious strawberry jam which means Steve went out to get English muffins for me.  This is a tradition. I think if my teammate ever stops gifting me jam at Christmas time, I’ll be out of sorts.  🙂