Except not really because it’s summer vacation!!!!  Woohoo!!   It’s more like back to reality for the hubby who had a meeting today, but I don’t feel too bad for him because he gets to have long lunches and make his own hours.  Just saying.  At the end of the day.

I, however, did not have a meeting unless you count the fact that I went back to school today because it is the last official day that we are allowed back in and so I took advantage of it even though our custodian told me I could come back in anytime I wanted to because I am special.  Okay, not special so much as I am nice to him and the only crazies at school today were my two teammates and me and that is all.  Which means no one was there.  So I think he decided we might actually be certifiably insane and he didn’t want to make any sudden movements.

But I am not going back tomorrow.  I am not.

And I am happy to report that I took my laptop on my little surprise mini romantic getaway and I never even took it out of the case.

When we got to Paso Robles, we checked into the hotel and then walked over to my hubby’s cousin’s house.  Well, it’s actually his mom’s cousin so that makes her his second cousin or his cousin once removed.  I’ve heard it told both ways.  Either way, he has a cousin and I do not.  And he has a cousin in Paso Robles that made homemade spaghetti and meatballs and garlic bread and salad and poured wine for us.

We got reacquainted with her dog, Max. 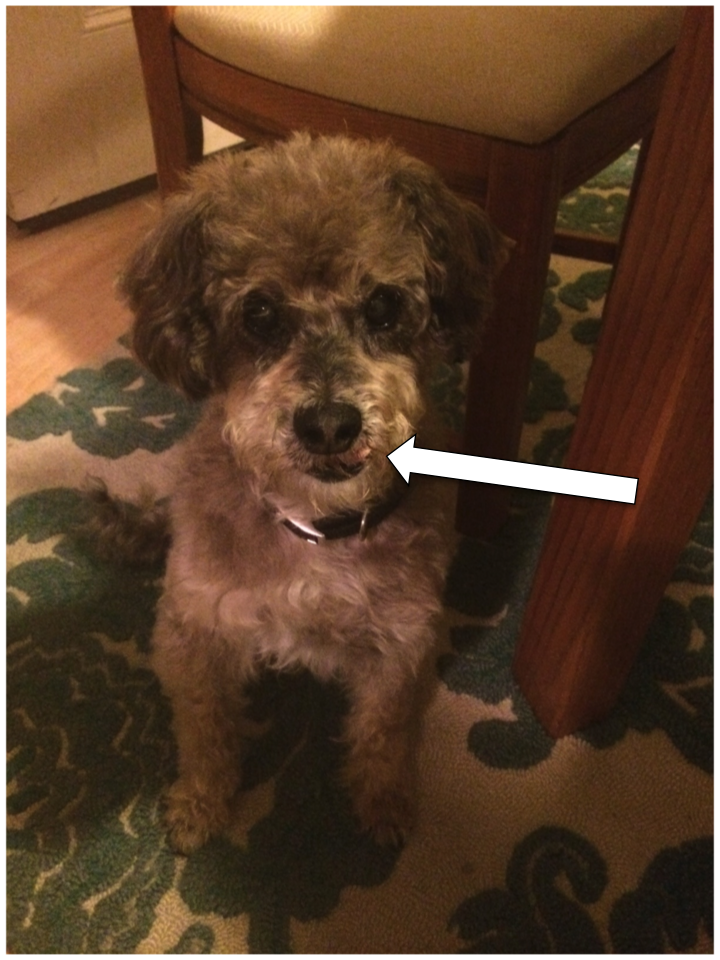 Max has a snaggletooth.
It makes me love him just on sight.  But’s he a cool dog, too, and Murphie loved him.  She also loved his food.
We hung out and had a great time and then walked back to our hotel.
We were tired.
But we were up most of the night because Murphie was freaked out  on guard the whole night.  Any person that walked down the hall automatically meant that she had to get up and smell the bottom crack of the door and occasionally, let out a growl.
Not to mention, the last minute hotel booking meant our room was right next to the ice machine.
Yep.  We finally put her in her crate and that helped a little bit until she decided to pant as if we were in a desert, and not in Paso Robles at night where it dips down into sub arctic temperatures  and made me wish I had packed my Uggs and jeans and a hoodie.
Seriously.  I was freezing both nights that we were there.
It was all worth it on Saturday, though.  We visited three wineries and all three were dog friendly.  As in, seriously dog friendly.  I think they were nicer to Murphie than us.  No one offered me a treat and a glass of water FOR FREE, thank you very much. 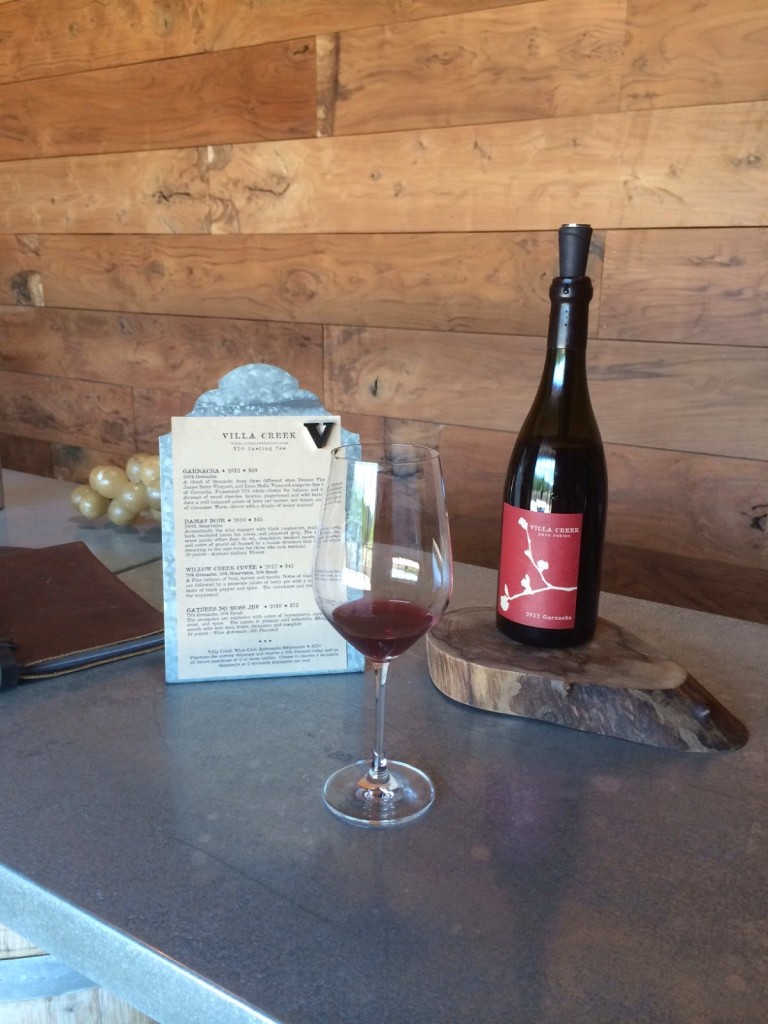 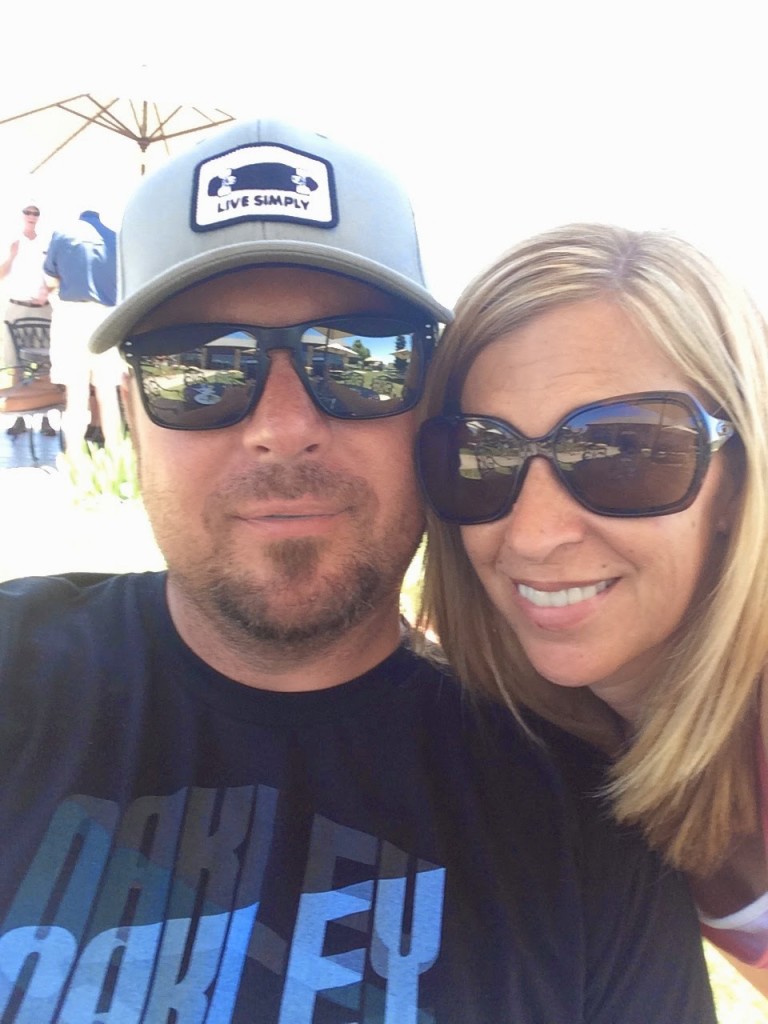 Number Two:  Calcareous
The lady there introduced me to a yummy breakfast wine.
Good thing, too.  I’ve been looking for a good breakfast wine.
I’m thinking of cutting back on coffee. 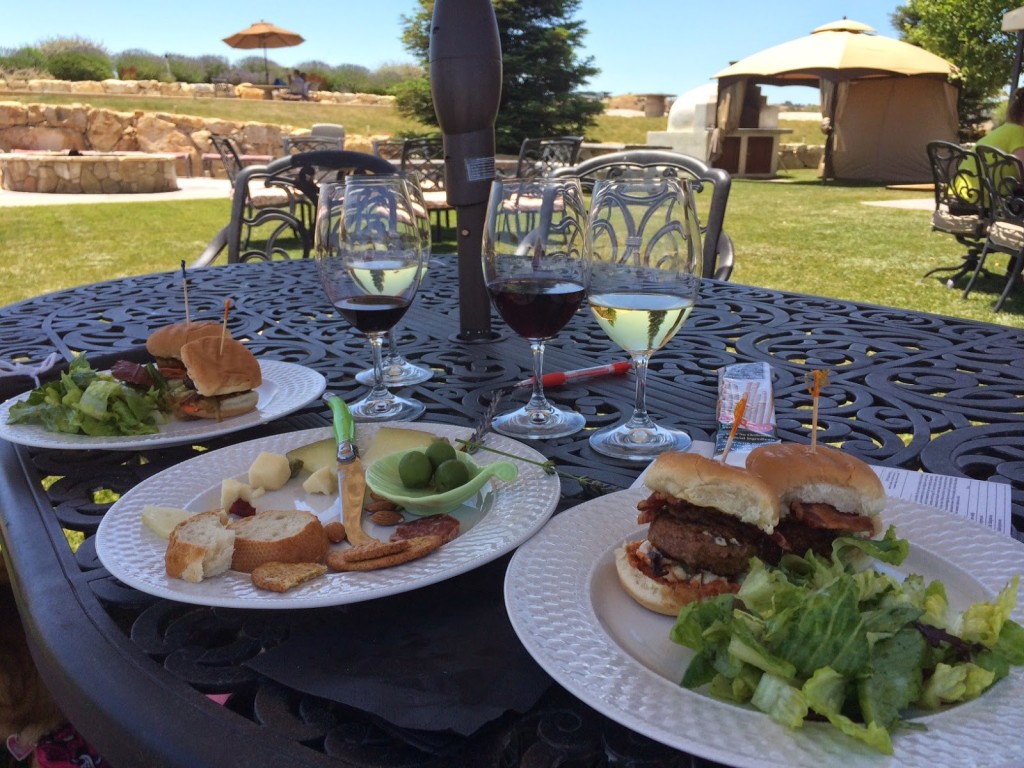 Still at Calcareous.
The food was DEE-LICIOUS.
And doesn’t every one have four glasses of wine
with their lunch?
Oh, I kid.
Two belong to the hubby. 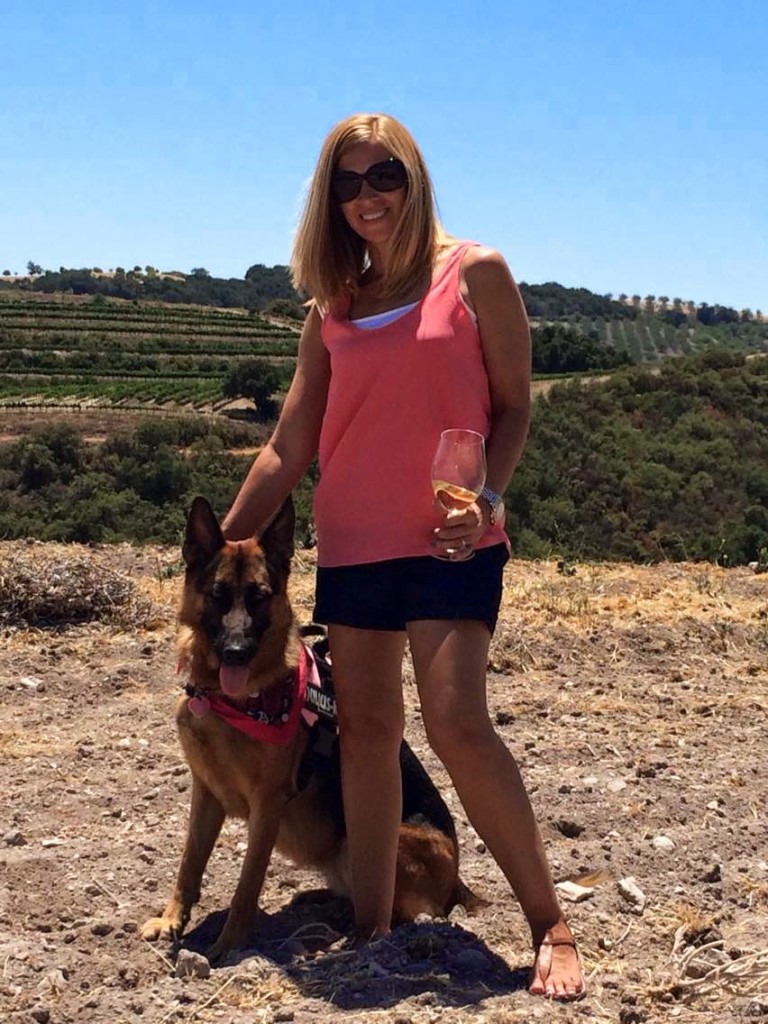 During the day, my “outfit” was fine.  The high was 90 degrees.
How was I to know this was highly inappropriate
for the evening?  And that I would get frostbite on my toes?
I forgot to take a picture at the third winery . . . Ancient Peaks.  I either forgot or I was too busy tasting.  I’m not sure.
Wherever we went, Murphie was the star of the show.  She received a lot of attention.
I really don’t know if she’s coming with us next time.
We did a lot of walking around town, and eating, and strolling, and just having a good ole time.  It is a super dog friendly town . . . we never even had to leave Murphie in her crate like we thought we would.
And now we’re home.
And I am sad to say there is no new Bachelorette tonight.  It’s just an episode called Andi’s Journey So Far and I don’t even know why they’re bothering.  How far has her journey been?
Not far.  It’s only been on three weeks or so!  WHAT IN THE WORLD?
I mean, really, if you want to revisit her journey so far, just read all of my Talk About It Tuesdays.  You’ll be caught up in no time.
ABC.  Really.
I guess I will just comfort myself with some OC Housewives and maybe some breakfast wine . . .
« Road Trip
Making the Time »