Let me start off by saying a big thank you to everyone for commenting on my Halloween story.  That was a BIG one.  If you haven’t read through some of the comments, you should.  There are some GOOD stories!!!!  I feel much better as a human being and as a teacher.  And it doesn’t look like I lost any followers and so far, the police have not showed up at my door.  I think I’m in the clear.  A lot of you said that you laughed out loud when you read the story and I’m relieved.  I mean, I think it’s a funny story but I kept re-reading it and I just wasn’t getting it.  I asked my twin if it was coming across funny and she said yes so I went with it.  But I’m glad you all thought it was comical (maybe I’m just not completely cured of the post traumatic stress disorder that it caused).

Well, it’s back to normal at school.  It’s like Halloween never happened (and this could be because I wasn’t able to go to school on Monday due to some health issues and so a poor, desperate substitute had to endure the day.  May God bless her.)

Today, we were able to do centers again (holla!!!!) and my little center group of FOUR BOYS (There’s no way around it.  Not my best idea but I had to do it) got to go to the Post Office Center.  I wasn’t sure WHAT they would do but I shouldn’t have worried.  They wrote gobs of letters and after I complimented them on their t-shirts, baseball skills, hair gel, armpit farts, and hilarious knock knock jokes, they all wrote to me and told me that I am the Best. First. Grade. Teacher. Ever!    I blushed.  I beamed.  Somehow during the chaos of the day, I accidentally lost the notes that they wrote to their kinder teachers.  ????  Lost mail happens, right?

Later in the year, I extend the Post Office center by having the students write to Wrinkles.  Wrinkles is a very stressed out dog.  Man, does he have problems.  I mean, look at his little face:

Doesn’t he just look worried?  He has big problems.  Here are some examples of his problems: 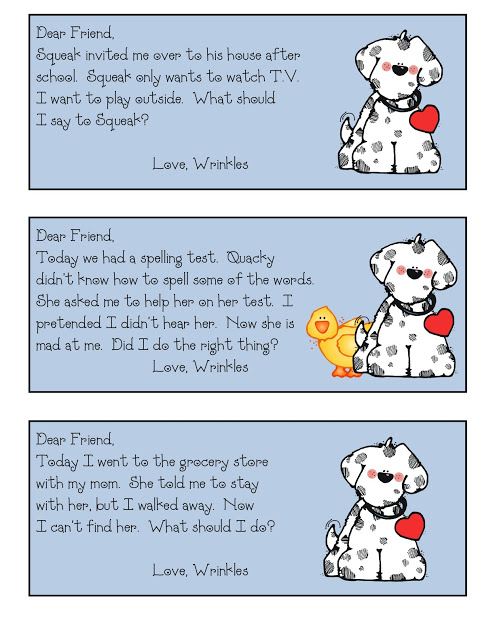 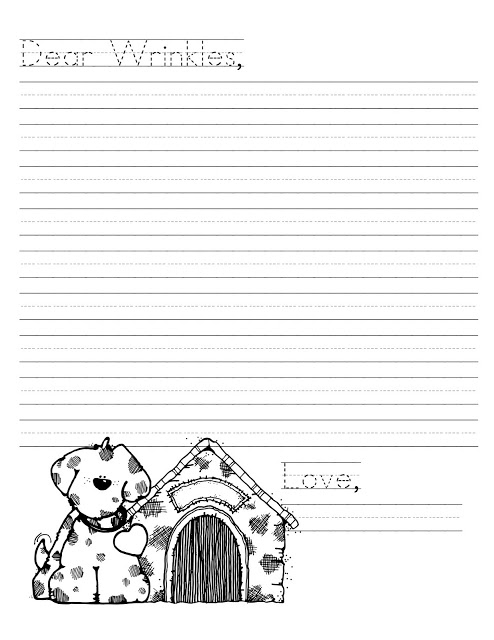 The kids end up LOVING Wrinkles.  Even WITH all of his problems.  Personally, Wrinkles makes me tired.  As soon as I help him solve one problem, he’s got another.  It’s just never ending.  I imagine you could use any kind of stuffed animal that you have around your house or classroom . . . but I’m partial to dogs.  And I’ve said it before but I’ll remind you that rule number 3 in my classroom is Must Love Dogs so there you have it.  (plus, do you see a cat having this many problems?)
Click on the pictures above to get this stuff if you want it.
Thanks again for all of the comments on my previous post.  It was super fun to read them!!!
Anybody catch the Real Housewives of Beverly Hills the other night?  What did you think of Kim’s boyfriend???  I couldn’t decide.  And what about Lisa’s poor husband?  I’m starting to feel sorry for him.  🙁
« A {true} Halloween Ghost Story
Currently November »