First, let me say that we were on Inclement Weather Schedule on Thursday AND Friday.  As in, two days in a row.

I didn’t handle it well on Thursday.  I was grumpy.  Even though I looked cute in my new black Uggs. (If I do say so myself, but I don’t really have to because my friends said I looked cute.  The night before I gave them money to tell me that I looked okay in skinny jeans tucked into boots as soon as they saw me.  Plus I felt that me in skinny jeans meant that I should issue some type of warning.)  Here’s my little pre-Christmas present to myself. 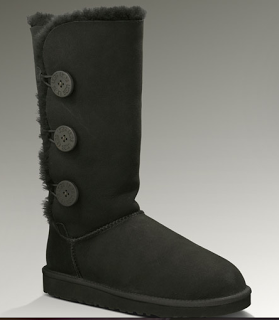 {source}
Anyways, when I say I was grumpy, I mean that instead of playing a fun song to get my kids to STOPTALKINGALREADY, I made them go back to their seats and try again.  Or go back to the carpet and try again. Or when the rain let up a little, and they came back from lunch like kids inside of a jump house, I made them go back outside and try again.  We did everything nineteen three or four times.
Friday was a lot better.  I did a lot of praying.  And I used the tranquilizer gun a few times, as well.
Friday night was our Staff Christmas Party and I found out that day that we, in fact, were not having a White Elephant Gift Exchange.
People, prayer works.
I still wore the stupiduglycan’tbelieveIhavetowearthismonstrosity sweater.
The party was fun.  The usual.
Gossip, laughter, food, wine, kid stories, gossip, laughter, food, kids stories . . . repeat.
Last night, the hubby and I went to a family thing of his.  A cousin of a cousin or some such thing was home so it called for a get together.  My in-law’s get-togethers are confusing because they have a lot of name repeats.  For example, they have two Kristin’s.  Two Donna’s.  Two Steve’s.  Two Karen’s.
Oh, and the two Karen’s?  Well, listen to this.
The hub’s grandmother had a sister and a brother.  His grandma was the oldest.  She had a daughter and named her Karen.  Fair enough.  That’s my hubby’s aunt Karen that we go to church with.  Love Aunt Karen.
But then Grandma’s brother had a daughter.  And guess what?
Yep.  He named her Karen.
What the ????
Is that even okay?  I think my sisters would have come to blows if one copied the other . . .
Anyways, I heard my name a lot, but most of the time, it wasn’t meant for me because I’m the married Kristin and not the cousin Kristin.
Regardless, it was really fun.  We made homemade pizzas.  The featured pizza was macaroni and cheese.  MACARONI AND CHEESE pizza.  I was worried about it, but I shouldn’t have been.
DEE-LISH.  Oh my word.  Homemade dough.  Homemade sauce.  Homemade mac and cheese.  All together.  Pasta and bread all together.
It was not a good night to wear the skinny jeans, let me tell you.
Okay.  Well.  Now you’re all caught up.
I’ve received a few emails about my ornament template from my post last year on the Christmas gifts I make for the parents (I make them.  Not the students.  Don’t judge.)  You can check it out HERE.  That’s back when I was still using Scribd.  So now it’s on google docs.  I’m offering two kinds because I don’t know which one will work for you. 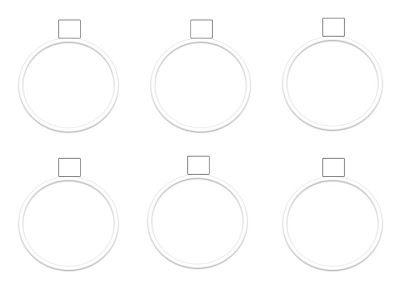 click {HERE} for pdf
click {HERE} for non-pdf
I’m sorry if you’ve emailed me recently asking for the template.  I have read your email, told myself that I will attach the template in a reply, but first I check one more email and that usually leads me to a blog or pinterest or facebook . . . and then I’m eating chocolate or pouring a glass of wine or it’s time to watch the Housewives or whathaveyou . . . I know that this behavior is completely normal and in no way a sign of ADHD or craziness so please tell me that you are the exact same way.  At any rate, I’m sorry for not getting back to you all of you sooner.
Well, that’s about all for now.  I’ve got some school work to do so I better get to it.  Insert pretend happy face here.
« Roll the Dice FREEBIE
Pin Art Magic »