I have survived two days of being back in school.

I only have 13 school days left until my 3 week winter break, but I’m not keeping track, or counting down, or crossing off numbers on the calendar, or using an app that tells me how many hours and minutes left until December 14 at 3:00pm, either.

I don’t have to keep track.  Everyone else is and it’s also on the marquee at school.

My class has been MIA.  I had four kids absent yesterday and then two decided to vomit later in the day . . . and since they did it outside and on the way to recess, it didn’t affect me at all.

Then I had some come back today and others not come at all . . . with a total of seven kids out.

I had a different thing going on with me entirely today.  I’ve talked about this before.  You can check it out {HERE}.

I got new flats.

Let’s recap:  I have a fancy-pants laminator, and now I have fancy-pants flats.  (on sale) 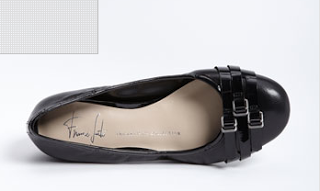 I know.  Not only did I do a good job for a girl who does not know fashion in any way, shape, or form, but two other teachers were wearing them today.  Fashionista teachers, too.  I KNOW.

Okay.  So here is the problem.

I got those no-show-super-low-cut socks to help — they just slid around inside of the shoe.  They are worthless.  WORTHLESS, I tell you!

By about 2pm, I was DYING.  And crying a little.

So I asked my kids if they wanted their normal, nice, easy-going teacher for the rest of the day, or more of a crazed, fire-breathing dragon of a teacher.  Their choice.

A few wanted the crazed teacher that breathes fire.  Is it just me or do you also have two or three smart aleck’s in your room?

I don’t know why they think they can outsmart me.  I’m old.

So I sent those three kids to the ACTUAL CRAZED FIRE-BREATHING DRAGON TEACHER on our campus.  (Is it just me or do you have one at your school, too?)

Well, not really, but my feet are still hurting so just excuse my behavior.

In the long run, I took my shoes off in the classroom for the last hour of the day.  And then I was kind, and I smiled, and I nurtured my kids, and learning was had by all. (Just not the kid who was too busy poking a hole in the cap of his water bottle to be a good listener.  This is the NEW THING IN MY CLASS that the kids have created to torture me.  Luckily, it has replaced a sound effect or two for the time being.)

Anywho, I need help if you have it.

Number one:  Do I take them back and get a half size bigger?

Number two:  Do you know of socks that work better?

Number three:  Since they are “ballet” flats, will they break in?

Number four:  Are they nice enough to wear to a party that says “Dress Like You’re Going Out”?  (Because, let’s be real, going out for me means taking the dog to the park in actual clothes or going to school.)

I’m not going to talk about the TpT Cyber Sale.