I have had a whirlwind week/weekend and now it’s Sunday night and I’m wondering how in the world I’m going to wake up tomorrow.

I read about all those late starts due to winter weather and I know you winter weather people are completely over it, but I need to figure out a way to get a late start for tomorrow that does not involve me being ill or writing sub plans of any kind.  Come on.  Huddle up.  Let’s think.

Okay, keep thinking and let me tell you about the Southern California Kindergarten Conference that I presented for this weekend.

I repeated my presentation from last year which was a Make and Take Session on how I use Reader’s Theater in the classroom to practice reading and fluency.

And, let’s be honest, when you present for a Make and Take Session, you only present for a little bit and the rest of the time is for making and taking.  I’m no dummy.  😉

It was a lot of fun and I met some terrific people who were really nice and supportive!  I’m not talking about my mom or dad, either.  They didn’t attend.  I’m talking about strangers!

Laurie, my teaching partner, has a little girl in her class that won’t speak.  AT ALL.  She started in her class before Winter Break (I’m pretty sure – I can’t be positive because I have 32 kids of my own, and I can’t keep track of all my first graders, much less anyone else’s) and she is a language learner.  We’ll call her Melissa.  Melissa will talk at home, but not at school.  AT ALL.  Melissa will not talk at all.

There was a meeting held about the not-speaking thing and strategies to implement to get her to speak, etc.  Laurie had heard her whisper once or twice (as in yes or no), but she had never spoken to the other kids.

Well . . . last week, I let Laurie borrow a bunch of my plays and she partnered up her kids and let them practice when they had extra time.  Towards the end of the week, she was allowing duos to come up and perform in front of the class here and there throughout the day.

Melissa had been practicing one of the plays for Kinder Kids, but Laurie had no idea if she’d actually been speaking as she practiced.   Laurie has 32 kids, too, and when one isn’t speaking, it’s actually kind of refreshing as I’m sure you can imagine.  Laurie told Melissa’s partner that she would do it with her when the time came because she was sure Melissa would not get up in front of the class.

Do you see where I’m going with this?

Laurie was so afraid that her class was going to freak Melissa out because they were so excited and surprised . . . but they didn’t.

And Melissa spoke for the first time.

She read an entire play.

She read an entire play standing up in front of the class.

Laurie said her class went wild with applause and shouts of Bravo!! – they were so thrilled and happy for their friend, Melissa.  Laurie had goosebumps and was teary-eyed as she relayed the story to me.  (So did I!)

Laurie said, “Kristin, this is why we teach.”

I think I made a couple of attendees well up with tears, too.

That’s a job well done, if I do say so myself.

I have no idea why these plays are so magical, but they are.  My most reluctant and shy students will come up to perform, as well as my struggling readers.  I don’t understand it, but I love it.  It gets kids excited about reading and it gets them to re-read and practice their fluency and expression, too. 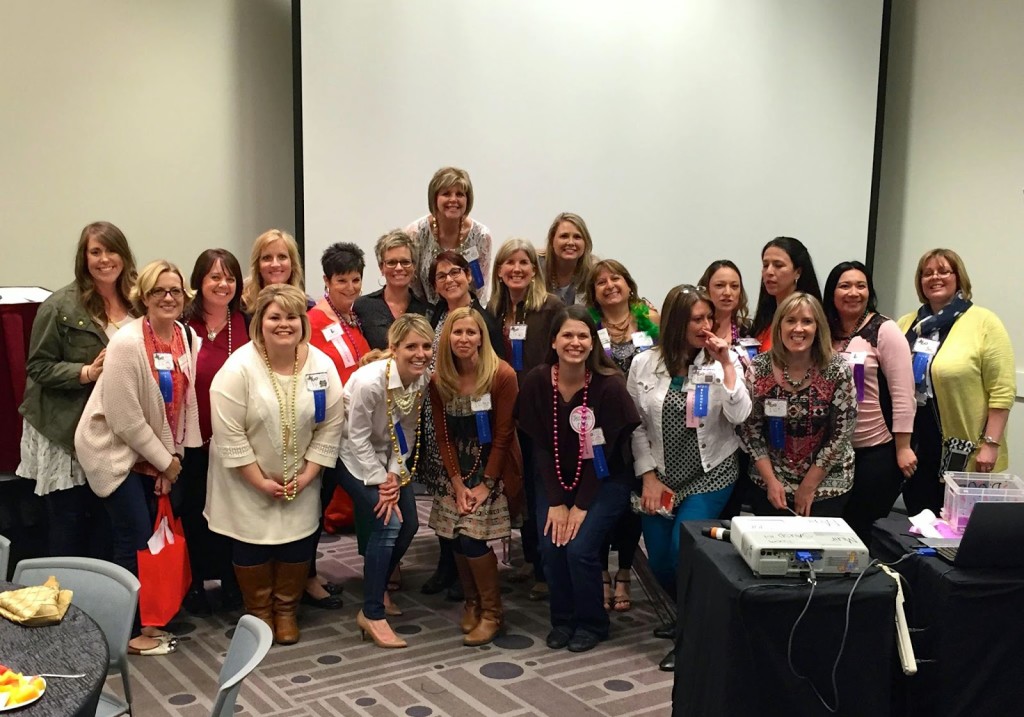 Can someone tell me where I’m looking?
Maybe they had just rolled out the dessert?
Or a bottle of wine?
We had another Blogger Bash and this one was a bit different in that each table had a seat reserved for a Blogger and then we “table hopped” for each course of the meal, plus a couple of times just because they told us to.  If you asked me who they were, I couldn’t tell you.  I just showed up because I followed the other bloggers and I smelled food.  The table hopping really wasn’t communicated to us so it was a bit of a surprise but, seeing as how I’ll talk to anyone about anything, I thought it was fun.  I met some great people and talked about The Bachelor a lot.
Afterwards, we headed down to the hotel bar for a little celebratory drink. 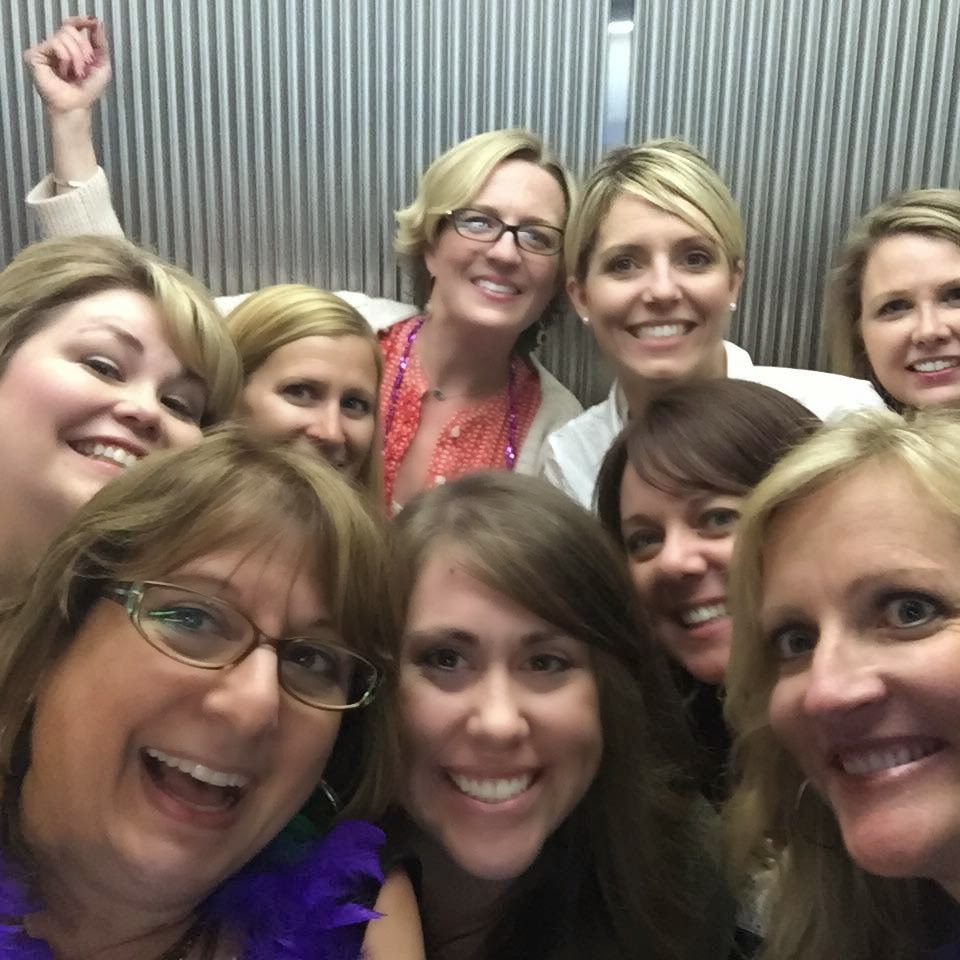 Where’s Kristin?
It was a great weekend with lots of amazing presenters and lots of fun lunches!  I came away with so many new ideas that I can’t wait to implement in my classroom.  If you ever get a chance to go, GO.
The biggest take away was that Kerri from Teacher Bits and Bobs introduced me to a reality show called Alaskan Bush People on the Discovery Channel.
If you don’t hear from me for a couple of days, do not be alarmed.  I’m just binge watching these Alaskan Bush People.
🙂
« Talk About It Tuesday
Murphie and Milo »