I don’t live that far from my family, but I do live in the boondocks and traffic is absolutely horrible and can make a relatively normal person insane and since I’m not even close to being relatively normal, you know how scary that traffic can be for me.

So any who . . . yes, I got an Erin Condren LIFE planner to plan my crazy busy life of stay at my parent’s house to avoid traffic and to be spoiled by my mom and to sit and relax all day long and watch reality TV and blog and look at blogs and half-heartedly look at Pinterest and classroom ideas and figure out what to eat.

I mean, if you can’t tell from that list, I am extremely busy this summer.  It’s a wonder I have time to sleep.

I can’t wait to blog about my new Life Planner because it is amazing.  And the only reason I don’t have it with me permanently attached is because it begins in the month of July and we are still only in June so there’s only so much planning I can do with it at the moment.

Maybe I do need that Life Planner now even though it begins in July . . .

I thought to myself when I woke up this morning, I need to blog.  It’s been awhile.

And then I thought but I don’t know what to blog about!

Which led me to oh no my blogging days are over, I have nothing left to say.

But how is that even a possibility when I’ve already written so much over the fact that I had something to blog about, but I’m just missing the pictures?

The German Shepherd Dog Community shared this pic on their Facebook page: 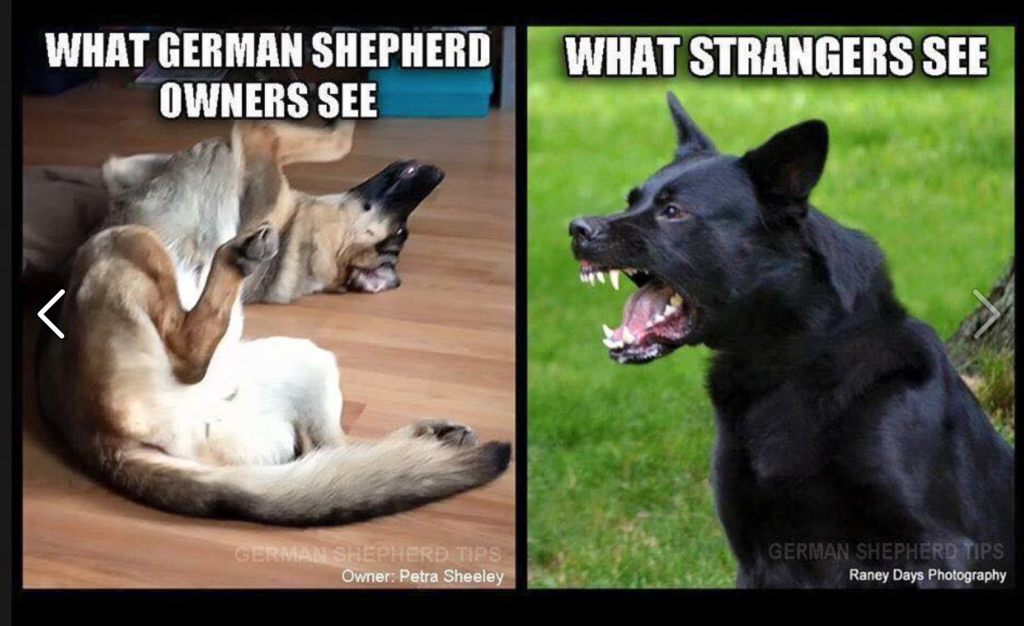 That really could be Murphie on the left.  She sleeps like that a lot.

When we were on our RV trip, Murphie went into protection mode twice.  And she knows about protection mode because for the first year of her life, she did Schutzhund/IPO training with Steve.  So there.

First, she saved me from a very scary, dangerous, frightening, horrific plastic Children at Play sign that looked something like this: 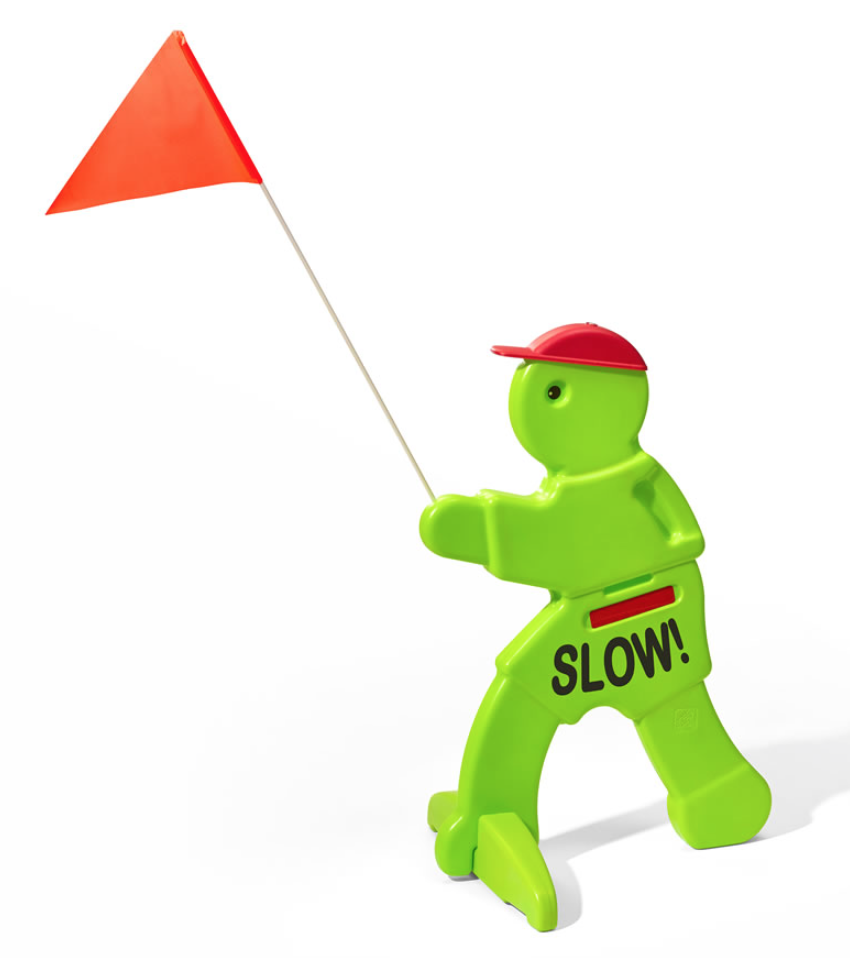 In her defense, it was dark.

And we were at an RV park.

And it was dark.

And Steve was not with us (he was inside the the RV park registration office) so Murphie was just doing her job.

From inside the RV.

Did I mention we were inside the RV when she saw the very scary and dangerous plastic Children at Play sign?

Later on the trip, my niece, Ashley, and I took Murphie for a little walk to allow her to do her business.  It was also dark.  (Steve was working on the broken RV)  While we were waiting for Murphie, a very scary man (I’m assuming he was scary, I don’t really know because he was far away and stayed far away as he should have considering we had a German Shepherd with us) appeared on the other side of the grassy knoll.

Murphie sat in front of Ashley and me and would not move (I’m telling you, she was straight and tall and blocking us!) until he disappeared from sight.

This is true stuff, people.  I’m not making it up. 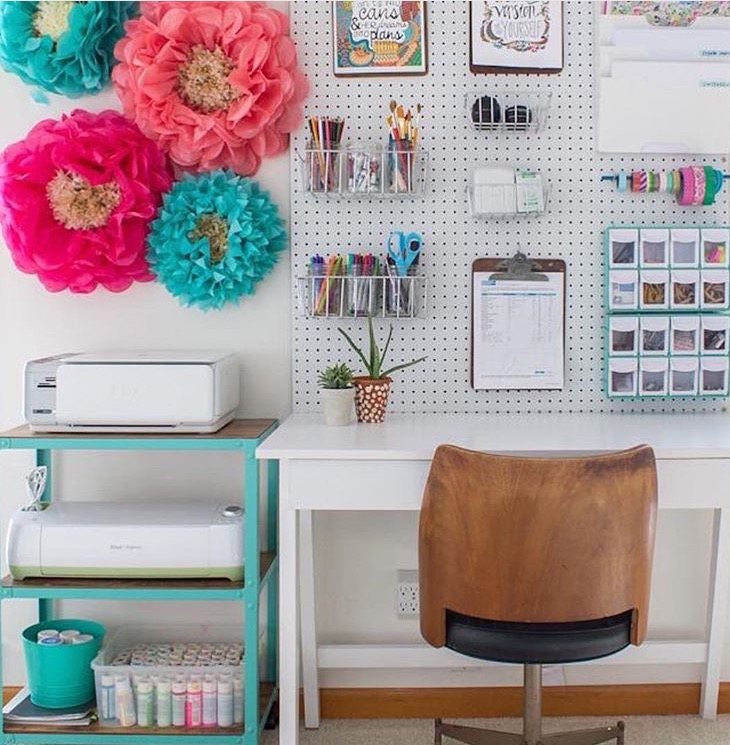 Ann Marie of White House Black Shutters has an amazing blog post about this office/craft space {HERE} .  I don’t know Ann Marie but I think we could be best friends if she would come to my office and do this for me.

I showed this to Steve and he said we can put a peg board in my office.  But he kind of looked at me strangely when I asked him if he could make those pretty flowers for me, too.

I love those flowers.  Apparently, they’re in a DIY kit at Michael’s.

But I don’t really DIY.  For awhile, I thought DIY meant Drink It Yourself and so I did.  I drank everything myself and didn’t share.

Now what I need is a friend with her own DIY kit who wants to bestow these flowers on me because she made too many and has way too many flowers coming out the wazoo, and/or forgot it was my birthday and wants to make it up to me.  Either one.

Because these just look great and simple and add a pop of color.  And my office is gray and white.  WHICH I LOVE, but it needs a little something.

So I’m obsessing over this at the moment.

My last item does not have a picture because I ate it all and then remembered that I needed to take a picture.

My new favorite breakfast item (and snack item) is low fat vanilla yogurt with a handful of blueberries and a small scattering (and by small scattering, I mean until I think I’ve poured enough — it’s really up to me and what’s happening that day that determines how much is actually enough) of mini chocolate chips.

It is HEAVEN, I tell you.

I’m not into Greek yogurt (there’s something about the texture that I can’t get behind or choke down) so I buy Mountain High Low Fat Vanilla Yoghurt.  By the way, I’m pretty sure they misspelled yogurt.  🙂 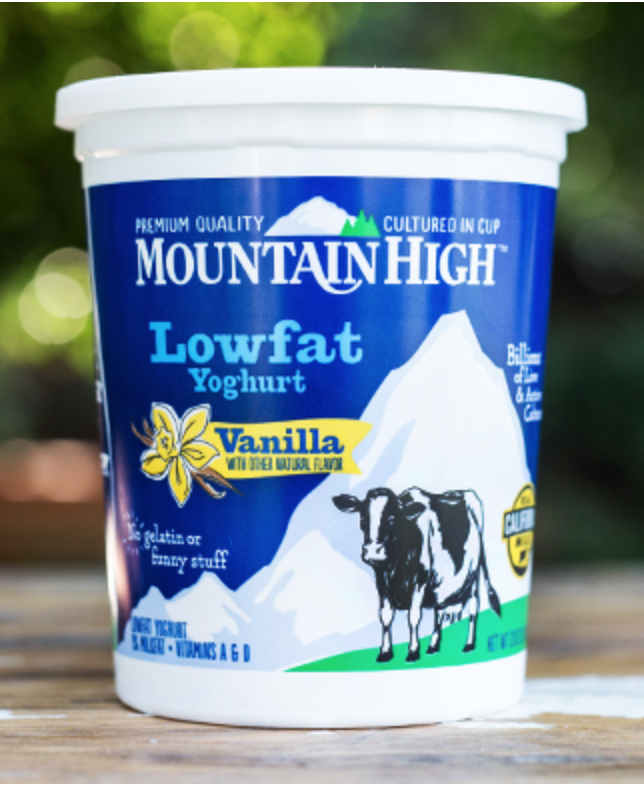