We had our annual Patriot’s Day Assembly today.  The weather really cooperated and was practically overcast and cool we didn’t feel like we were laying out on top of the ACTUAL BLAZING SUN.  So instead of listening to my kids say that they’re hot and tired and thirsty, we actually all listened to the choir sing.  And then we actually had a moment of silence.

We practiced having a moment of silence yesterday.
Just for fun, we practiced multiple times.  It was a lovely lesson.  Quite peaceful.
I meant to send home Jodi’s September 11 letter (Fun in First), but I forgot.  Dang it.  So I’m FOR SURE doing it next year.  I wonder why I forgot?  I had the most relaxing day.  No one had a nose bleed.  Everyone’s hair was intact and the same length that they came to school with when they left for the day.  And I got my afternoon nap when one of them went on and on and on and on and on about his mom who was going to have surgery because she has too much fat on her legs and no matter what she does, it won’t go away, and so they are going to cut it off.  CUT IT OFF.
Snooze.
So apparently, progress reports are due THIS FRIDAY.
What?
No, they’re not, I said.
That’s crazy, I said.
Cut it out, I said.  (I had just had this strange dream about cutting stuff out.)
But nope.  It’s true.  We have been in school for 6 weeks already.
Do I know my kids?
Sort of.
I mean I know that a couple of them are lefties.  And a couple of them are twins.  And a lot of them are super cute.  And most of them seem to like me a lot.
But do I know them?
Hmmmm.
That’s a toughie.
Especially when it comes to writing because I’ve been guiding them.  You know.  Helping.  Sound it out, I say.  And then I sound it out.  I’m really good at sounding out.
So we are going to have a Writing Assessment tomorrow.
I shared this last year, but maybe you weren’t around.

So feel free to grab it.

It helped me last year.

And I’m hoping it helps me this year. 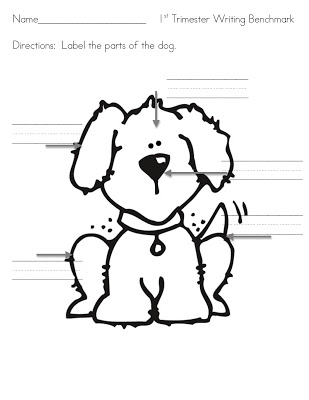 I am not going to help my kids with this assessment.

And I’m only tying THREE pairs of shoes tomorrow.

Okay, maybe FIVE, but that’s all.

PS  I almost forgot!  Did you watch Bachelor Pad????  Can you believe the ending?!?!  I was DYING with flabbergastedness.  I was all alone (hubby downstairs does not understand my need for this show) in my bed and I thought to myself, “Self!  Why didn’t you have a VIEWING PARTY”?  I was talking to myself and the TV and Nick and Michael – and then there were Blakely and Tony . . . I mean, I think Chris Harrison finally nailed it when he said “the most dramatic season finale ever!”  NAILED IT!

« I Have a Question, I Said
Following Up »