Except for me, it’s still Tuesday night and I haven’t gone to bed because I have been working like a crazy person because I am a little bit crazy and a lot hungry and slightly thirsty.

I am still prepping for the So Cal Kinder Conference.

I am still getting ready for Open House which is in two weeks.

I am still holding onto my hair which is more than I can say for Murphie who is in the process of shedding me a fur coat for my Christmas present.

First, I have a confession.

I haven’t finished watching The Bachelor – What Happens In The Fantasy Suite And What Is All The Crying About episode.

Second, I don’t think I can blog about it because I have a hair appointment after school and then I am meeting the hubby for dinner and we might do a little shopping.  This has nothing to do with the fact that I am going to be a presenter at a conference.  Nope.

But I feel bad.  I just don’t know where or how I am going to fit in a post about it.

Third, I revised my spring plays from last year. 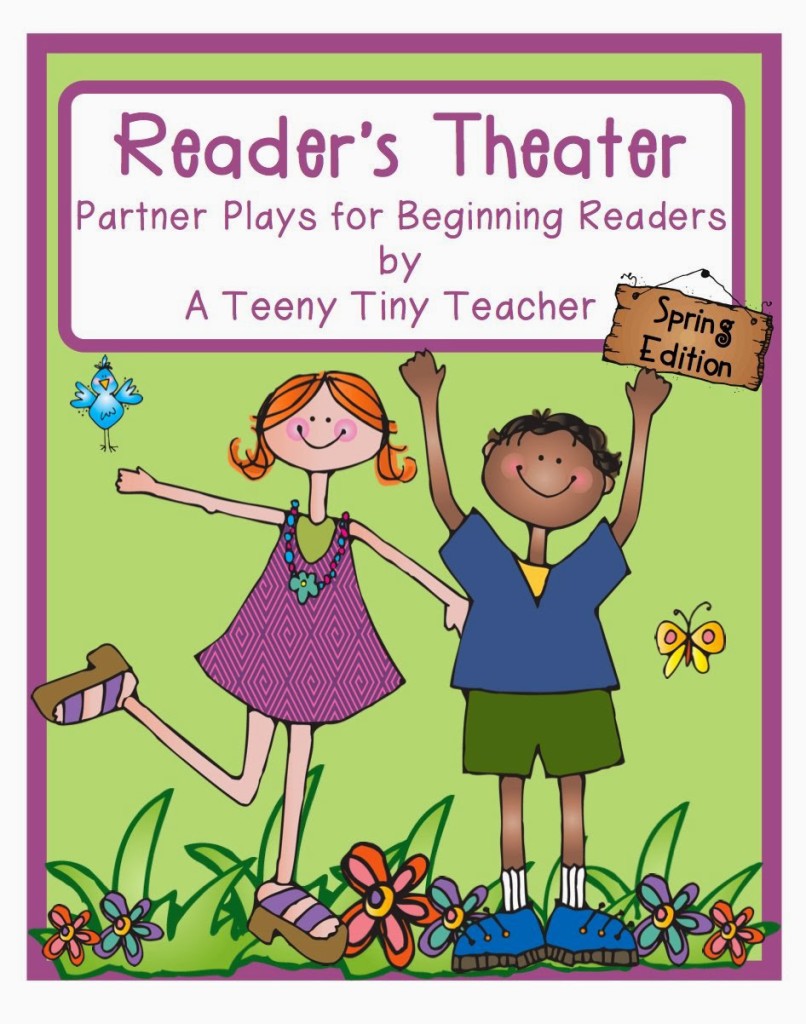 I won’t go into why I revised them, but let’s just say that I have learned a lot in the last year, one being that I can’t use Powerpoint when I write my plays because there is not a highlight function and putting yellow text boxes over text makes me want to throw up when I look at it.  Plus, I added picture clues where possible.  So . . . if you already have this pack, go re-download it.
Wait!
Okay, so this pack is a lot harder.  I wrote the plays in this pack over spring break last year and, apparently, I had readers in my class. 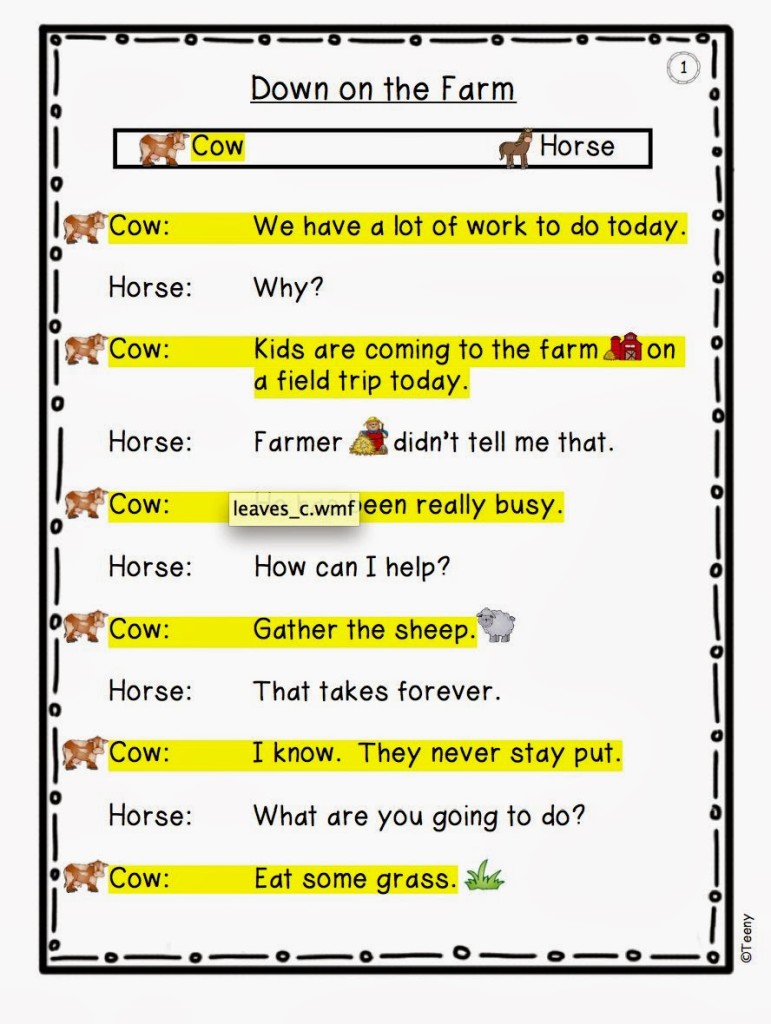 So that’s great.
This year, I have readers and then I have beginning beginning readers.
And some of you asked me for an easy reader pack for spring.
So guess what I did?
Yes, that’s right. 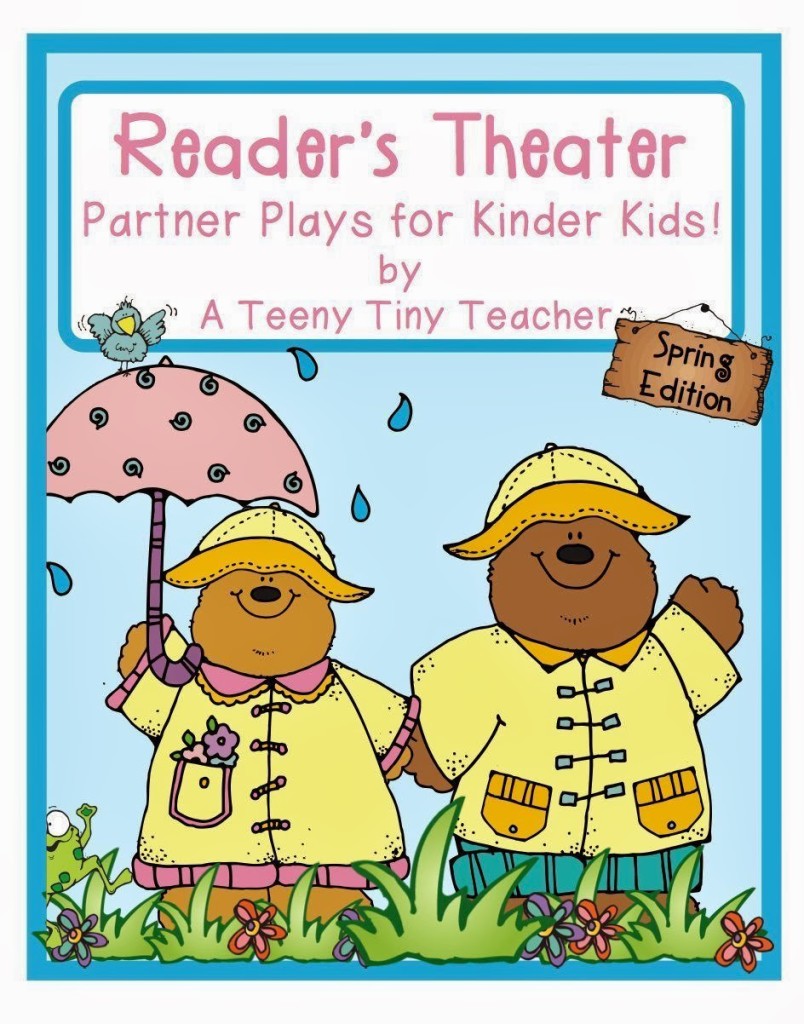 For KINDER KIDS!  And, actually, for some of my little first grade guys, too, because they need this.  They will feel successful.  They’re not going to know that I made up this title called Kinder Kids so it will be just fine and dandy as long as no one tells them, thankyouverymuch. 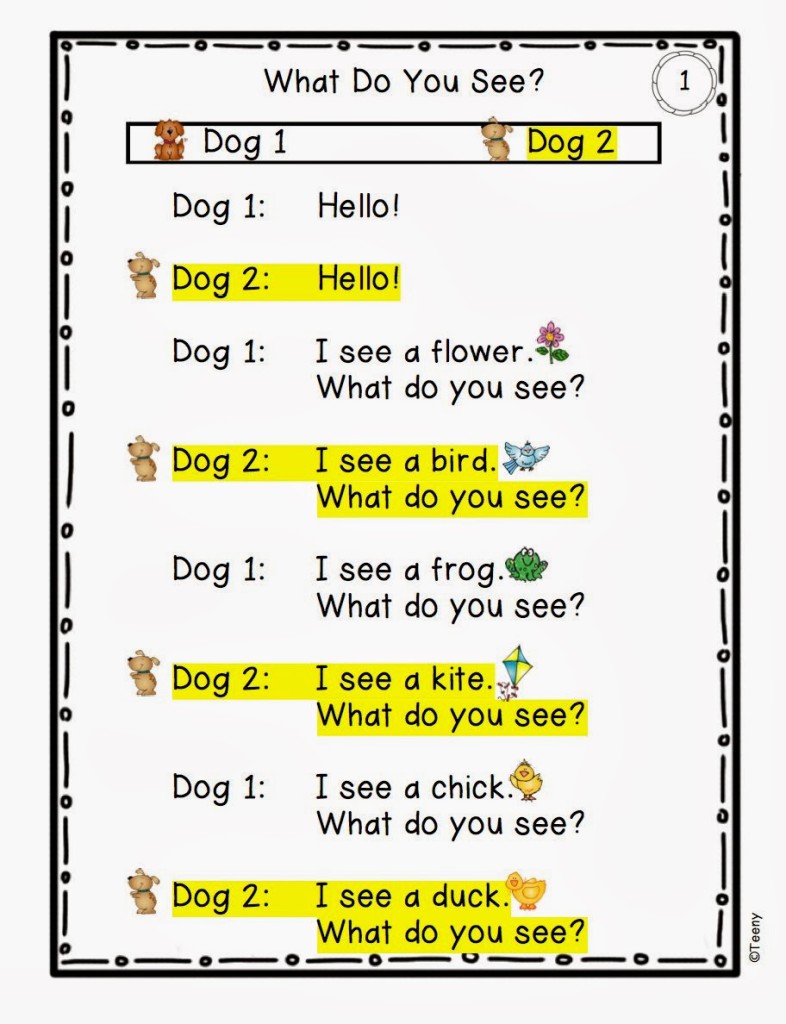 And, then, just because I was feeling like an overachiever, I BUNDLED them. 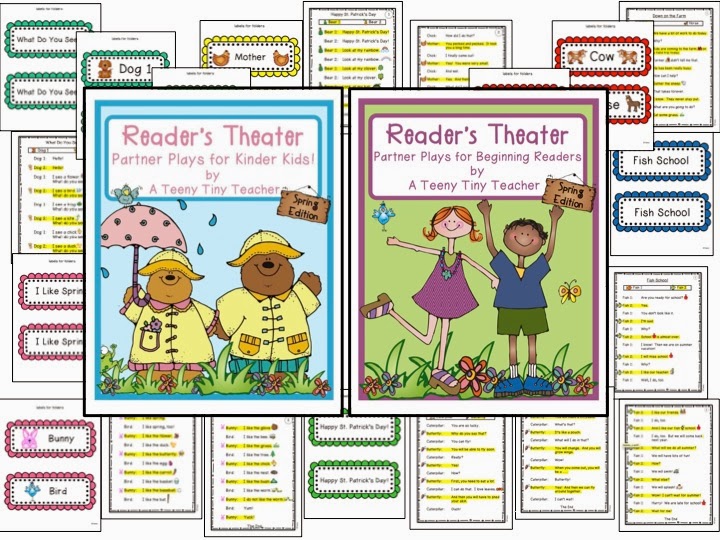 I know, I know!!!!  I KNOW!!  I have a THIRD bundle.
I went from one to three pretty quickly there.  You know what they say — one to two is really hard, but a third?  No big deal.
I’m handling this bundle just fine except for the whole lack of sleep thing and blogging at 12:30am in the middle of the night while the hubby snores beside me and I want to kick him awake because why is he sleeping when I am awake dealing with this bundle?
Alright.  Now.
Some of you may know that some of the parents in my class found out I had a blog.
Yes.  Let’s have a moment of silence.
******************************************************
I don’t feel like I’m going to pass out and never come to like I did there in the beginning.  That’s progress.
And then I got brave and asked permission to videotape a couple of cuties performing a play and guess what?
Two moms said I could share it on my blog.
!!!!!!!!!!!
Now that’s a very very very silvery lining.
SO!
If you want to see what these plays are all about, take a peek.  Allow me to introduce Audrey (left) and Lauren (right) performing “I See a Spider” from the Fall pack.
And PS, they would not start until we said, “Action!”  It’s a thing in my class.  We are very dramatic.  Or we have a dramatic teacher who passed along the acting bug.  Either one.
Don’t you just love them?  Don’t you want to eat them up?  I just want to eat them up!!!
How about a QUICK QUICK QUICK giveaway?
Ready?
Leave a comment for a chance to win whichever spring play pack you want, or you can get the bundle if you want them both, and I will announce winners late late late tonight! By Thursday morning at the very latest. {closed}
Okay.
I’m tired.
But I’m still hungry so I’ll have to see what wins out.
🙂
I bet you can guess . . . and, just for the record, I will not be munching on those two girls.  When I say I want to eat them up, it is a figure of speech.
Really.
Stop looking at me like that.
« Talk About It Tuesday
Reader’s Theater – Spring Edition Winners »