You may remember that time I mentioned self inking alphabet stamps in a post about centers.
Remember? 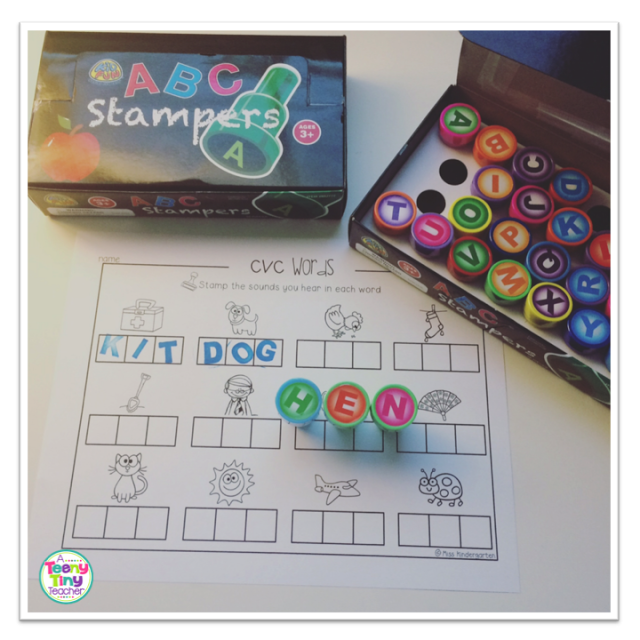 And then I got comments.  On my post and on my Facebook page.  You wanted these stamps and some of you got these stamps and others of you said Amazon had sold out and they were no longer in stock and you seemed upset and I have to say . . . well, I kind of felt responsible.
And uncomfortable.
Anywho . . .
There were two problems with these stamps.
One:  Each stamp was individually shrink wrapped.  Every single stamp.  Even the letter z which we all know is rarely used so why even bother?  But they did.  They bothered.
Two:  There is no way of knowing if you’re going to stamp the letter upside down or sideways or backwards.
Here’s how I solved those problems.
One:  I made an upper grade student unwrap the shrink wrap.  Although made is probably too strong of a word because, at the time, it was close to 100 degrees outside, but not too hot that we didn’t lose our recesses, which means an upper grader asked me if I needed any help in order to stay inside in the air conditioning.
So I don’t feel bad at all and I gave her a starburst for her trouble.  Yes.  An entire starburst.
Which she also had to unwrap.
Two:  I made some other upper graders (this was also during our heat wave so it wasn’t hard to find hard-working-afraid-to-melt students) figure out where the top of each letter was by stamping onto blank paper and then they had to use one of those new (I saw it on a commercial) extreme fade resistant Sharpie markers to put a dot at the top of each one.  Then I taught the kids to make sure the dot was at the top when they were stamping. 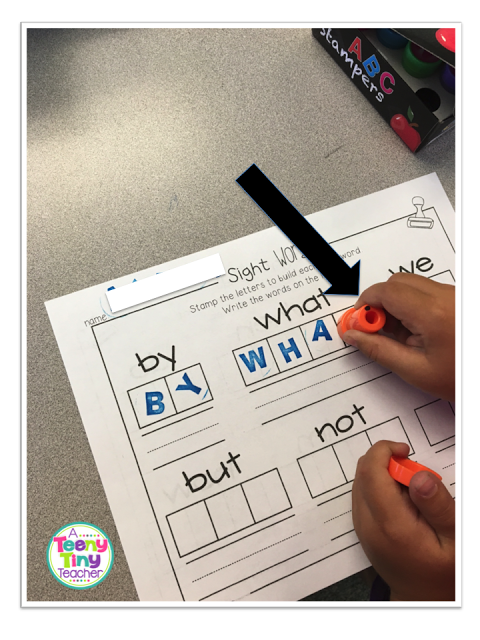 See the dot?
And yes, some of these letters look a little bouncy.
But that’s because even though there is a sharpie dot
at the top, the stamp is still being used by a first grader. 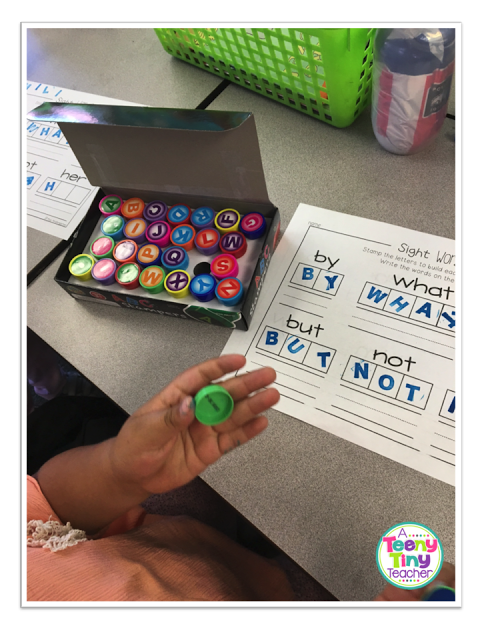 There Is No Ink On Her Hands!
This is the same girl that got ink all over her hands the last time we had a stamping center.
Let me refresh your memory: 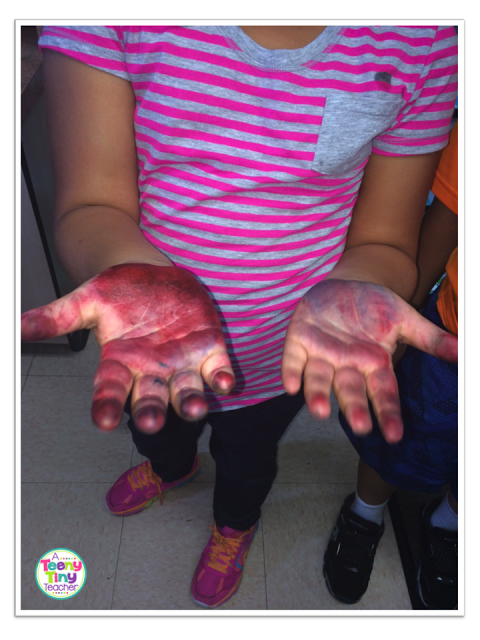 I’m happy to say that we are on day three of using our new stamps and this hasn’t happened.
My kids love the new stamps, although one smart cookie wanted to know why they came in all capital letters and were there any lower case letters to which I replied no there are not, but we are living with it, and it doesn’t bother me, we are being flexible, that’s what’s happening, got it, mister?

We are using the printables from Miss Kindergarten’s Stamp It Up pack.  🙂
AND . . . guess what?
I think the stamps are back in stock . . .
SO GO NOW!
Click {HERE} for a set that looks similar to mine!
HURRY!!
« Book Baskets
Five for Fraturday »