Happy Monday!  I can say Happy Monday because I slept in this morning and had my morning coffee with PJ and Kelly.  Lovely is all I can say.  Just lovely.

Let me just tell you that seeing The Hunger Games for the second time was just as good.  I caught things I didn’t see the first time.  I saw it for the second time in the “O.C.”  That’s Orange County in case you didn’t know.  The O.C. audience clapped spontaneously in the middle of the movie, and then again when it was over.  I really appreciated that.  The audience in my town did no such thing.  I am attributing the clapping in the O.C. to the Housewives phenomenon.  Everything is a night out.  Everything is important.  Everything is a cause to be celebrated.  So let’s clap, shall we?  I’m on Spring Break.  Clap away.

I have no idea if this post will bring about a lawsuit.  Let’s hope not.  Do not clap here.

This post will show you how I am currently using Angry Birds as a management tool in my classroom.  Because we need it.  We’re getting too big for our britches.  Too comfortable.  A little sick and tired of one another.  And, quite possibly, annoyed with the teacher who continues to do her same old signals in the same old way.

So I found this pic, inserted it into a document, and printed it. 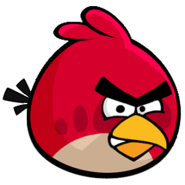 Then I typed in a bunch of the other birds by color.  Blue angry bird.  Yellow angry bird.  White angry bird.  I was amazed by my knowledge because I don’t play this game.  I just listen to the hubs say bad not-so-very-nice words while he plays.
I also googled the towers.  I had a hard time finding a tower.  So I just printed out a pig. 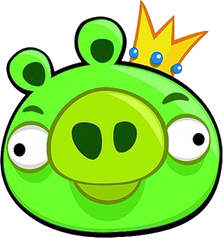 I printed everything out on cardstock, laminated it, cut it out, and stuck magnets on the back of each bird and the pig.
On my whiteboard, I put an angry bird far over to the left and the pig far over to the right.  Let me put my recent map skills to good use. 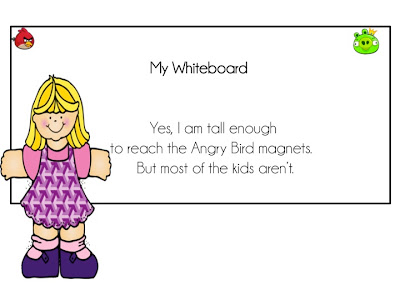 There.  Now you have a visual.
The goal is to move the angry bird all the way over to the pig.  I mainly use this for carpet behavior.  I use a little easel over there ALL THE TIME when I am teaching.  Another visual: 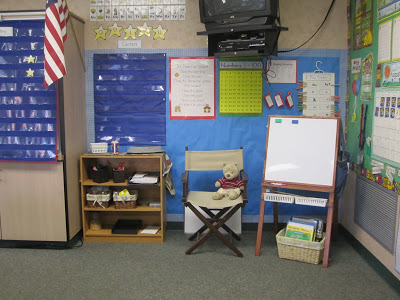 I put 4 number magnets on the easel.  I just use the magnets from my math program, but you could use anything you want.  I got this idea from Kim at Kinder Gals.  I love the way she uses different magnets based on what she is teaching.  So far, I’m just using number magnets.  I should probably make little Angry Bird magnets to use.  Genius!  But I just use these: 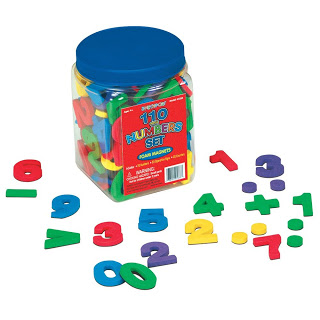 {SOURCE}
I put numbers 1, 2, 3, and 4 on my little easel.  When the kids see that, they know Angry Birds Are In Effect.  They Are On.  It’s Time.
Prior to my Angry Birds flying in to flap their wings in my kids’ faces . . . my teaching might look a little like this:
I begin teaching.  I am phenomenal.  I am engaging.  The kids are on the edge of their seats (bottoms on the carpet).  I wish I was being evaluated right now – I am a superstar!
One minute later, someone shouts out.
I growl.
Then I continue.  It is still an Oscar-worthy performance, if I do say so myself.
Thirty seconds later, two kids start whispering to each other.  They may even giggle.  And it has nothing to do with me or anything I said.  The steam from my ears fills up the room.  I bark.
I keep teaching.  I have lost a little of my zest.  But I carry on.
Someone raises their hand to join in the discussion of synonyms.  Instead of providing a synonym for the word “big”, the student says, “Did you know that I had broccoli last night for dinner?  I liked it.  It was like I was eating trees!  And I dipped them in ranch so it was like I was eating snow-covered trees!”
On and on it goes . . .
By the end of the lesson, I am worn out, defeated, and throwing a worksheet at them to get them off the carpet, and as far away from me as possible . . . mind you, this is not every time.  But it does happen.  Has it happened to you?
BRING ON THE ANGRY BIRDS!
Now my lessons on the carpet go like this:
I begin teaching.  I am fresh.  I am awesome.  I smile.  I glow.  I pause for the clapping to end.
I am on fire.  It is that good.
Someone shouts out.
Without saying a word, I remove magnet number four.  The kids turn and glare at the shouter-outer.  I continue.
No steam.  No growl.  No bark.  All is well.
Two kids start talking on the carpet.  Giggling.  Hee hee.  Ha ha.
Without saying a word, I remove magnet number three.  The kids turn and stare down the hyenas.  They stop immediately.  I smile on the inside.
The lesson continues without a hitch.  The kids talk to their shoulder partners, we blow answers into our hands, we release (this is all whole brain teaching stuff that I have never been trained on, but I watch videos and try to copy it) and we conclude the lesson.  We have two magnets left.
Soooooo, I move the Angry Bird two spaces closer to the Pig on the whiteboard.  The beauty of this is that I get to determine what a “space” is.  Doesn’t matter.  I just count “one, two” while I scoot him.
Once the Angry Bird gets to the Pig, the kids earn a class reward.  Most times, it takes about two to three days for us to get to the pig.  I make a big show of it and have him knock the pig off the whiteboard.  They love that.  I have a lot of boys and they like it when I destroy things.  Or throw stuff off the whiteboard.  Or accidentally drop a whiteboard marker.  Or a pile of papers.  Or trip on a backpack.
So far, our rewards have been an extra recess (with special equipment like hula hoops and jump ropes and millions of balls), lunch in the classroom with me, sit anywhere on the carpet that you want (of which I have a story to tell), and we have watched a movie (that was Friday before Spring Break).  That one was more for me, but they didn’t really know that.
When I knock that pig down, the kids are actually more excited to find out what Angry Bird we’re putting up next.  They’ll chant, “Boom-er-ang!  Boom-er-ang!  Boom-er-ang!”  I have to shoot them with tranquilizers  signal them to be quiet and wait for them to calm down to say, “Just tell me a color.”  I had no idea these birds had names.
So that’s my little system.  It’s working wonders.  I actually love that the kids are holding each other accountable on the carpet for their behavior.
One of my friends uses five magnets.  She also starts over every day.  It’s however you want to do it.  I told the kids I would never move it backwards.  And I haven’t.  I have wanted to, but I haven’t. I will also move the Angry Bird for little things – coming in quietly, transitioning, etc.  Whatever.
Are you doing any extra management tools to get you through the end of the year???  I’m almost out of colors and I’m not sure what I’ll do next . . .  (thanks, Kerry, for the blog post idea!)
« The Hunger Games
Guest Blogger »