It’s Thursday.  Tomorrow will officially be I have been on summer vacation for one whole week, how did the first week go by so fast, I don’t understand, I was just at happy hour celebrating the last day of school, this is crazy!


I have a list of things to get done including three or five or ten solid days of doing absolutely nothing while still in pajamas watching whatever I want on TV and telling Steve no, I don’t mind at all if he works late.

On my list was something I was not looking forward to at all.  AT ALL.  I mean, it was just staring at me and mocking me and bothering me.

I whined and complained about it to anyone who would listen.

Murphie is a great listener, by the way.

I had to get all of my files OUT OF THE BINDERS THAT I JUST HAD TO HAVE and back into regular ole file folders that I had originally had them in for seventeen years and that never bothered me in the first place.  Okay, a few things may have bothered me because sometimes my brain couldn’t remember if I had filed nouns under N for nouns or under G for grammar or maybe it was under P for person, place, thi – no, that’s not it.  Where in the hello kitty are my noun cards?!

But that only happened a few times.  In seventeen years.  So seriously.  C’mon.  I had a system and that system worked, but I opted for a system of look how adorable my binders are!


Well, I hated them WITH A PASSION of which I never knew I had the potential of feeling.  That post is {HERE} if you’re so inclined to read it.

I was dreading getting my files out of the binders.

I felt like my summer couldn’t officially start until I had crossed that off my list.  It was hanging over my head.  It was a dark cloud.  It was basically ruining my summer.

So yesterday was the day. 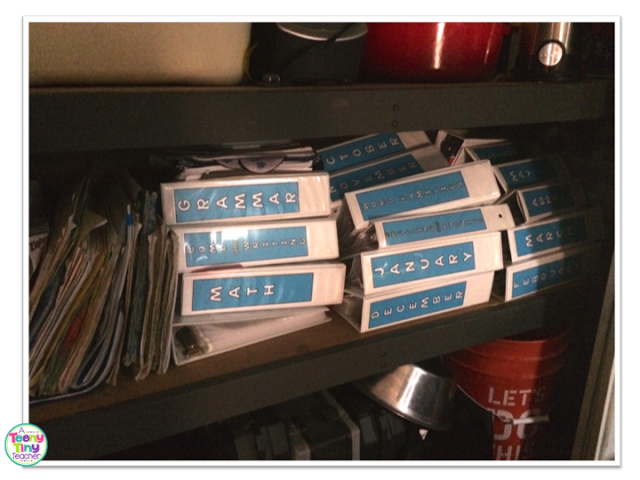 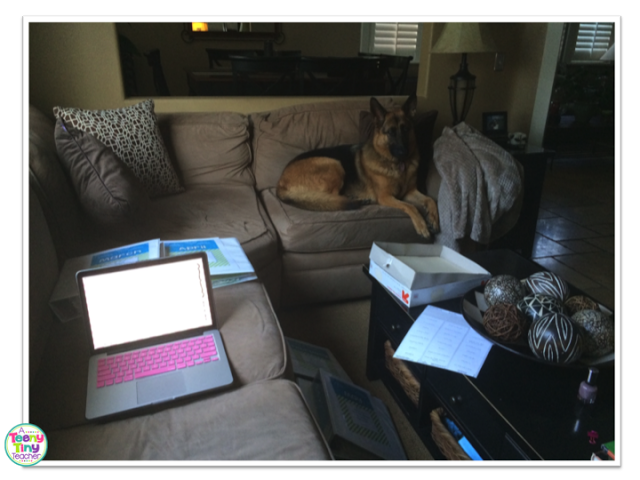 Murphie watched.  I’m pretty sure she was judging me.
I looked at everything in each binder, made a label for it, and once I had a sheet of 30 labels, I printed it.
After that, I stuck a label on the folder, removed all the contents from the sheet protector, and stuck it in the corresponding folder.
Over and over and over again. 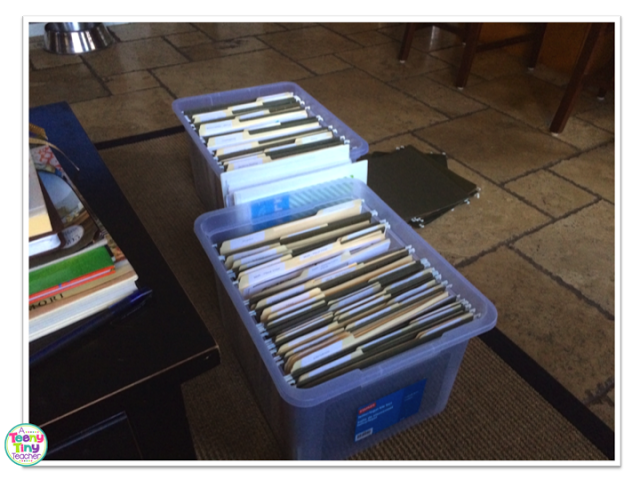 This makes me happy.
FILE FOLDERS.
I will be transferring these to my filing cabinet
when I go back to school in late July.  Or early August.
But let’s not talk about that right now.
Because it’s JUNE.
Here’s the weird part.
I had about fourteen binders.  Maybe sixteen.  I lost count.  It was a lot.
And everything in those binders fit into two tubs.
And that’s all.  Two tubs.
Insert wide-eyed-can’t-believe-it-how-is-that-possible-emoji here.
I think there’s three reasons that happened.
1.  Binders are bulky while file folders smash together quite nicely.
2.  I had purged A TON of stuff last summer.
3.  Whenever I took something out of a binder this year, I never wanted to put it away.
*The binder was heavy.
*I had to find the sheet protector and stick it back in there.
*The binder was heavy.
*The binder was heavy.
*THE.BINDER.
*Hatred.
So, oftentimes, I wouldn’t file things back once I’d taken them out. The contents would just sit there next to the binder or beside the binder or on top of the binders or . . . well . . . sadly, I’d just throw them away.
Yes, that’s right.
Throwing away a master or an original is way easier than trying to stick it back in a binder.  Trust me.
And, anyhow, I would think well, one of my teammates will have this in their binders, or I’m sure this is on my computer and I can print another one or if I don’t have it and a teammate doesn’t have it, then surely TpT has it or I HATE THESE BINDERS AND I’M TAKING IT OUT ON THIS POOR INNOCENT DEFENSELESS PIECE OF PAPER AND WHO CARES-WALK AWAY WALK AWAY YOU LITTLE FIRST GRADERS GET AWAY FROM THE TRASHCAN YOU CANNOT HAVE THAT.

The whole process of reversing what I did last summer took about five hours.  Last summer the process took THREE WHOLE DAYS.
So.  If that’s not an argument for files in file folders in a filing cabinet, well then I don’t know what is.
Now my summer may begin.
Insert clapping hands emoji.
🙂
« Talk About It Tuesday – Today Anyway!
Five for Fraturday »