Here are the last two centers that we all did together!  These two centers do not have a “tub” because they have permanent locations in our classroom.

Once again, if you missed how I organize my centers, click {HERE}. 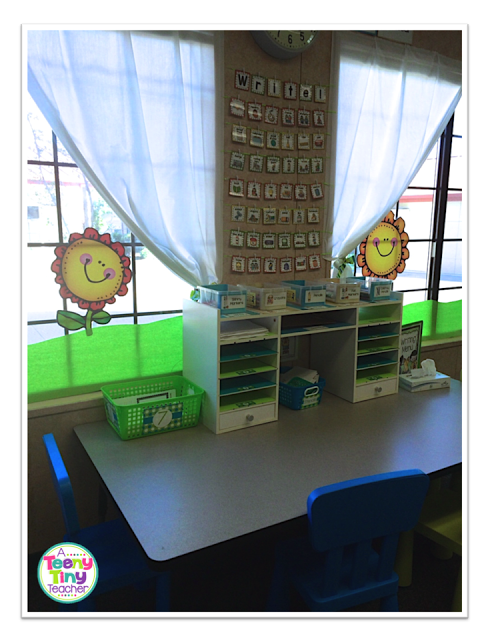 Eventually, this center will have endless activities to keep the kids engaged but, for now, we are only doing the activity in the basket with the big ole 7 on it.
My kids LOVE Stencil Writing.  I blogged about it {HERE} last year.  Basically, it’s die cuts with a word bank. 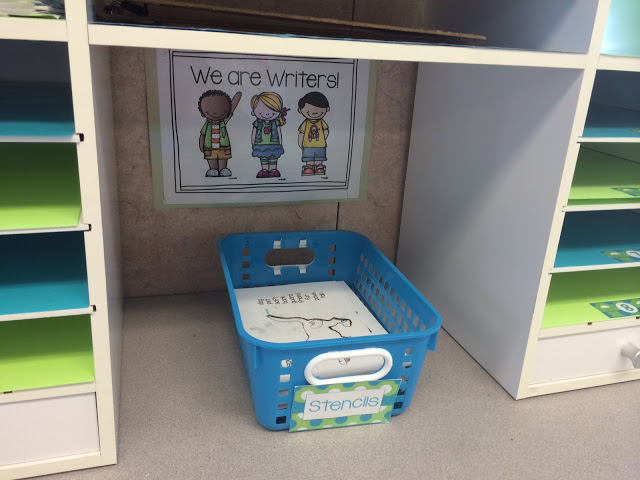 I have a variety of die cuts to engage and interest every type of learner, but when we all did this together, we all used the same die cut. 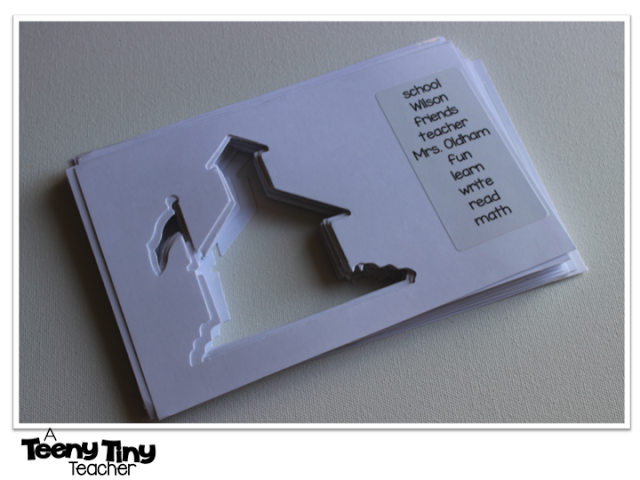 I modeled how to place the stencil on the paper, push the pencil around the edge of it, and voila!  Magic!  The kids were in awe!  🙂
Although . . . just to be clear, some of the kids had trouble holding the stencil down with one hand while simultaneously tracing the stencil with the other . . . so it was only voila, magic when I did it, but a bit of I can’t do this!  This is hard! for some other little first graders that I know.
So then we talked about TEAMWORK and letting a friend hold the stencil for you . . . I’m telling you, center time is just chock full of opportunities for all kinds of things.
Now . . . if you’re thinking are you out of your mind, who has time to go die cut these, who has time to make a word bank, who has time to laminate, what in the world is a die cut, it’s 2015, you’re crazy, must be nice to have all this time on your hands . . .

I have an alternative for you!
My friend, Christina, (who I stole Stencil Writing from) has a pack that is pretty much THE NEXT BEST THING and is the way to go if you need something quick, but meaningful. 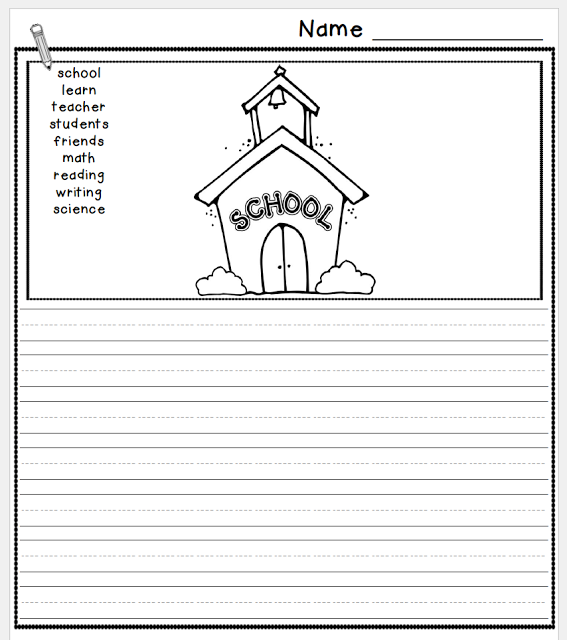 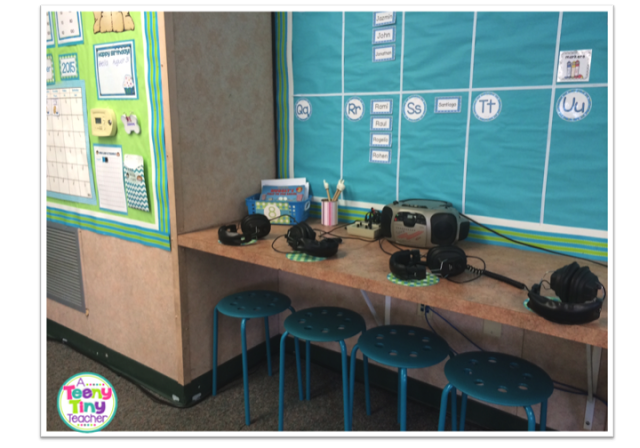 Yep.  It’s a CD/Cassette Player.
It’s old.
But it gets the job done.  I’m looking into iPods as personal listening centers, but for now, this works.  The majority of my kids had never heard of a listening center and were really excited to try this out.
Never mind the fact that the majority of my kids have no clue what a cassette tape is . . . or how, in the olden’ days, when you wanted to make a mixed tape, you would have to sit by the radio with your finger on the record button waiting for your favorite songs to come on, and then the DJ ruined most of them by talking over the beginning part of the song.  But even still, my mixed tapes of Richard Marx and Bon Jovi and Skid Row were pretty good . . .
Anywho, the turquoise stools are from Ikea.  I made the circles that the headphones “rest” on so that it stays organized.  Even though we have those circles, the headphone cords get tangled up all the time! IT HAUNTS ME.
I have A TON of books on tape, and I have 4 packs of the books so that each kid has their own book in the center.

Center 8
Large and Clear.
I made the pointers.  I took the little fingers off of pens I found at our local teacher supply store.  Then I threw the pens away.  INTO THE TRASH.
I know.  I’m a rebel.
I used hot glue to put the little fingers onto wooden dowels that Steve cut to the perfect size for me.
When I introduced this center, I unplugged the headphones and we all listened to the story play while I held up the book for everyone to see.
When the “turn the page signal” dinged, I turned the page.
I also pointed to the words as they were read aloud on the tape with my pointer.  You might say I was the perfect model.
When the book ended, we did a quick little draw your favorite part activity and we circled whether or not we liked the book.  The recording sheet will get more difficult as the year goes on, but right now everything is fun, fun, fun and we all want to go to the listening center! 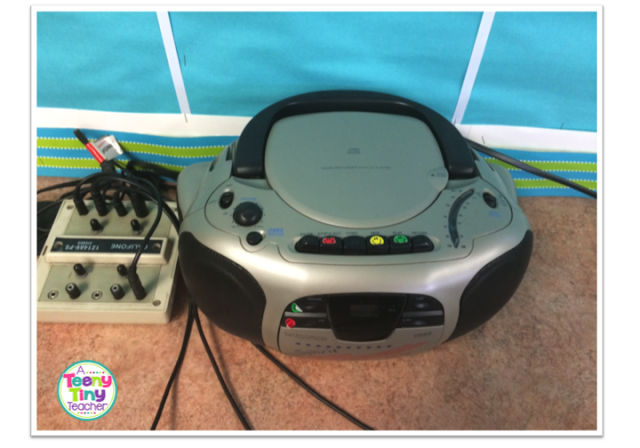 I have had these stickers on the buttons for stop, play, and rewind
for YEARS.  I’ve never even replaced them.
They are OLD.
But I also saw somewhere that you could use fingernail polish.
Which is definitely a sure fire way to make sure it will last.
And that’s that.
We are now ALL experts in EIGHT DIFFERENT CENTERS.  Yahoo!
We are on day four of being in groups and no one has asked any questions, other than where is center 7?
I’ll come back soon and answer all of the questions I’ve been receiving about when and how long and who and etc.
🙂
« Centers 5 and 6
Five for Fraturday »