It’s a three day weekend if you didn’t know.

And then I have four days of school left.  Technically three and a half because Friday is a minimum day.  And technically-technically I only have two and a half days left because on Tuesday, I am going to a training on our new ELA curriculum because getting a training the last week of school is just what I need and you know I’ll remember everything in August when I need to, AND, by the way, you know I can read a teacher’s edition without any help but other people (who shall remain nameless) think I can’t or something. 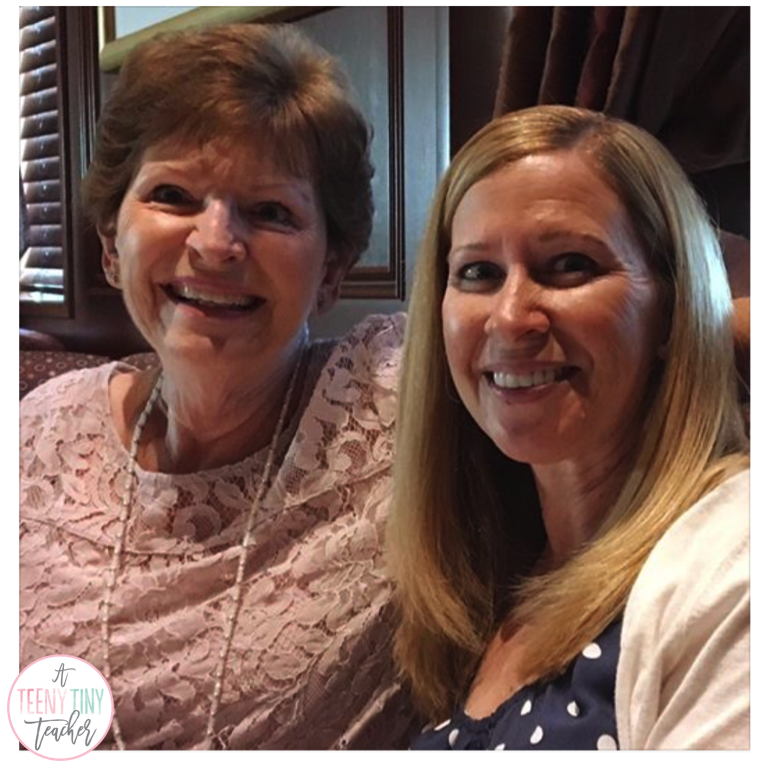 Last weekend, Steve and I went out to dinner with my parents for Mother’s Day because we couldn’t meet up with them on actual Mother’s Day.  We went to Ruth’s Chris and it was DEE-LICIOUS as I’m sure I don’t need to point out.

Last year in March of 2016, we went to this same restaurant for my dad’s birthday, and they told us they had just booked a River Cruise on the Rhine River in Europe for their 50th wedding anniversary in the summer of 2017.  Their official anniversary is June 17 but they just left YESTERDAY and it’s their first time in Europe and they keep saying it will be their last, and I am just SO EXCITED for them!

I taught my mom how to check in at places on Facebook and how to create picture albums and I’m anxiously awaiting her second post.  Her first post was at the airport!  Yay mom!  🙂

By the way, my brother is staying at their house so all is well on that end as far as people wanting to burglarize it or whatever.  Just stay away, people.  🙂 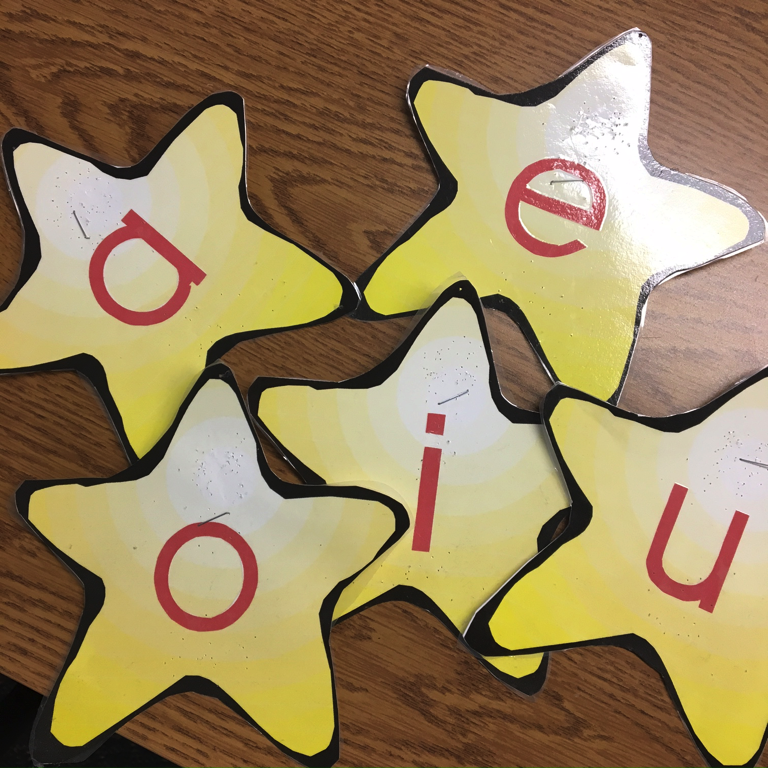 You know how I took down my Focus Wall and then put it back up NINETEEN THOUSAND TIMES?

Well, these vowel stars came down, too.   As you can see, I do not gently remove things off of my wall with a staple remover oh so carefully.  Nope.

When I tear something, I say gosh darn it, Kristin, you should be using a staple remover! and then I just pop off the next thing.  My kids love taking the staples out of these whenever they have extra time, and I’m a people pleaser, so what’s a teacher to do?

Well, these stars have a story, let me tell you.

YEARS AGO, as in SIXTEEN to be exact, I started teaching at my current school with Christina of Mrs. Winter’s Bliss.  And I was wowed by her and her track partner, (when we were still a year-round school) Susan.  They were amazing teachers and I was in awe of them.  I wanted to be just like them.

Well, Christina had these vowel stars hanging up in her room.  Yellow stars with red letters.

And I wanted them.  I needed them.  I obsessed over them.  But I didn’t want to ask her to make some for me because I asked her for something generally every other minute so I thought I should try to make these on my own.

I had NO CLUE how to use a computer.  For real.  NO CLUE.  What I did know, I knew in Word.  And it frustrated me beyond reason.  And whatever else I knew, Steve taught me and I would write it all down on paper so that I wouldn’t have to ask him again how to get a picture on the computer or off the computer or whatever it was I was trying to do.

I printed out (in Word) yellow stars.

And then I typed the vowels (in Word) in a Century Gothic font (kill me now!!!) and printed those out.

And then I painstakingly CUT OUT EACH LETTER AND GLUED THEM INDIVIDUALLY ONTO EACH STAR.

And I have had them hanging in my room ever since.

They are special to me but now they are in the trash.

Because I whipped these up instead.  And I do mean “whip” because it took me no time at all with my current computer skills. 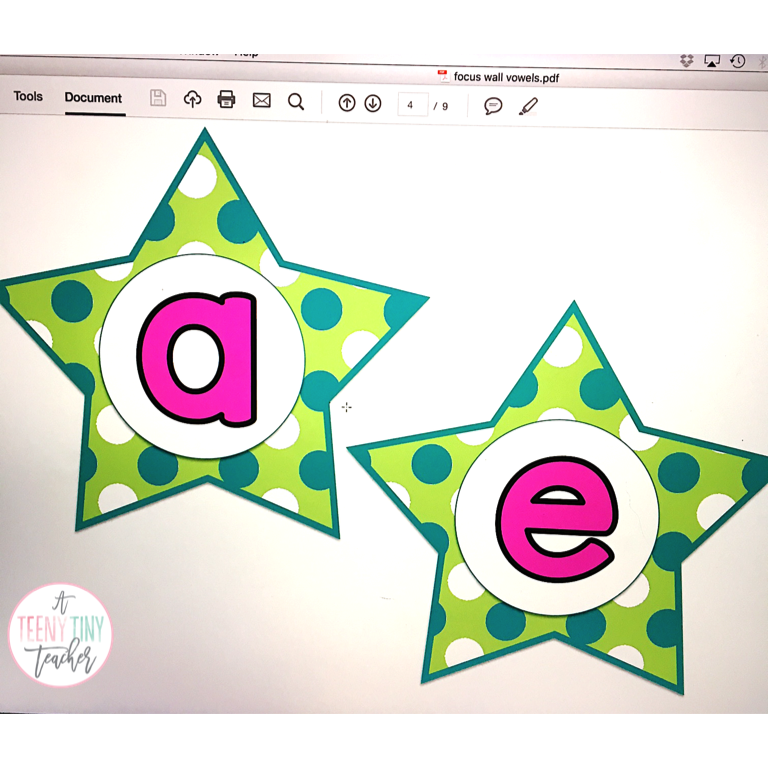 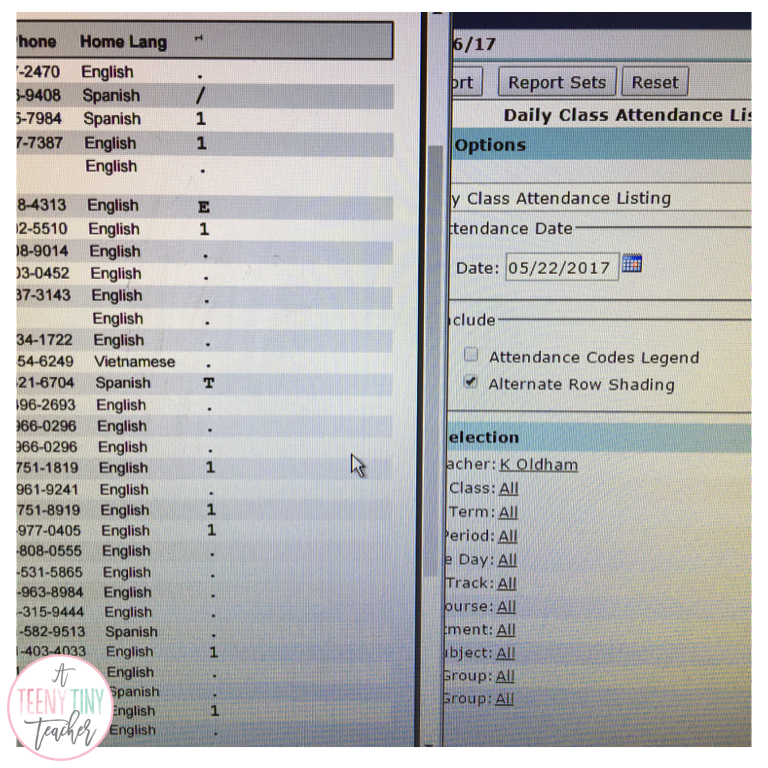 And then later in the day, ANOTHER ONE LEFT WITH A FEVER.

My class is SICK.

(Granted, having 20 kids all day was UH-MAZING.)

On Tuesday, I had seven out.

I can’t remember the count on Wednesday, but I will say rehearsing for a class play with several kids out IS REALLY DIFFICULT.

Our play was Thursday morning and I only had two out AND WE JUST BASICALLY COUGHED THROUGH THE ENTIRE PRODUCTION.

I have never washed my hands so much ever.  I need to record myself saying COVER YOUR COUGH and WASH YOUR HANDS and GET A TISSUE because that is all I’ve taught this week EVERY MINUTE in EVERY SUBJECT and I’M NOT KIDDING.

Yesterday I had eight out and then another left half way through the day . . .

I’m praying I do not get this!! 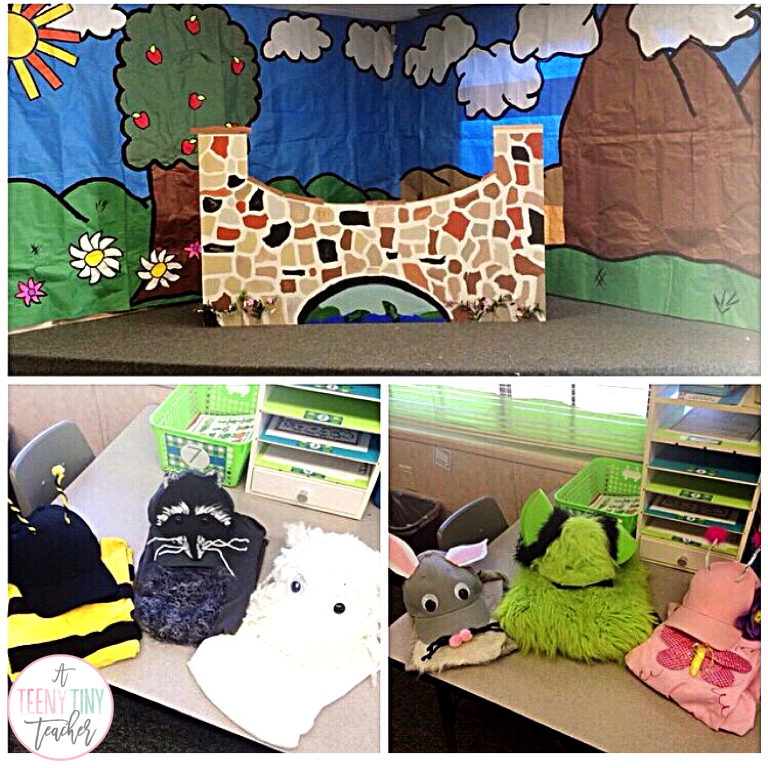 So yes, Thursday was our performance for the parents.

And my kids were FANTASTIC, especially with all of the absences for rehearsals, etc.

I was so in my head during the first song thinking I love this class, look at them, they’re so sweet and good and cute, and I can’t believe this is it, we won’t be rehearsing or performing the play again, and I’m going to miss this class, and shoot, I better not cry that I did not notice that I was on the WRONG FREAKING PLAYLIST.

My teammate, Laurie, who does the same play (we even share the costumes which is super fun for her class because my class is sick and now you know her class will be) was sitting right next to me (this is tradition – it’s a sort of moral support thing that we do for one another) and she whispered to me The lady is singing.

Because the CD (which is now on my iPod) has two versions.  In one version a lady sings along.  I have named that playlist “Nanny Goats PRACTICE” for when we first start learning the songs.

The second version is just the instrumental accompaniment so that the kids are singing all on their own.  I have named that playlist “Nanny Goats PLAY”.

I was on the wrong playlist for the PARENT PERFORMANCE.

And this lady who sings is AWFUL.

She sings like it’s an opera, and technically the play I bought is called an opera, but we’re first graders so we just sing regularly as first graders should.  Pretty much as anyone should unless you’re a professional opera singer.

But this lady?  She is NOT a professional opera singer.  But she wants to be.  And she might as well be wearing a big wig and singing in Italian for how she is attempting to sing.

And she was in our play.  Our play for the parents.

And all I thought was please don’t let the parents think that’s ME!!!!

Because I was down in front, on the carpet, sitting cross legged, and they can’t tell what I’m doing because they’re only seeing me from the back!

I was able to switch the playlists in time for the next song but then later on, I was back in my head having all the same thoughts about how bittersweet this all was, and I never pushed pause after a song so that the NEXT SONG STARTED PLAYING while one of my narrators was speaking.

I was a wreck.

My kids were amazing and I was the one who kept messing up. 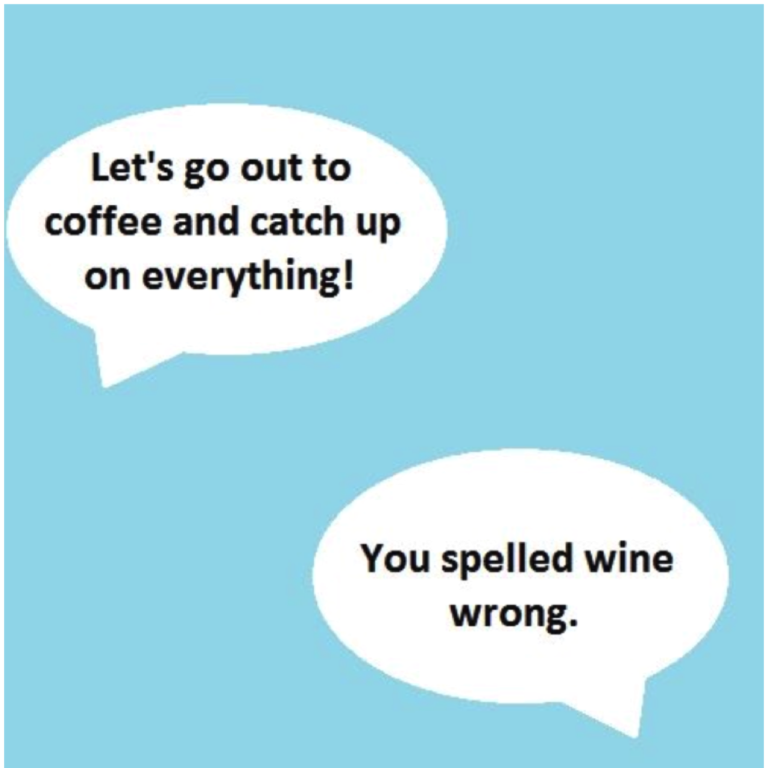 Last night, I went to a girlfriend’s house for snacks and wine and good ole fashioned girl talk.  There were seven of us and we had the best time!  She sent this to us this morning and it made me crack right up.

What would I do without my girlfriends????