Oh, thank goodness, we made it to the weekend.  It was hit or miss there for a while.  First it was Monday and then it was some other day and another day . . . I just didn’t think I’d get here.
We have no plans.  Zero plans!  I can’t tell you the last time this happened!  I love NO PLANS!  I love NO PLANS so much that I decided I should make a plan.
Here’s my plan:  DO NOTHING!
Unless I want to do something, but that’s only if I feel like it. 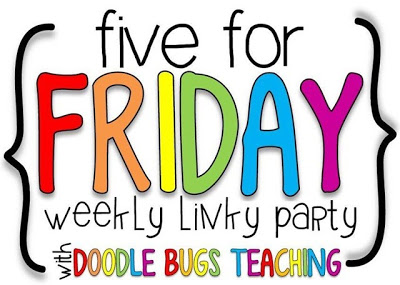 Here’s how my week went down: 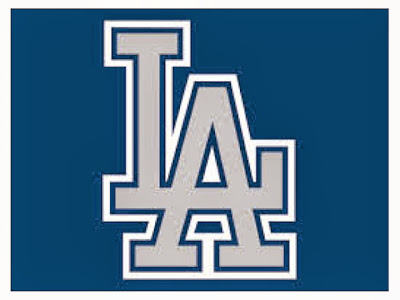 We beat the Braves.  Now we have to beat the Cardinals (best of 7) to see if we can advance to the World Series.  THE WORLD SERIES, people.  I have watched  seen  listened  never missed sat on the couch and pretended to watch all the regular season games
with the hubby up to this point.  But now . . . with the actual playoffs, I’m seriously watching.  Like, for real.  And it’s killing me.  I am a nervous wreck and end up pacing around our family room.  I also hide my face in a pillow a lot.  I am told this is normal sports fanatic behavior and nothing to be concerned about.  We lost Game 1 last night in the 13th inning . . . Here’s hoping for a better game today.  Let’s Go, Dodgers! 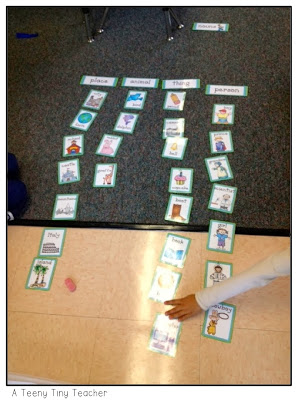 Just a little Nouns center . . .  My kids love this center so that’s good.  Even if they don’t like it, they’re not allowed to tell me.
We had to go over that once when a kid-who-shall-remain-nameless said something was boring.  Boring.  In my class.  GASP.
JAW DROPPED OPEN.  HMMPH.  I think not.  Clearly, this was a case of body snatchers and he had no control over himself.  And no, I did not look like an alien when I reacted to the word boring, either.  I was as calm as a cucumber.
Or as calm as a wave when there is a thunderstorm.  Either one. 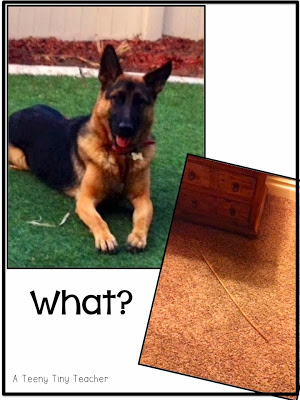 Can you see what Murphie brought into our bedroom?  And what she put on the new carpet?
It’s a palm frond without the frond.  I think she ate the fronds.
The hubs has been working on a deadline and staying up super late (he says 3 or 4am, but I’m sleeping so I have no clue) which means he ends up sleeping in until 10am or so.  He gets to work from home a lot and this makes me insanely jealous because as much as I love my job, there is absolutely no flexibility whatsoever unless you count the time I tried to do a stretching exercise while doing Adventure to Fitness.
Anywho, Murphie brought that palm frond into our bedroom as a gift to the hubby because she was sure it would wake him up.
And it did. 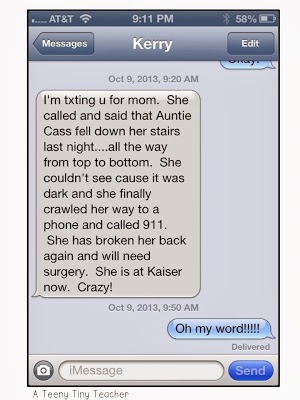 Yep.  That was my Wednesday.
I only have one aunt.  Her real name is Cathy but back when we were little kids, my mom thought it would be fun for us to call her Auntie Cass.  I feel like I’ve told this story before.  Auntie Cass does not like to be called Auntie Cass, but you trying calling a bird by a different name and see if you can keep it up.
You can’t.
It doesn’t work.
Anywho, she broke her back last year or the year before and now she has done it again.
The good news is that her surgeon (from before) decided not to do surgery this time so she is healing in a nursing home.  Even though she is not really old enough to be in a nursing home.  But she seems like she’s old enough because, when it’s dark, she falls down stairs that have been in the house that she and my grandma designed together for as long as she’s been living in it.
I mean, she knows the floor plan.
I am going to go visit her this week.
My poor Auntie Cass!  And my poor Dad, who says I’m not allowed to put him in my blog, but my poor Dad because he has a lot of pressure on his shoulders and now this is just one more thing.  I tell ya.
Shake head.
BIG SIGH.  Lots of praying. 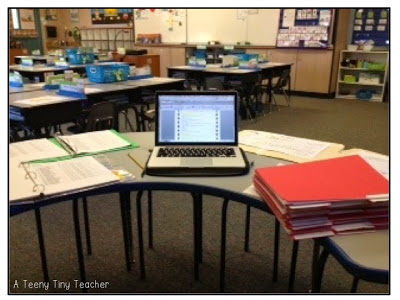 Here’s the main reason why I don’t have any plans this weekend.  I stayed at school until about 7:00pm, typing up notes for my parent conferences.  Report cards are done (yeehaw!) and now it’s time to prepare myself for the parents.  I had every folder known to mankind out and open in order to write my notes . . . and I had a system so every folder was in a certain place.  But it still took a really long time, what with the fifty million kids I have.
I blogged about it last year {HERE} in case you missed it or want to see why I do this. 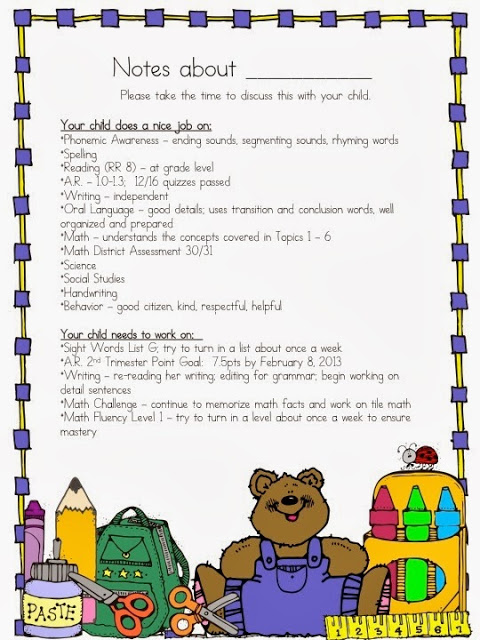 (sample student – not a real student)
You can get an editable template {HERE}.
I’m pretty much prepared after staying at school until it was practically dark.  And playing around with fonts.  I changed the font this year.  So when I finally went out to the parking lot, my little Mini Cooper was all that was left.
It looked so cute! (she said in a squealy voice)
And that’s about it.
My week.
How was yours?
« Shape Scarecrows (Freebie)
Let’s Go! A Transportation Unit »