I loved having a game!  I think I should have games on this blog more often.

Anywho, it appears as if *most* of you know me.

I do not, never have, and probably never will call my students sugar plums or cherubs.

They are my little rascals.  (she said fondly.)

So B was the correct answer!  Thanks for playing!

Let’s see who won an item of his/her choice in my store, as well as $10 to TpT, Amazon, or Starbucks.  Also his/her choice.  And I’m saying HIS because I do have a couple of male readers.  Really.  I do.  Don’t get that wrong on a gameshow! 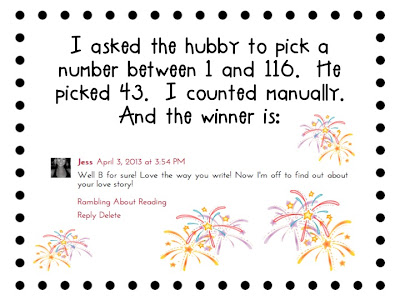 Jess, I’ll be emailing you!
Do you like the fireworks?  I added those for effect.
That won’t be on a gameshow so no worries if you don’t like them.  (she said sadly)
🙂
« Currently
Five for Friday »