Happy New Year!
I am bucking the system today and I have decided not to do a Five for Friday post.  And, apparently, since I am the author of this blog, I can decide that without fear of being suspended or fired.
Maybe I’ll do a Five for Fraturday post tomorrow instead.
You just never know so you’ve got to stick around.
So like I said, Happy New Year!
We did our usual Go to Jason and Stacie’s house and eat and eat and eat and play Hell’s Kitchen.  You can read about Hell’s Kitchen One {here} and Hell’s Kitchen Two {here}.
Unfortunately, you can’t read about Round Three because we didn’t have a Round Three.  I know.  I was shocked, too.
Look at this text exchange between Stacie and me (and Steve, but he’s the one talking about going to the store because that’s his forte and Stacie is calling him the chef because, as we all know, I don’t cook). 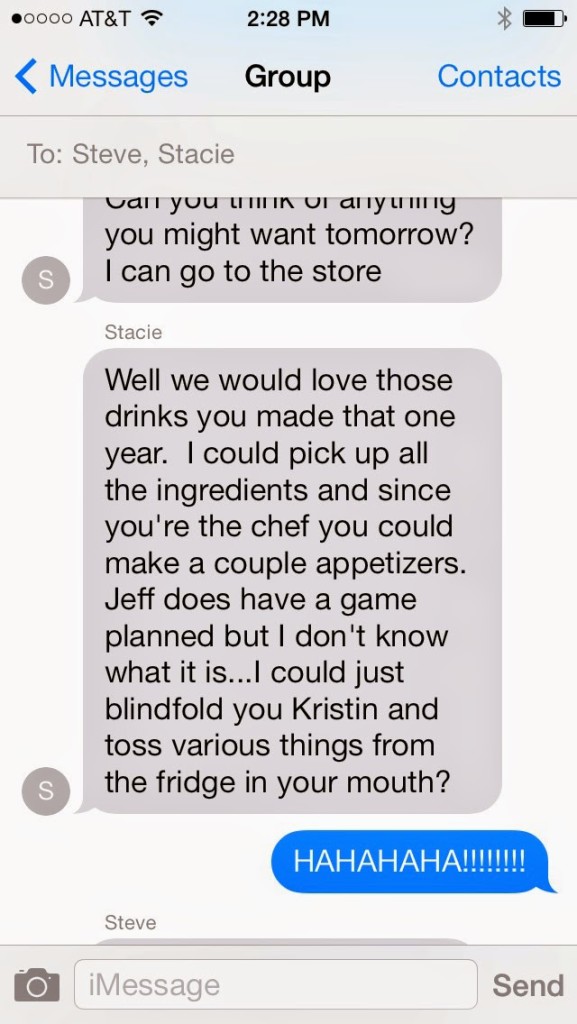 I opted out of being blindfolded and having things from the fridge tossed in my mouth.
I know.
I’m such a party pooper.
Instead, Jeff (our Hell’s Kitchen judge and referee and what-have-you) came up with a different game.
He had made different lists falling under different categories, such as TV Shows from the 80s, TV Shows from the 90s, Cartoons, People on the Cover of Rolling Stone Magazine, etc.  It was guys against girls, of course.
So we each took turns giving clues, such as . . .  it was about a hospital, George Clooney was a doctor, and some other girl was on it with lots of curly hair and I think they dated on the show, but not in real life . . .   And then you hoped your team came up with the answer of ER because hello, duh, who wouldn’t get that?
We got a minute for each list and whichever team got the most answers in the least amount of time won that round.
I hate to say that the men won again.
GRRRRRR.
I really think they cheated.  And, seeing as how I’ve been known to cheat at these types of games, I should know.
I would like to humbly admit (remember my One Little Word is Humility so I think if I’m about to brag or not be humble, I’ll just throw the word humbly in front of whatever I’m going to say) . . . anyway, I would like to humbly admit that I was really good at this game and I think it has everything to do with all of the television that I watch and the People magazines that I read.
Seriously.  I was probably Most Valuable Player for my team.
For example, I yelled out the name Rob Lowe when the only thing my teammate said was this guy is handsome and, people, I was right.
Anyway, a good time was had by all and I think I was back home and in bed by 12:04am.
Just call me a party animal.
Seriously.  Call me that.
Yesterday was a much deserved Do Absolutely Nothing Stay In Pajamas All Day Eat Whatever And Watch Friends All Day type of day.
Another reason to call me a party animal. 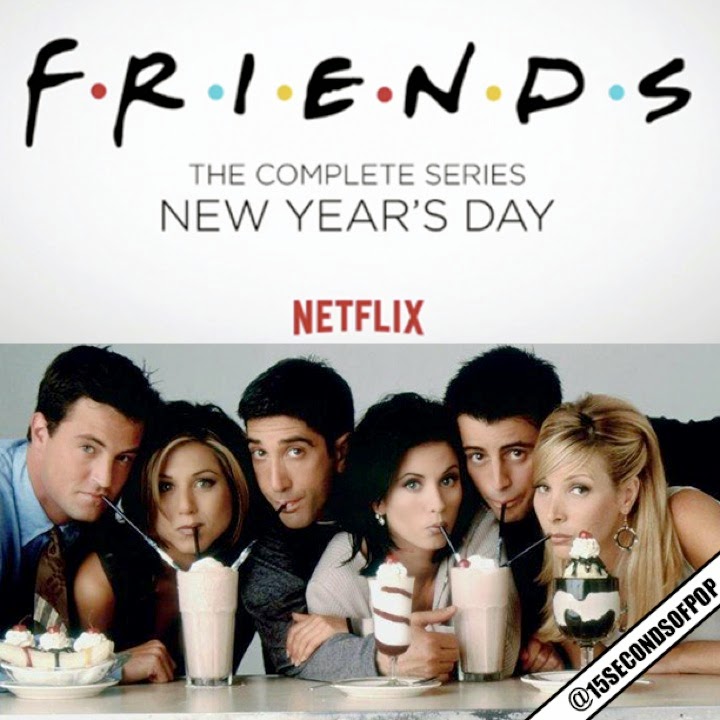 Today, we ran a bunch of errands and later, we’re headed to a friend’s house for sushi.
Which I do not eat.
But I am going to try.
So, if you really think about it, it’s practically like Round Three of Hell’s Kitchen.
Right?
« The Ladder Effect
To Talk About It or Not . . . »