I’ve been tagged a lot today.  Which is really weird because we are a no tag school.  It’s just not allowed.  But I’ll play along because, as I’ve said before, my halo has been known to get a little crooked every now and again.  I was a little worried that I wouldn’t be able to catch anyone to actually tag them, but thank goodness this is a virtual game.  I can be really fast in a fake world.  Like superhero fast!  I’ll be back later in the week to continue this game. But not yet.  I have to get into training mode and get the Rocky theme song in my head and eat some raw eggs first.  So hold your horses.  And keep your panties on.  🙂

It’s about to be all about hearts in my neck of the woods.

We started with our Jump Rope for Heart Kick-off Assemblies on Friday.  One of my good teacher friends is the chairperson every year.  She asked me if I would speak at the assemblies to make it more meaningful for the students and/or so they could make a connection.  Hmmmmm.

It was a conundrum, that one.

Not even all of the teachers at school know about my heart condition . . . now I was just going to get up and pour it all out??  Yikes.  And yes, the entire virtual world of bloggers and strangers knows about my heart condition but not real life people.  I never said I was normal.  If that was your assumption, you have been led down the wrong path, people.

But I decided to do it.  I think I did it in a way that didn’t scare the kids . . . I guess I’ll find out tomorrow at school.  If parents bring me food and casseroles, then I’ll know the kids went home and told them I was dying.  Which I’m not.  And I never said I was.  But I’ll take the food.  Especially the desserts.

I did get about 1000 students who said they would jump for me since I can’t.  A little known fact about me is that I used to be on a jump roping team.  That’s right.  Uh huh.  Go Skippers!  My school in Texas had a team and they were called the Skippers (not to be confused with Barbie’s little sister.  Or was that her cousin?) and I tried out for the team in second grade and I made it.  I went to practices before school and everything.  I may not be very athletic but I can jump over a rope over and over and over again.  I also learned some cool tricks, if I do say so myself.  So I told the kids all about that and how I was sort of sad that I couldn’t jump and they all said they’d jump for me.  They also said they’d bring in $1 for the American Heart Association so that one day, maybe, just maybe, I’ll be able to jump rope again.  I’m secretly hoping this will be our biggest year to date in the fundraising department.  But you didn’t hear that from me (insert violin music here).

I will also introduce some new Heart Poems.  Like this one.
To My Valentine Color

I am off to catch up on some TV.  A crisis was just averted when I happened upon MTV’s The Challenge:  Battle of the Exes.  I forgot it was premiering and I didn’t Tivo it.  Panic!  Sweat!  Tears!  Say it isn’t so!  I caught it just by chance and recorded it immediately. I’m dying to see if CT and Diem will reunite.  I know CT is a bad boy and all that but I like him.  I can’t explain.  Does anyone else watch these Challenge shows?  Am I the only one?

I hope you like the poem — fingers and all.  Please leave me some bloggy or stranger love if you grab them!  🙂 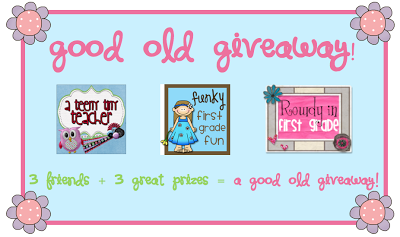 Thanks for all the Reality TV comments on my last post.  I think I’m going to be a Dance Moms watcher.  🙂  At this point, why not?  I lost my dignity somewhere between Big Brother and The Challenge:  Battle of the Exes, so why not?
« Good Old Giveaway
Tag »