Happy Sunday to all of you!

So I was wandering around blogs yesterday as I’m apt to do, and I came across Cara’s post at The First Grade Parade, and then I stopped.  Bam!

She had all this great Math stuff going on because she loves math.

Cara posted a video of her class (and herself) showing all sorts of skills – counting, greater than-less than, building towers, matching cards to numbers, etc.  This was all done with snowballs so the kids were super engaged.  You can check out the video {here}.

Well, she totally inspired me for what we’ve got coming up – especially since our district is making the first grade teachers take a District Assessment on the math common core standards in a month or two (I should probably look up the date–for all I know, it’s next Friday or something scary and unreasonable like that.)

Here’s where we are right now in math.

On Friday, we practiced counting forwards to 120.  I’ve never had to teach this before so it was new to me, too.

It went well.  Really well.  Which is surprising because I was all over the place in my presentation of it, and what was supposed to be simple and straight forward turned into “And look at these tens! And then see these ones?  And this here thing is called a hundred!  Look!  Let’s count it!  Wait!  Let’s back up.  Do you see a pattern?”

I knew it had gone a little south when one of my girls raised her hand and asked a question.

“Are those hard or soft?”

She was asking me about my foam manipulatives. 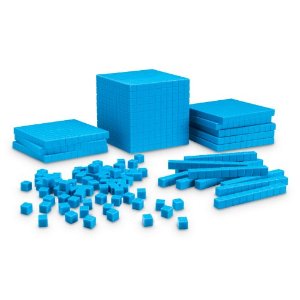 Oops.  Yeah.  So.  Maybe I should have started with letting the kids EXPLORE the manipulatives.

(I’m not making you think I’m a bad teacher, am I?  This happens to everyone, right?)

We’re going to play with those manipulatives tomorrow as soon as they walk in, I can promise you that.   (Well, that’s actually not true because I have to teach Language Arts for two and a half hours, but you know what I mean.)

SO!  That’s where Cara’s lesson is going to come in.  With a first grade twist.

I’m going to write down numbers on pieces of paper – 45, 36, 98, 72, etc, etc, etc and then I’ll crumple them up into snowballs.  I’m going to let a few kids at a time come up and have an actual snowball fight with the snowballs.

Then they’ll have to pick ONE snowball, uncrumple it, and read the number.

AND THEN THEY HAVE TO REPRESENT IT WITH THE MANIPULATIVES.

Meaning:  if they have the number 53, they will need to show 5 tens and three ones WITH THEIR MANIPULATIVES.

Later on, I can extend this lesson with greater than-less than (in the way Cara did) because I know that’s a common core standard.  I think.  Well, I’m pretty sure.

So, people, wherever you are this week or whatever you’re doing, rest assured that at least ONE of my math lessons is going to be well thought out with no hiccups in the road.

Well, that is, unless someone actually gets hiccups in which case, I’ll have to allow them to get a drink IN THE MIDDLE OF THE LESSON which will, in turn, cause four other kids to start having fake hiccups just so that they can also get a drink.

« Recess Drama and Facebook Giveaway Winner
Talk About It Tuesday »