This is what happened to me today.

Maybe you should sit down.  I certainly am.

My normal just walked into my classroom routine goes like this:

I turn on all the lamps (I have three), the Scentsy warmer (which is probably illegal so lets all just keep that to ourselves), the little tabletop fountain that I have (I’ve been told it creates a calming effect, but I’ve had it for so long that it must not be working anymore because my kids continue to have an abundance of energy from year to year), turn on the heater (or the air conditioner in summer — or nothing at all if the weather is just perfect and my classroom doesn’t feel like a tomb or an oven), and I put my iPod on the docking station and choose the playlist “George Winston” (unless it’s Fall and then I choose “Harvest Time” or unless it’s the three weeks between Thanksgiving and Christmas break and then I play the “Charlie Brown Christmas” playlist).

It’s a pretty extensive just walked into my classroom routine, as you can see.  But I have time for it because I get everything ready to go before I leave for the day so I can be all kinds of leisurely when I get to school in the morning.  And, by leisurely, I mean I’m very busy and doing all sorts of important things, but I’m not running around like a maniac and standing in line for the copier or fighting with the copier or trying to find out where I put that tub of math manipulatives, although all of that did happen to me today, just not in the morning.

I’m not one for running around.  Who wants to run?  It’s really hard to run when you want to drink your coffee and have a chit chat with your teammate.  Trust me.  I know.

So this morning, I walked into my classroom and the only thing I really got to do was turn on the heater because, don’t ya know, it was only 56 degrees in my classroom which is considered a below freezing temperature in Southern California, so I was cold!  Freezing cold!

Next, I walked over to the corner of my classroom where I have a nice little calming situation (or an attempt at creating calm) going on which includes a lamp, the tabletop fountain, and the Scentsy warmer sitting on a counter.  And as I reached to turn on the lamp, I heard something.

And it sounded a little like high pitched crying.

Or like the musical note EEEEEEEEEE.  Whatever that sounds like.  I was not a music major, nor am I a musical person, so I don’t know if EEEEEEEE sounds like the long e sound or not, but there you go.

So I jumped back about ten feet, and maybe a chair fell over in the process, and maybe my heart speeded up, and maybe I started to sweat.

I don’t know.  Because then I talked myself out of the feeling.

Because what I haven’t told you is this:

And yesterday, after the kids went home, a Pest Control man came to my classroom during my team meeting to set out glue traps.

And he said that our custodian would be told where they were so that he could check them in the morning.

And all I have to say about that is I guess I’m the custodian because guess who checked the glue trap to make sure her mind wasn’t playing tricks on her because she overreacts and tends to hear things that she thinks is high pitched crying, but is actually the lamp switch being turned on, or the refrigerator humming, or a pencil falling off a bookshelf?

I checked the glue trap.

And I heard correctly.  Maybe for the first time ever.

And a tiny little mouse was stuck on the glue trap and wriggling around and crying.

And it was HORRIBLE, PEOPLE!

I almost started crying (or maybe I actually did cry and maybe I feel like crying right now), and I have complete and total mixed emotions because I don’t want mice in my classroom, OBVIOUSLY, and I definitely don’t want all of their droppings, either, but I really don’t want them to suffer! 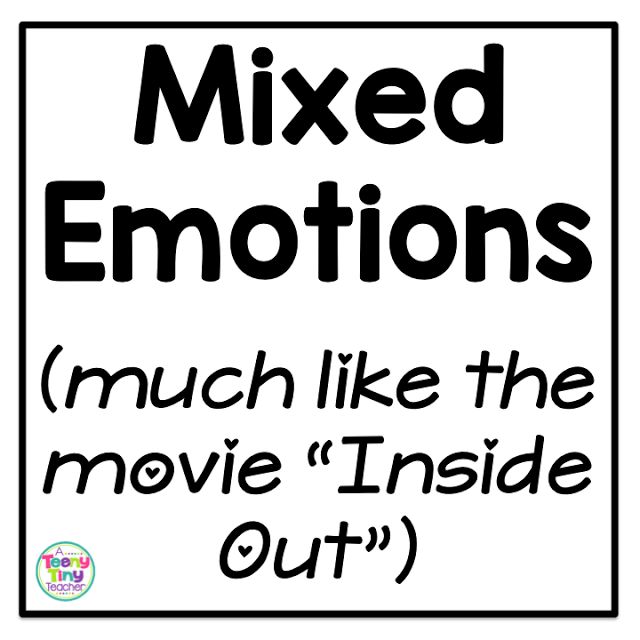 And this little mouse was suffering!

I had to call our custodian (who was really upset on my behalf, and he wanted to know why he wasn’t told that a company had set glue traps in my room) and he came to the rescue.

But you don’t want to know what he did to end the mouse’s suffering.

And I’m not telling.

Not to mention, I don’t know if he even really did it because I left my classroom, and made a big ole production out of how upset I was by jumping up and down a little, and holding my head in my hands, and half fake/half real crying in front of some kids who happened to be nearby.

When I told my aide what had happened, she said GOOD! CATCH THEM ALL! THEY ARE AWFUL!  And when I told our night custodian about it, he said he already knew and he said, THEY’RE VILE LITTLE CREATURES!  WE MUST GET THEM ALL!

What in the world?  In the words of Taylor Swift, Why You Gotta Be So Ruuuuuuuuude?????

How am I alone in this?

I am sort of reminded about the time We Had Birds.  If you haven’t read about that time, you should.  It’s {HERE}.

I had mixed emotions then, too.

I’m not saying I want a pet mouse.  But I’m also saying that they’re one of God’s creatures.

« Talk About It Tuesday
Five for Fraturday »