What a day I’ve had.  Just picture me hitting myself in the forehead as I say it again.  What a day I’ve had!  But I am alive.  Life is well.  This is not a Grey’s Anatomy day in which terrible things happen every single segment (last week’s episode) or a Beverly Hills Housewives kind of day in which my friends sit on a pristine white couch and pretty much tell me that they always talk behind my back (last night’s episode).

No, no, no.  It’s just that yesterday was a To Be Continued kind of day and it continued.  Shall I explain?

Get comfy.  Here come some words.

Our district has a Print Shop.  They copy stuff there.  My principal lets us turn in “grade level wide” masters and units of things for approval and then she PAYS for all of the copying over at Print Shop.  It’s sent there, it’s copied there, and it comes back to us in boxes.  Shrinkwrapped, collated, hole punched, any kind of copy word you can think of, and it’s done.  It’s a magical place.  Much like Santa’s workshop.

It’s time for our “second half” stuff.  I asked our secretary yesterday if it was turned in, shipped off, or being multiplied as we speak.  Nope.  But she would ASK our principal about it.  She thought she had heard our principal say she wasn’t approving anything that was not core curriculum.

Here is one sample that I need for the second half of the year: 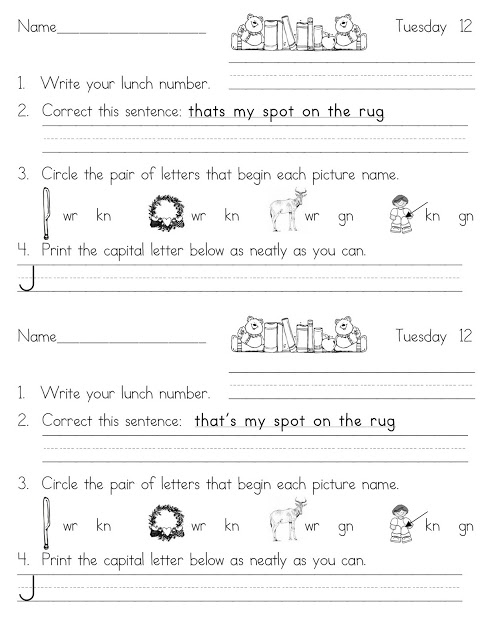 Well, I don’t know if you can tell from this, but we call this Morning Work.  And it’s a weekly review of what we learned in our Core Curriculum from the previous week.  Make 15 copies, cut in half, good to go.  (well, except that I also have math on the back) 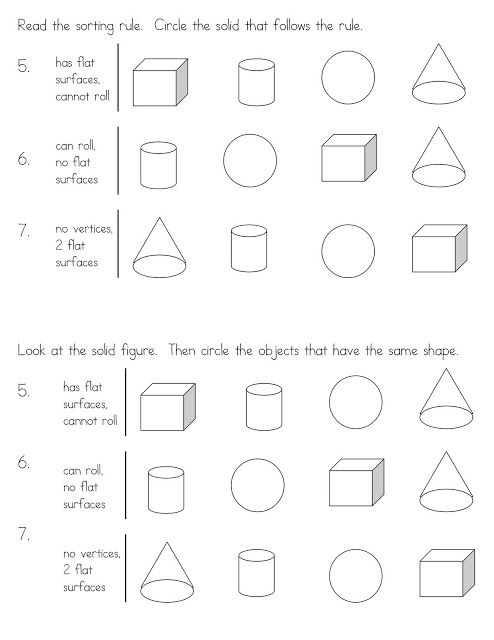 So I understand it’s a lot of copies.  We do this EVERY DAY.  The kids come in, get started, and we review.  Each day is something a little different.
Here’s the kicker.  This is my BABY.  It took me FOREVER to create these and find the right clipart and blah, blah, blah.  They are not meaningless.  They go with our Language Arts and Math curriculum.  I don’t know why I’m trying to convince YOU.  I am preaching to the choir, as they say.  YOU get it.  Thank you, by the way.
Long story short (ha!), the answer yesterday was NO.  NOPE.  And no extra clicks for copying it on our own at school.  We are budgeted on our copies and we call them clicks (don’t worry, I don’t get it either).  NO.
Ouch.
First Grade was DEVASTATED.  We were down in the dumps.  And then we decided to RISE UP.  We would RISE UP and STAND UP FOR WHAT WE BELIEVED IN.  So we marched right into our principal’s office and we said . . . and I said . . . well, anyways, in my dream, it was BRILLIANT.  I’m sad to say, we didn’t do that.  We just hung our heads and hugged one another and said, “The sky is blue.  We can always count on that.” (unless it’s raining and then it’s gray)
But TODAY . . . my partner and I were eating lunch and our principal came in and asked us to see her when we were finished.
GULP (from the food but also from the nerves).
Here’s what happened.  She started the conversation with “I consider us friends.”
Hmmmm.  That was interesting to me.  I don’t have her number.  We never text each other.  And, in general, if my friends ask me to stop by their room or their office, I am usually not afraid that a) I’m in trouble b) I did something wrong or c) I’m about to be fired.  Maybe that’s just MY friends and me.   Maybe we’re weird.
Oh, but did I ever nod my head like a maniac that yes, we’re friends, because I knew where this was going!!  I could stand to use a new friend!!!  Yes, let’s be PALS.
All in all, she was very reasonable (so were we) and it was a pleasant conversation.
She gave her reasons, she allowed us to give our reasons, and then we walked out of her office with a YES.   All because I’m her friend.
Here are my questions for you tonight.  I only have two.  🙂
1.  Are you friends with your principal? (and is it okay to talk about this?  I didn’t say anything wrong, did I?  oops, that’s 3 questions in one but just ignore that)
2.  Are you interested in the Morning Work that I just showed?  It’s a HUGE file.  I have no idea how I would share it.  It’s 34 weeks long.  FRONT AND BACK (anyone thinking Ross from Friends?  oops, that’s a third question but it doesn’t count unless you want it to)
« Awkward
Don’t Go Away Mad »