Day 6 of healing and of going nowhere but upstairs, downstairs, and the backyard.

I started feeling like a human being yesterday so that’s good, considering I am one.  My face might not look like one, but I think it’s coming along, too.  I feel like I’m less swollen and Steve swears that I’m less swollen, but he won’t exactly look me in the eye when he says that either.

That could mean that he is lying and/or it’s hard to look at me.

In sickness and in health, right?

In the meantime, before all this happened, I was able to post my Reader’s Theater for Kinder Kids {End of the Year} edition.  Yes, end of the year.  The last time I looked, we had about six weeks left.  There’s a countdown on the whiteboard in our lounge.  People keep saying it’s so crazy this time of the year, sorry to ask this, but could you . . . so I’ve decided that could mean only one thing. 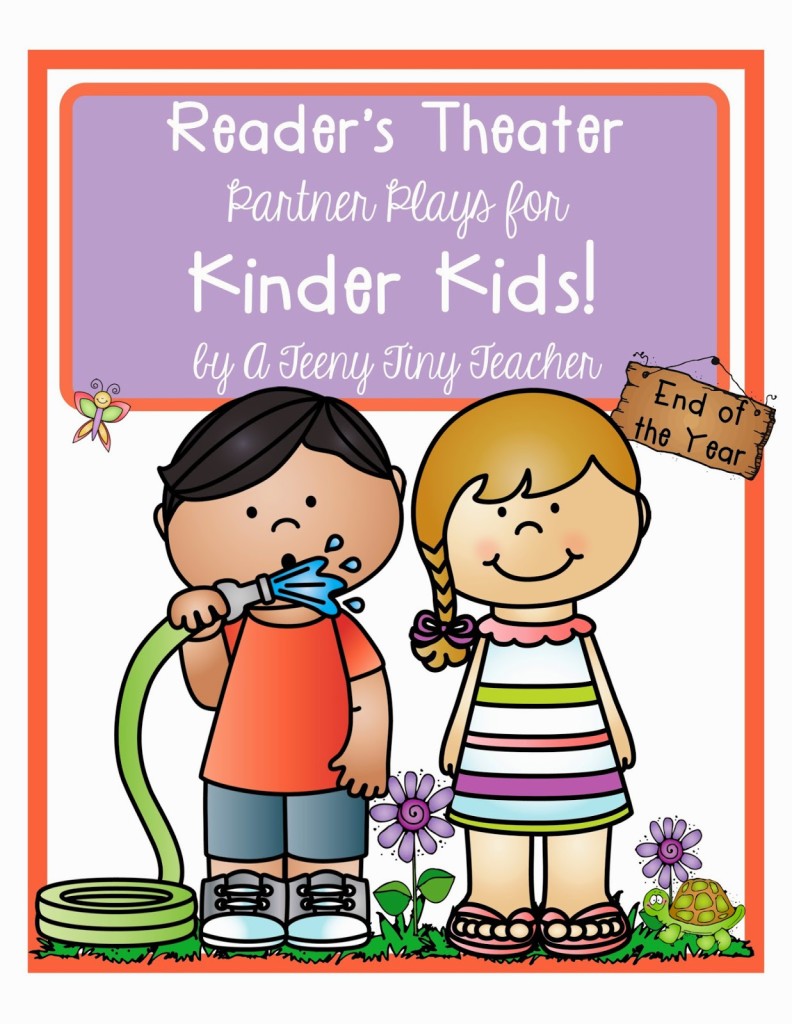 I have a couple of friends in my class who still need this level and we will be using them in our small group time together.  And by small group, I mean me and these two kids while the other thirty kids run amuck.
But my other thirty kids are so sweet about the fact that these two kids struggle in reading that they’re all willing to partner up with them and help them during centers time.  Okay, maybe not all of them — you know I have one or two smarty pants kids who can’t bring themselves to read an easy play and tell me all the time that my Advanced plays should be longer and have bigger words and longer parts, but still, most of my kids don’t mind at all.
Which makes me think I’m going to miss my class.  But that could also be due to the fact that I have been at home and not with them so I am feeling nostalgic instead of my kids are driving me crazy, I found band-aid trash on the floor again!  AGAIN, I said!

Anywho, here’s a glimpse into the pack: 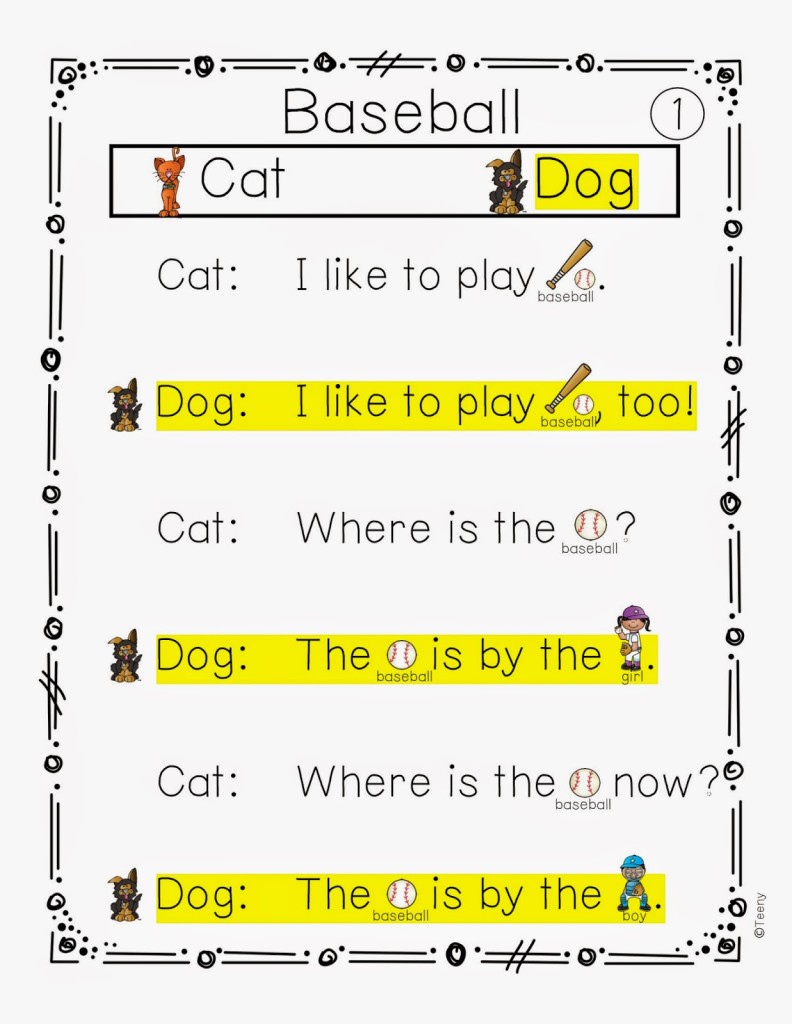 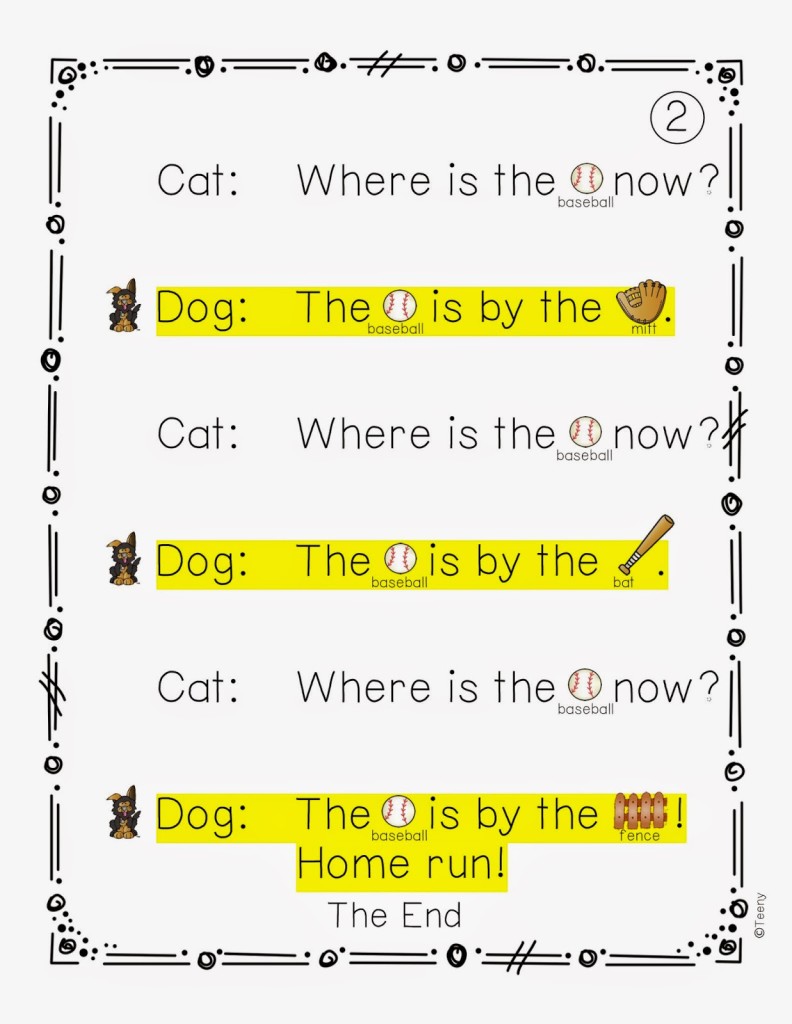 I know my two little ones are going to love this one and want to take turns being the dog so they can yell out, “Home run!”  I really wanted it to say, “Go Dodgers!” but I didn’t know if that would go over very well with everyone.
I have a lot of Angels (Angel? Angel’s?  How should I know?) fans in my classroom.
I don’t know how it happened because I remember that I specifically said that all my kids needed to be Dodger fans when I signed my contract years ago, and then every year I end up with a class divided.  And it’s not half and half, either.  Some kids don’t even care, if you can believe it!
I will probably use this pack at the beginning of next year, too.  I think it will be perfect for easing my first graders into Reader’s Theater while we focus on sight words and fluency.
I gave a few of these away on my Facebook page and I thought I’d give away a few here.
So . . . if you’d like the chance to win your own copy, just leave a comment on this post with your email address and I’ll pick a winner tomorrow!  🙂
Go Dodgers!!!
« Five for Nothing
Winners! »