Hey there.  It’s me, still being a rebel.  Not linking up with a linky to bring you five pics of my week.  I’m almost too much to handle.  I know.  I’ve been told. 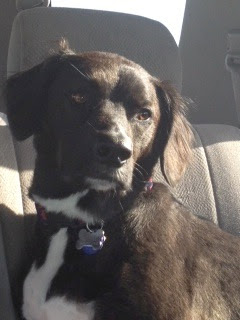 Awww.  Baxter Boy.
This is Kerry’s dog.  Through and through.
He follows her everywhere.
He loves her.  This pic was taken when he was relegated to the back seat of the car because I called shotgun first.
So this picture captures him looking lovingly and longingly at his mama – longing to be next to her.
He is tho thuper thweet.
He helps me when I am missing Murphie. 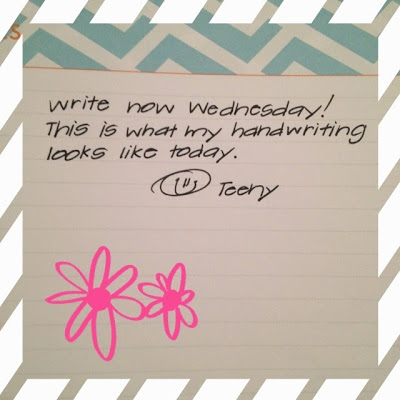 This was my attempt at linking up with Babbling Abby
on Instagram.  I am sorely lacking in my Instagram endeavor.  Much in the same way that I lack initiative when it comes to pinning on Pinterest.  I feel that there is too much to be a part of and it takes me away from valuable things such as reality TV and junk food.  But I am trying.
So there’s my printing from Wednesday.
Which I believe I have blogged about before
at some time or another. 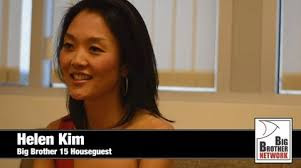 Stop reading right now if you’re not caught up on Big Brother.
STOP, I said.
Spoiler alert!
Okay, we’ve only been watching these new peeps for two weeks or so, but I’ve already decided who I like and who I can’t stand and who I would be nice to for the sake of my game and who I might have a showmance with.
And I am really happy that Helen won HOH.
Take that, Jeremy and Aaryn and Kaitlin.
Aaryn.
Oh my word.  That girl.
She is just going to die when she gets out of that house and realizes how much America does not like her.
But this is not about Aaryn.  It’s about Helen.
Hooray, Helen! 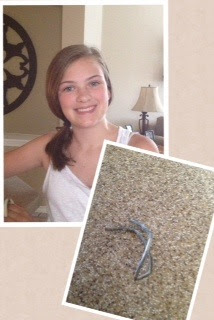 This is Madison, my 11 year old niece.
And THAT is what she stepped on in the backyard.
Yep.
It was on the bottom of her foot.  It was stuck in there.
And it wasn’t bleeding.
So there was a lot of discussion between Kerry, her husband, and me along the lines of, “Is it good that it’s not bleeding?  Is it bad?  Should we take it out?  Should a doctor take it out?  Is she going to need a tetanus?  Should we call the news?”
Well, Madison pulled it out herself.
It took awhile.  And it took bravery.  But she did it.
Today, we had to take her for a tetanus shot.
And you know what one does after you take your niece for a tetanus shot? 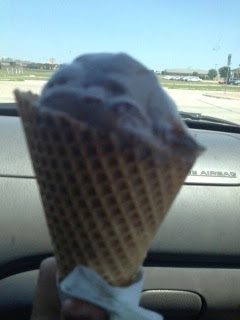 You go to Braums, of course.  And you get yourself a big ole scoop of Chocolate Almond ice cream in a waffle cone.  Because you’re the aunt and that was stressful.
All aunts do this.  I read it somewhere.
In between all of this real life and TV life drama, we have gone to the pool, shopping (Sam Moon, anyone?), out to eat, pool, shopping, Target, out to eat, Target, the movies (Despicable Me), out to eat, Braums, baseball, etc, etc, etc.
It has been really nice.  I am feeling a little guilty that I haven’t done anything for school this week.  ANYTHING.  But I have been texting a friend every day about our new color schemes and everything we’re buying and trying to implement so I think that counts a little.  It has to, right?  You have to think about this stuff and dwell on it before actually coming up with a concrete plan.  Otherwise, you end up doing things over again.  Take, for example, printing out desk name plates and laminating them and cutting them out.  And then realizing you forgot to add the little daisy that you wanted so you have to do it again.  And then you do it all again, only to realize you wish you had put two daisies.  That’s what I’m talking about.  Think first, people.  Take a week off in Texas and just think.  You’ll thank me later.
On a sad note, today marks two years that my beloved Foster has been gone. 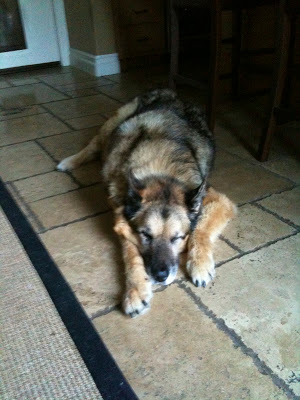 Sweetest and most laid-back dog ever.
Foster.  Gentle Giant.
I can hardly look at this picture.
SO!  Clear throat.  Shake head.
Buck up.
That’s all.  I’m off to read or watch TV or do something productive like that.
Happy Friday!
« Talk About It Tuesday
Vegas Bound »