Before we begin, Hadar at Miss Kindergarten announced the winner from our Lucky giveaway.  Just in case you missed it: 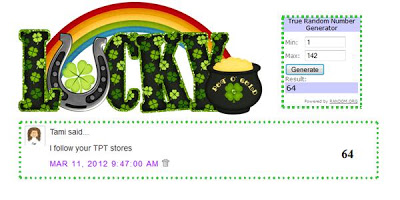 The Most Controversial Finale In Bachelor History!

There was only a little bit of a rewind – thank goodness it wasn’t for the entire first hour.  That’s been known to happen.

Ben’s family arrived to help him.  I think his sister could be on the Kardashians.  Anyone else see that??

When Julia (Ben’s sister) asked Lindzi to dish about Courtney . . . wow.  I was a bit shocked, but I can’t say I blamed her.  Kind of cracked me up, actually.

(and can someone, please, for the love of Pete, tell me why Courtney always goes last????)

Julia did not like the idea of having a model for a sister-in-law.  I can relate.  I wouldn’t like it, either.  I would feel frumpy.  And we already all know that I have a height problem so I just don’t think it would work.  I get where Julia is coming from.  Totally.

Courtney somehow handled the mom and sister pretty well.  I was distracted by his mom for just a moment.  Do you think if Ben styled his hair the way his mom does, it would look better???

Julia and Mom liked Courtney.  Huh?  And they thought Ben was in love with Courtney.  Whatever.  I had resigned myself to it.  It’s fine.  As long as I don’t have to marry the guy . . .

Forty minutes into the show, it felt like a foregone conclusion that Ben was going to propose to Courtney.  It was odd.  Much like the US magazine out this weekend that announced Ben had cheated on Courtney even though the final episode hadn’t aired yet. 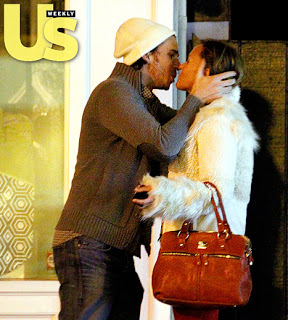 However, then he went on a final date with Lindzi.  Why not?  I did not like the way that she jumped on him and wrapped her legs around him.  Don’t do that again, please.

Okay, I’m back.  Lindzi made me sick when she compared relationships to skiing.  Honestly.  She should have warned me.  I thought we were past all the metaphors.

Lindzi told Ben she loved him.  Oh no.  I think we need some Hey, Girl signs that say something along the lines of “Hey, Girl.  Ben is gross.  You don’t love him.  You love horses.”

Then it was Courtney’s turn for the final date.

Lisa, my sis, texted me to tell me that I would have a field day writing about the helicopters.

And then I heard one.

And then Ben and Courtney got in one.  Ben said he hoped their relationship was “progressing to new heights”.  I should have just kept a bucket near me because I did not handle the nausea of those metaphors very well.

I wanted to fast forward but I didn’t let myself.  All for you, people. Remember, I am “obliging”.

Courtney gave Ben a gift . . . in the bedroom.  Literally.  She took him into the bedroom to unwrap the gift.  That sounds really bad, but it’s all true.  And it’s not a metaphor.

Then it was time for a bunch of balcony scenes.  I’m not going to go into the particulars.  Just imagine each of them leaning on the balcony railing.  Looking into the distance.  Contemplating love.  And helicopters.

Then Ben went ring shopping (again).  I think he did his hair extra special for the occasion.

Are you kidding me?

Were all of those helicopters just for me?

Was it a joke?

And then . . . who would step out of the helicopter for heartbreak?  In Switzerland?  On top of a mountain?  To be rejected?

You love horses.  Not Ben.

Shhhhhh.  She talked A LOT.  Do you think they have to do that?  Is it in paragraph 23, line 8?  “Before the bachelor can reject you, you must proclaim your undying love for him so that you will look foolish and regret it later.”  Sign here.  Initial there.  Practice your speech.  Make it extra long and bumbling.  Good.

Lindzi said, “And if things don’t work out, call me.”

Has anyone ever said that????  (Wait.  Did Molly say that?  Is that how her and Jason got together?)

And then the poor girl had to get into a helicopter.  Not even a limo.  I tell ya.  I have no words for all of the helicopters.  It
seriously cracked me up.  I felt like I was being pranked.  Who went to all the trouble of arranging that?  Ha!

Back to the “Most Controversial Finale In Bachelor History” comment.  What?  What was controversial?  That he picked Courtney?  That they ruined the clear, crystal Switzerland air with helicopter smog and hair gel?  I’m a little lost here.

AFTER THE FINAL ROSE:

OH.  EM.  GEE.  Ben’s hair.  It was SO (tho) long.  And I think he must have just gotten out of a helicopter and the blades were still going which caused his hair to be wind blown.

Cheating.  Rumors.  Broken up.  Engagement off.  This was in the first ten minutes, people!  Was that the controversial part??

I kind of felt bad for Courtney.  How many more times can she say the girls and the show brought out the worst in her?  Ben picked her.  Now stand up for her.  Be a MAN.  Or at least ACT like a man with reasonable hair.

I love Chris Harrison.  “When the going got tough, you split.”  Ha.  Take that, Ben!  You stupid man.  Again, Ben picked her.  Deal with it.  At least he finally apologized to her.  Took him long enough.

Or he had a hair in his eye.

Ben should have re-proposed.  It would have been the right thing to do.  He broke off the engagement.  Shouldn’t he have made it official?  Why do I care?  I don’t know.  I think I am so over this.

And that’s the end, people.  No more Talk About It Tuesdays.  Whatever will we do????  I am looking forward to Emily’s season this May . . . anyone want to do this again?