If you’re not a regular on this ole here blog, that translates to “Oh, I’m sick.  Super sick.”

It’s because I was bragging the other day about how I no longer get sick and that I do not have a weak constitution (my sister, Lisa, would rather I say “immune system” but I think constitution sounds like we’re in the Victorian age or something which makes me sound fancy) anymore.

Apparently, my constitution has a leak in it somewhere . . . and I’d venture to say it’s in my nostrils.

They’re clogged and runny at the same time.

My ears are plugged.

My eyes are watery.

It’s generally all happening in the upper regions of my body and I refuse to allow it to get to the flu stages so I’m following doctor’s orders (the doctor that I didn’t go see, but who would say the magic words anyway) and staying in my pjs for the next two days.

I tell you all this because I tell you everything, but also because we did our cute “I’m Sick” art and writing project this week that I blogged about last year.  You can read that whole post [HERE}.  I recently linked up with Denise at Sunny Days in Second Grade with that post, too.  You can get a lot of good ideas for Winter on Denise’s linky.

Here’s a picture of this year’s bulletin board: 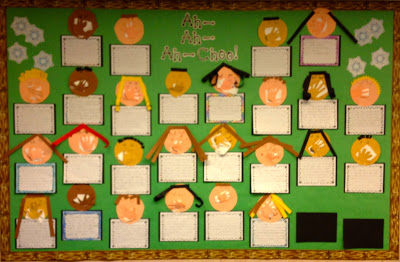 I’m missing two.  These two kids took an extra long MLK, Jr. weekend.  And I wasn’t invited.
One was afraid to tell me he was going to Disneyland.
I don’t know why.
I don’t cry EVERY TIME a student tells me
they’re going without me.
Here’s a close up (from last year): 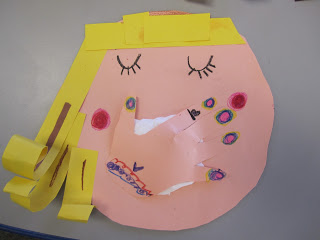 Our topic for writing was “Several things happen when I am sick.”  But you could change that.
As a matter of fact, another blogger, Miss Cosby of You Might Be a First Grader, sent me a sweet email about this project . . . and she created a writing template to go with it if you’re looking for a freebie!
My kids loved writing about what they do when they’re sick.  Lots of hot tea, toast, blankets, TV, couch time, and soup were prescribed.   A couple of kids wrote about vomit – of course, why not?  And my identical twins both wrote about bee pollen which I had no idea was actually useful until I talked to my team about it and they all agreed.  My only problem is that I’m afraid of bees so I don’t know how I’d go about getting their pollen . . .
Lastly, before I go, I wanted to give you an update on Sydney because I’ve received a few emails and comments about her.
You all are too sweet.
She’s hanging in there . . . she’s not eating as much, but still goes absolutely whack-a-doodle for a hotdog.  So we buy hotdogs in bulk now.  I apologize if you were trying to have a BBQ this weekend – we bought the last one-thousand bags.  She also loves going to the park and on car rides, too.
The only thing that scares me is that, occasionally, she will shiver or tremble.  It kills me!  I cover her with a blanket and that seems to help . . . but I just don’t know if she’s cold or in pain.  Old people are always cold, right?  I’m always cold and I’m old.  I mean, she’s 91 in dog years, headed towards 98.  We’re only a few years apart.  Is she just cold?  Or is it a sign that she is in pain?
Okay, well, enough of that.
I need to go blow my nose now.  And drink some hot tea.  And take a nap . . .
« Listening Center Stools
Fun Friday »