Thursday morning I was supposed to meet some friends at the pool.  We were going to have a repeat of last year, except we didn’t exactly book a cabana.  We were just going to wing it and call it a day.

I know, I didn’t believe it either so I had to go to the window of my hotel room and check for myself.  I often do this, much to the chagrin of my husband who says he’s not lying to me and that I can believe him.  I’d like to point out that I do, in fact, believe him, but I’m so incredulous that I can’t help but see for myself.  I just can’t help it.  It cannot be helped.

And sure enough, not only was it raining, but I had a view of two of the pools and no one was there.  NO ONE.  As in, the pool was CLOSED.

So after a lot of texting, we met outside the Public House which became our meeting place the whole week.  It was a landmark.  I could find it no matter where I was and I am extremely proud of myself for this because the Venetian is practically a city unto itself.  The danger of getting lost was always lurking.

We decided to go to I {HEART} Burgers for lunch and we planned to meet up with my bestie, Hadar, as well as Traci and Annie.

Except, we got lost.

So we stopped to take a picture.  We thought it might come in handy.  You know, in case the authorities needed to be called or we needed a LAST SEEN HERE picture.  But where were we?  Because I sure don’t know. 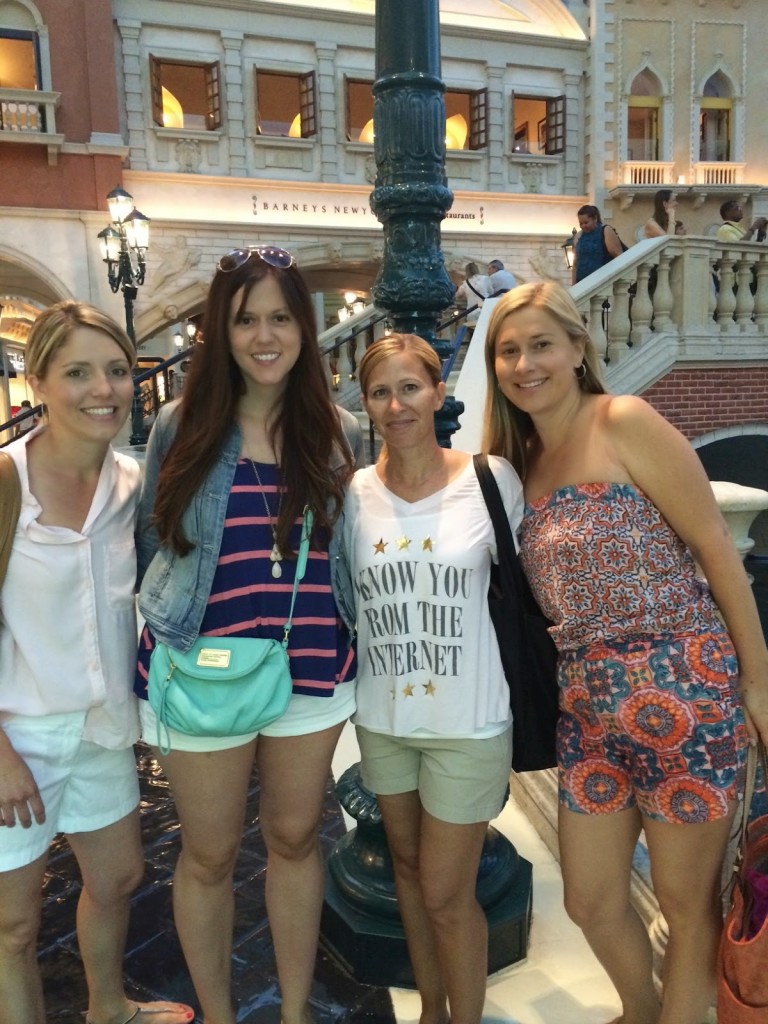 Kelley, Stephanie, me, and Christy
Please look at my T-shirt.
It says, “I Know You From The Internet.”
Feel free to leave a comment about hilarious it is.  Consider the circumstances and events surrounding my week in Vegas.  I bought an extra one and gave it away, but the winner said it wouldn’t fit her, so I let Mel D. give it away at her TpT presentation.  I’m telling you, this T-shirt is the gift that keeps on giving.
We finally found I {Heart} Burgers after an hour or two and then we had DEE-LICIOUS food.  The french fries were TO DIE FOR.
Next, I worked in the Freebielicious booth again and met some great people, including Terri from Kinder Kapers. 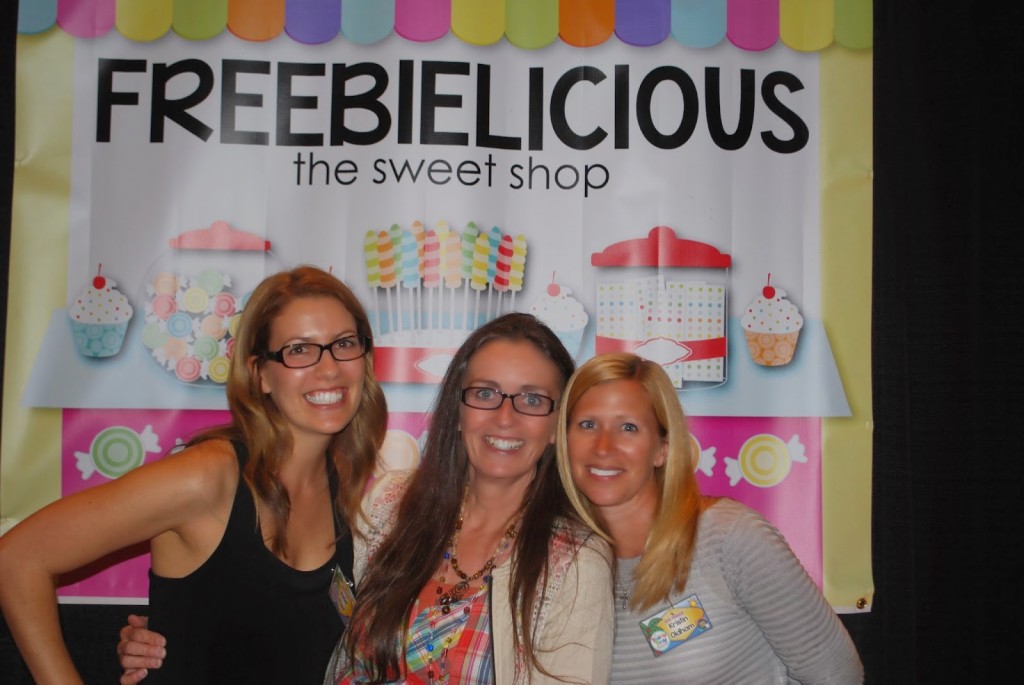 Hadar, Terri, me
Terri leaves great comments on my blog ALL THE TIME.  She is super supportive.  It was so neat to meet her in real life!
That night, Hadar and I went out with our boys.  We had a great time.  🙂  You should read Angela’s comment on yesterday’s post to see what she was up to when she saw us on our way out.
THE NEXT DAY WAS THE TpT CONFERENCE.
OH MY WORD.
I was not looking forward to waking up so early, but thank goodness I DID.
The keynote address was amazing.  I can’t explain it.  There were 800 something teachers in the room and Amy, Paul, and John (all from TpT) and Deanna Jump completely validated all of us and what we do, including our drive, intensity, passion, creativity, love, hard work, effort, and dreams for the future in our personal lives, as well as our professional lives.
I found myself wanting to cry and I was sitting there thinking, what is this emotion?  I don’t get emotional.  What in the world is wrong with me?
And then I looked around and there wasn’t a dry eye in the house so then I felt better because you know I’m always worried about ending up in the looney bin.  I also thought how amazing it was that God knew that I would be sitting in that room, that He knew the journey that I would take to end up sitting in that room, and how blessed I am because of all of it.
So I let myself cry a little.
And then I went to all of my TpT sessions and was further inspired and motivated and ready to act like a football player before the big game, yelling “YEAH!  LET’S DO THIS, PEOPLE!  LET’S GO!”  Except there wasn’t one of those big banners for me to run through which was a bit of a disappointment so I may send an email to Paul and Amy and see if we can get one for next year.
I attended Tammy and Christy‘s session first. 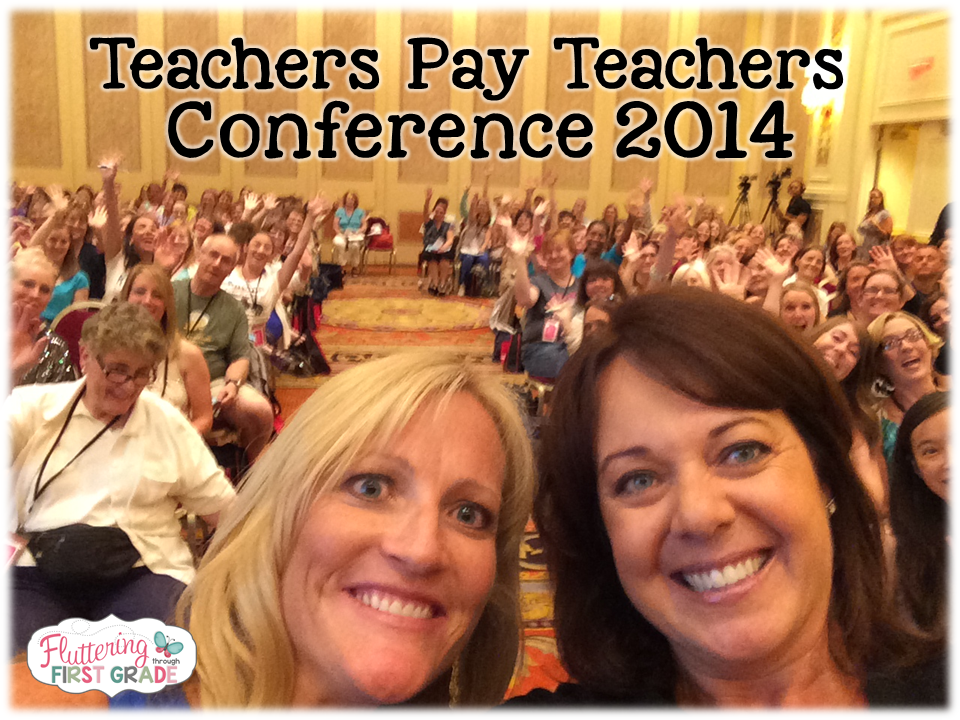 I borrowed this picture from their blog.  I figured it was okay
because 1) we’re friends and 2) it’s a selfie and I’m in it.
You may not be able to see me but I’m in there.
They were awesome.  LOVE them.  To death.
Then I went to the Blogging Panel.
The blogging panelists got to sit behind a table, much like the judges on American Idol, and they passed a microphone back and forth.  And there were five of them:  Greg, Elizabeth, Cara, Deedee, and Erica.  They were great.  It was super fun and free flowing because Amy from TpT walked around with a microphone.  It was much like Oprah in her studio audience.
I was ALL ABOUT THE PANEL.
The highlight for me was when Deedee shouted out my blog.  Actually, first, she said, “I see Teeny sitting right there” and then she said some other stuff, but I was in my head thinking, “Did she just say Teeny?”
By the way, it’s a little weird that being called Teeny seems normal now . . .
So I was all up in my head thinking I couldn’t believe that Deedee just said something nice about my blog, and then I heard Cara say something about it, and then the next thing I knew, Hadar was elbowing me and telling me to stand up because apparently they told me to.
So I did.
I generally do what I am told. 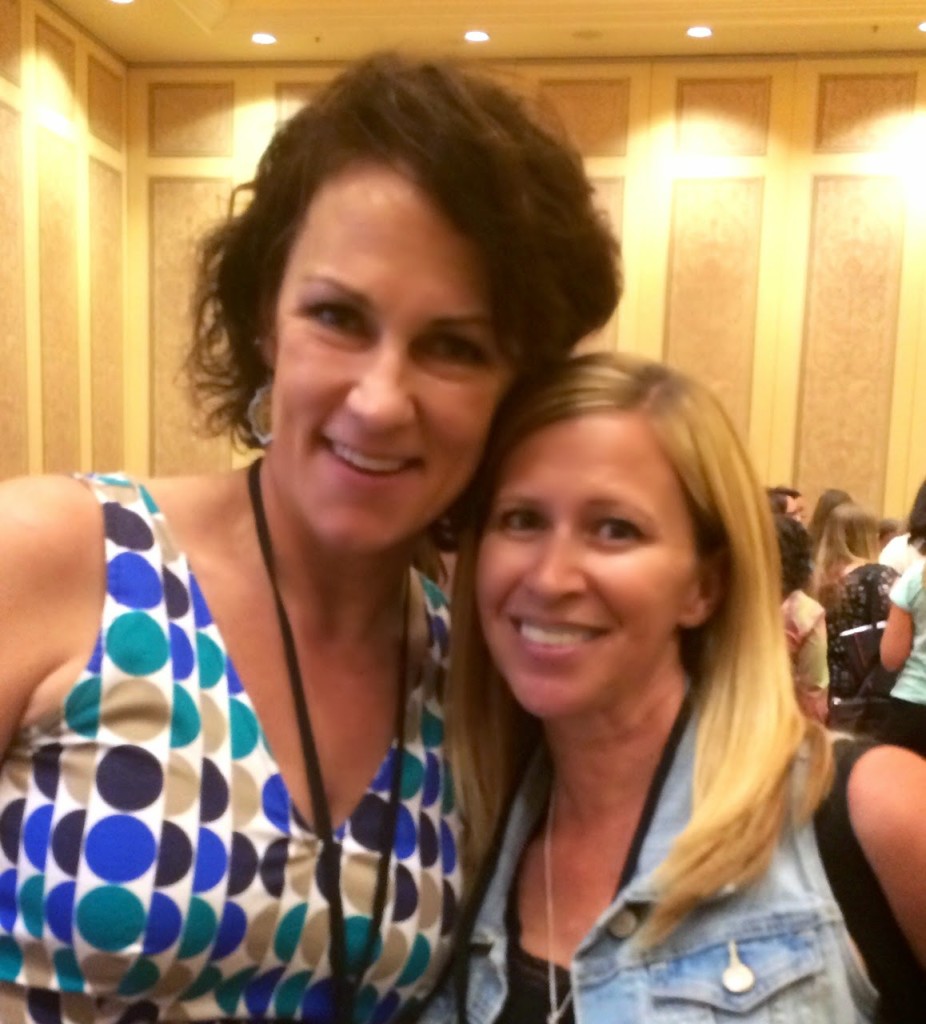 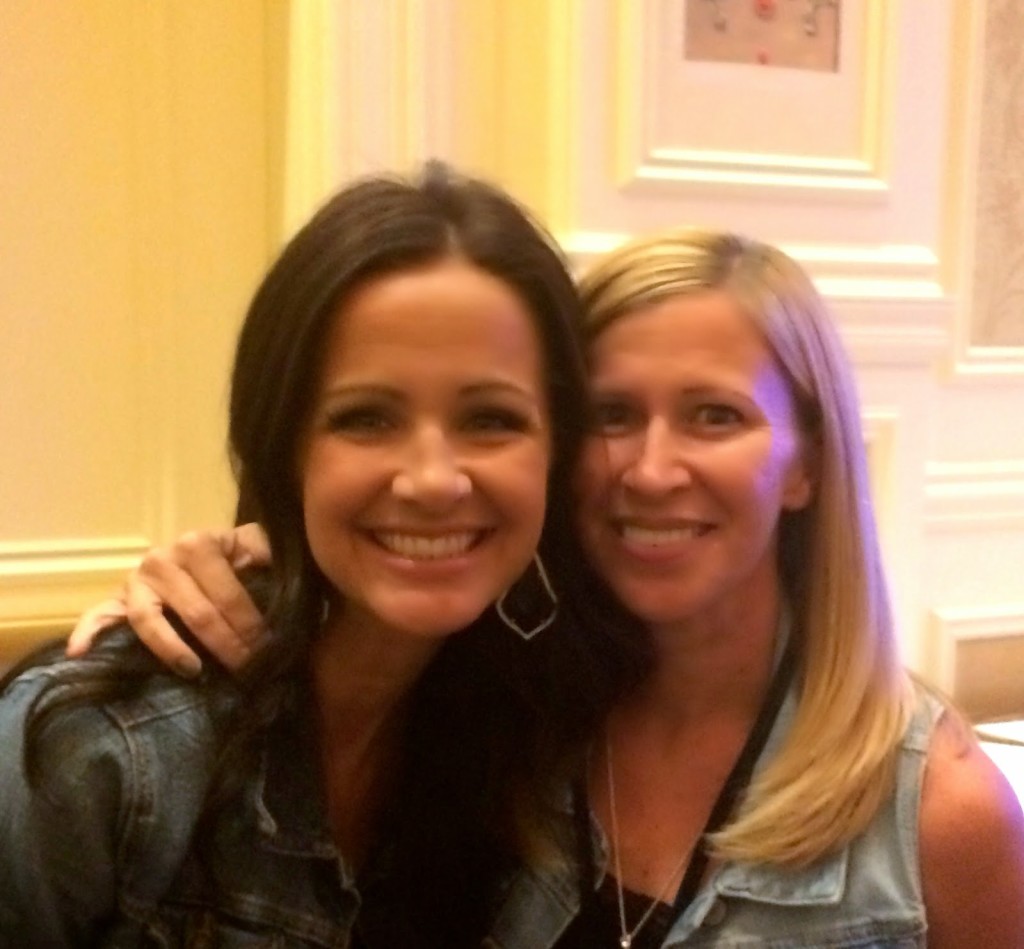 Cara and me
You know how on yesterday’s post, I talked about how I hugged Cara’s face, rather than her person?
Well, is it just me, or does it look like I am hugging her hair this time?
I am actually afraid that I am hurting her . . .
And I also look like I might eat her . . .
Oh boy . . .
Okay.
That’s all for today.
We’re halfway through the conference and almost to Happy Hour.
I will write Part 3 tomorrow.
Until then . . .
I will be watching Big Brother and hoping the House votes out Devon.
At the end of the day, he has GOT to go!
Just saying.
😉
« Vegas Part 1
Vegas Part 3 »