And while I’m sad about that, I am so happy that I am at my mom’s for the week.  Kerry and my niece, Madison, are here from Texas, and I’ve been enjoying lots of good food, girl time, relaxation, and food.  😉 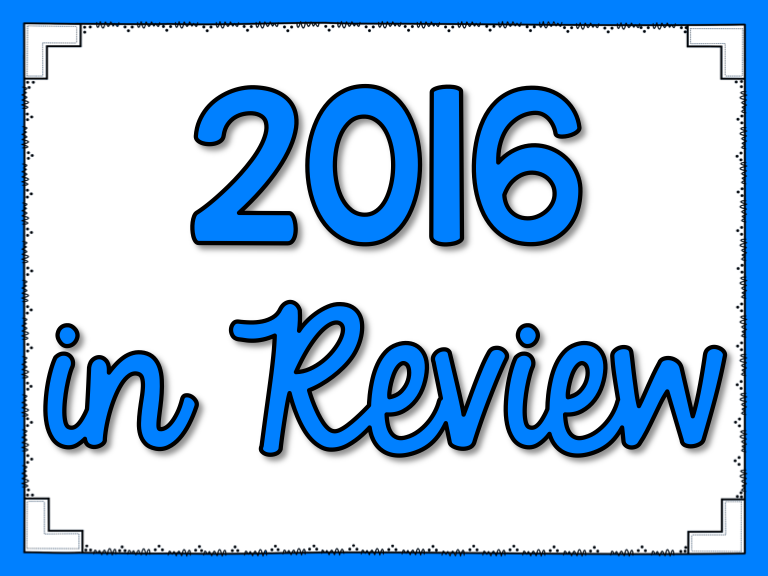 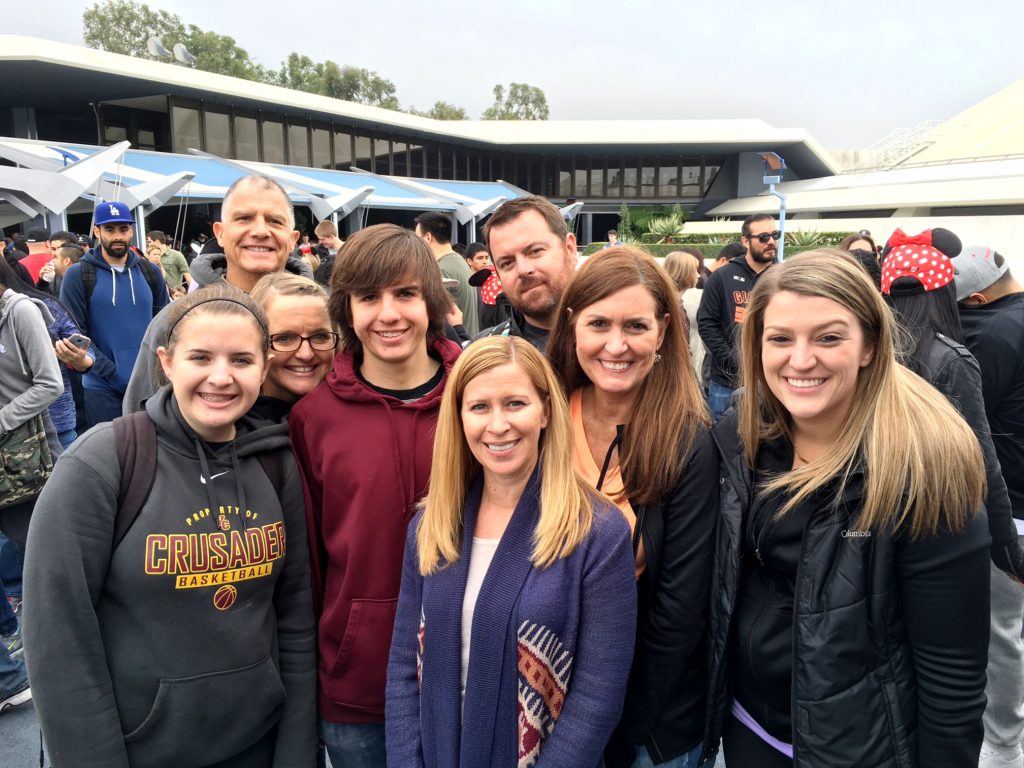 We went to Disneyland with Steve’s family one last time before our passes ran out.  We were with his cousins, two aunts, and an uncle.  And, apparently, Steve was growing a beard here.  My mountain man!

We had a GREAT time and stayed all day.  His family was of the mind that we should split up and do the whole single rider thing, and I was like what in the world?  Don’t you know you’re supposed to ride next to the people you know so that you can laugh and laugh and then talk about it when you get off the ride?

I mean, that’s what my family does.

So once they started that whole thing, I just said I’m going to go get a churro and sit on this bench and wait for you guys which was code for I don’t like to ride next to strangers because what if I accidentally reach out to hold their hand because I’m scared and/or I call them Steve and/or I cry?

Then his whole family got all concerned and wanted to know what was wrong and I finally just blurted out something along the lines of I am here with seven other people, why would I get in the single rider line, that’s really just a big ole lie? and then they stopped that whole single rider nonsense. 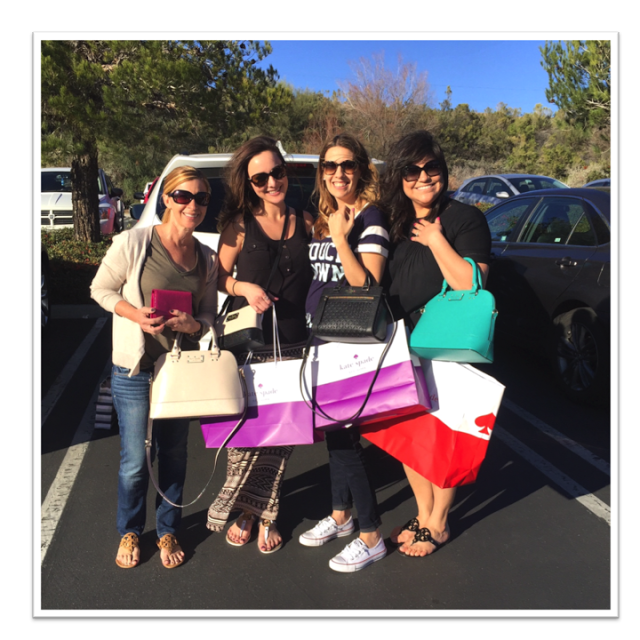 I went on a girls trip to Palm Springs with Lauren, Aris, and Hadar.  We ate, talked, slumber partied, ate, talked, and shopped at the outlets!  We had a blast!!  I enjoyed every single minute of it.

And if I could go back in time and buy that purse, I would.

BECAUSE WHAT WAS I THINKING?

I bought the pink wallet which I still have and love, but I NEED THE PURSE.

Steve said for me to just treat myself and get a full priced one from Nordstrom, and I told him that was not at all the point, and what kind of person did he think I was?  A single rider at Disneyland type of person?  Because I’m not. 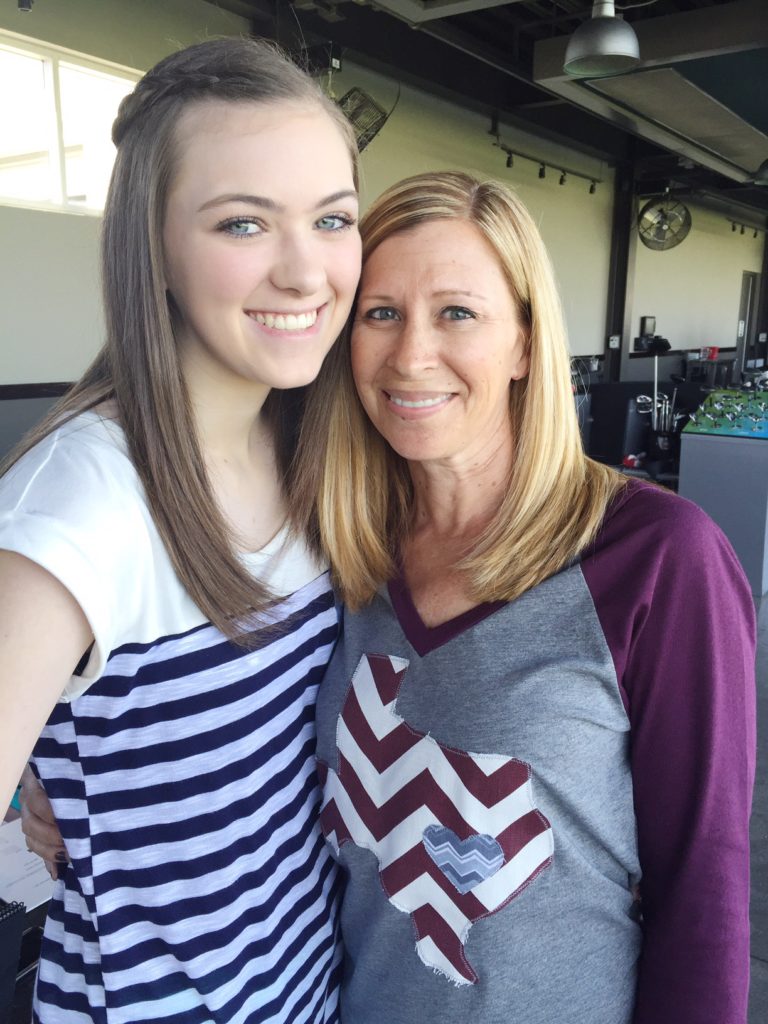 In March, I snuck away to Texas for a long weekend to visit Kerry and her family!  Madison was trying out (when she was still in 8th grade) for the freshmen high school cheer team.  It was so stressful!!!  Kerry and Madison were a wreck!  Ha!  But Madison made the team so that was super exciting!

We ate out a lot and just enjoyed each other’s company.  We also went to Top Golf, although my brother in law and nephews were the only ones to golf.  Kerry, Madison, and I took a million selfies and ate yummy, fried food.

Another day, while the kids were still in school, Kerry and I went to McKinney and tried to find out where Shay lives.

Because we’re crazy.  We were also trying to keep our minds off of the cheer tryouts.

But any way you look at it, we were acting like stalkers.

Stalking is a lot of fun and I highly recommend it.

I got my shirt from a little boutique in downtown McKinney.  Isn’t it the best? 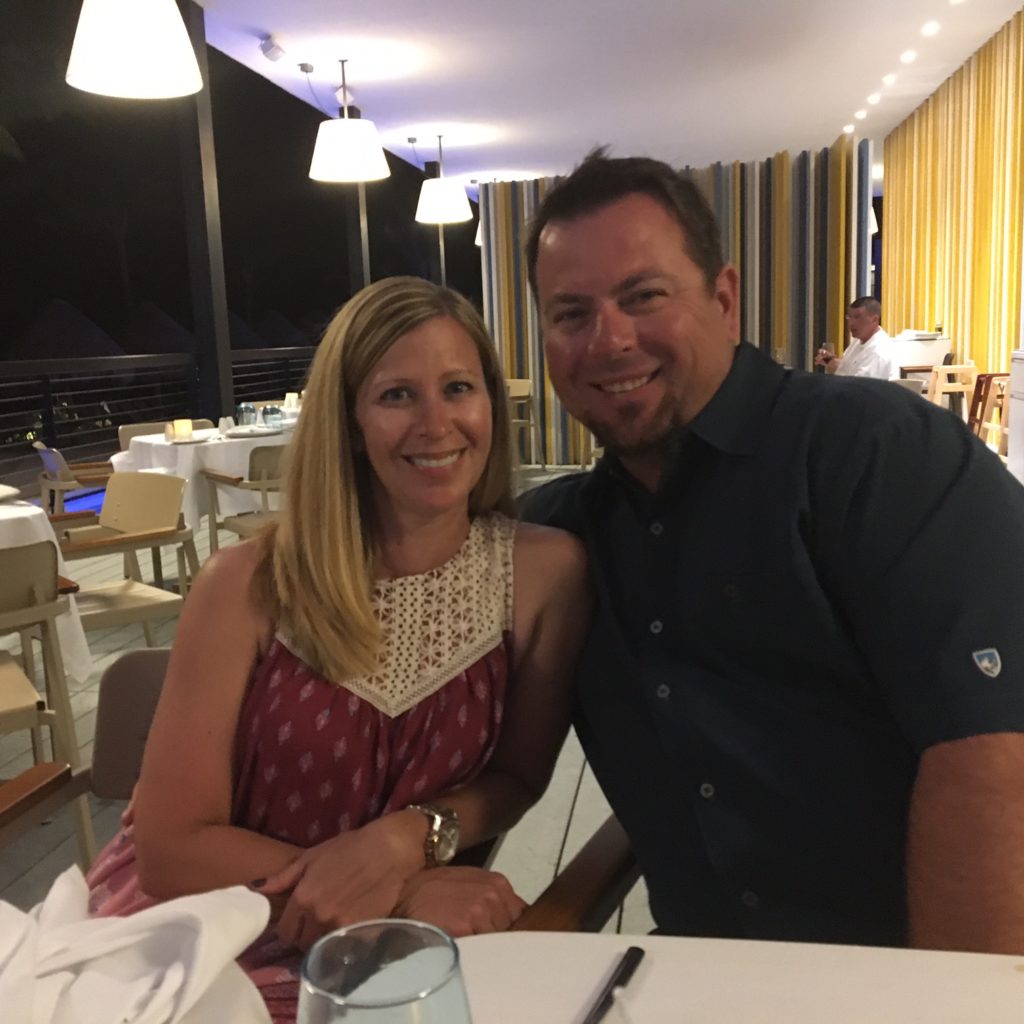 Steve and I are dying laughing in this picture because of something our friend was saying.  I LOVE IT.  I don’t remember what our friend said, but we cracked up.

Steve and I traveled to Cancun, Mexico with friends for Spring Break!  It was SO MUCH FUN!  I loved the resort where we were staying (even though it was not adults only – :)) and we had such a nice break.  Food, pool, sleep, reading, laughing, friends, etc, etc, etc.

It was an all inclusive resort which is the way to go.  The biggest decisions we had to make were where to eat and whether to nap before or after lunch (or both).

BIG DECISIONS, let me tell you!

It was the perfect week!! 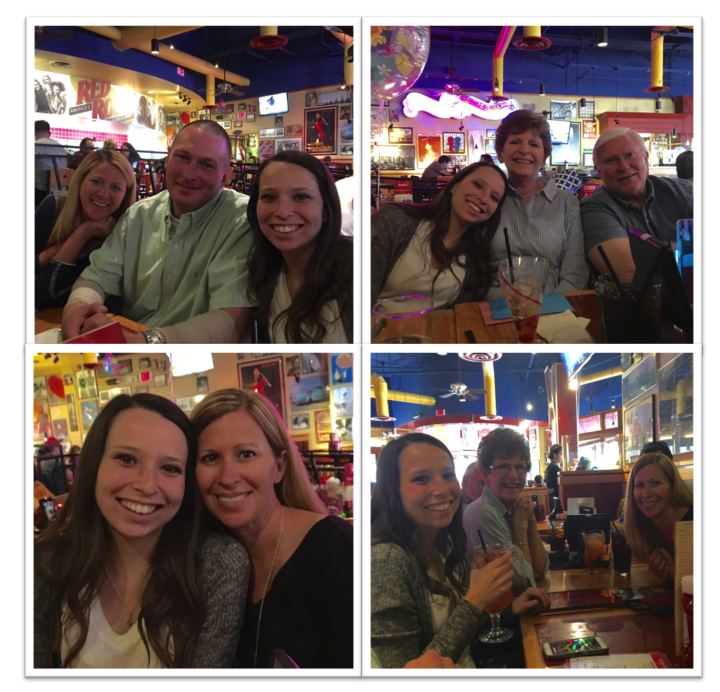 At the end of the month, my oldest niece, Ashley, turned 21.

I still can’t believe that she is 21.

I swear, I was just holding her when she was a baby in the hospital and I was asking everyone around me if she was supposed to look like that.

Because she was very slimy.

And yes, turns out she was supposed to look like that. 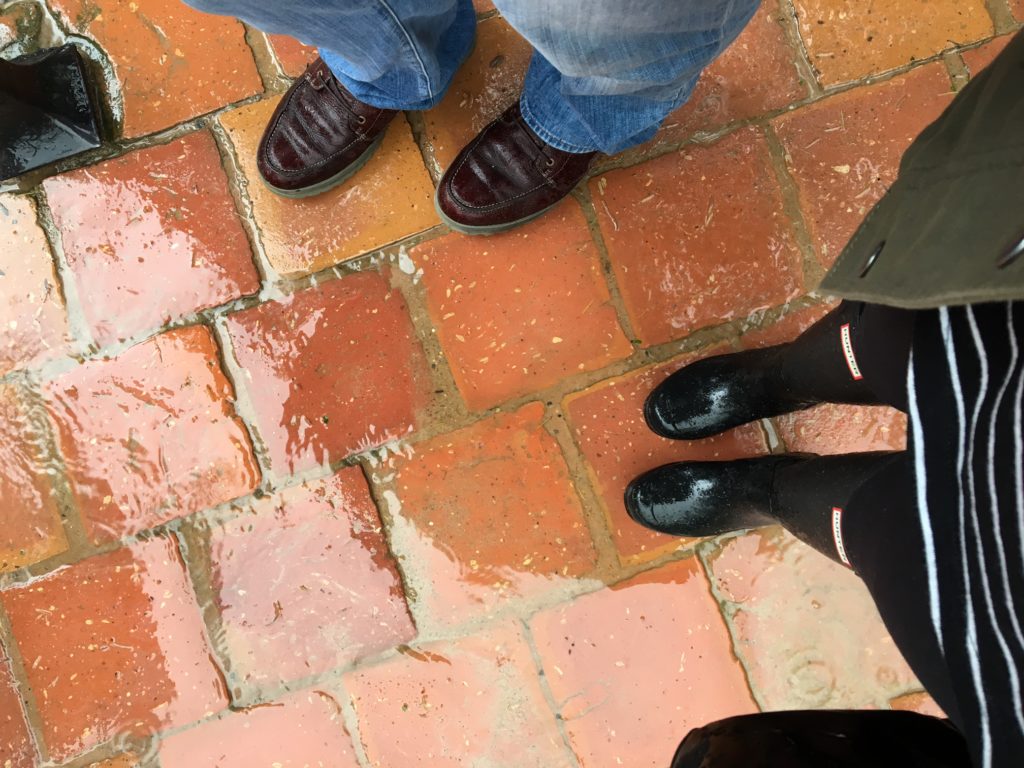 Steve and I flew to Washington D.C. and spent a couple of days sight seeing (which is not enough time AT ALL for D.C.) and then drove to Virginia Beach for a 50th wedding anniversary in his family.

The picture above was taken at Mount Vernon where we were trying to take a tour in the pouring down rain.  Mount Vernon is mainly an outside tour.  So yeah.

All I know is that my Pinterest outfit was on point.  😉

We had a great trip and I fell in love with Duck Donuts! 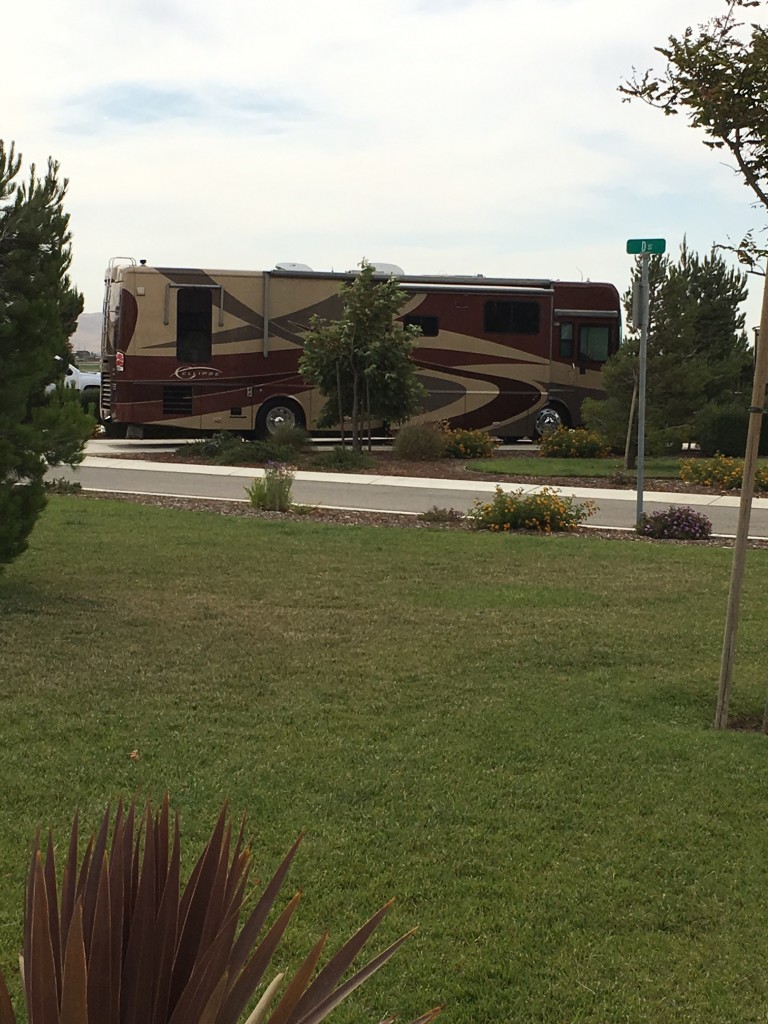 Steve and I kicked off the summer with an RV trip to Napa and Murphie came along, too!  It was an ADVENTURE!!  You can read about it {HERE}.  It was definitely an experience and something I would try again.

We did a little wine tasting and a lot of driving.  Well, Steve did the driving and I did a lot of reading.  🙂 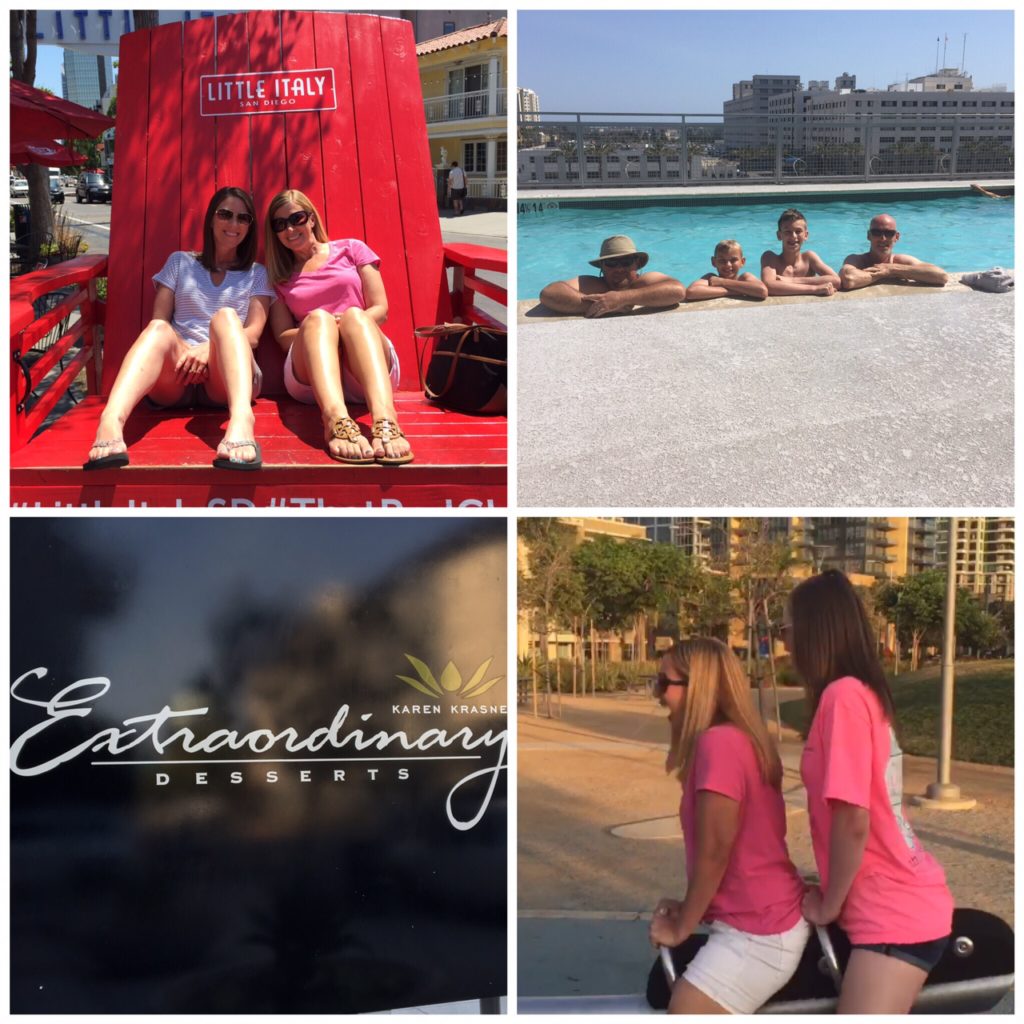 Then Steve and I went to San Diego with my parents and Kerry’s whole family for a little getaway.  We had a blast!!  Riding on a double seesaw was one of the highlights.  I laughed until I cried.

If you ever have a chance to ride on a double seesaw (or a quadruple seesaw because it’s two people on one side and two people on the other side), you should do it.  No matter what is bugging you, it won’t matter after you ride that thing.  My mom and nephew, Caden, were on the other side of the seesaw and we were all losing it.  Tears of laughter!  We were a spectacle, let me tell you.

We ate great food, enjoyed some pool time, and I even had some young guy try to pick me up while we were there. 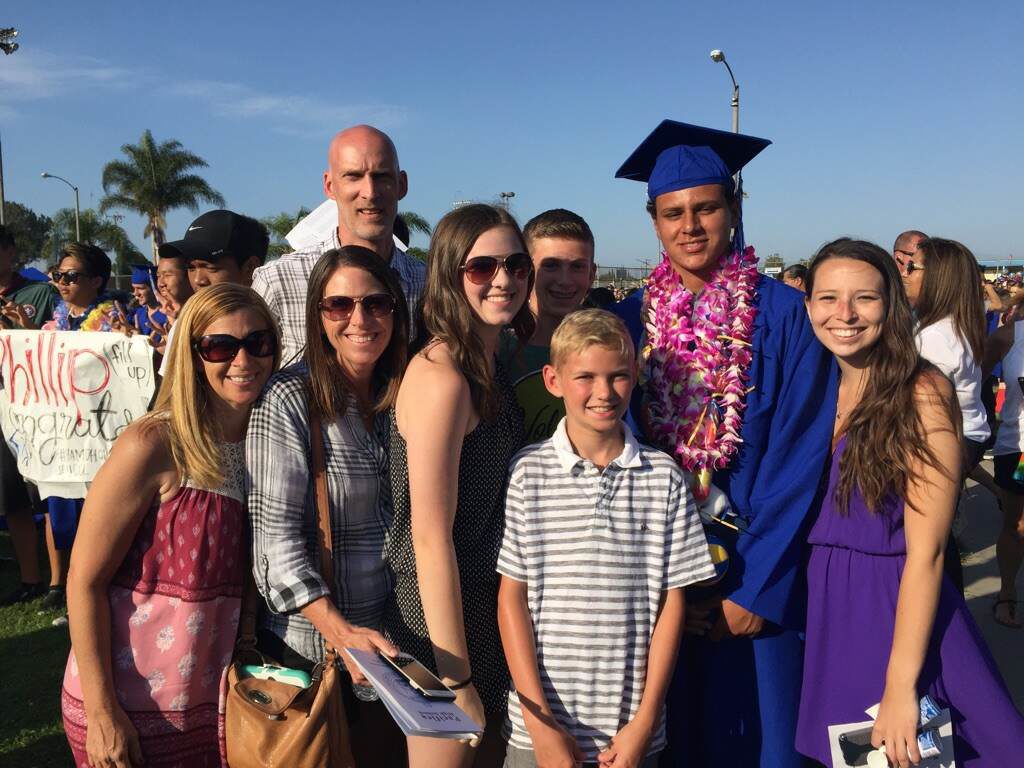 We ended June with my oldest nephew, Jake, graduating from high school.  It was also THE HOTTEST DAY IN ALL THE LAND.

But we all survived. 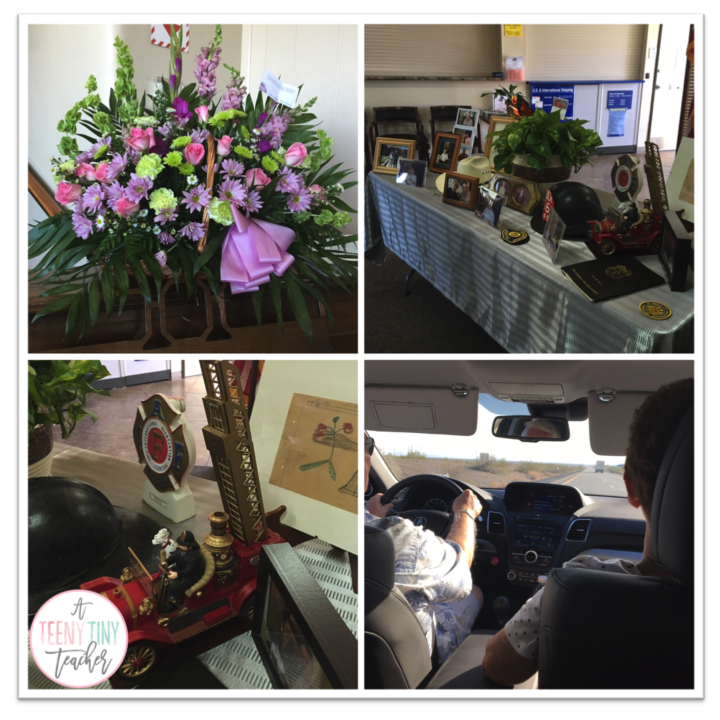 At the beginning of July, I drove to Arizona with my parents for my grandpa’s funeral.  My grandpa was 95, just shy of 96 years old, so he lived a very long life.  But it was sad for my grandma.  🙁

With all of that being said, it was also kind of neat to be on a little road trip with just my parents.  I really enjoyed their company! 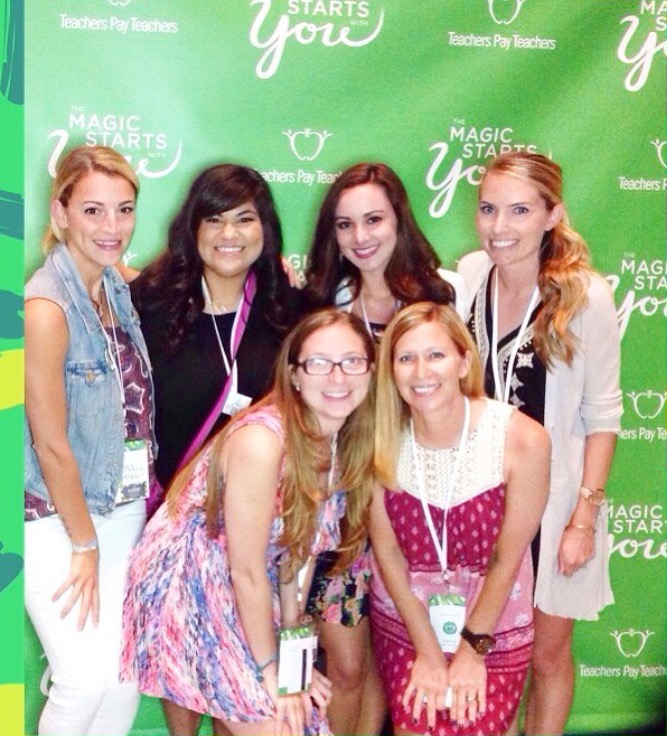 In mid July, I went to the TpT Conference in Orlando.  It was so much fun!  I went with a great group of girls and we really bonded.  We had a slumber party on the last night which was my absolute most favorite part of the trip!

I also got to lead a networking session for blogging tips during one of the lunch hours.  It accidentally turned into more of a presentation, and I also accidentally asked the wife of Paul (the CEO of TpT) to move.

Oh, and this is also the third picture in which I’m wearing that dress.

I bought that dress from Target the year before and wore it only one time.  And I was super afraid people were going to think I was pregnant the one time I wore it.

But let me tell you.

So that’s why I wore it that many times. 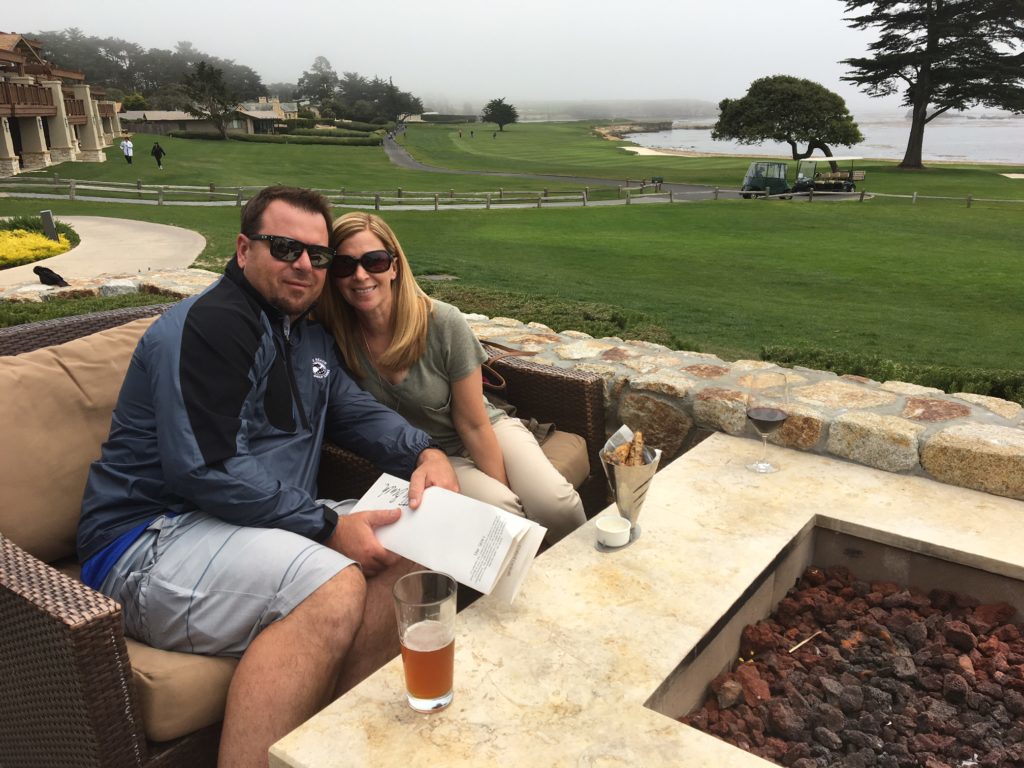 For our 19th wedding anniversary, Steve and I drove back up to Napa in a car, not an RV.  We stayed in Healdsburg and had THE BEST TIME.

I’m ready to move to Healdsburg.

It’s the perfect small town, with an actual town square, and it is filled with wineries.

It was a really nice way to end the summer before school started. 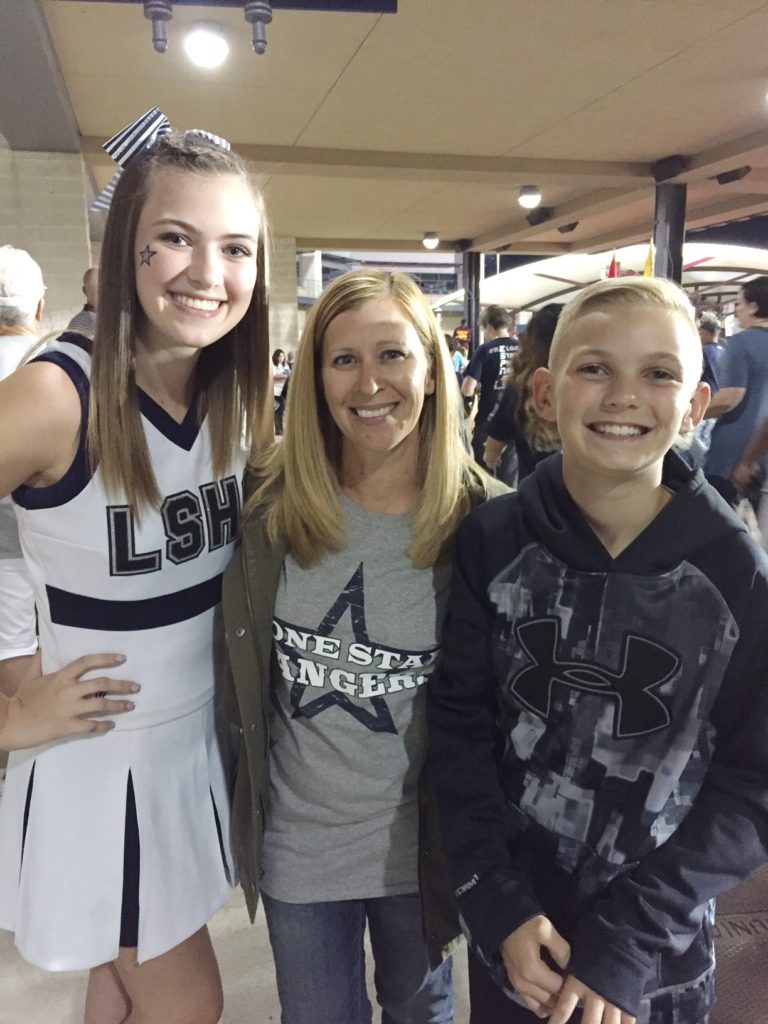 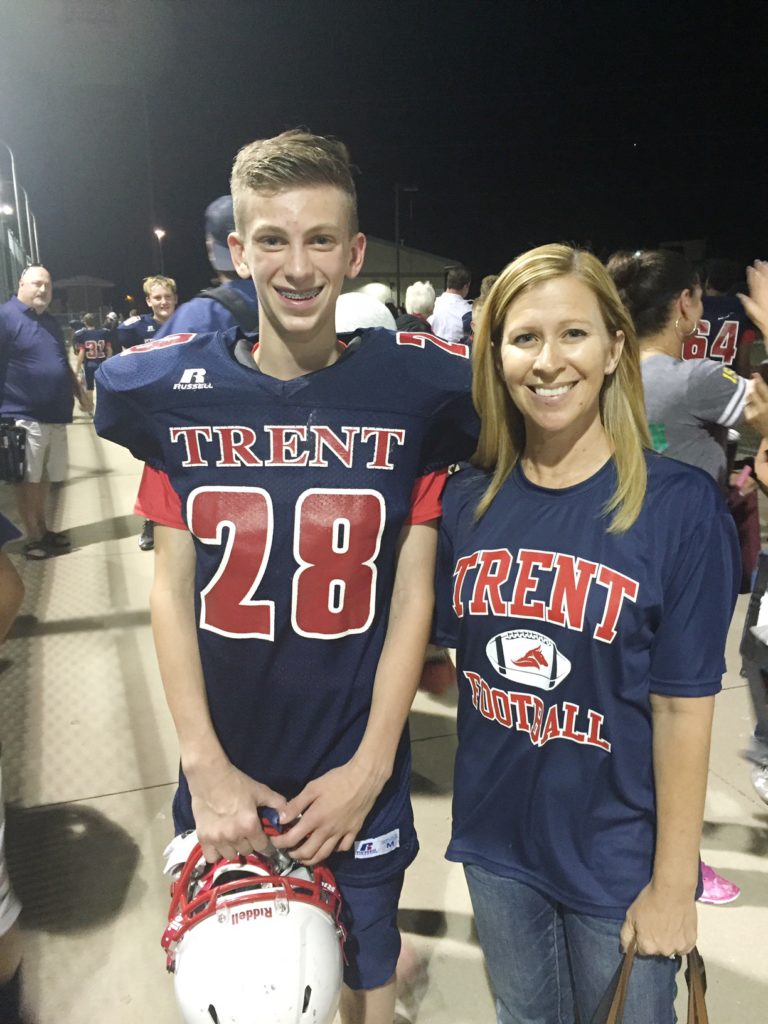 In September, I went back to Texas for another long weekend.

I’m all about Texas.

Mainly because Kerry and her family lives there, but I also just really like Texas.

I got to see my nephew, Collin, play football, and then I saw my niece cheer at the Homecoming game (and she was Homecoming Princess for the freshmen class!!!!).  Caden, the youngest, took some time off from sports so I just watched him be a normal kid.  🙂  He also kept trying to see if he is taller than me.

Kerry and I did not do any stalking this time, but we ate a lot, per usual.

I love going to Texas and being with my family! 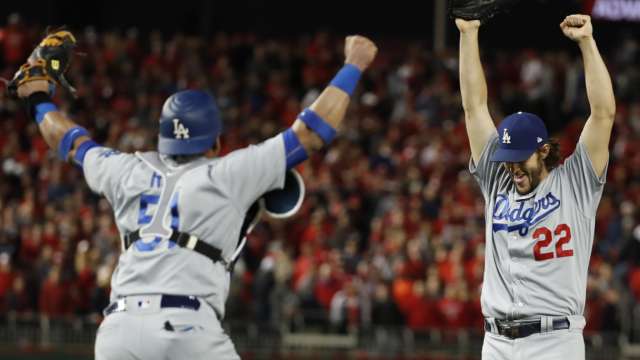 I didn’t travel anywhere in October.

I was getting tired.

But I did watch the Dodgers A LOT.

We were this.close to making it to the World Series, but it wasn’t meant to be. 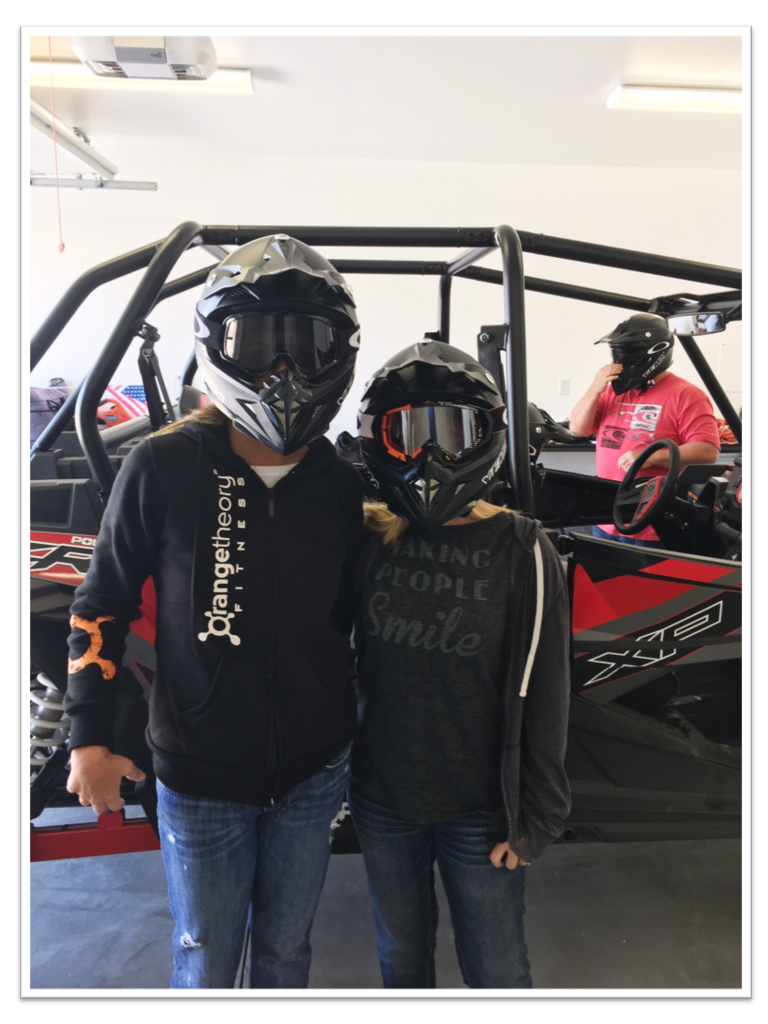 For Thanksgiving, Steve and I went to Lake Havasu with friends.  I was adventurous and went on that scary machine in the picture.  I call anything adventurous if you need to wear a helmet that makes you look like a Storm Trooper.

The rest of the time, I was in my pajamas and eating.

It was a really good way to spend Thanksgiving. 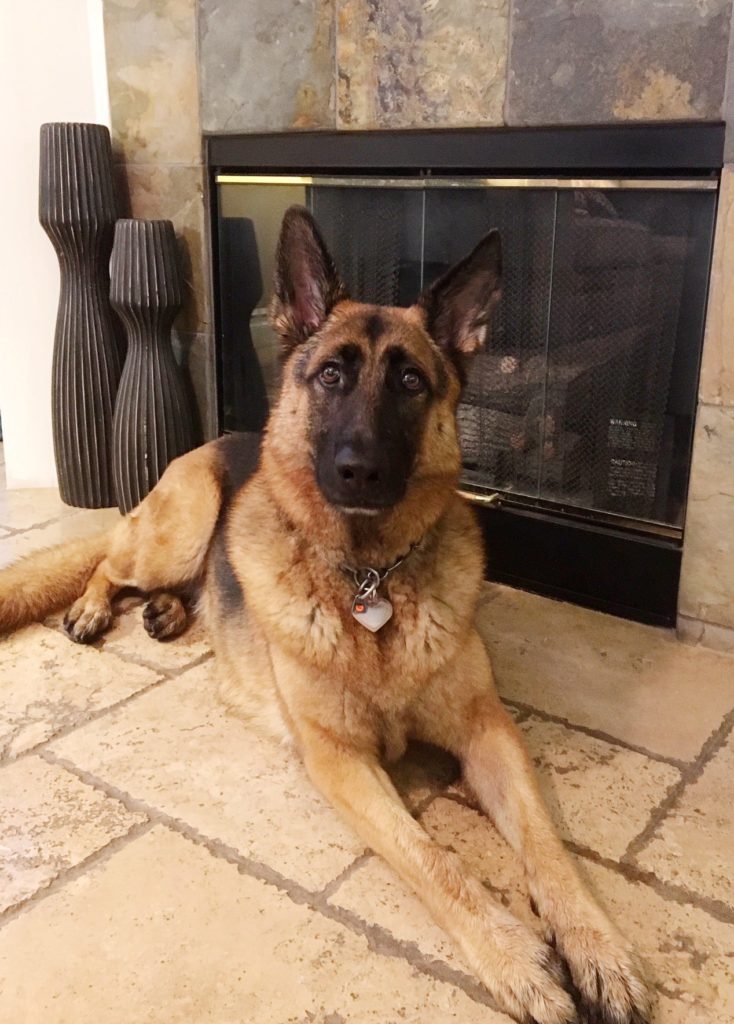 Remember when I first brought her home?

I could have shared a million pictures of Murphie with you under each monthly header in this post . . . but I thought you would think I’m a weirdo.

Or more of a weirdo than you already do.

Just suffice it to say that Murphie is a HUGE part of my world and makes me smile every single day.  She is THE BEST DOG EVER AND I DON’T KNOW WHAT I WOULD DO WITHOUT HER. 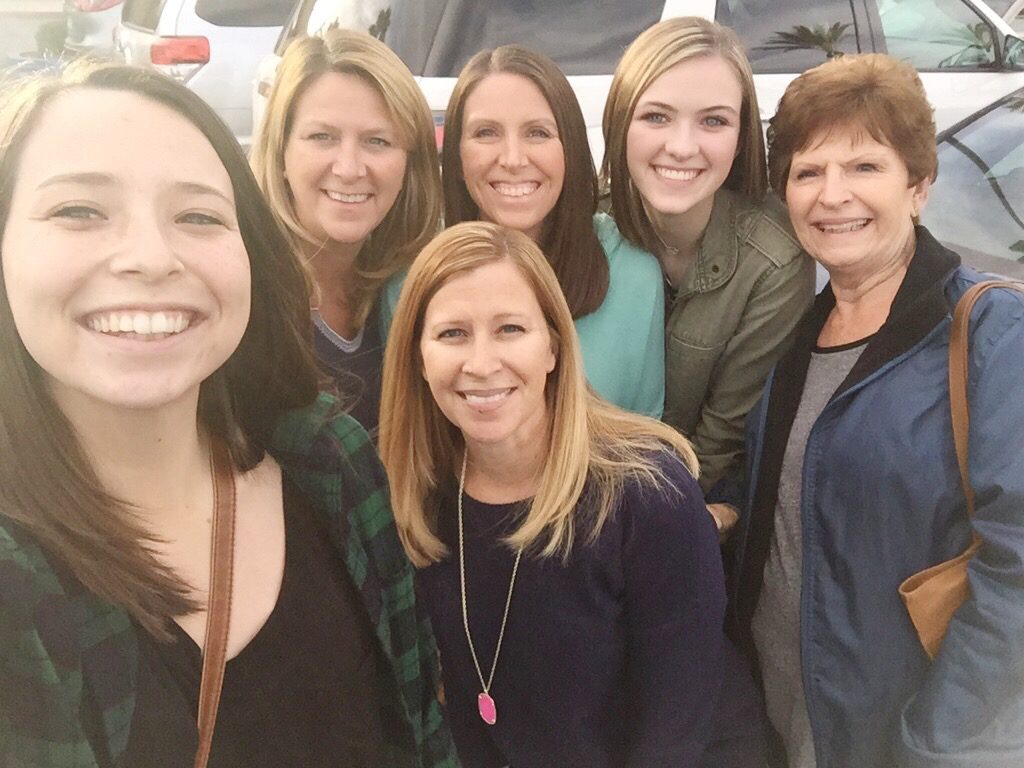 After looking back at my year, I think I know why I spent almost the entirety of last week watching Gilmore Girls.  It was a crazy, busy year!  But lots of time spent with family and friends which is what makes me the happiest!

I’m looking forward to a quiet weekend and one more week of Christmas break (we get three whole weeks) before starting the new year (in an official capacity).

It was a great year!

Thank you for letting me share it with you!