I’m not going to say that time is going by too fast and that Christmas will be here before we know it.  Nope.  I won’t say it. 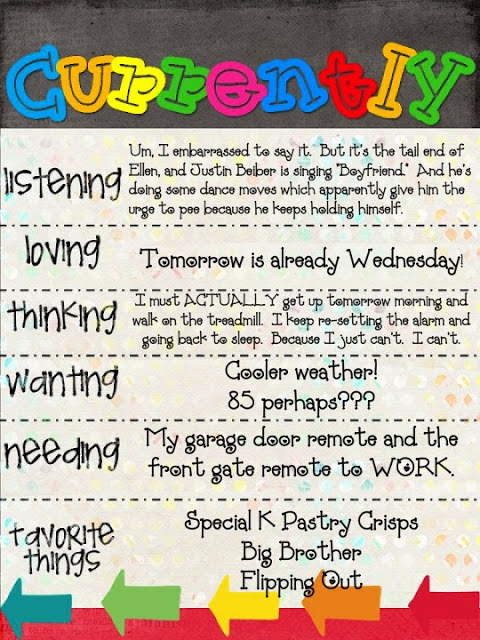 First, let me say that I’m almost never home to watch Ellen.  But this year, I have been getting home between 4:30 and 5:00.  And the only thing I can attribute it to is the fact that our first and second grade teams are not eating lunch in the lounge anymore.
I found that out the hard way when I sat by myself in the lounge for three days in a row.  Well, crickets were there, but no one else.
And there were no discussions about the Bachelor Pad or that crazy kid on campus or even Happy Hour.
So . . . after some research and spying, I found out everyone is working during their lunch hour and going home earlier.  So I’m on that bandwagon (because I follow and never lead) and it’s actually working.  I’m getting home earlier.  We still hold Fridays sacred.  We GO OUT on Fridays.  Because we’re lucky and we get a 45 minute duty free lunch.  But no specials.  So it’s fair.
2.  I have been so lazy in the morning that I can’t get up and get on the treadmill.  I just can’t.  My body won’t let me.  However, tomorrow, I’m getting up.  It’s time.  I have to.  It’s for my heart.  And I promised myself I could watch the New York Housewives while I walk.  Or, I can’t watch at all.  I’m really strict with myself.  Hate it.
3.  The weather is self explanatory.  It was 93 at last recess today which meant no recess because if you didn’t already know this, OUR blacktop is 10 degrees hotter than anywhere else.  So no recess.
4.  I have the remotes to the front gate of our neighborhood, (oh, yes, fancy-fancy, but don’t let it fool you because it’s just a big ole pain in my big ole behind) and our garage programmed into my car visor.  And suddenly, today, they stopped working.  So I couldn’t get into the neighborhood today . . . I actually had to punch in the code.
People, I live in this neighborhood.  I don’t know the code.  So first I had to back up, re-adjust, and position my car next to the telephone thingamajig.  And then I had to get out of the car because my cell phone was in the back of my car (safety first, girls!), and that’s where I have the code.  It’s in my phone as a Contact.  “Gate Code”.  Gate is the first name and Code is the last.  I’m tho thmart.
And then I hadn’t actually positioned my car very well so I had to walk over to the thingamajig and punch in the code.  Would you have been exasperated?
I wasn’t.  I was singing “Somewhere Over the Rainbow.”  And I may have been skipping to and fro.
Meanwhile, a car was behind me . . . with someone sitting in their air conditioned cocoon, WAITING FOR ME to let them in.
Shoulder shrug.  Skip to my lou.
I finally got into our neighborhood and then I couldn’t open our garage.
La, la, la, la, la, la.
Oh no.
No house key.
Nope.  I did have one made this summer and I’ve since misplaced it.  I think it’s in the driver’s seat of my car, but I can’t be sure because I’m always sitting in the driver’s seat.  Obviously.  It’s my car.
Clearly, I made it into the house one way or another because here I am typing, but you don’t want to know that I crawled through the disgusting, dirty doggy door shooing Sydney out of the way who was so happy to see me that she kept trying to come out while I was going in.  (That was one whole sentence which is exactly how I talk when I am having a conversation.)
Hubs has some explaining to do when he gets home.
La la.
6.  Favorite things!!!
Kellogg’s Pastry Crisps 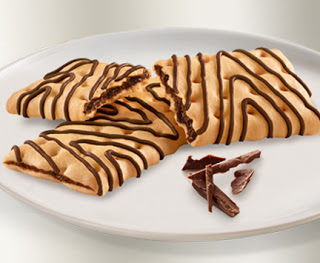 Chocolate, if you couldn’t tell.
(source) 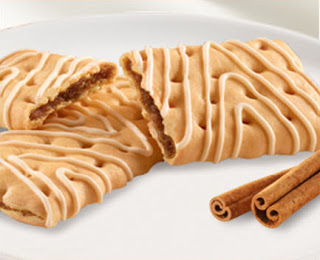 Brown Sugar Cinnamon
(source)
People, these are like Pop Tarts for grown ups.  I am IN LOVE.  They have blueberry and strawberry, too, but that doesn’t do it for me.  You don’t toast them.  Just eat.  Two come in each little pack and the whole thing is only 90 calories.  So I tend to eat three or four packs.
I love love love Big Brother.  I’m sad it’s getting close to the end.
I love Flipping Out and the season premiere is tonight.  Jeff cracks me up.  And he has two consonants in his name which I appreciate. I am excited to see the gang.  Zoila.  Jenny.  Gage.  I’ve missed them.
Maybe they could eat in the teacher’s lounge with me . . .
Your turn — link up with Farley!
« Sight Word Fluency Pack Winners! (and a lil story)
Raise Your Hand if You Have a Question, I Said. »