I just got my hair “did” (why do people say that?).  I have been going to the same girl, Faye, for years.  Love her.  She is from Indonesia and is hilarious.  Because of her, I have become a product snob.  I admit it.  I spend way too much money on hair products.  I can’t help it.  It’s not my fault.  She started it.
I was using Schwartzkopf stuff.  Yes, that’s how you spell it.  Faye totally turned me onto it.  It’s expensive.  But I love it.  And it’s worth it.  When Kerry visits me and asks if she can “borrow” my shampoo, I say NO.  🙂  And then I tell her I think the hubby has some Head and Shoulders under the sink.
Recently, Faye started selling some very expensive shampoo and conditioner.  It’s called Unite.  This wouldn’t matter one bit to me.  Except that she said this:  “Right now, you’re washing your hair with a BUICK and the Unite stuff is like washing your hair with a MERCEDES.”
A BUICK?  A BU—ICK?  My Schwartzkopf stuff is a BUUUU—IIIIIIICK?
FAYE MADE ME BUY THE BUICK IN THE FIRST PLACE!
So I yelled said all that.  The last three times that I’ve visited her.  I will not bow to peer pressure.  I have also reminded her that I am a poor, lowly teacher and besides the Buick I’m washing my hair with, I’m driving my Nissan for the 9th year IN-A-ROW.
But today.
Oh, today.
My tutoring money was burning a hole in my pocket.  And I did it.  I bought the Unite stuff.  The big bottles.  FOR A LOT OF MONEY. So much money that she gave me a spray to use for right before you blow dry your hair, FOR FREE.  Yes.  That’s how much I spent.
I am now washing my hair with a Mercedes.
The silver lining??  Faye said that Kim Kardashian uses this stuff.  (I promise that was said AFTER I’d made my purchase and not before.)  Well.  I’ll be.  Kim Kardashian.  A reality TV celebrity.  I guess my only worry now is if using this product will make my butt even bigger . . .
On a completely different topic, our school is currently being considered for a High Honor.  I have no idea if I can talk about it so use your imagination.
My principal has pretty much cancelled all staff meetings until we’re visited by the High Honor People.  Without saying so, we are to use that extra time to get our rooms in tip top shape.  Really.  WITHOUT SAYING SO.  But we sure felt like we got the message.
The High Honor people are coming mid-March.  What to do?  What to do?  It won’t officially be spring yet.  Do we keep it looking like a winter wonderland?
No.  Too easy.
Our team decided to strip the walls and bring in the spring.  I haven’t started yet and I need to get busy.  So before I change my boards, I thought I’d share them with you. 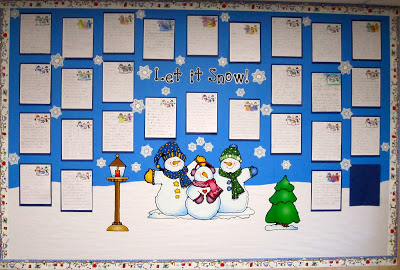 We wrote about the activities we would do if it snowed where we live. 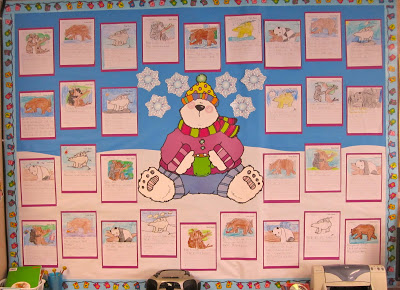 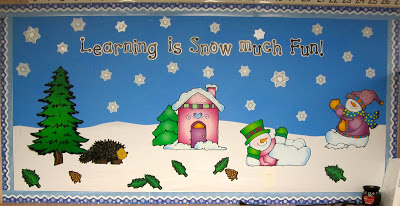 This is that small board above our cubbies that isn’t big enough for 29-32 pieces of student work.  So it’s just for looks.  I know.  Terrible.
I should have another picture for you, but I kept forgetting to take it.  It’s my Sick Kid Art Projects with our writing.  The title of that board said “Ah . . . Ah . . . Ah-choo!” and turned out really cute.  Please use your imagination.
So I’ve got a big week ahead of me while I try to change all those boards.  Man.  And just for clarification, I don’t have Open House until the end of May.  So I will be changing my boards AGAIN.  Do you change your boards this much?
I’d like to leave you with a freebie.  But I don’t know what that would be.  I don’t have one.  And it occurred to me that some of you might want a spring poem or a St. Patrick’s poem so I need to get busy.  But I don’t have a freebie.  🙁   I just have a hair story and that’s all.
I would like to know about your bulletin boards, though.  And maybe your hair products.   Because I like to be in the know.  (as well as not be alone in my dilemmas)
« Talk About It Tuesday
THE MOLE »