I had an adventure today.

I made my hubby go up into our attic and I held the ladder and told him to be careful.

We’re risk takers, the two of us.

Anywho, after I wrote this post and said this: 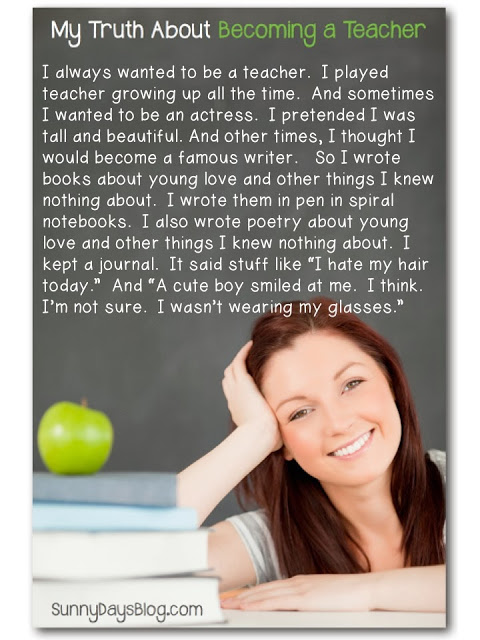 I couldn’t stop thinking about those journals and notebooks and poetry that I had written.  I even brought it up at a dinner that I went to with some other bloggers (I’ll tell you all about that later) so I knew I was officially obsessed with finding my old journals.
I found some.  Not all.
It would have been easier if I had been in the attic looking, but the hubby said I had to stay on the ladder and not step into the attic due to the fact that there is no floor, just rafters, and I wouldn’t be able to reach all of the boxes for a nice good lengthy search.
Well, lah-di-dah, Mr. Five Foot Nine.
I think he was trying to get a sneak peek at my personal teenage angst before he knew me at the ripe ole age of 18.
I read through some of them and I have a couple of thoughts.
1.  I don’t like my printing.
2.  I don’t like my choice of writing utensils, especially when I used pencil because I can barely make out what I said.
3.  I don’t like my choice of Mead notebooks.
Here is a look into one entry.  I was 18.
Don’t worry.  I have some fun excerpts from when I was 13 to show you, too.  I’ll unveil them slowly.  Maybe post one a week or something.  A little like Talk About It Tuesday except not really.
What would be a catchy title?
Anyone? 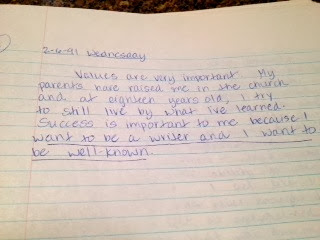 In case you don’t want to squint, the last two lines, which I underlined for emphasis say:
“I want to be a writer and I want to be well-known.”
Well.
Look at me.
Just as humble as all get out, don’t ya know.
So.
If I were to post an entry once a week or so, what could we call it? Anyone have an idea?
« Five for Fraturday
Fashion and Winter Tree Pics »