Today is a furlough day!  🙂  And tomorrow is Veteran’s Day!  So I’m beginning a four day weekend.  The possibilities are endless.  HOORAY!  Now I don’t feel so jealous about all of you who got a Fall Break.  I’ll call this my Fall Break.  (and we will ignore the pay cut that I took for this furlough day, along with eight other days.  I barely even feel it.  It’s like a bad sunburn.  Or a broken arm.  You pick.)

Believe it or not, I’m still getting to centers twice a week.  This is HUGE.  My kids LIVE for Wednesdays and Thursdays and were quick to point out that we wouldn’t be at school on Thursday this week so what in the world would we do???  After wiping their tears and patting their little wee heads, I told them I didn’t really care because I was going to be at home, on my couch, enjoying my DAY OFF . . .  Oh, stop!  Of course, I didn’t say I didn’t care.  I think I said something like Thursday is a DAY OFF so I didn’t care.  Er.  Wait.  That’s not right, either.  Well, it doesn’t really matter what I said because I have the DAY OFF.  🙂

Another popular center my kids are loving (besides Post Office) is Poetry Center.  It’s a little different this year because I can’t do Poem of the Week anymore.  Well, I guess I actually COULD do it, but I’m not allowed to do it during my two and a half hour fidelitytothecore (say it enough times and it becomes one word) Language Arts block because the poems I have are not from Houghton Mifflin.  So if I wanted to do Poem of the Week, I would have to do it during lunch or recess.  And call me crazy, but I prefer to nap during those times.  So the Poetry Center is very new to them because they haven’t really seen the poems before and they don’t have them in their Poetry Folder.  They actually don’t have a Poetry Folder.  I have their Poetry Folders.  I bought them when folders were on sale in the summer and then I added cute labels to them and they are just collecting dust in a cabinet at school.  People, if that’s not sad, I don’t know what is (well, it’s sad that there is no Bachelor or Bachelorette on TV right now but that goes without saying).

Anyways, the kiddos go over to the Poetry Center which is a fancy schmancy pocket chart and a basket full of ziplock bags with poems and word cards inside. 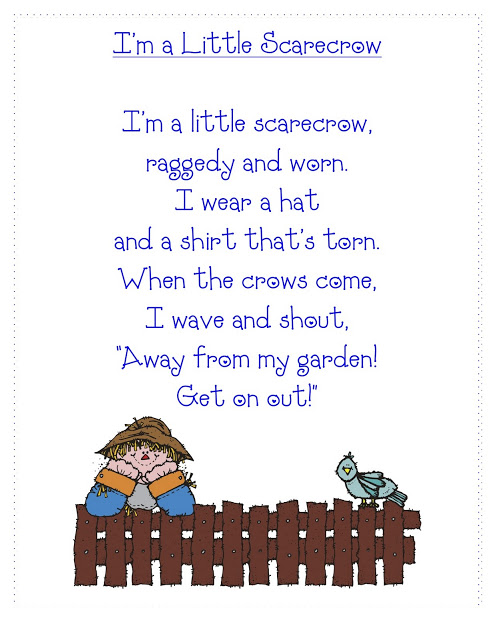 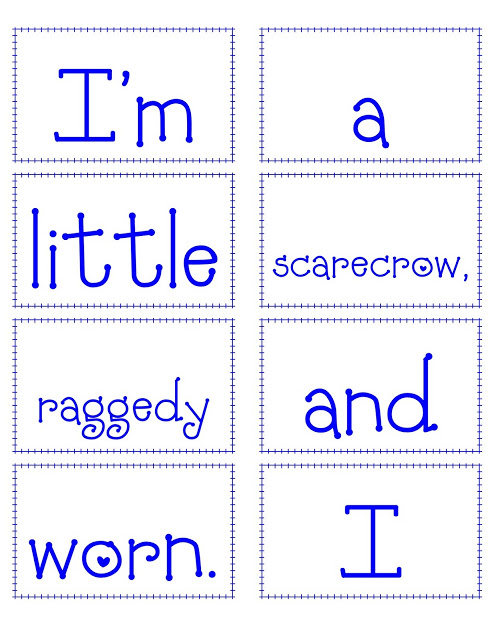 This isn’t new, obviously, but my friends just love putting the word cards into the pocket chart to rebuild the poem.  One of my talkative rambunctious no self control nice boys made me stand there and listen to him say each word from the poem one by one as he pointed to each matching word card.  It was excruciating magical!

I organize the poems by using construction paper.  For example, this particular poem is glued onto blue construction paper and laminated.  All of the word cards are also blue.  So if a first grader does not put all of the word cards back into the ziplock bag (this NEVER happens in my ship shape classroom), and we find a blue word card just hanging around somewhere (for example, by the sink or hiding in someone’s desk because it said the word “but” and he said student thought it was hysterical), we know where it goes.  I have other poems on their own color of construction paper to keep it all straight.  Students can choose which poem to build.  Click the pics above to grab this if you’d like it.  I’m also offering you a black and white version if you’d like to save ink (and your marriage).  Get the b&w poem {HERE} and the b&w word cards {HERE}.  (it looks like there will be a turquoise border around the poem but there’s not.  It’s awfully strange and I’ve never had this problem with Scribd before.  ???????)

Two or three times a trimester, students also have to memorize a poem for their Sharing topic (oral language).  They had this one a couple of weeks ago.  One of my boys dressed up in a torn shirt and funny hat.  And one of my girls sang it (think “I’m a Little Teapot”) and the kids spontaneously clapped for her instead of doing a Dr. Jean cheer.  LOVE IT.  Memorizing poems seems to be important to our second grade team so we do it.  You can check out my Sharing program {HERE} if you don’t know what the heck I’m talking about.  You’re not alone.

I have no idea what floats your boat but I am wondering if you’d like more of these?  Do you need some Thanksgiving poems?  I have two or three, I believe.   And then all kinds of others, too.  What do you do in your Poetry Center?  I’d love new ideas.

Did anyone see Survivor last night?  That Branden kid is on every last nerve in my body.  I want to sit him down and set him straight.  And tell him to be quiet.  Just shush up already.