We are learning about plants.

I like this unit because we kick it off with the actual planting of plants.


I used to dread the actual planting of plants because I felt rushed, out of control, and just a tad bit panicky.

These days . . . well . . . it’s no big thing.  I don’t know if that’s because I’m older, wiser, and more experienced, or if it’s because I’ve realized that feeling rushed, out of control, and a tad bit panicky just happens to be my teaching style.

Anywho, I’m sure you already know how to plant, but I thought I’d share my tips and tricks with you, especially if you have 32 first graders and want to know how to do it in under thirty minutes.

That’s right.  In under thirty minutes.

Second, before playing the video, you have a chat with your kiddos.

We’re going to plant garden beans today!
Then you’ll have to wait for the applause to die down, as well as the choruses of We did this in Kindergarten!!!
Third, you model how to scoop pretend soil into a pretend cup in the air.  Make a big deal out of scooping too much soil and too little soil.  This can be hard to do since it’s all invisible at this stage so be sure to ham it up big time.  Use big eyes and funny faces to accomplish this stage.
Fourth, model how to drop four pretend seeds (FOUR SEEDS!!  WE GET FOUR SEEDS!!!???!) into the pretend cup and push them down and cover them back up with soil.  Again, because this part is pretend, you have to over-do it.
Last, put your pretend cup under the pretend trickle of water at the sink.  Then go put your cup on the windowsill.
I made my kids do these steps over and over in the air because I didn’t want to have to say it 32 times.
(I guess I have a step before the first step which we can call step zero.  Step zero was that I wrote each kid’s name in sharpie on the plastic cups ahead of time, as well as cut open the bag of soil and set it outside my door.)
While my kids watched The Magic School Bus Goes to Seed, I called a few at a time outside to plant.  My door was open the whole time so my kids were not unsupervised unless you count that one minute that a cup blew away and I had to chase it down the stairs and around the corner. 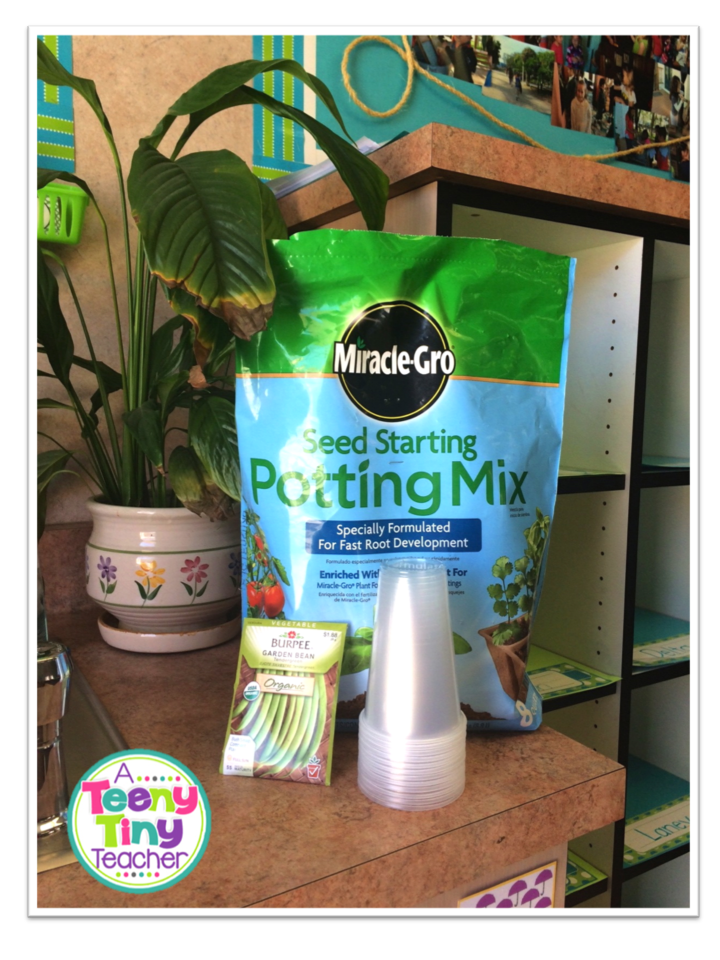 Clear plastic cups are key if you want to see the roots grow.
This Miracle-Gro Potting Mix is also key because it’s
“specially formulated
for fast root development”. 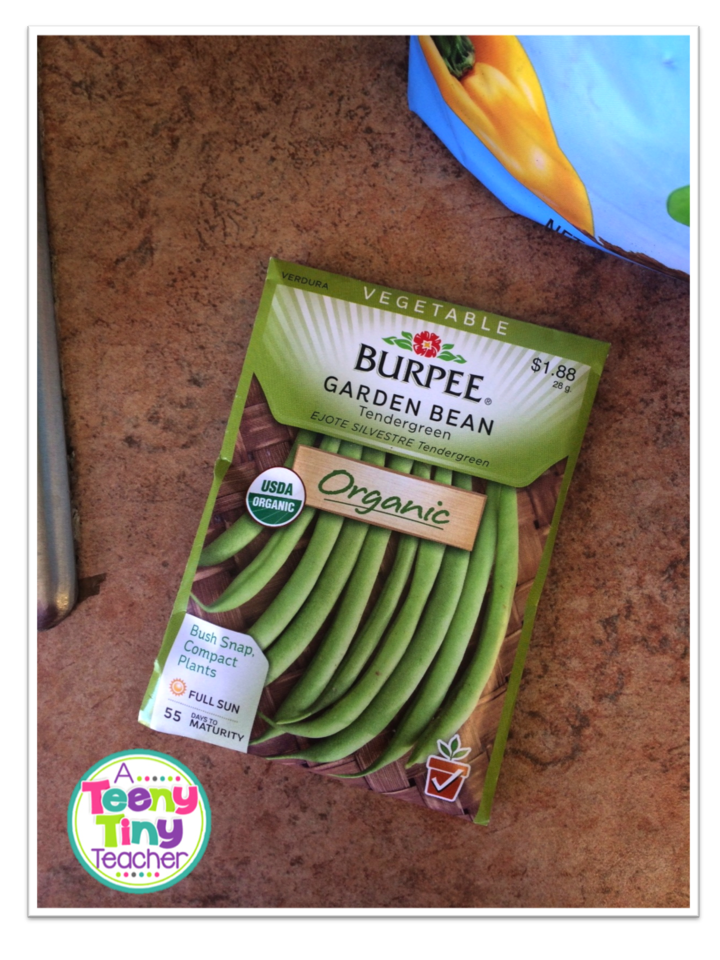 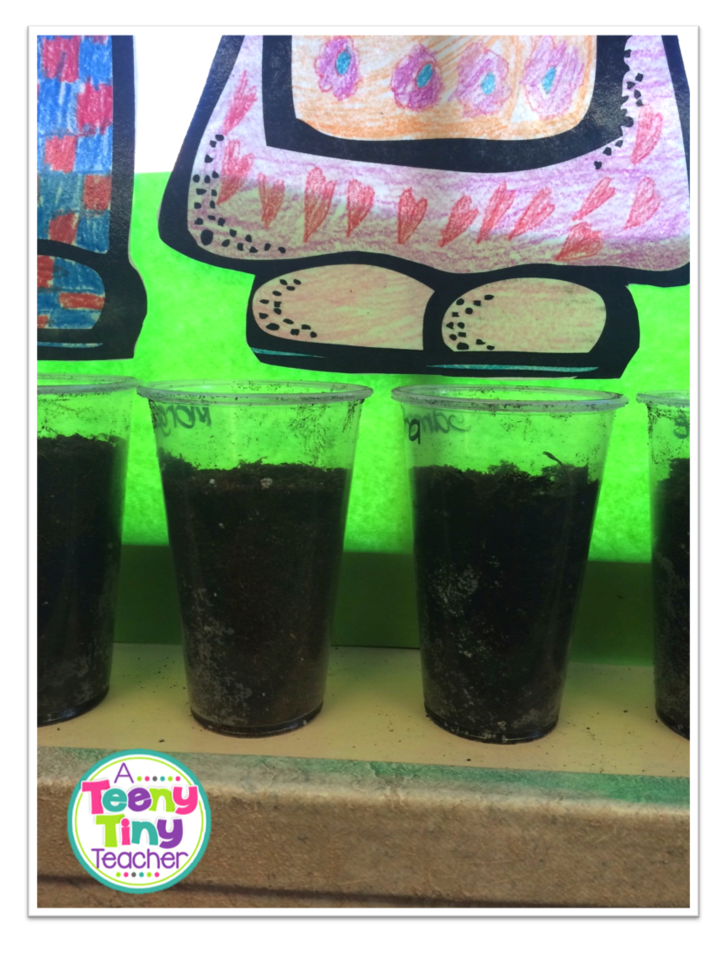 And here they are.
Day 1.
I only had a couple of kids try to water their soil before they had soil in their cups.
And I only had one kid hold his seeds in his hands and tell me he had planted them.
I don’t know if he was going to eat them or just forgot the steps.  You never know.
One last thing that I always do is plant 4 – 5 extra cups when my kids aren’t looking.  That way, I can switch them out with any duds that just don’t grow.
For some reason, there’s always one or two duds.  And by duds, I mean one or two kids who drown the everlasting lives out of their seeds and grow mold instead of garden beans.
I just pull a little switcheroo.
And there you have it.
How to plant 32 plants in under 30 minutes and still have your sanity.
Or most of it, anyway.
😉
« Sunday Summary
Five for Nothing »